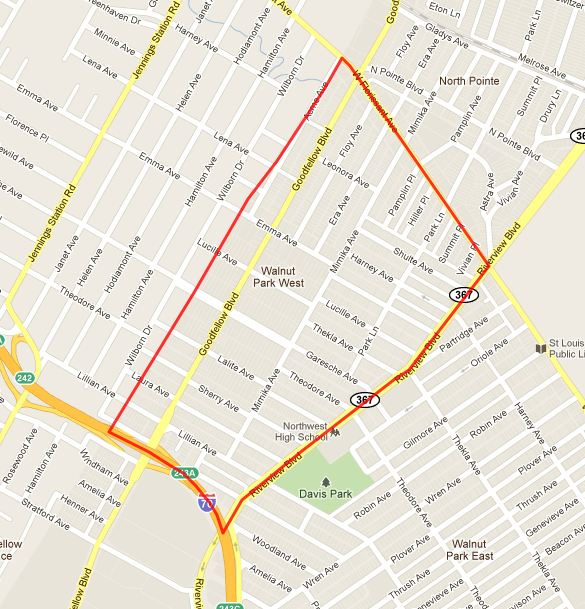 Walnut Park West is a neighborhood in northwest St. Louis. It is bound by I-70 to the south, Florissant Avenue to the northeast, Riverview Boulevard to the southeast and the city limits to the northwest (it abuts the City of Jennings). Using the tried and true method of dumpster watching (city and county dumpsters and roll out carts are different), the city limits stay pretty close to Acme Avenue.

The neighborhood proximity to major thoroughfares and interstate and the availability of public transportation provide easy access to shopping, services, and employment opportunities. The housing in this neighborhood is a combination of brick and frame single-family dwellings. Most were build between 1900 and 1930 by German immigrants. In addition, the neighborhood is supported by several churches and community groups. The area is home to many young families. Residents throughout this neighborhood are working together to strengthen and build their community. In response to the housing development needed by the neighborhood, Operation ConServ has established a community-based, not-for-profit housing corporation. Many residents have formed block units providing the opportunity to meet and to discuss ways to improve the area’s surroundings.

The history of Walnut Park West is as long and rich as most other parts of our fair city.

The land now considered Walnut Park dates back to land held by the Spanish and transferred to Americans through land grants. Large holdings were transferred to some very familiar family names in St. Louis history including the St. Cyr, Clemens, Mullanphy, Shreve, Switzer and Jennings among others who by the mid 19th Century had established family estates.

By the 1850’s, most of the area was under cultivation or used as pasture for dairy farms. One of the largest farms was that of Charles E. Bircher, who had established his homestead on the present Small Arms Plant site in 1849. A typical farm in Walnut Park was one owned by a family named Wipperman during the 1880’s. It covered about eighty acres near the present intersection of Davison Avenue and West Florissant. This farm had a pasture, truck garden, pond, orchards and acreage planted in alfalfa, corn and beans.

Its well furnished a welcome place of refreshment for travelers to nearby Calvary Cemetery.

Platting of these farms into residential subdivisions began with the Walnut Park and Jennings Heights developments in 1888.

The neighborhoods that you see today date back to the early 20th Century:

The decade after 1900 was the one in which most of the area’s subdividing was accomplished. Some of the larger ones were West Walnut Park, between Riverview and Mimika; Acme Heights, west of Goodfellow and north of Emma; Bircher’s Subdivision, bounded by Riverview, Theodore, Thrush and Bircher, and the two tracts between Emerson and Thrush Avenues, extending from Florissant to Bircher. Within the latter areas were Florissant Avenue Hills, Westfield, Union Avenue Heights and the Strodtman Heights additions. The 1900-10 decade also saw the platting of most of the blocks between Kingshighway and Euclid, south of West Florissant Avenue. Durant Park was platted in 1920 in the area bounded by Kingshighway, Bircher, Ruskin and Thekla. In the section west of Riverview, the balance of the vacant area was developed between 1910 and the middle 1920’s, beginning with Coshocton Heights in 1911, followed by the Finch subdivisions on Florissant Avenue in 1920, North Pointe in 1921, and Lilian Terrace and Electra Park in 1926. The last subdivision in the area was Norwich Place in 1950.

The railroad had a huge impact on Walnut Park in it’s glory days, and I-70 did as well I suppose starting in the 1950’s, but it didn’t exactly bring the industry, business and prosperity the rails did….different place, different time.

Industrial development in the northwestern portion of St. Louis is primarily due to the St. Louis Terminal Railroad (now Terminal Railroad Association), which began to acquire right-of-way through the area in 1892. After the laying of track was completed in 1900, availability of rail access along with the vast area of vacant land attracted many new industries. This belt line connects the railroads along the river in the Hall Street section with lines in St. Louis County.

Public transit reached the Walnut Park area in 1893, when the Bellefontaine branch of the Union Depot Railroad Company was extended out Florissant Avenue from Grand to Calvary Avenue. This new electric line was intended to serve visitors to the cemeteries. About that time, the St. Louis and Suburban Railway placed in service an extension running north on Union from Forest Park to Florissant Avenue. The Florissant Avenue Electric Railway Company then built a line west on Florissant from Calvary Avenue to Robin Avenue. After the transit consolidation of 1899 and the merger of the Suburban line with the consolidated United Railways in 1907, these lines came under control of that company. The Florissant Avenue line was added to the Bellefontaine line, looping at Robin Avenue.

About 1911, a locally owned trolley line began operations on Florissant Avenue westward from the loop at Robin Avenue to Jennings Station Road and later ran a branch on Helen Avenue from Florissant to Lilian. It was called the “Dinky” because of the small size of its cars. Lack of business forced the line into bankruptcy in 1925. Soon after that the St. Louis Bus Company, operated by the United Railways, began a bus line from the loop to Jennings and also south on Helen Avenue and Jennings Station Road to Natural Bridge. In 1924, the Peoples Motorbus Company inaugurated its Walnut Park line providing direct service downtown. It looped at Riverview and Thekla and ran eastwardly through the area to Kingshighway and thence eastward on Florissant Avenue. This company was absorbed later by the United Railways. By 1947, streetcar lines in the area were converted to bus operation by the St. Louis Public Service Company.

Through traffic in the area uses West Florissant, Union, Kingshighway, Riverview and the Mark Twain Expressway (Interstate 70). The route for I-70 was chosen in the early 1950’s, with final surveying beginning in 1955. Demolition for its right-of-way took about 200 houses and five businesses from Walnut Park. Some houses were removed to other sites after being sold at auction. Clearance for the highway began in 1956 and construction started two years later; Mark Twain Expressway was opened in June 1961, and soon found its traffic volume design capacity exceeded. It provides a convenient link for Walnut Park with both downtown and Lambert Airport.

So I’ve been at the this neighborhood profile project for over a year. Walnut Park East was one of my first North City posts. I walked away from Walnut Park East feeling pretty hopeless for this part of the city. But, an individual working for positive change in the Walnut Park area contacted me and invited me to discuss some of these positive activities that are occurring in the area and I decided to do a part 2 post for Walnut Park East after meeting with her and understanding some details around the charity/social work in the community.

So I’m not changing my approach in Walnut Park West today; but I will try to get more pictures to document what I see. When I did the WPE post, I was hesitant to show the many, many negatives that I saw. WPW is pretty similar to WPE. Demographically and racially speaking, there is absolutely no diversity. Take a look at the census numbers above, they don’t lie; and, I don’t expect to see any increase in diversity in the 2010 numbers based on my observations.

The homes are all smaller in scale, yet densely structured and spaced. Sadly, this neighborhood has not been maintained and is slipping fast. Here are some examples of what I mean: 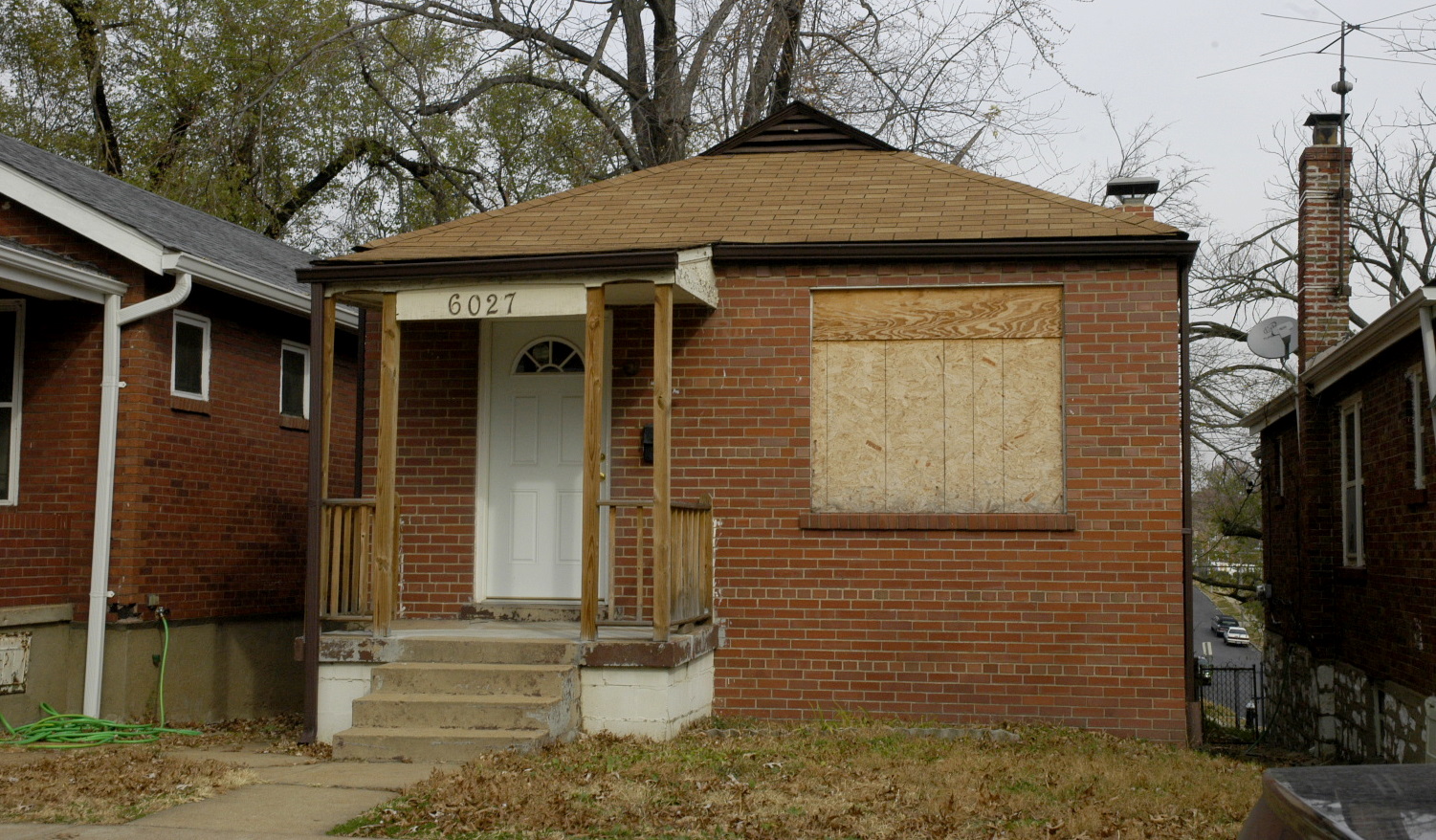 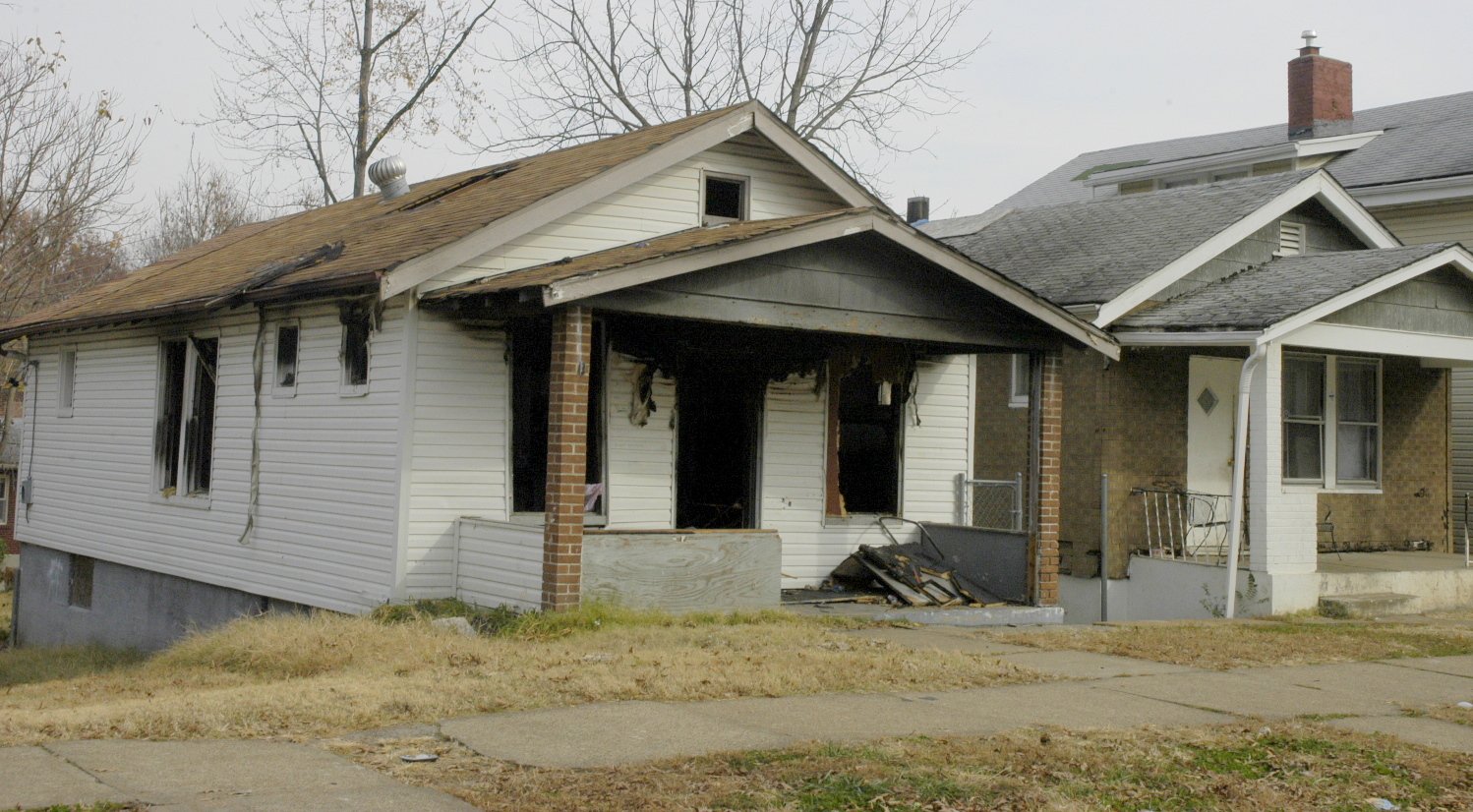 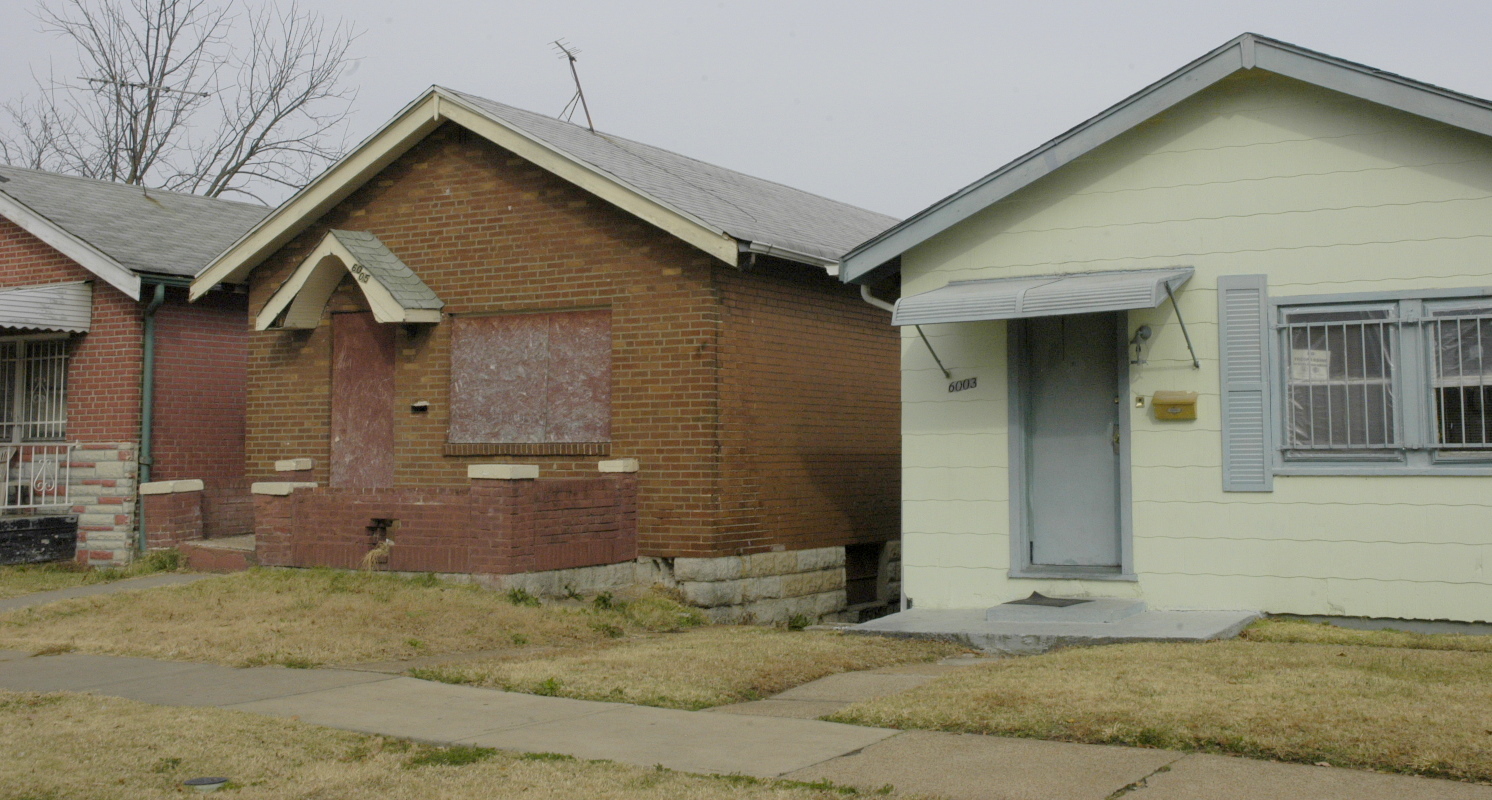 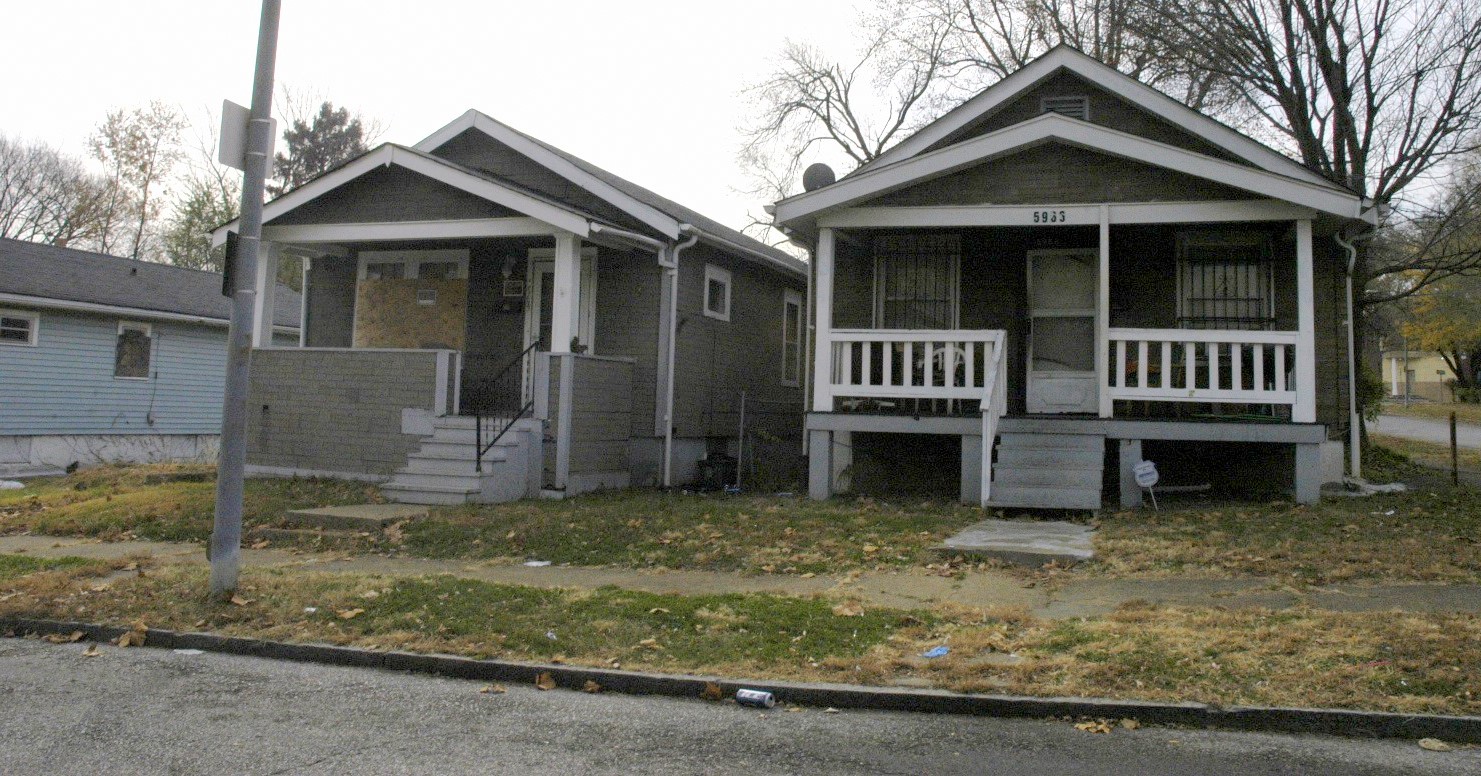 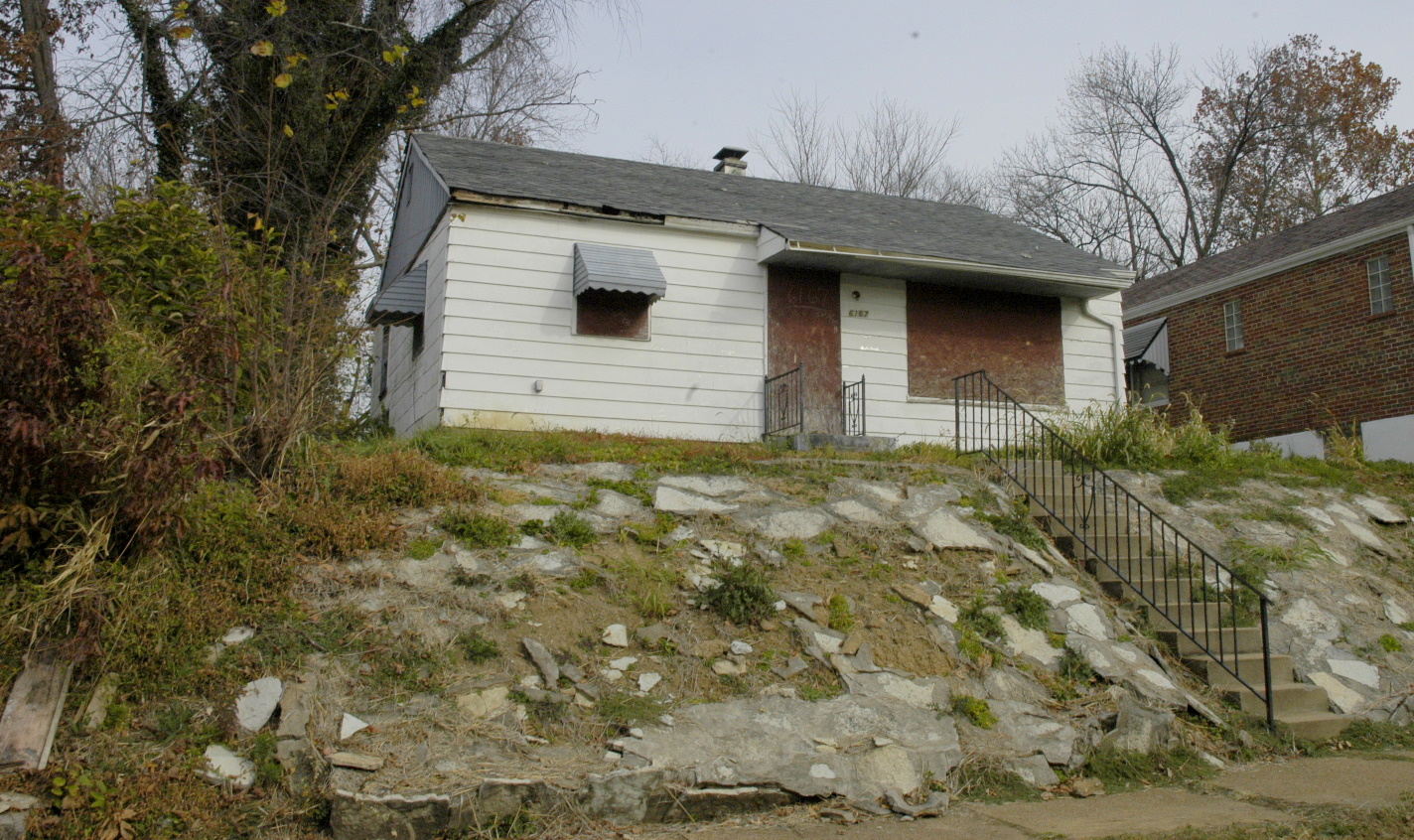 There are some decent streets and properties that are hanging on. 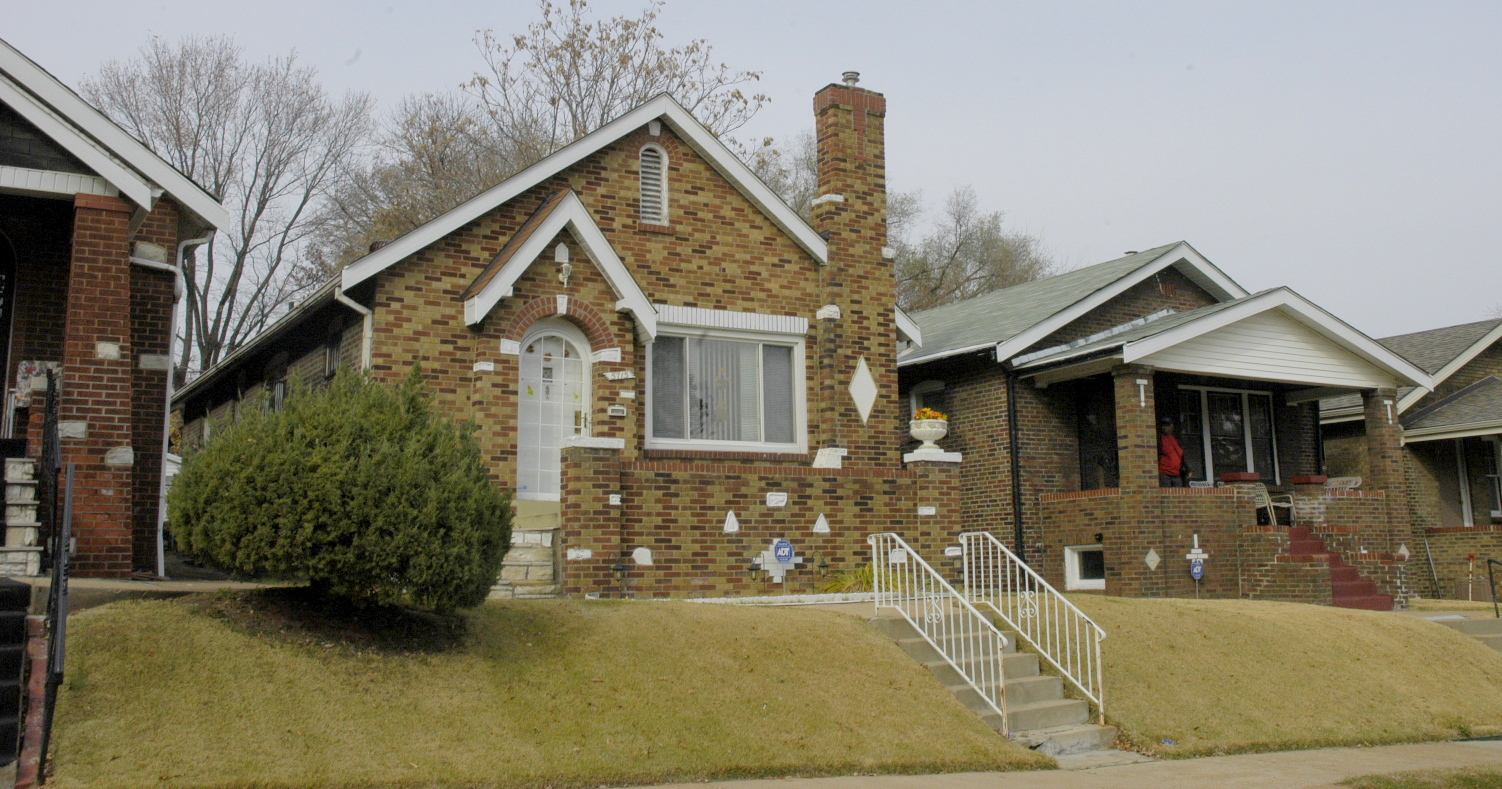 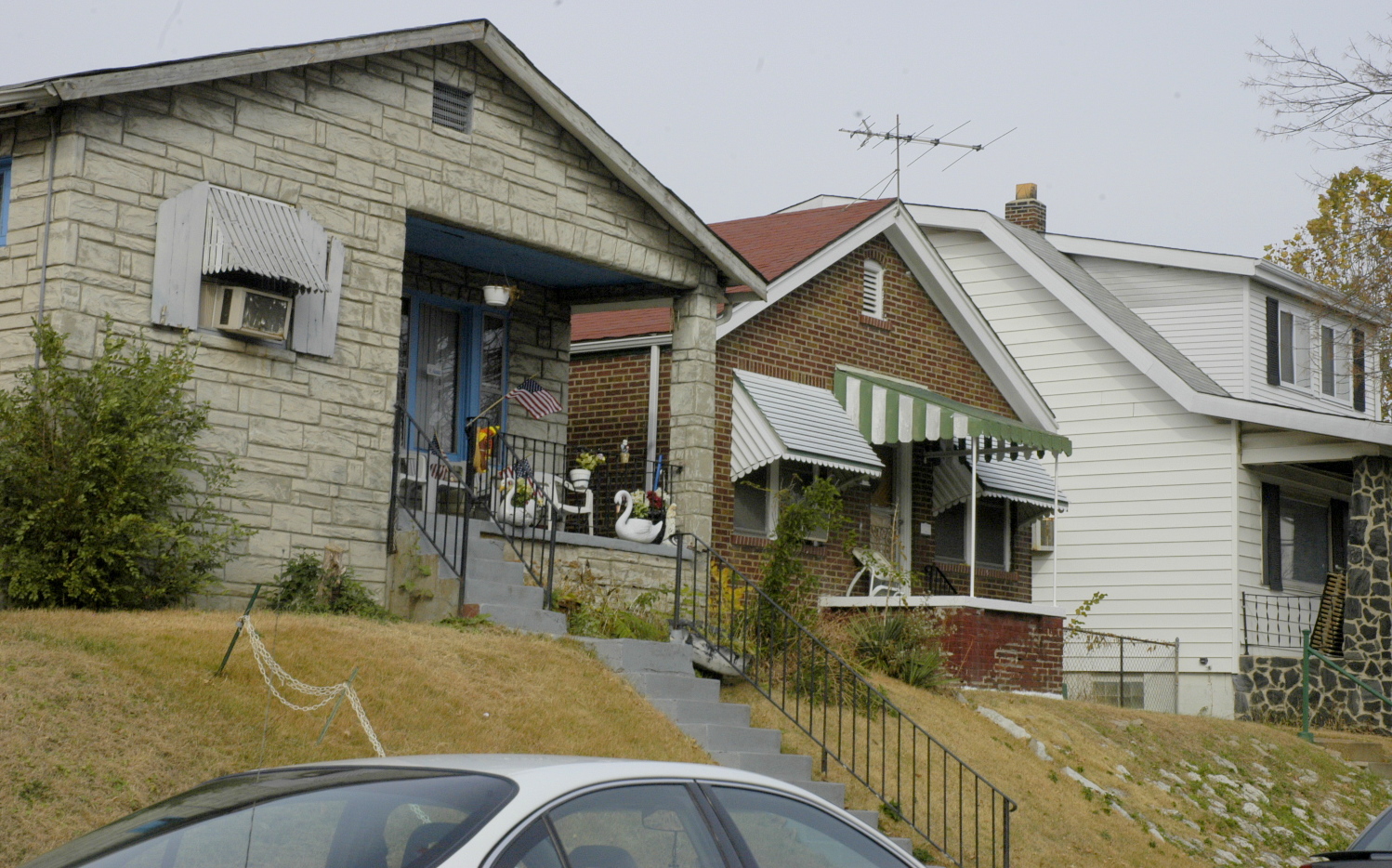 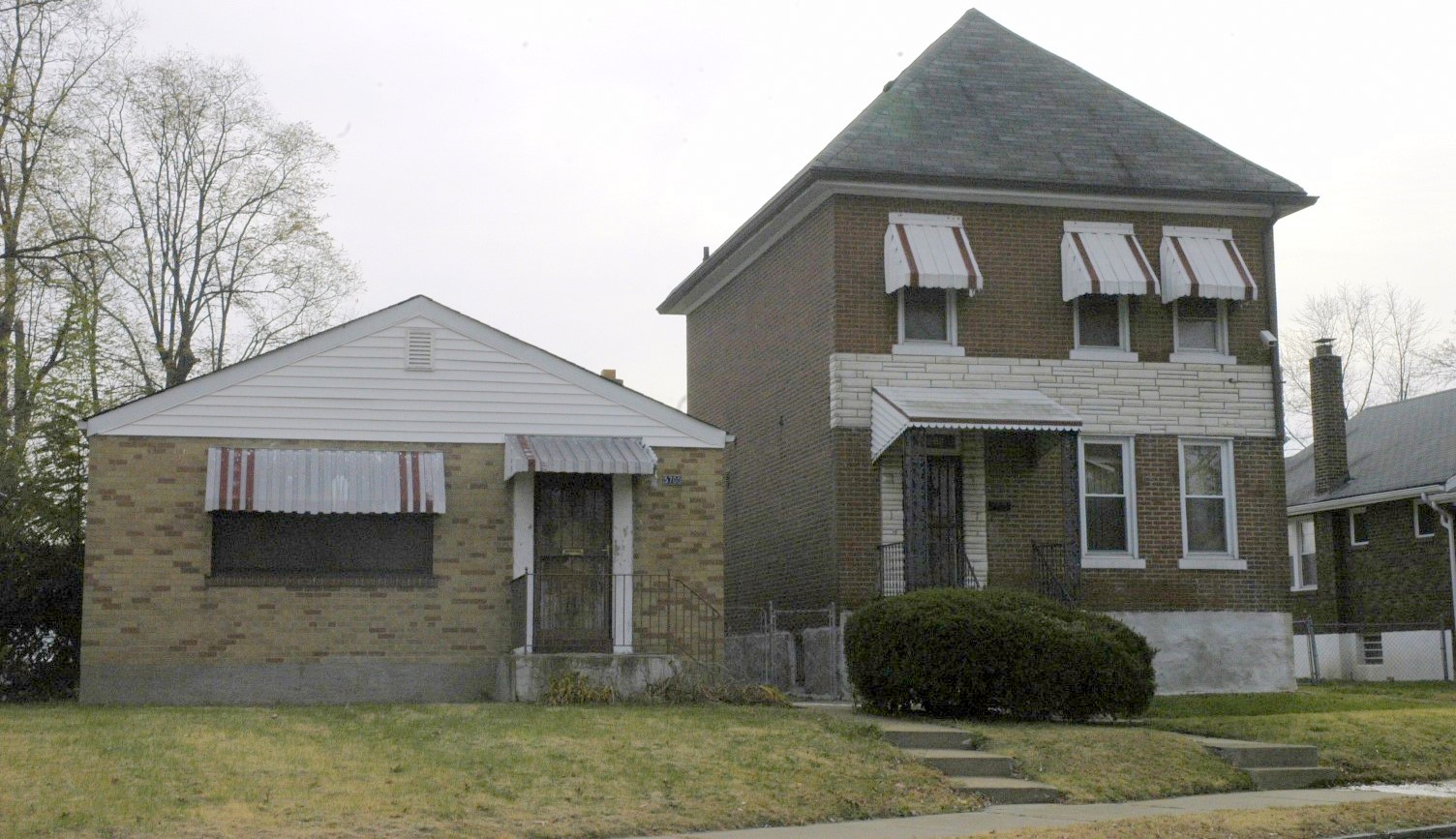 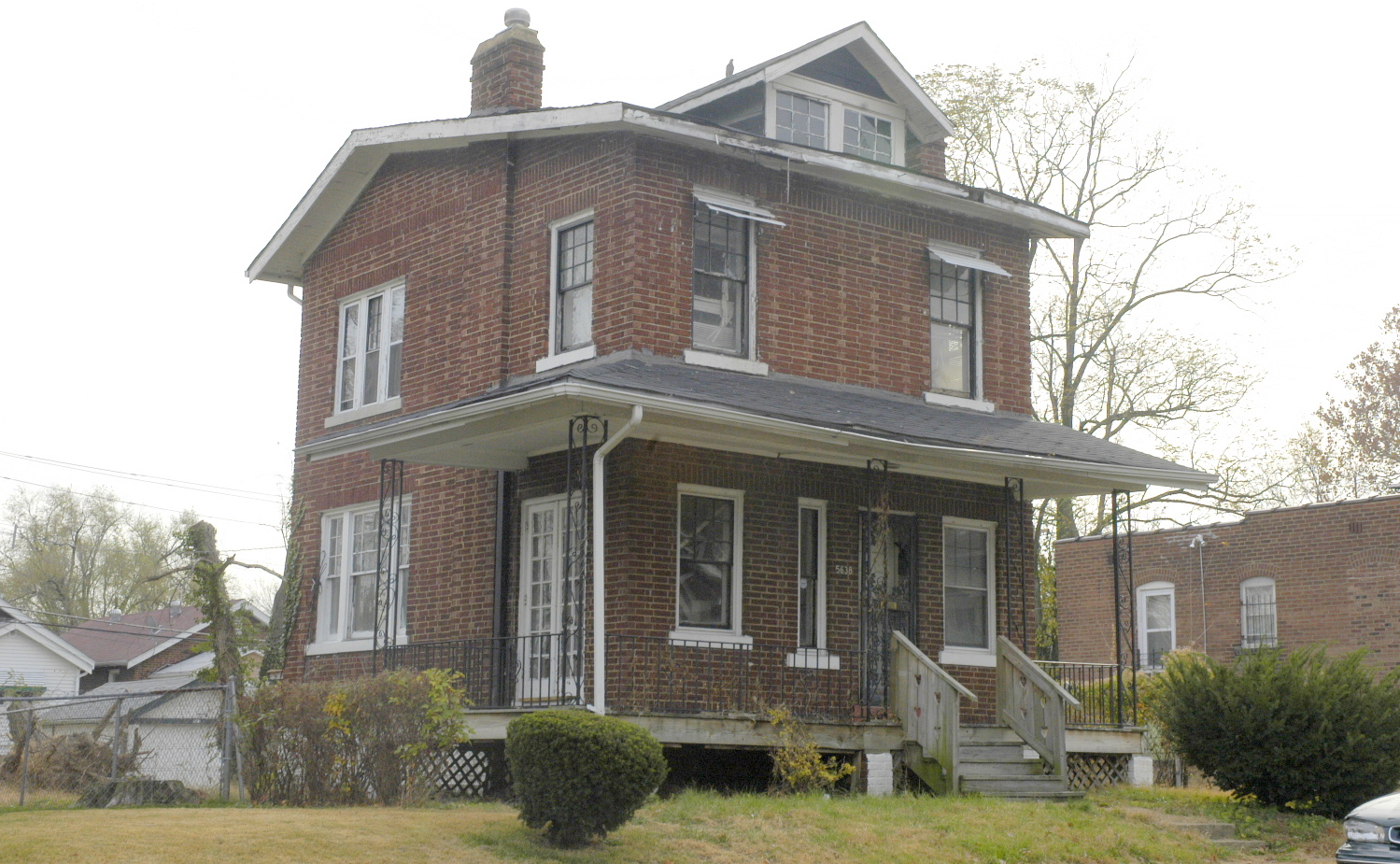 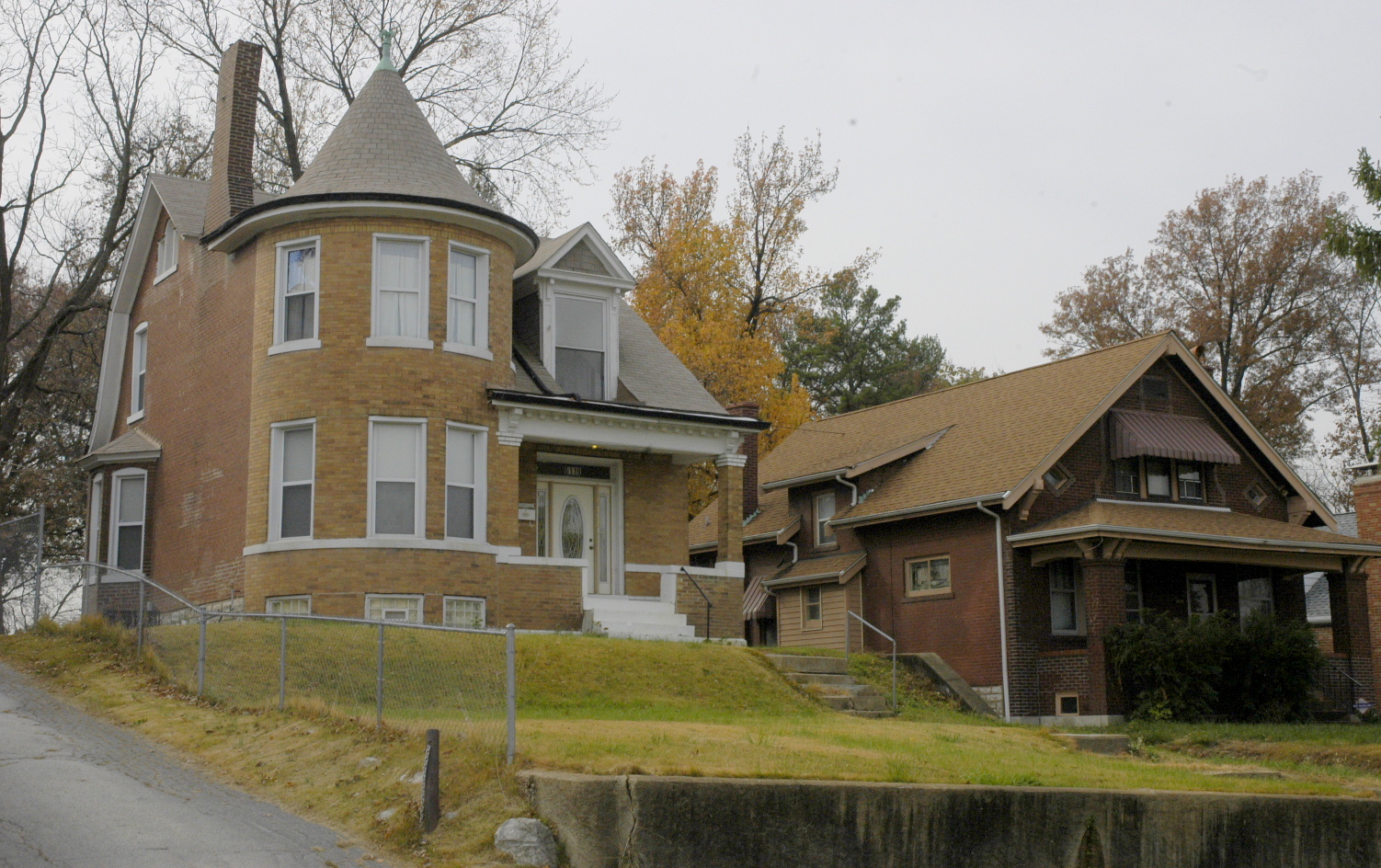 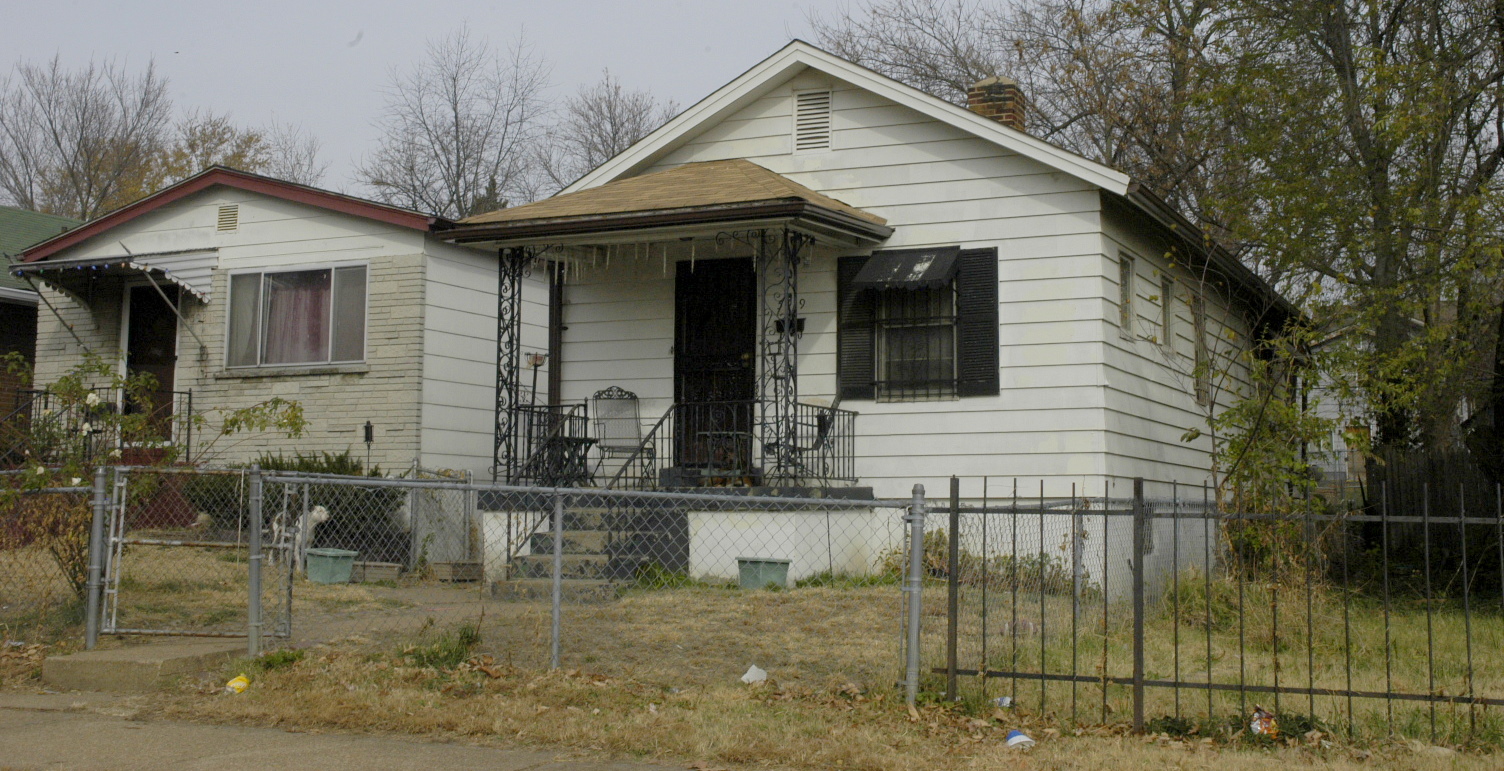 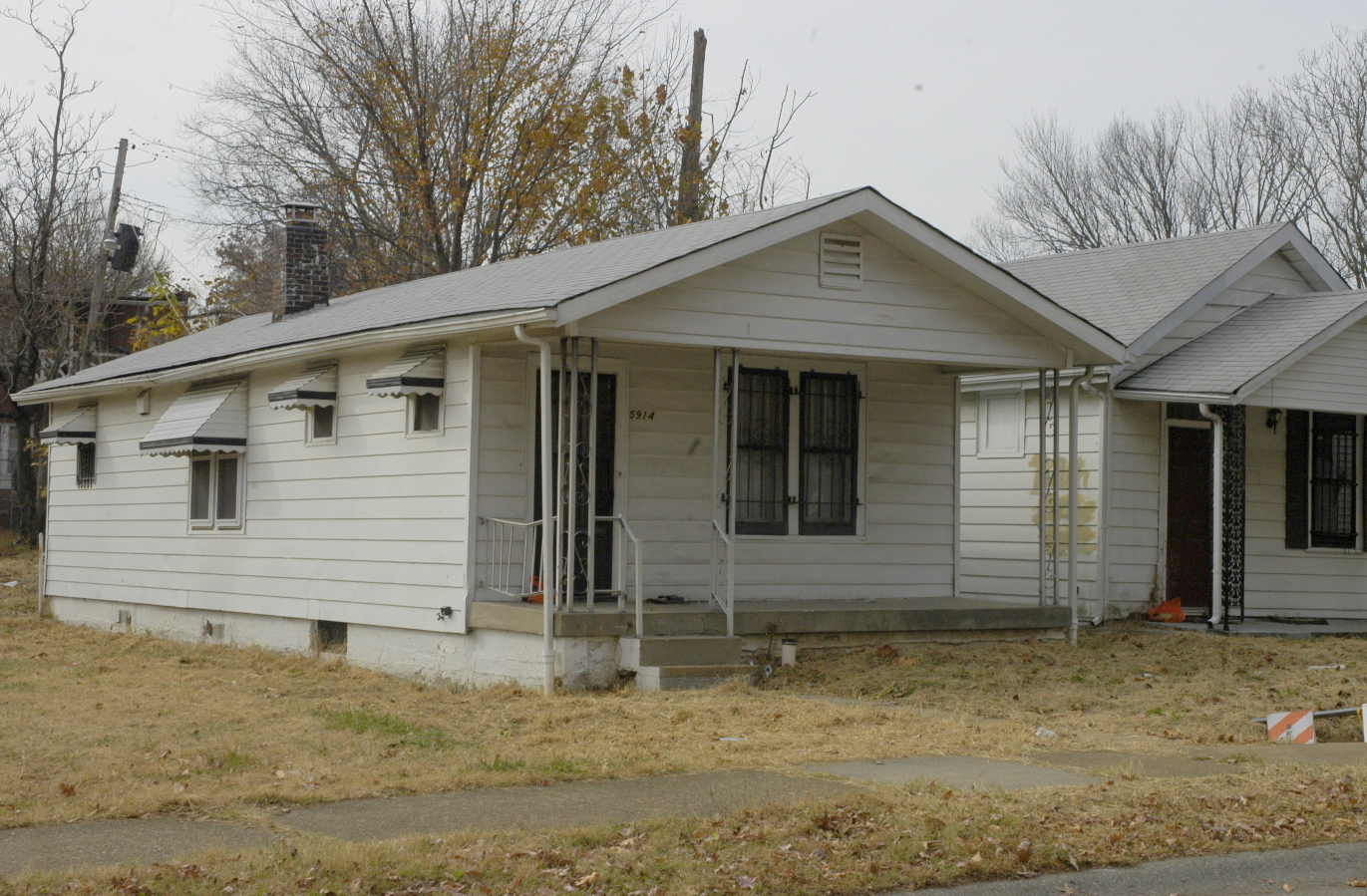 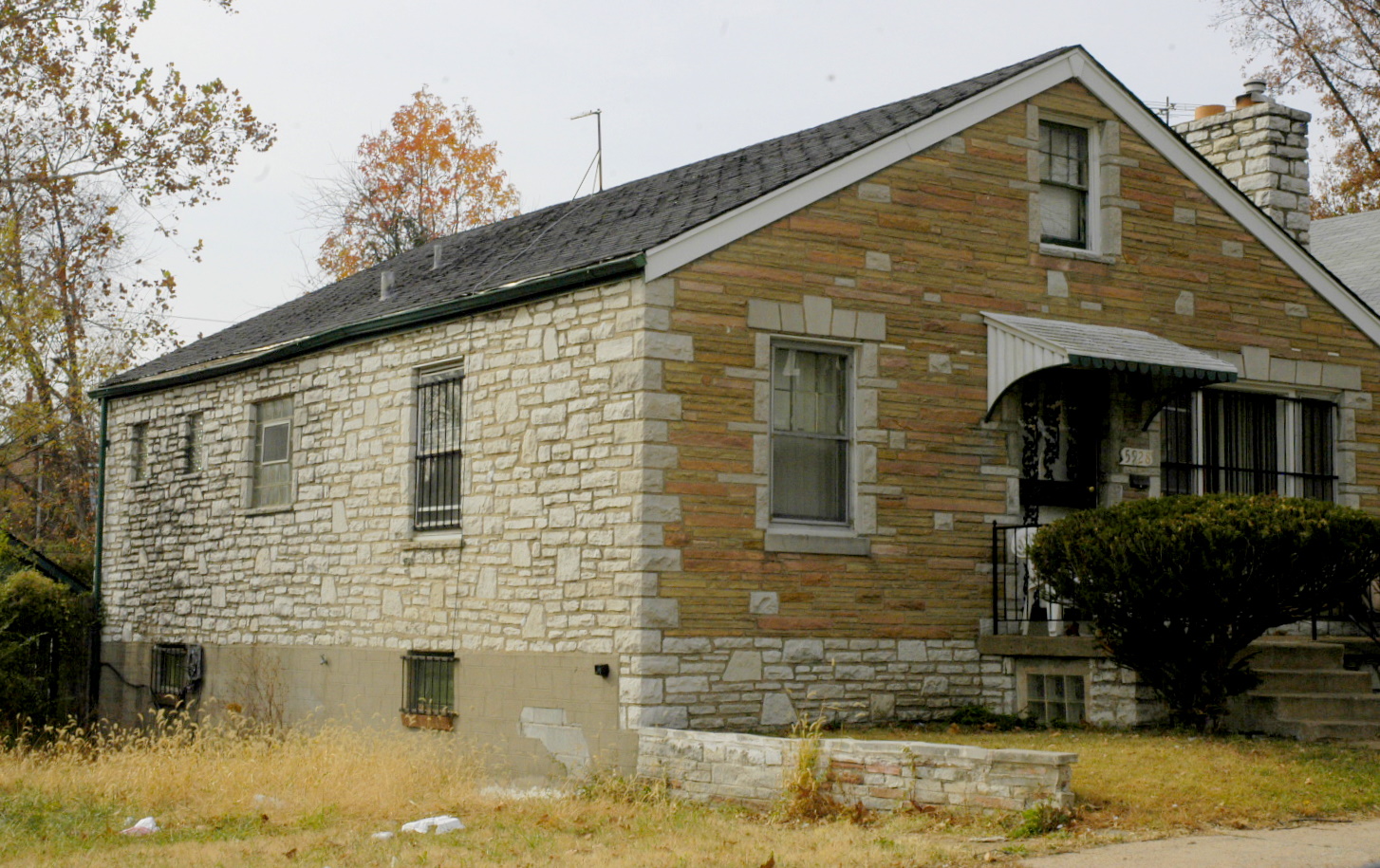 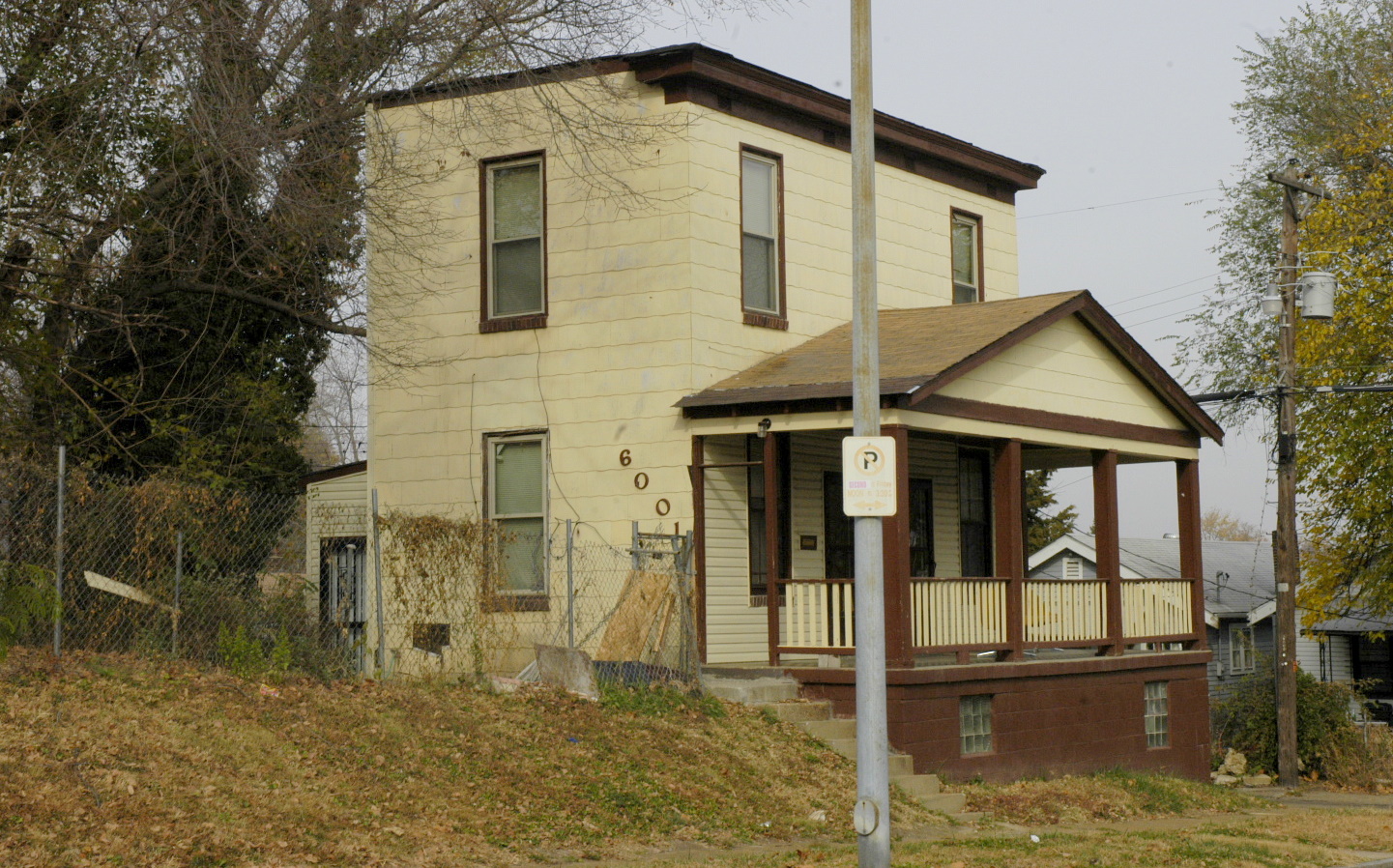 Several streets have been blocked off on the eastern side with gates such as these: 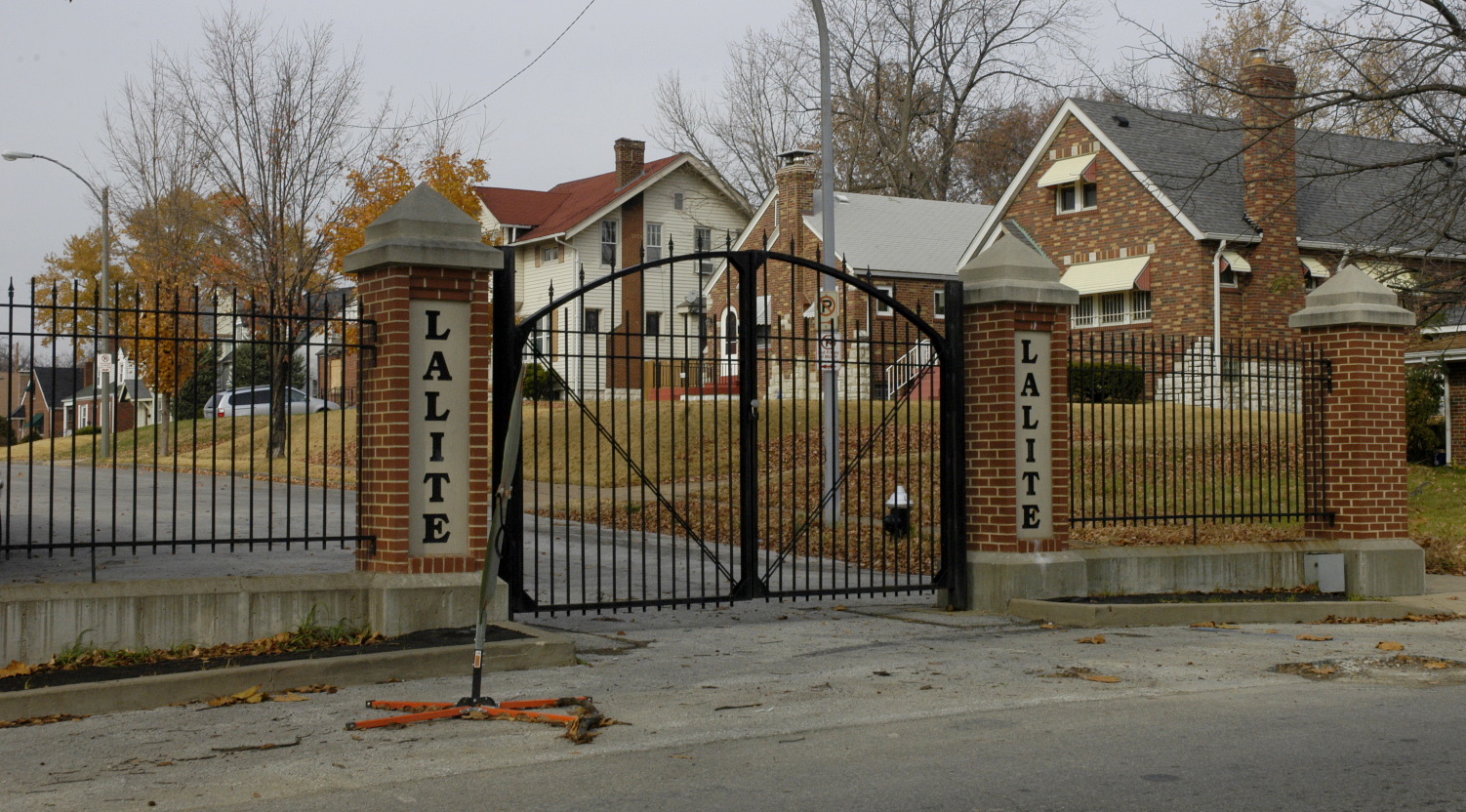 The gates seem to have done their job of keeping things in order, as Lucille, Garesche and Lalite Avenues are clearly the nicest streets in WPW: 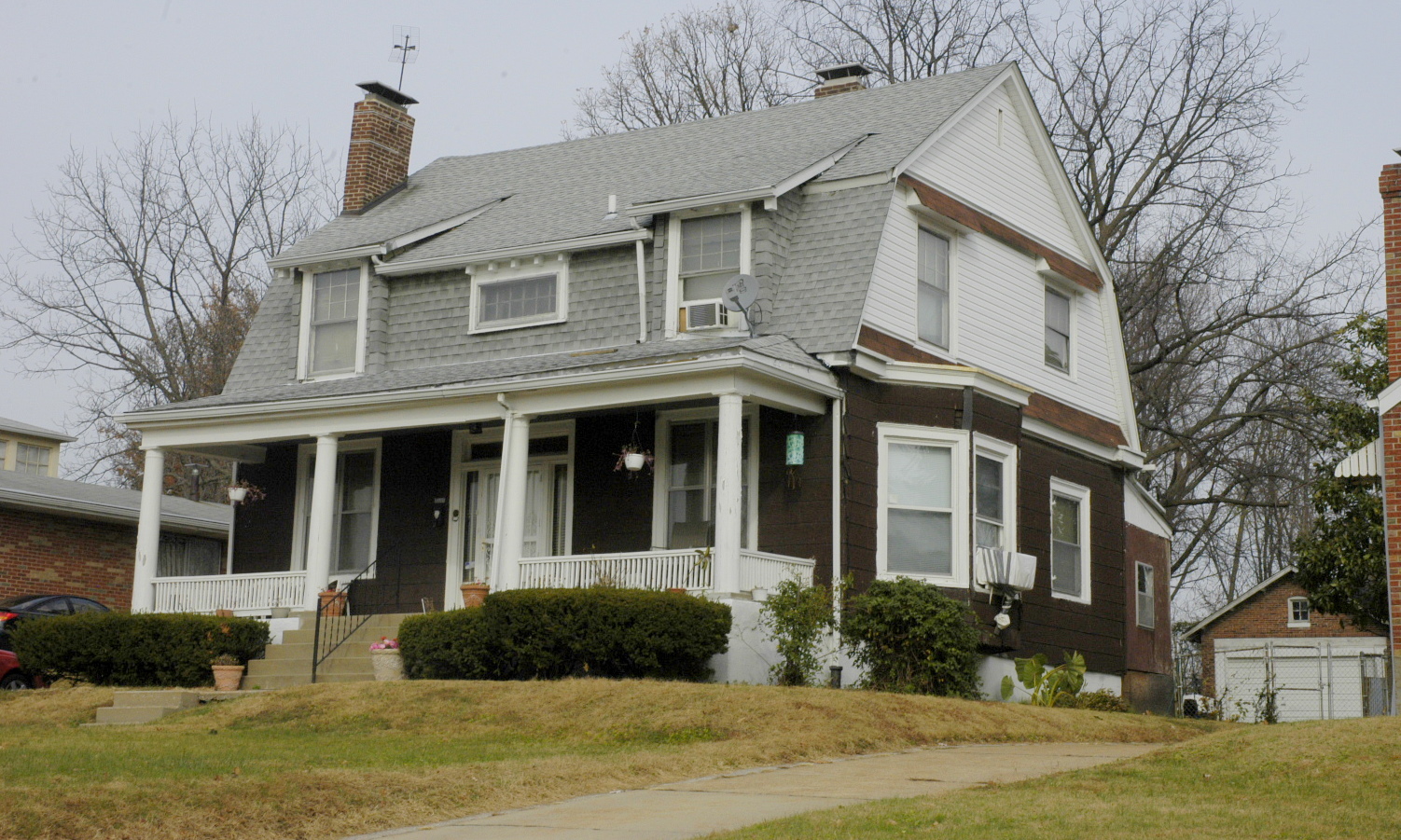 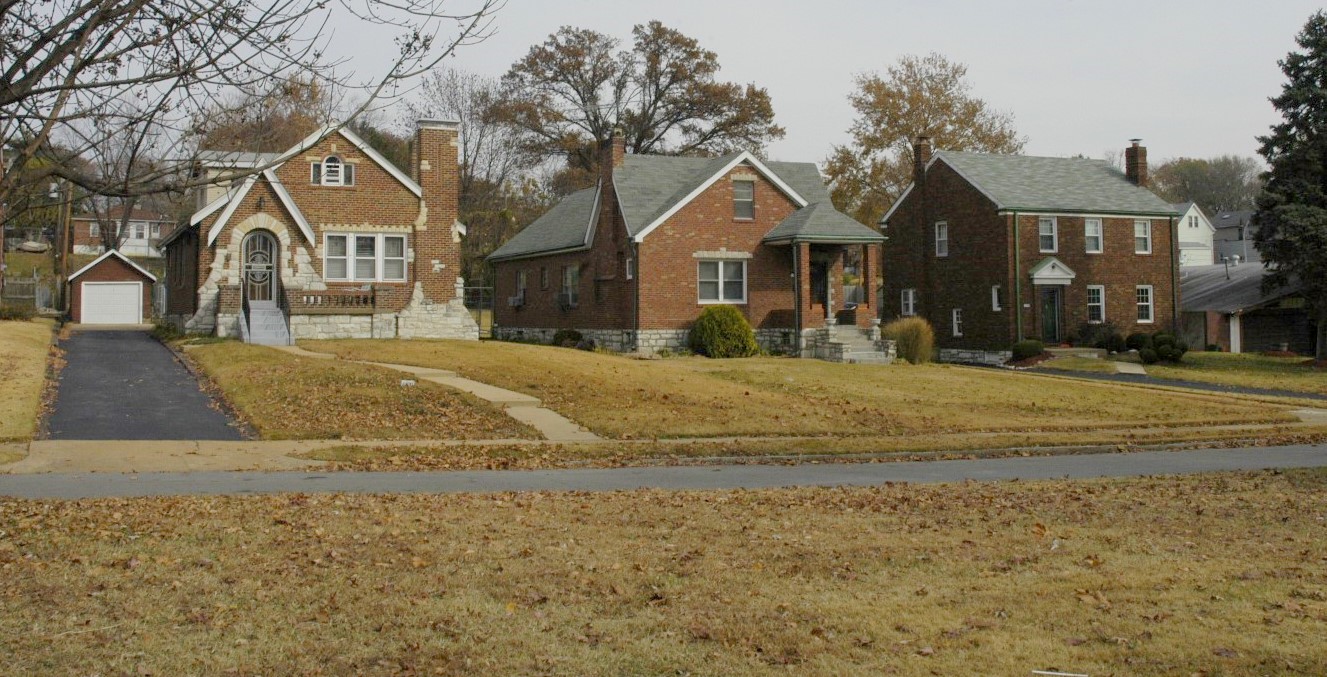 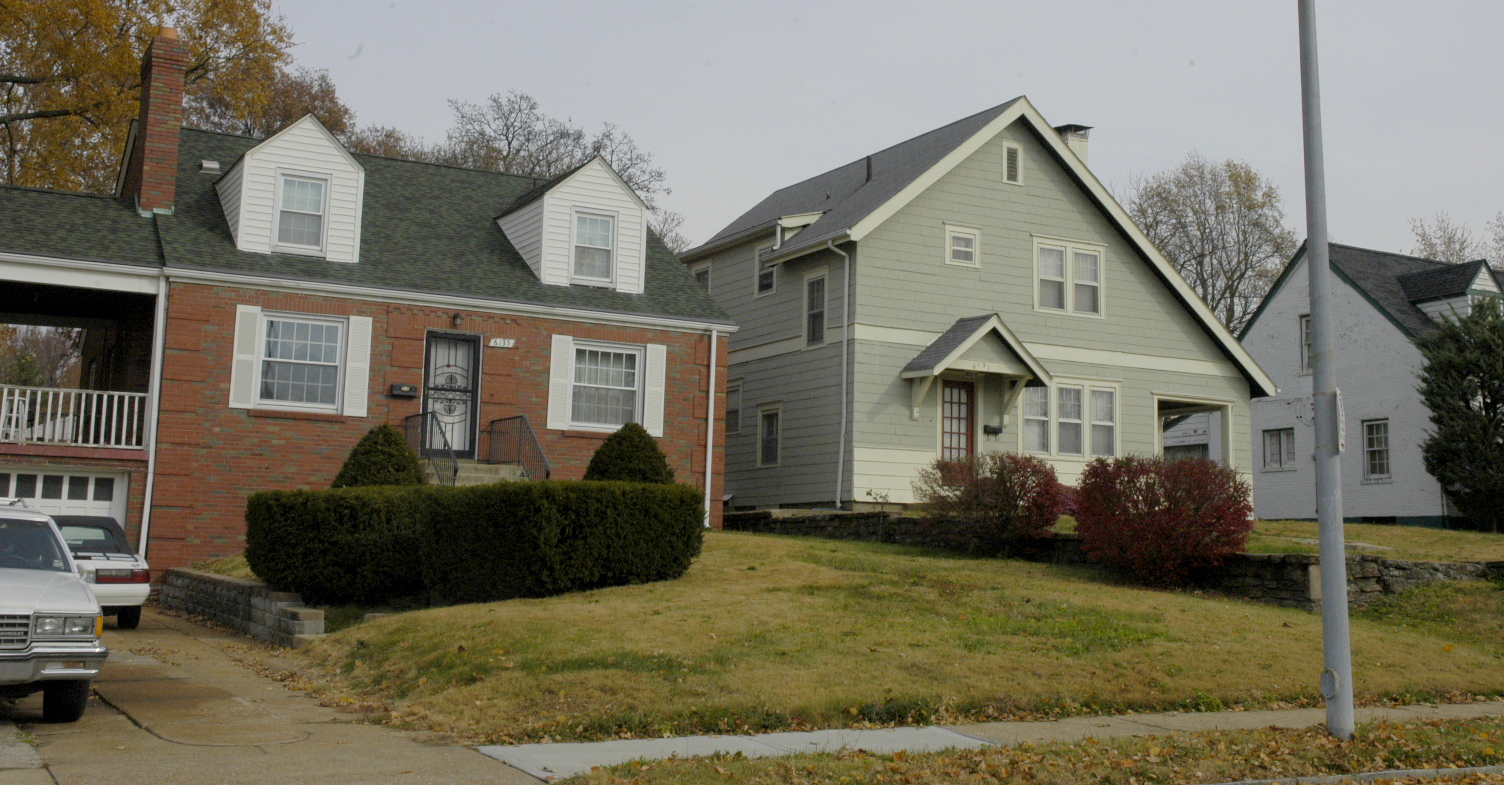 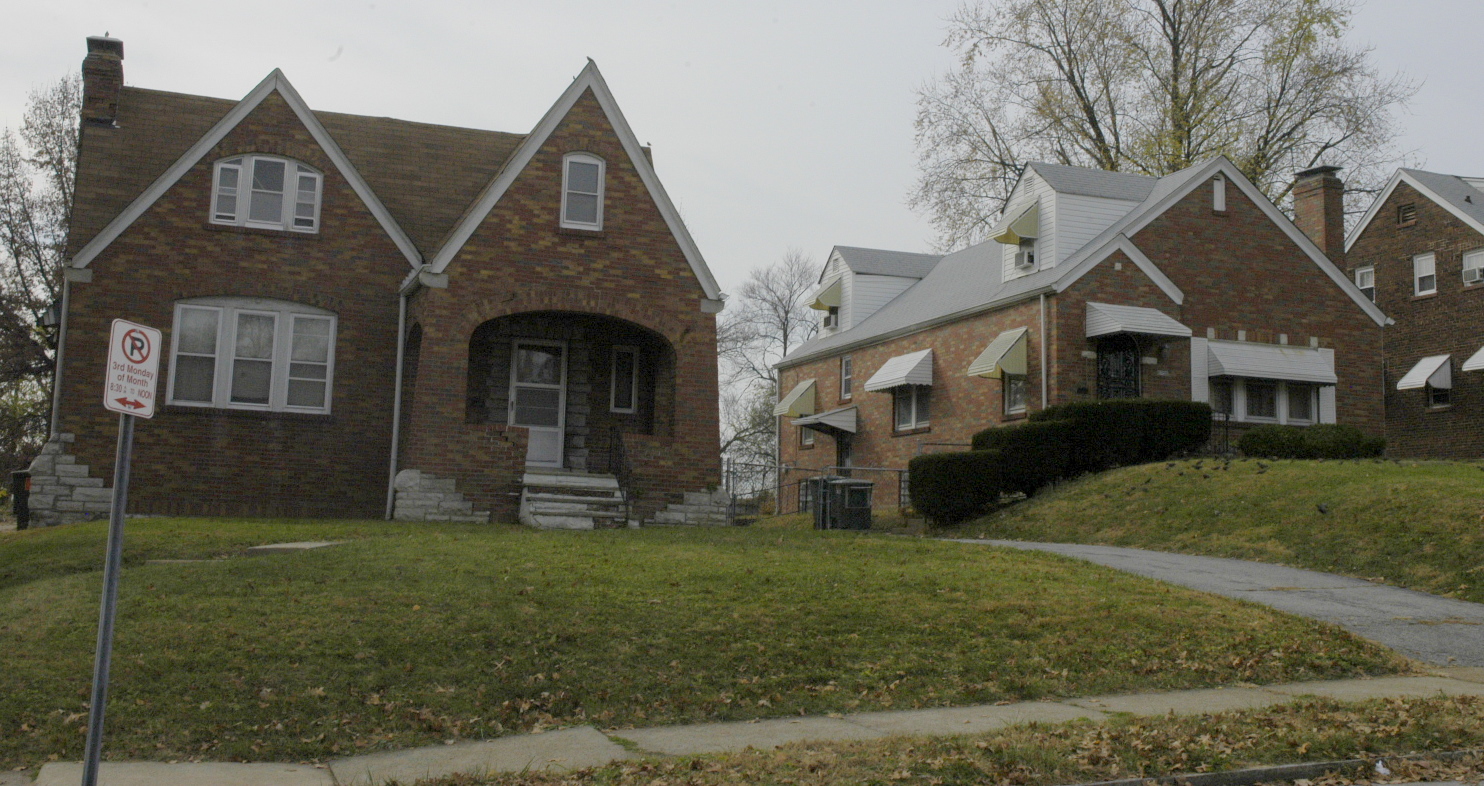 Frankly, the other parts of the neighborhood have not been so lucky.

Riverview is a nice street with well maintained medians, crosswalks and street lights: 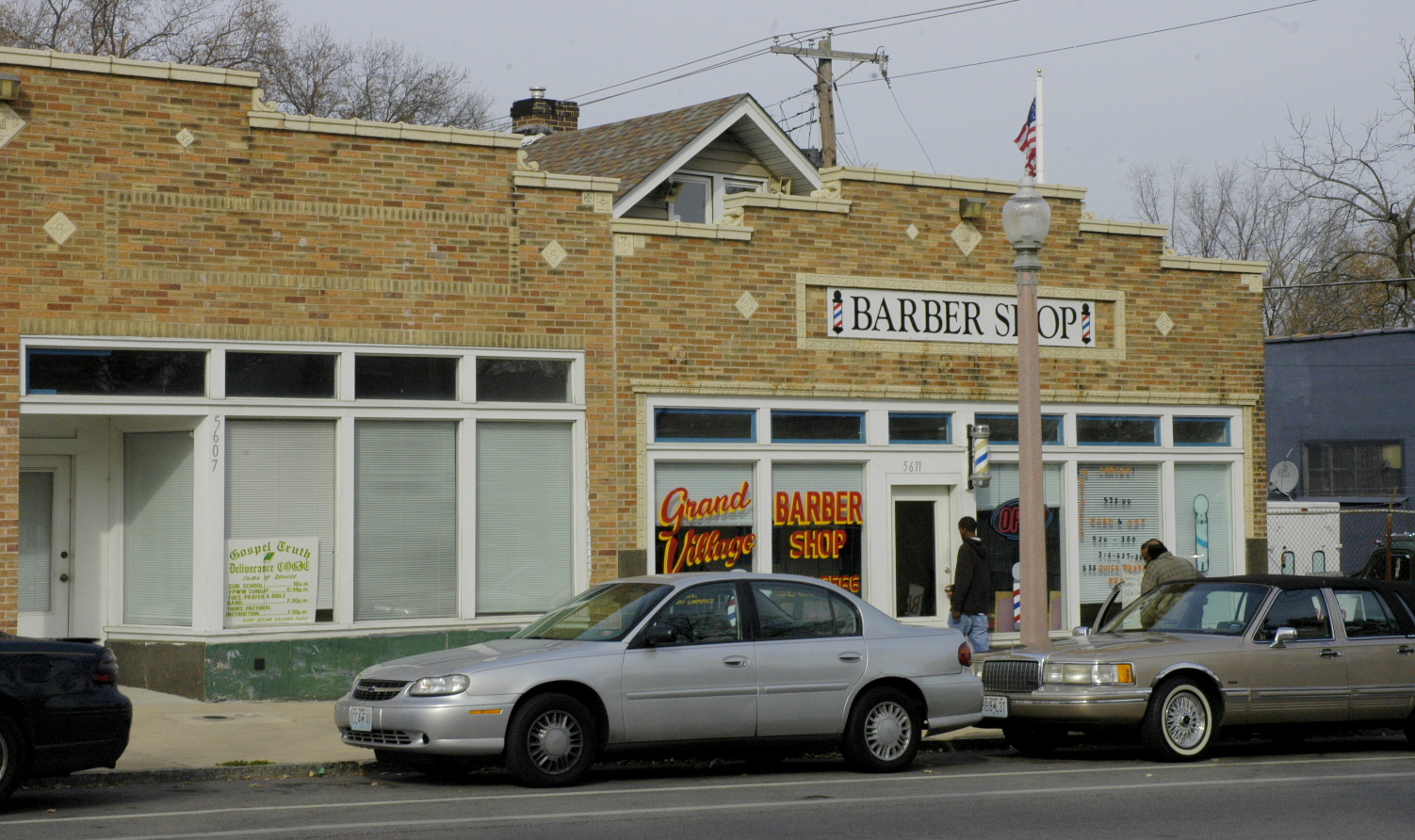 Florissant Avenue has some interesting relics from the past: 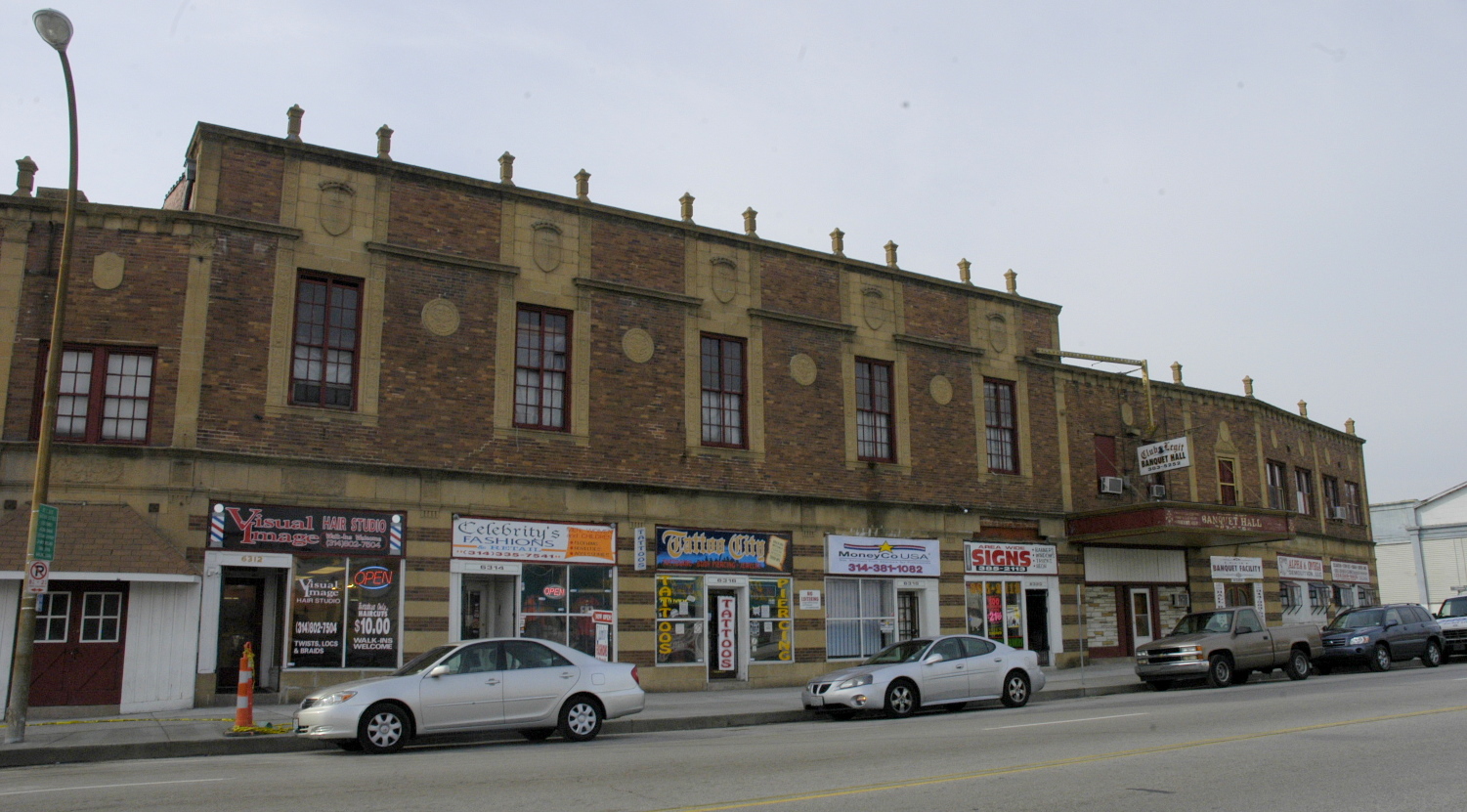 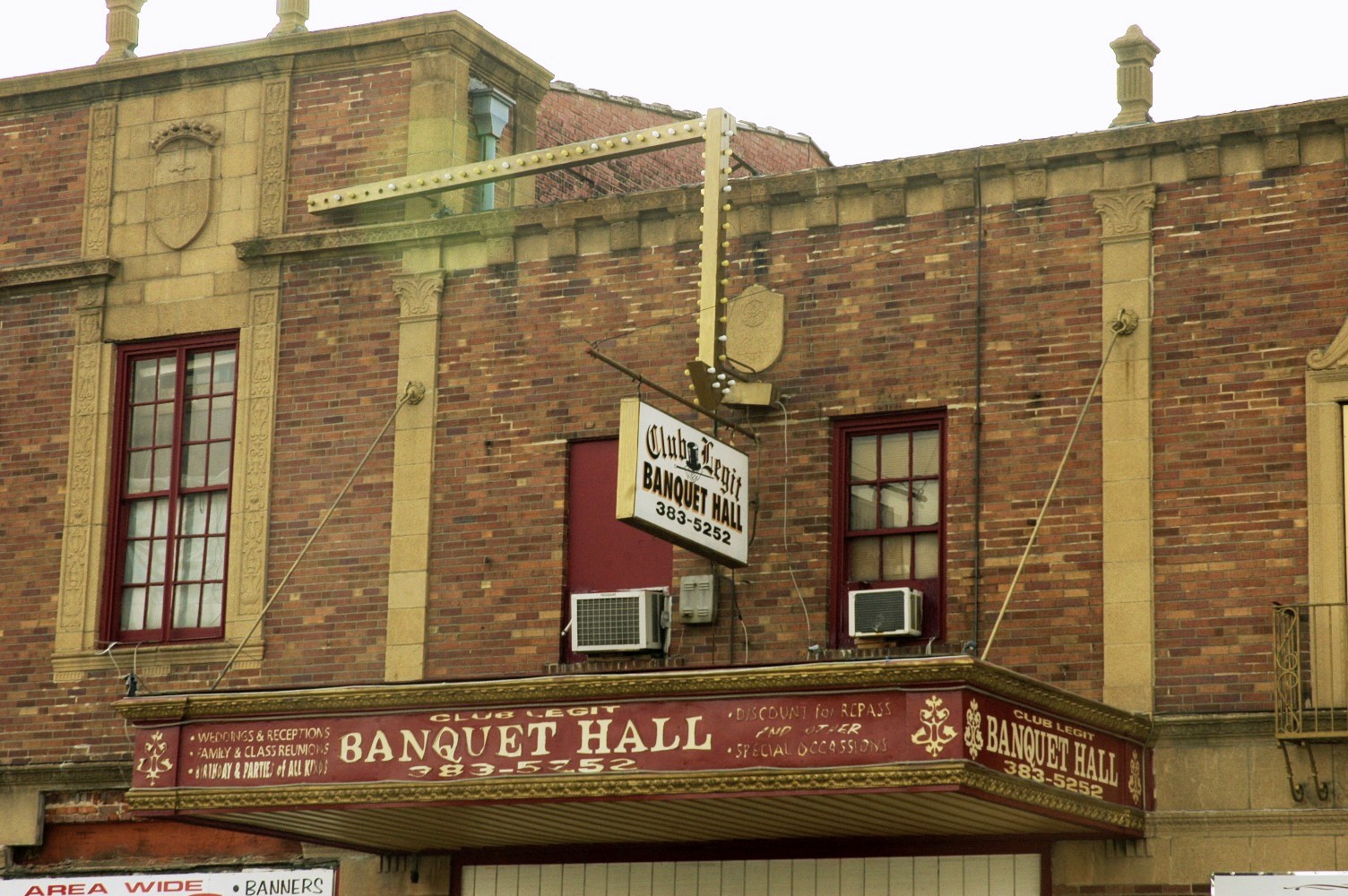 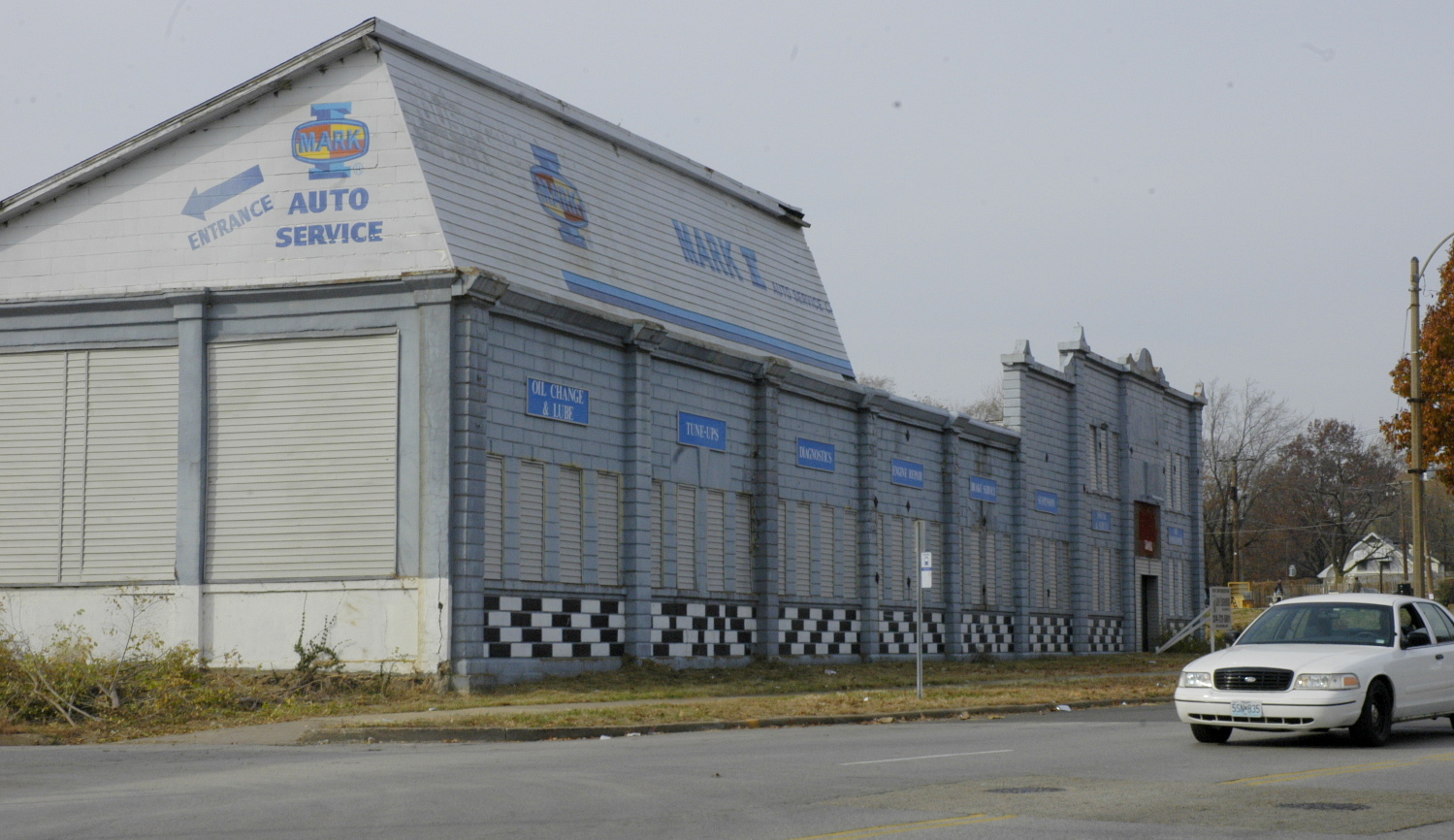 And I’ll leave you with a couple gems from the glory days along Lilian Avenue near Goodfellow: 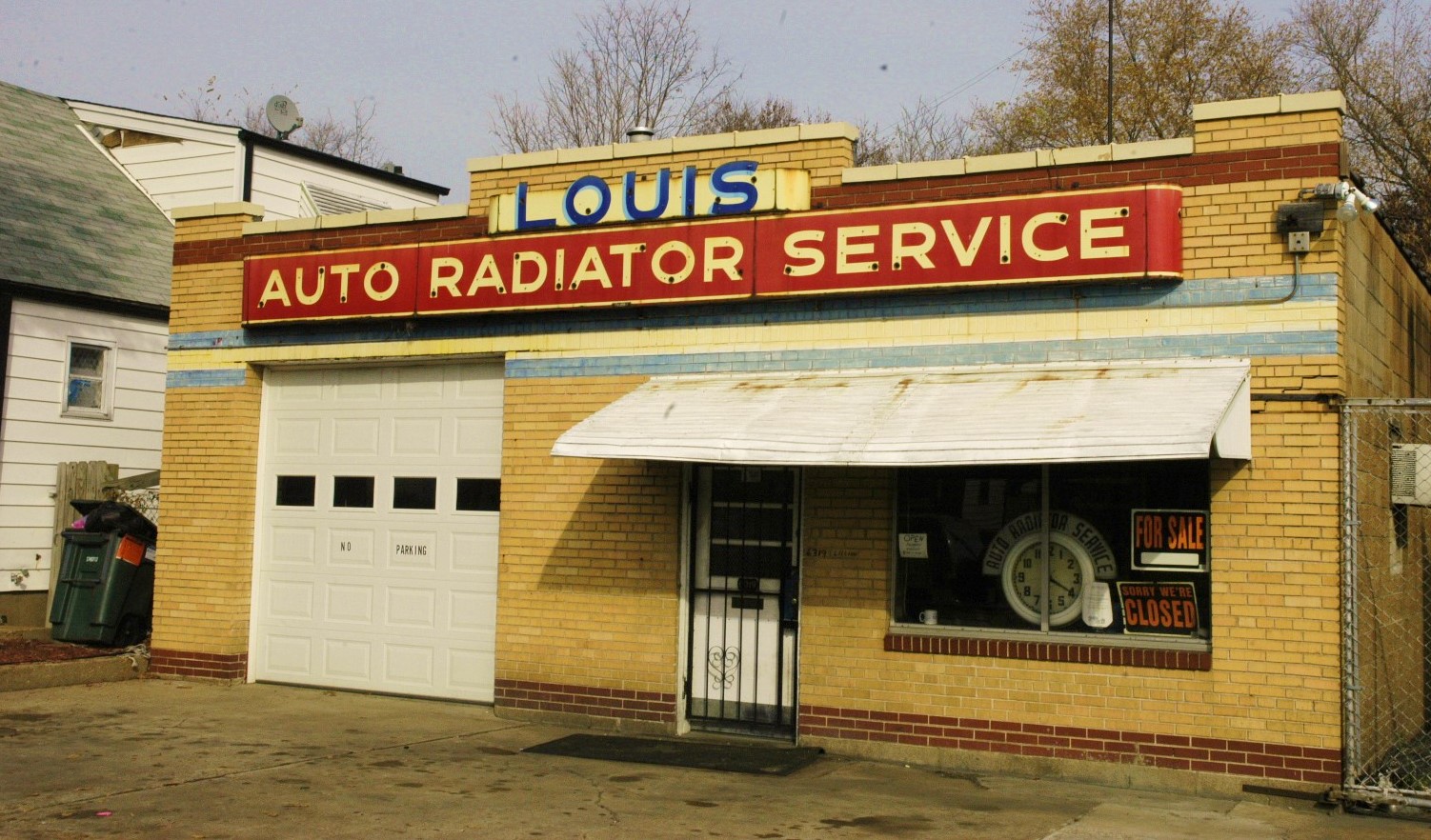 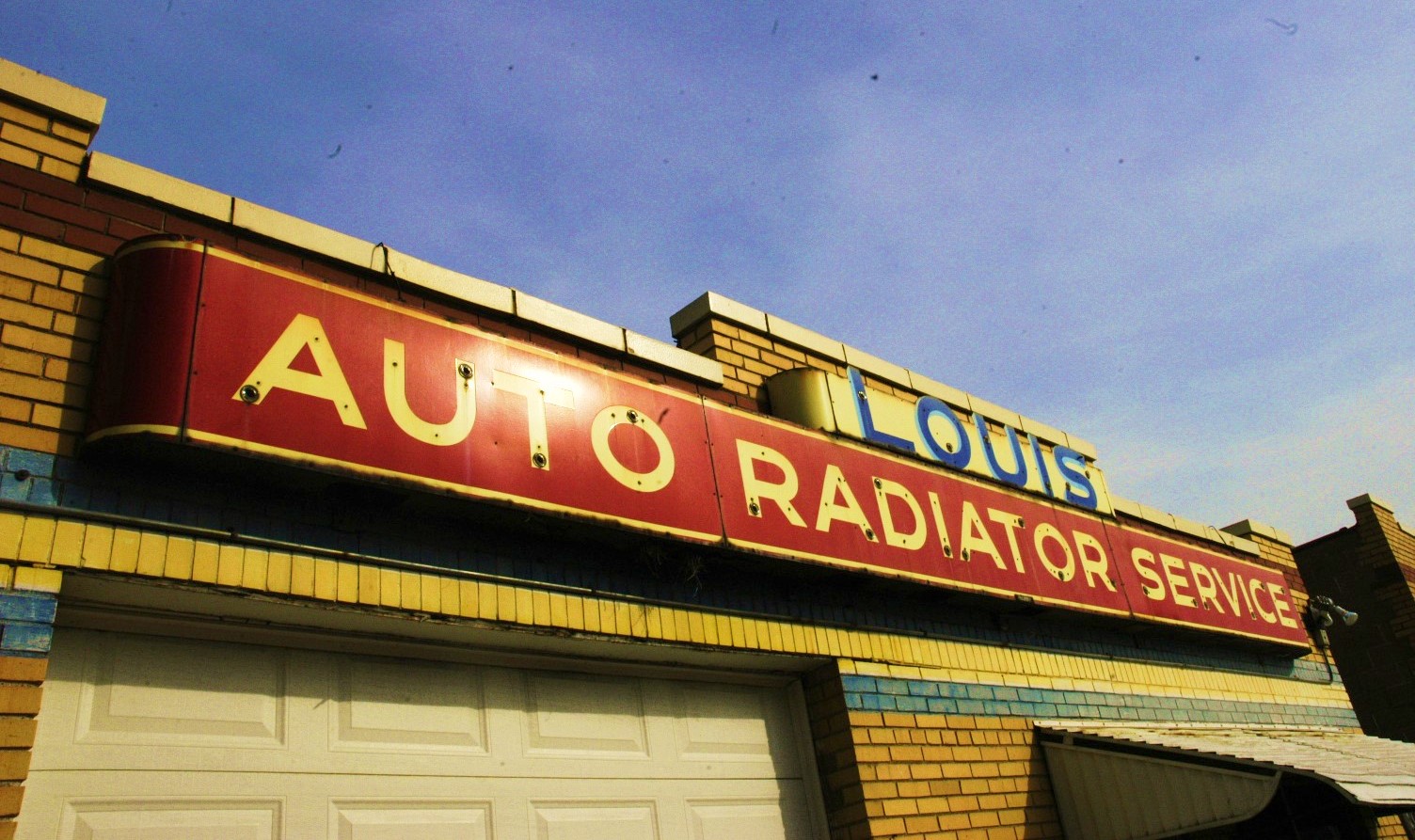 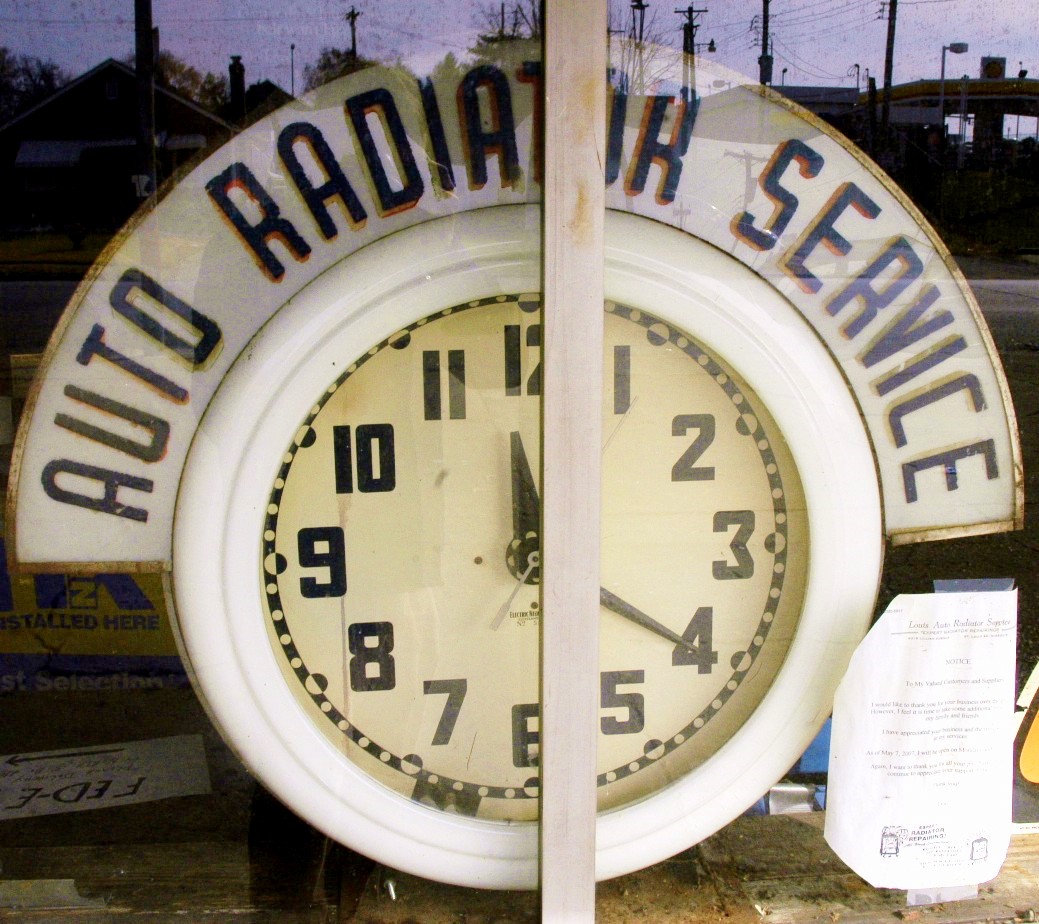 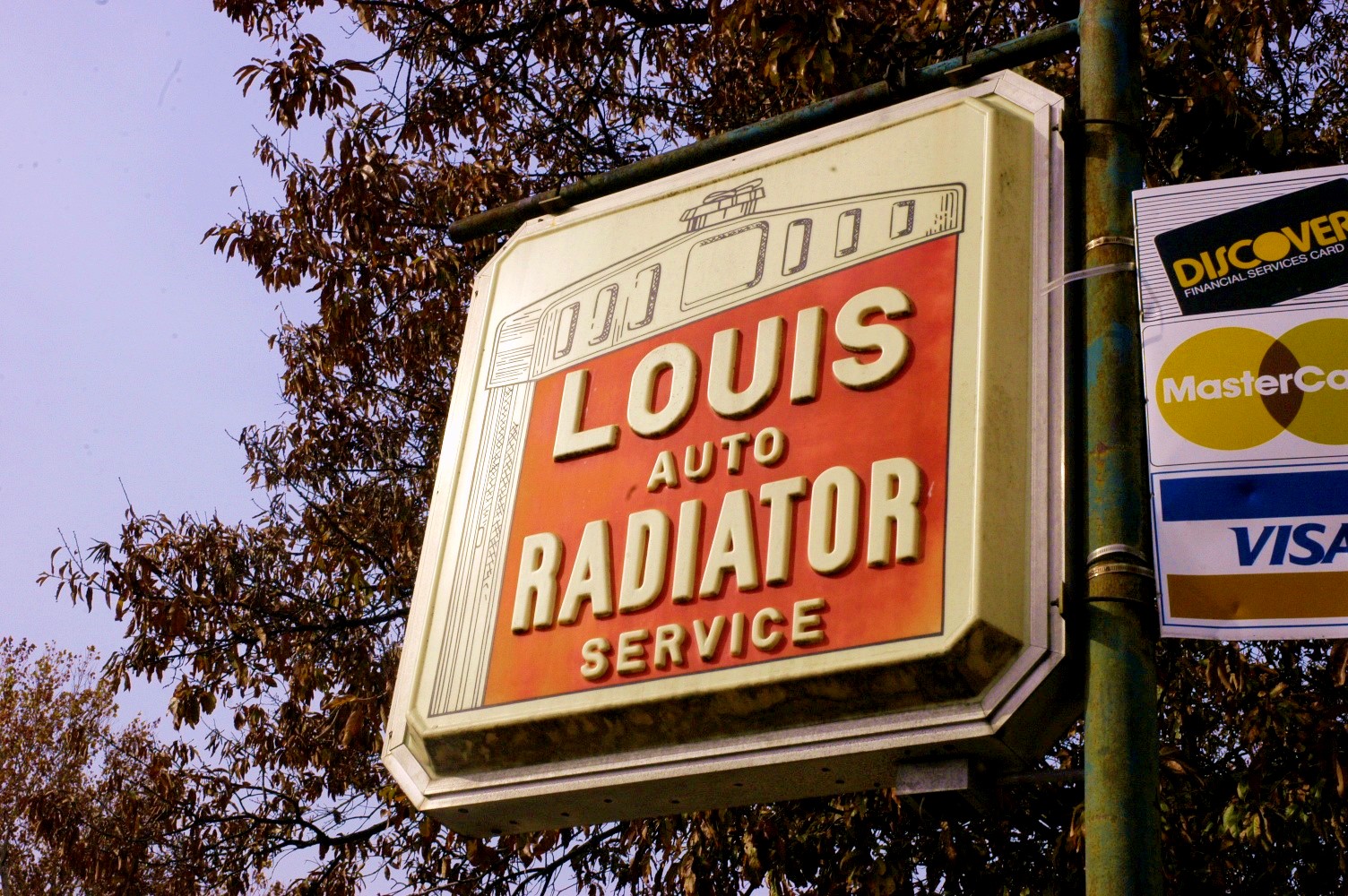 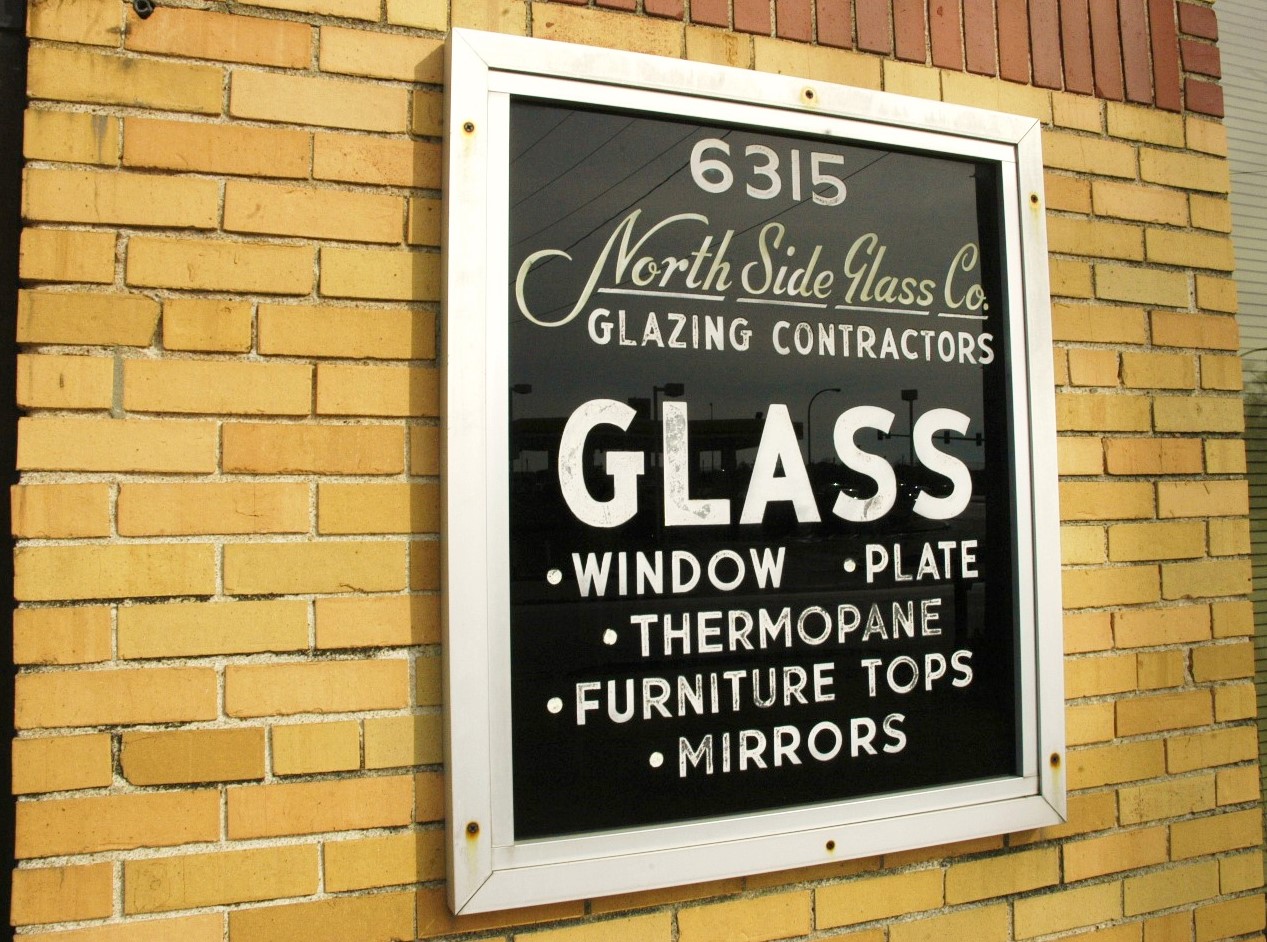 WPW has a long way to go before it can attract a larger middle class and any level of diversity.