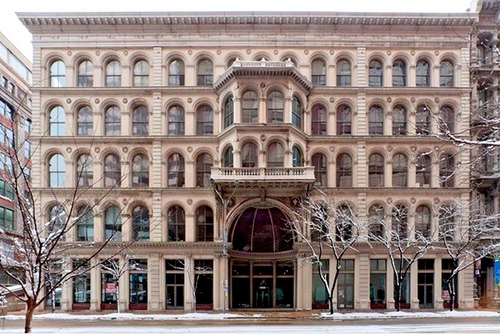 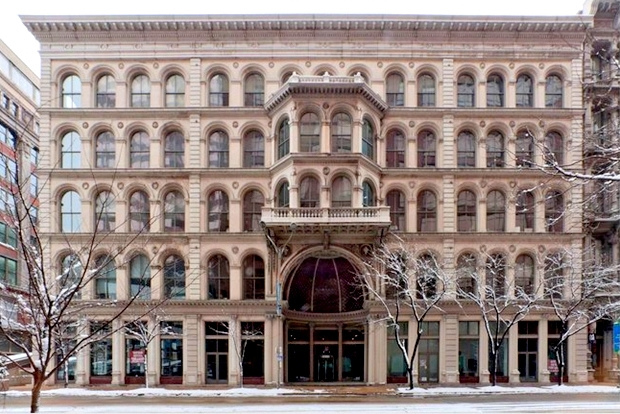 The impending Special Legislative Session convening later this summer has the entire economic development community of St. Louis, and the State of Missouri, buzzing. Having gone through numerous rewrites and negotiations, it is anticipated to grant special tax breaks and tax credits for multiple industries.

The “Big Idea” China Hub / Aerotropolis legislation leads the issues, followed by creating the Missouri Science and Innovation Reinvestment Act (MOSIRA), which would establish a special fund from state monies with the goal of creating a framework for attracting companies with high paying “high-tech” jobs to Missouri while fostering state-based entrepreneurs. Other intentions are for creating job development centers and attracting national sporting events to the state.

The trade-off is the capping of both historic tax credits and the low-income housing tax credits, with a sunset of both programs after seven years of the legislation’s passage. These programs must be credited with spurring the redevelopment of much of Downtown St. Louis, including the “Loft Districts”, as well as the constructive re-imagination of multiple buildings throughout the Metro Area and the State. Meanwhile, another effort is included in this legislation that provides a great opportunity for St. Louis, and Missouri, to capitalize on a growing, highly demanded industry: IT Data Centers.

A New Opportunity for St. Louis and Missouri:
The impending tax credit legislation provides special incentives for companies to locate their data centers in Missouri. By utilizing these credits, companies capitalize when locating facilities in the State through essentially the same tax credit program that historic redevelopers had been recognizing. In return for the credits, these companies would be bringing in large operations and with them new high-tech, high-pay jobs.

Examples of the type of projects Missouri could begin to compete for include:


Missouri has recently been successful at attracting companies and their data center operations. Last summer, Unisys established 555 Washington Avenue in Downtown St. Louis as home to its Application Modernization Center of Excellence (AMCOE), centralizing workers focused on managing data centers for commercial and government clients, with special emphasis on the Rural Development agency of the US Department of Agriculture (and presumably the USDA’s locating newer facilities at the former US Army Records Center in Overland). The Unisys location is expected to employ 300 IT professionals by 2012, operating an information technology center to best manage existing data centers located in the metro area, of which there are many.

Around $5.5M in various tax incentives were provided to finalize site selection, which may have given St. Louis the final advantage for site selection over Unisys’ considering both Minneapolis-St. Paul or Salt Lake City as well as St. Louis. Plus, as opposed to being in a bland office park environment, Unisys stated that their employees preferred to be in a dense urban setting. The young professional demographics of their employee base were more inclined to a lively environment, and in a beautiful, historic building, rather than a bland, windowless warehouse amongst office park corporate sprawl. Aesthetics and urbanity won over their workers.

At the same time as St. Louis attracted Unisys, Columbia attracted IBM, which committed to a major data center in the college-centric city and with promise to bring with it 800 new high paying jobs. Columbia first began pursuing data centers proactively in 2007, when it retained consulting firm Angelou Economics to evaluate the city’s potential to support such facilities. The State of Missouri also provided “Big Blue” $28M in tax incentives to locate their facilities in Columbia.

This building is in contrast to the standard model of constructing data centers. Steve Black of St. Louis-based McCarthy Building Companies was quoted in R&D Magazine on the Monsanto project’s divergence from the norm, stating: “Most data centers are built like bunkers, with little or no outside light … Their owners need to protect the data they contain from all possible threats, and that means human comfort has historically had to take a backseat to safety, security and reliability.” The Monsanto project, however, was designed with aesthetics to bring the “human element” in play as well as security.

Most prominently, Downtown St. Louis is home to the Bandwidth Exchange Buildings. Managed by Digital Realty Trust of San Francisco, their buildings are located at 210 North Tucker Boulevard and 900 Walnut Street. Their sites serve as open facilities for companies to locate their data centers offsite. Rather than being dedicated to one primary user like the Monsanto or Enterprise facilities, the Bandwidth Exchange operates as home to multiple companies. Their data servers act in a third party capacity, available as either a company’s primary hub or as a redundant server system. They plan to offer 400,000 sq. ft. of data center space, all based in Downtown.

Downtown is also home to two other primary data centers: Xiolink (at 1111 Olive Street) and Contegix (also at 900 Walnut Street).  Both companies are based in St. Louis and have undergone recent expansions & revenue growth. And, both companies were featured in an excellent New York Times article from February, noting their current successes and future growth forecasts. 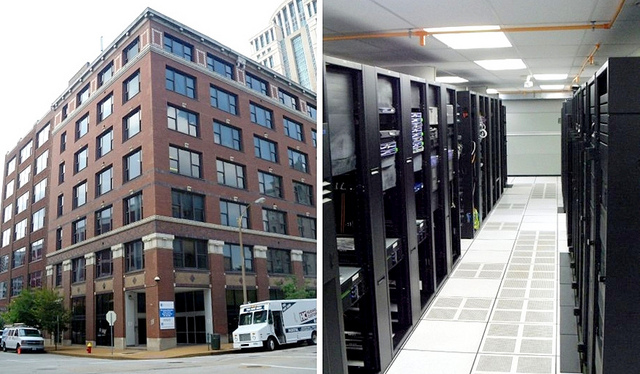 Ideal Positioning within Downtown St. Louis:
The constructive reuse of Downtown’s vacant building stock, with an average age of nearly 100 years old, has been almost exclusively into residential retrofitting of warehouses & garment factories into loft condominiums. And from that stock, the best have already been converted, leaving only a small number of large, vacant buildings in the Downtown area that have not been determined to be loft-suitable. The continued exodus of many businesses to Clayton includes many companies seeking newer offices that the remaining building stock, even if retrofit, wouldn’t be able to satisfy their needs for modern business space. After all, it’s been more than 20 years since the opening of One Metropolitan Square, Downtown’s newest multi-tenant office tower.

The lack of new office construction in Downtown, combined with the residential retrofitting of the older building stock, are actually positive reasons for data centers locating here. Since most of the vacant & recently rehabbed buildings in Downtown were formerly warehouses and manufacturing centers, the Downtown power grid still allocates for significant expenditures of electricity. With the repurposing of so many buildings into residential, there remains significant excess capacity for electrical output. And as data centers are significant consumers of power, Downtown’s infrastructure is ideal for their power needs. Plus, with the comparatively lower rates for electricity in St. Louis compared to many other major cities, the cost savings are significant.

Perhaps there are developers who could take a lead from the Bandwidth Exchanges, Xiolink, and Contegix, and retrofit some of the remaining Downtown building stock into modern data centers. Featuring high ceilings, open floor plans, and heavy foundations & floor layouts, many of these older buildings could ideally fit the layouts data centers require.

As mentioned above, Unisys’ employee base strongly preferred locating their new facilities at 555 Washington Avenue, a former department store in an ornate century-old building, much more than they would have wanted to locate in a bland suburban office park. Further, the expansions of both Xiolink’s and Contegix’s data centers were into historical buildings that were each formerly used to house printing presses for the St. Louis Post-Dispatch.

The final, yet very important, advantage that St. Louis has in seeking data centers is Downtown’s stock of beautiful, historical buildings. The May 2011 edition of Wallpaper* magazine featured a special review of the creation & design of data centers globally. It noted that the majority of data centers are bland, windowless boxes deep in suburbia, built with multiple layers of concrete & steel inside the buildings’ walls for security’s sake. Yet, a new trend has emerged in design towards a more urban, aesthetically appealing design.

The combination of aesthetically-pleasing designs, combined with a need for strength in construction for server security, can be found in multiple vacant buildings in Downtown. The urban environment would also be preferable to outside companies and the relocating workers’ demographics; after all, working up the block from Busch Stadium and Washington Avenue surely would be preferable to a suburban office park with an Applebee’s half a mile away.

In Downtown, the best candidate building may be the Endicott-Johnson Building, bordered by Clark, South Tucker, elevated lanes of 64/40, and the 11th Street exit ramp just west of Cupples Station. Formerly a shoe distribution center, most of us would probably recognize it as the abandoned building directly along the elevated highway lanes, whose decay grabs the eyes of those entering St. Louis or driving Downtown, and whose ghostly presence preserves the perception that Downtown is empty. The building sits wholly empty, even losing the old Globe Drug Store which used to face Clark. 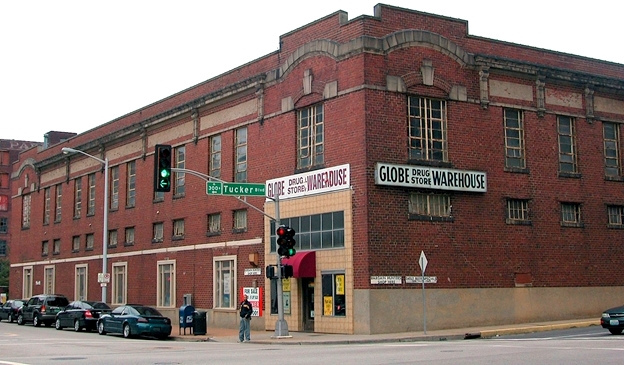 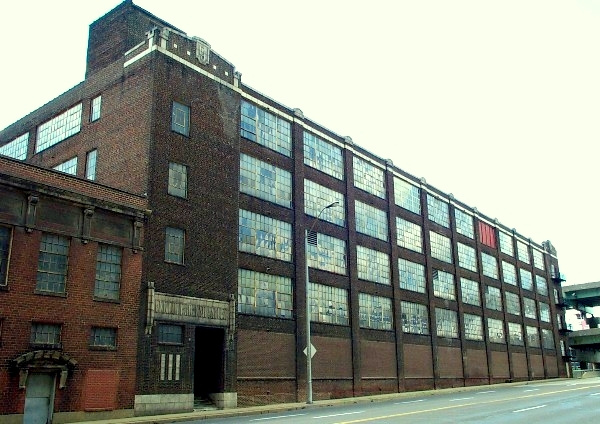 The Endicott-Johnson features two wings, a front section that could be adapted into administrative offices, and a tall back section that would be ideal for server storage. It is constructed of brick and concrete; it’s relatively indestructible. Plus, it is located next to a main transformer system, offering plenty of power to the building & any servers it could house. As a hardened shell with plenty of load capacity, energy access, and a solid interior skeleton & exterior wall, it is ideal as a server farm.

Other sites through Downtown could also be built in this manner. A recent proposal for the Arcade-Wright’s redevelopment included the multi-story building being a mix of retail, offices, and floors of computer banks. While the residential market continues to grow, it may be the quiet hum of computers that adds tenants to the remaining buildings.

Building a new business cluster in IT Data Centers provides much of what St. Louis, and Missouri, is seeking in the modern economy:


All of this is possible if we have the foresight and strength to proactively invest in our City and our State. It should be noted that this special session’s legislation means we’re not paying for data centers to be built directly with State tax dollars, which no one would support. But, allow others the chance to build it at a discount to what they’d receive in other cities or states, and we provide companies a means to invest in our own region, and doing so with welcoming arms. And if these companies seek to build it themselves, then their business will most surely come.