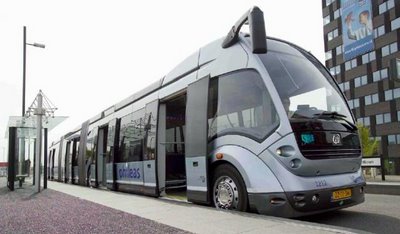 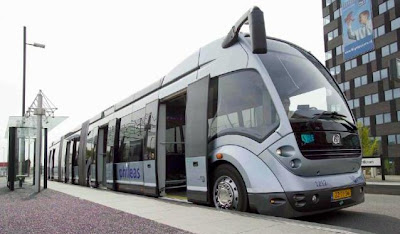 Bus Rapid Transit (BRT) should only be considered as an alternative to light rail in St. Louis if BRT-only lanes are present, stations are no closer than approximately one mile apart and vehicles are given priority at each signaled stop. BRT is a less expensive alternative to light rail and streetcars (up to 40-70% less expensive according to the study below), but as detailed in previous posts has some pitfalls.

Overall, it’s easy to like BRT and the HealthLine in lieu traditional bus lines, stops and ticketing, but at least in Cleveland it’s no replacement for light rail. In St. Louis I am in favor of a north-south light rail line similar what has been proposed by the North-South Study. I believe that this investment would solidify the existing urban core as the commercial and residential center of the region. BRT should be explored for major arteries within St. Louis to provide improved mass transit options and to connect light rail segments. Roads such as Gravois, Grand, Delmar, Kingshighway, and Manchester would be worth exploring.

Although a bit dates, for more information I’ve linked to the research paper below that seeks to “compare and contrast the costs, benefits and cost-effectiveness of the rail and bus alternatives proposed for the travel corridors in (Cleveland, OH and Nashville, TN).”

Rapid Bus Transit as a Substitute for Light Rail Transit
Publish at Scribd or explore others: