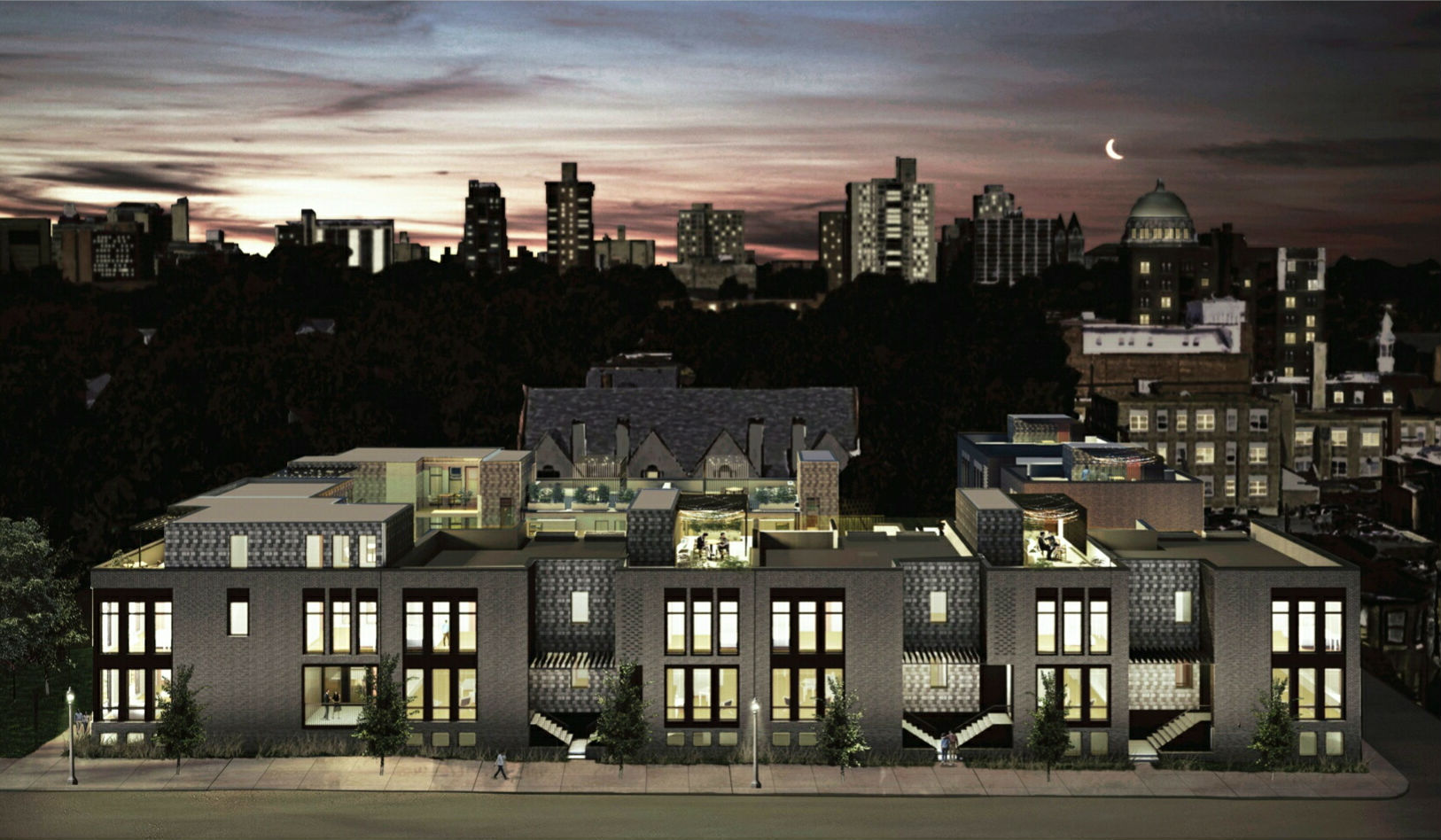 The transformation of Sarah Street in the Central West End continues. A new plan by Austin Barzantny of Grove Properties and Michael Gingrich of Atrium Residential proposes thirteen contemporary townhomes, many with roof decks and/or balconies. The $6.95 million project will include units with individual two- and three-car garages accessed from the alley. Homes will range from 1,900 to 2,800 square feet and will be priced from the high $500s to over $900,000. Trivers Associates is the architect. 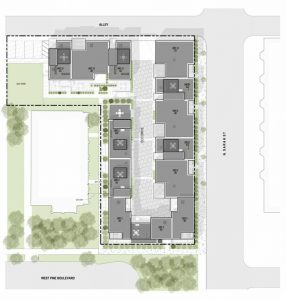 Operating as 4101 West Pine LLC, the developers took control of the site early last year. The property currently consists of three vacant parcels at 4101 W. Pine and 215-221 N. Sarah plus a surface parking lot at 4117R W. Pine. Construction is expected to start in June with project completion by October 2019.

The project has requested a variance to allow it to have residential instead of commercial facing Sarah. The property is zoned Neighborhood Center Type I according to the neighborhood’s form-based code. No tax abatement is being requested.

The same developer was behind the mixed-use project at 4101 Laclede one block south. That development has added 54 luxury condominiums with street-level commercial along Sarah.

Lawrence Group previously proposed 13 townhomes for the site. That project did not move forward.

Sarah Street has seen a rapid transformation in recent years. Across Sarah from the current project, the historic Melrose Apartments were renovated in 2008. To the south at Laclede, the 6 North universal design apartments opened in 2006. More recently, the Lawrence Group renovated the 1957 Remington Rand Building—formerly the St. Louis Housing Authority—at Sarah and Lindell as mixed-use office and residential. And Hallmark Communities developed West Pine Lofts at the site of a warehouse at Sarah and W. Pine. Additional projects had added residential eastward toward St. Louis University. What had been a vacant stretch of industrial sheds, vacant lots and surface parking has morphed into a dense row of residences and restaurants, with New Market Hardware maintaining its eternal role as anchor at the corner of Laclede.