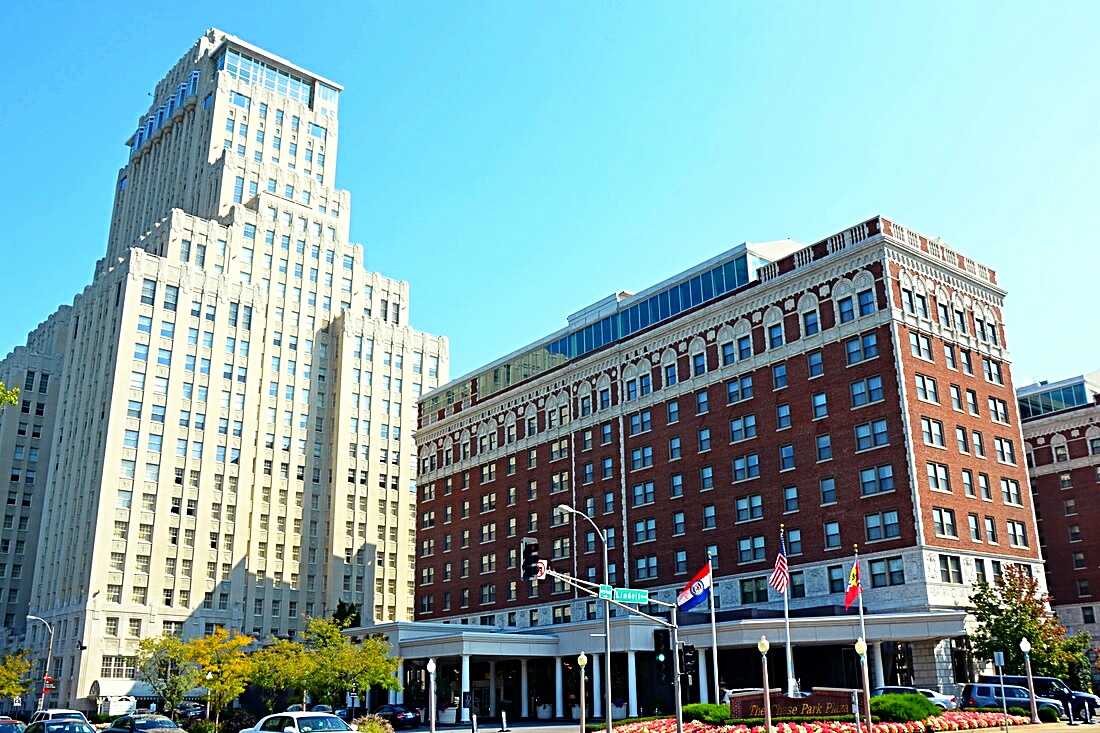 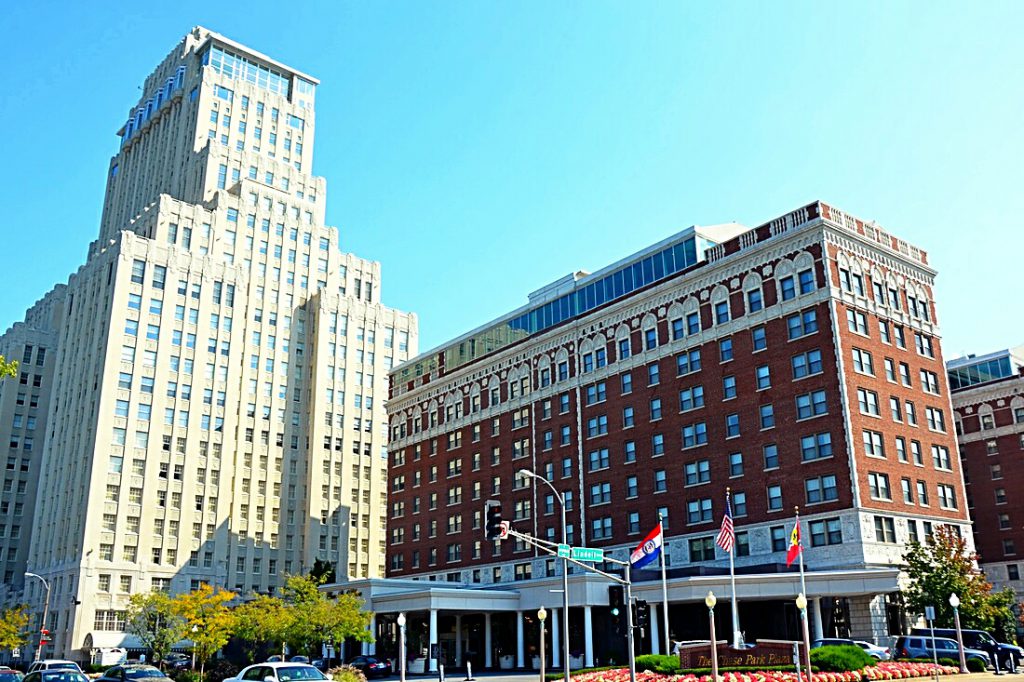 The new owners of the Chase Park Plaza will partner with the nation’s leading provider of high-end senior living according to documents presented last week to the City’s Planning Commission. Boston-based Hospitality Properties Trust (HPT) closed on the property June 2 and initially planned to rebrand the hotel under the Royal Sonesta flag. Those plans have evolved over the past ten months and now involve Sunset Retirement Communities of Clearwater, Florida. Last month, NextStl announced plans for Ryan Companies to partner with Life Care Services to develop a 15 story senior housing development at the former Schnuck’s site at Clayton and Hanley in Clayton.

Nearly a decade has passed since Sunset failed in an attempt to convert the Clayton on the Park at 8025 Bonhomme to assisted living. After a short run, Sunset left the St. Louis market in 2009, and Koman Group resurrected Clayton on the Park, reorienting that property toward working professionals. Sunset plans to re-enter the St. Louis market this year with the Chase Park Plaza as their flagship property. “There are two dozen new hotel projects planned or underway in St. Louis right now,” HPT Senior Vice President Ethan Bornstein told the Planning Commission at its Wednesday meeting. “Most of them are receiving substantial public assistance. In this environment, the Chase can no longer compete as a hotel.” Bornstein added, “The Chase can be the place for your sunset years, and Sunset leads the way in delivering the sort of boutique, high-end product that aging baby boomers demand.” 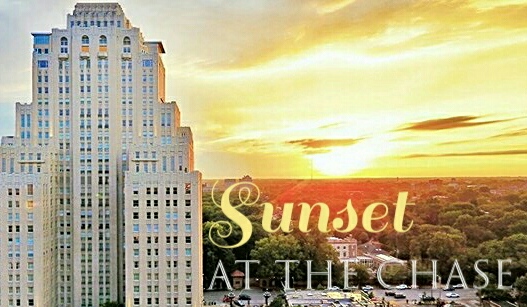 Sunset’s plans for the Chase include 150 independent senior living units, 139 assisted living units, and 80 skilled nursing units. Individual units will begin at $6,200/month and have universal design with roll-in jetted tubs and separate rainfall showers. Resident programming will include an annual fashion show, weekly lectures from retired Washington University faculty, as well as regular outings to museums and other cultural events such as plays, concerts and sporting events. A concierge will assist residents with plane tickets, deliveries and other needs, and the facility will have a certified full-time music therapist on staff. A separate memory care facility housing up to 40 beds will be located where the Starlight Ballroom and Zodiac Room currently are located. Sunset and HPT will invest an initial $122 million in the historic 1922 Chase and adjacent Park Plaza. The Chase was designed by noted architect Preston Bradshaw in the Italian Renaissance style. The adjacent 27 story art deco Park Plaza opened in 1931. Combined, they are a City Landmark and are on the National Trust for Historic Preservation.

The Chase was vacant for years before a $100 million renovation in 1998 led by Jim Smith and William Stallings. Those finishes are now two decades old. A Sunset representative told the Planning Commission to expect a “significant” makeover. He explained that the lobby and common areas of the ground floor will remain open to the public but will see adjustments to best support the building’s residents.

The Chase Park Plaza Cinemas will continue to screen art films and major releases according to a source close to St. Louis Cinemas owner Harman Moseley, except one theater will screen World War II documentaries. St. Louis Cinemas is facing fierce new competition as Alamo Drafthouse rises within City Foundry at the site of the former Federal Mogul foundry one mile east of the Chase and mere blocks from Moseley’s Moolah Theatre.

Inside the Chase, The Preston will remain open but will see some changes to the menu. “We’re adding a focus on soft foods,” says Executive Chef Collin Smelser. “We may drop the charred octopus and add a short menu of savory nutritional shakes. Things that are easy to swallow.” The Preston won a 2017 Wine Spectator Award of Excellence. Across the lobby, the Chase Club—most recently Cafe Eau—will be updated with a tropical, Margaritaville theme, with lots of bamboo and palm trees and live covers nightly. “That’s where the party will be.”

According to a source close to the discussions, no changes are planned for the Tenderloin Room. “It’s perfect,” he added. 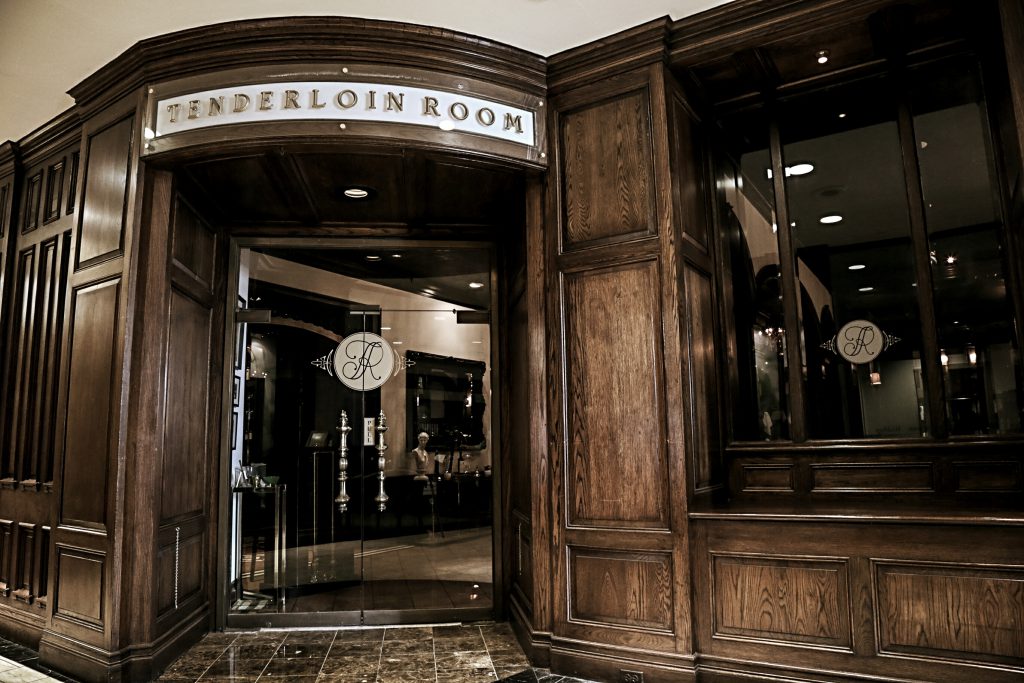 For residents with simpler taste, Sunset has partnered previously with Old Country Buffet to provide cafeteria service at its senior living centers. A floor plan seen by a source in the City’s Cultural Resources Office lists the Khorassan Ballroom as “O.C.B.” The basement barbershop will be expanded.

A NextStl source close to discussions, says Lululemon will partner with Sunset to produce a line of yoga apparel with the “Sunset at the Chase” logo on the seat. In the lobby, grab bars will be added to all walls, and marble and terrazzo floors will be covered with a non-slip surface, but not carpet so as to provide for quicker cleanup in the event of incidents.

Reached for comment, the mayor’s office expressed support for the plan. “The mayor has represented the Central West End for two decades and is sensitive to the reality that many valued supporters and constituents are aging out of this neighborhood.” Off the record, one aid explained, “They just can’t do the stairs anymore. But Pete is pretty ticked.” The staffer declined to elaborate. The mayor’s statement continued, “The HPT/Sunset assisted living proposal puts the Chase Park Plaza to good use and lets these elderly stakeholders continue to have a powerful voice in shaping what does and does not happen in the neighborhood.”

Some St. Louis leaders see signs of hope. “St. Louis has taken a hit it recent years,” explains St. Louis Development Corporation Director Otis Williams. “I honestly thought we would never recover after the Rams left in 2015. … St. Louis had lost its shine. We were done. St. Louis had no future.” Williams continued, “But now, Sunset and HPT are putting St. Louis back on the map again. St. Louis may not be first in shoes anymore, but we will be first in blues and first in nursing homes. We’re going to make St. Louis great again.” Construction is expected to take exactly one year, but by April 1, 2019, the refurbished Chase Park Plaza will sparkle anew, and St. Louis will stand out as home to Sunset at the Chase, the nation’s premier urban senior living community.

Editor’s note: This is a satirical article.