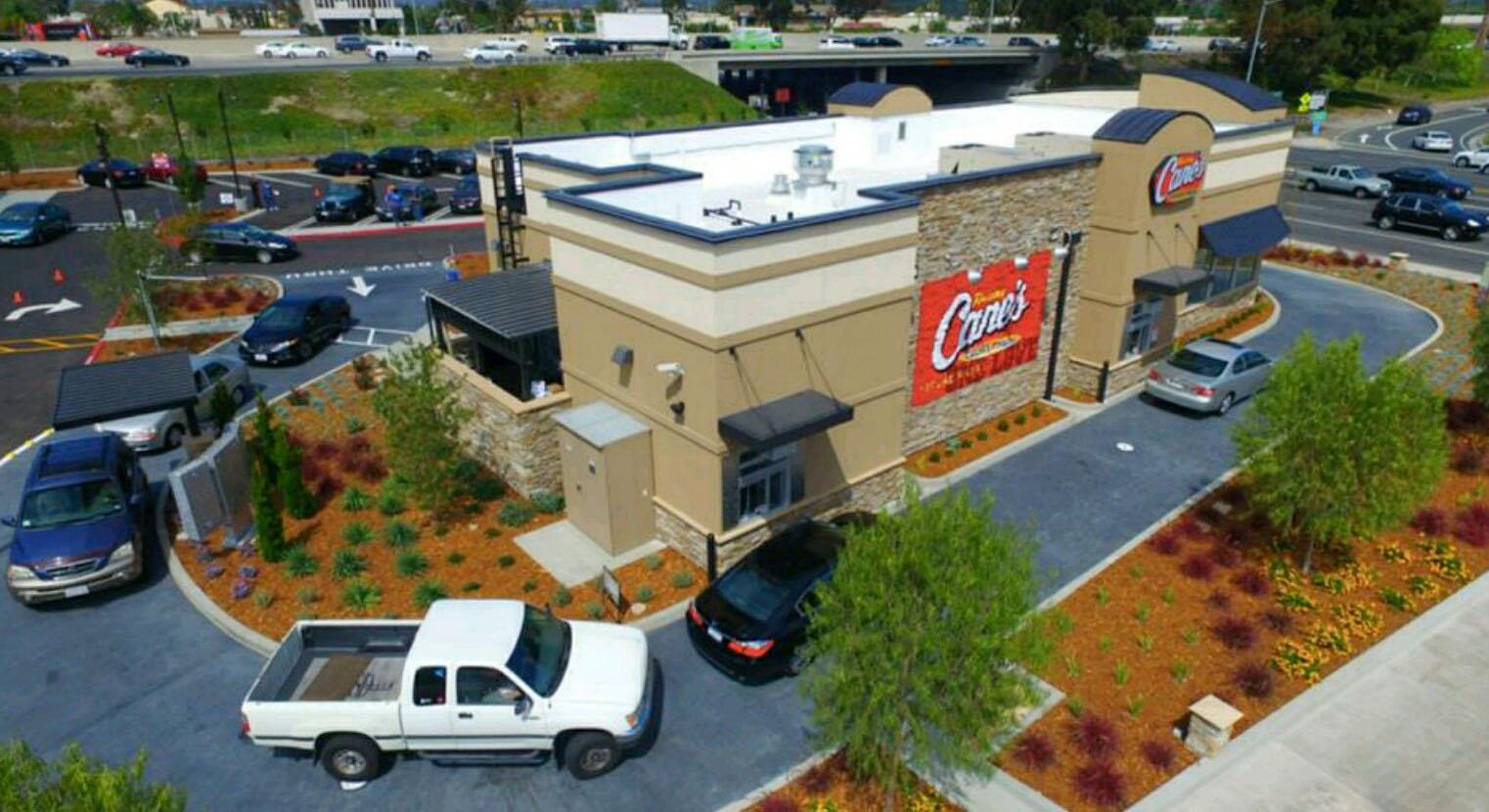 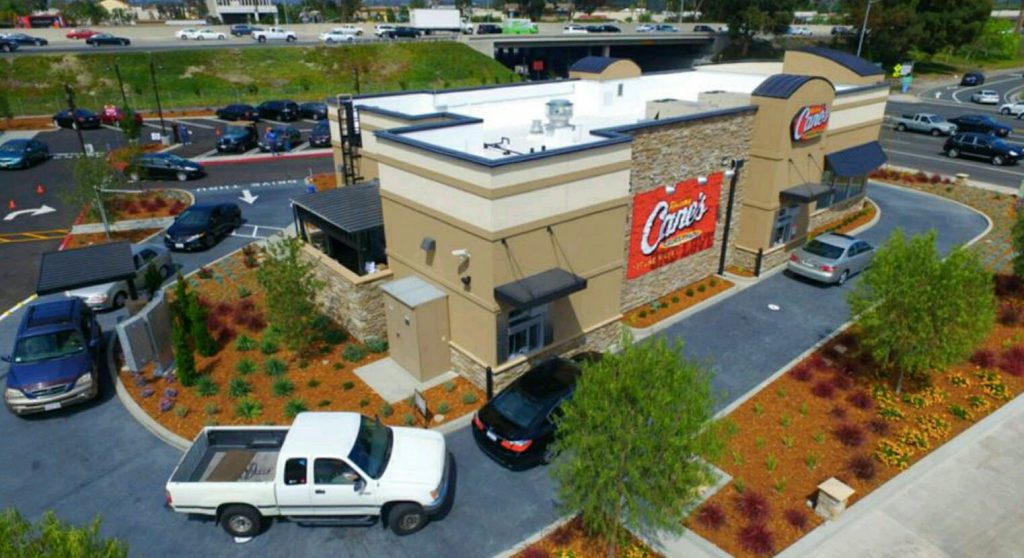 As Form Based Code for the neighborhood containing The Grove works its way through the Board of Alderman, a fast food chain is mounting an early challenge. Raising Cane’s Chicken Fingers is proposing a fast food outlet at the intersection of Vandeventer and 40 (I-64). For those exiting the highway on their way to Ikea, The Grove or St. Louis University, this property will be their first impression of the city. Preliminary plans show a one story fast food restaurant with a drive through surrounded by a parking lot and drive-thru lane. Steve Noles of Noles Properties is the developer and has the property under contract. NAI DESCO is representing Raising Cane’s. 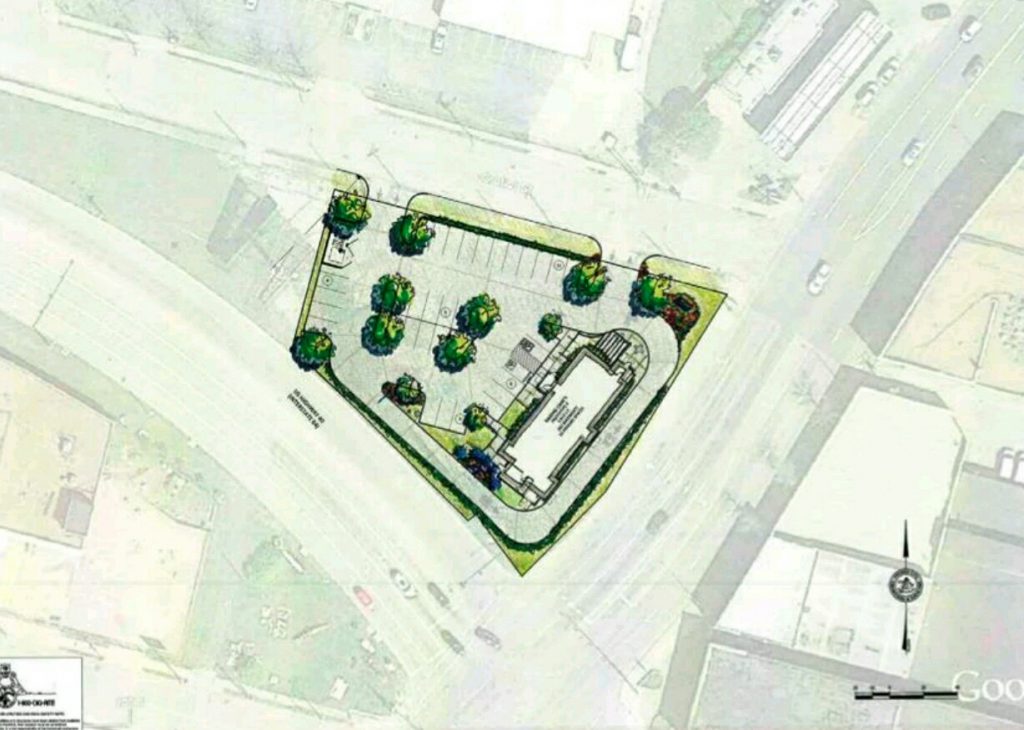 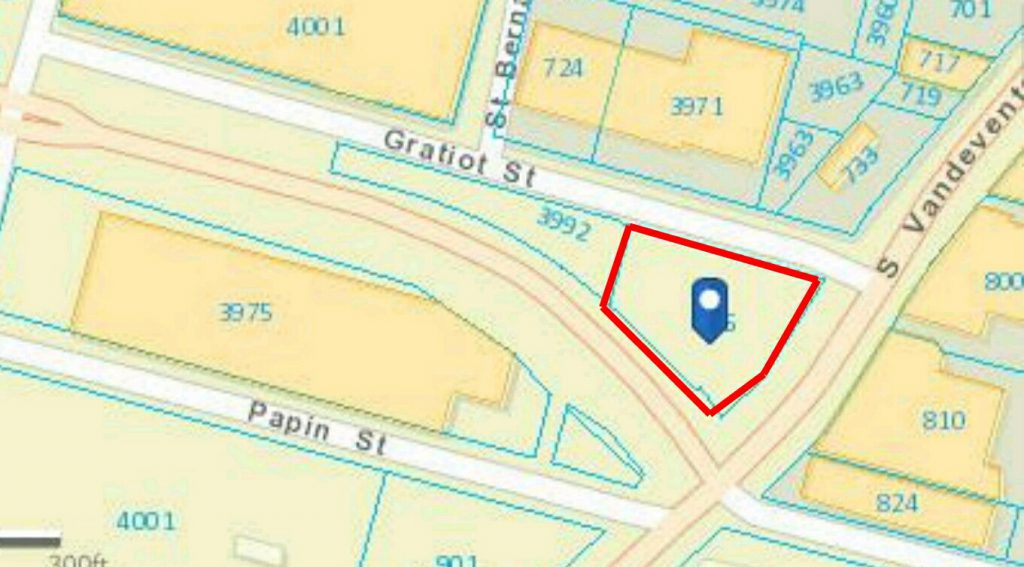 The location will be zoned Boulevard Type 2 once the FPSE Form Based District sees final approval. The legislation is awaiting its second reading in the Board of Aldermen. At a bill’s third reading — called perfection — it becomes law. That process typically takes several weeks.

This fast food proposal may prove to be the first test of whether the the city plans to uphold the requirements of the new code. Boulevard Type 2 zoning requires properties to be between 2 and 6 stories tall and to be built up to the zero-lot-line or sidewalk. The code envisions Vandeventer an office and business mixed-use corridor. A one story fast food outlet will be in violation of the new code.

Park Central Development is recommending approval of the fast food chain on condition that the developer moves the structure to the zero-lot-line, therefore reconfiguring the drive-thru lane. While a well-intentioned step in the right direction, this recommendation does not go far enough. Elsewhere, drug store proposals have been required to add a second level — even if it only houses air conditioning equipment. That was the case with the CVS on Lindell Blvd a few blocks to the north. We do not want a one story fast food restaurant with big asphalt parking lot serving as the gateway to our city. Even moved to the sidewalk, such a structure will not contribute to the new zoning district’s vision and will not be compliant with its pending regulations. The Form Based District was developed to prevent this type of auto-centric suburban development within its boundaries.

Residents spent years working toward a vision of what Forest Park Southeast ought to be. This fast food proposal is not it.