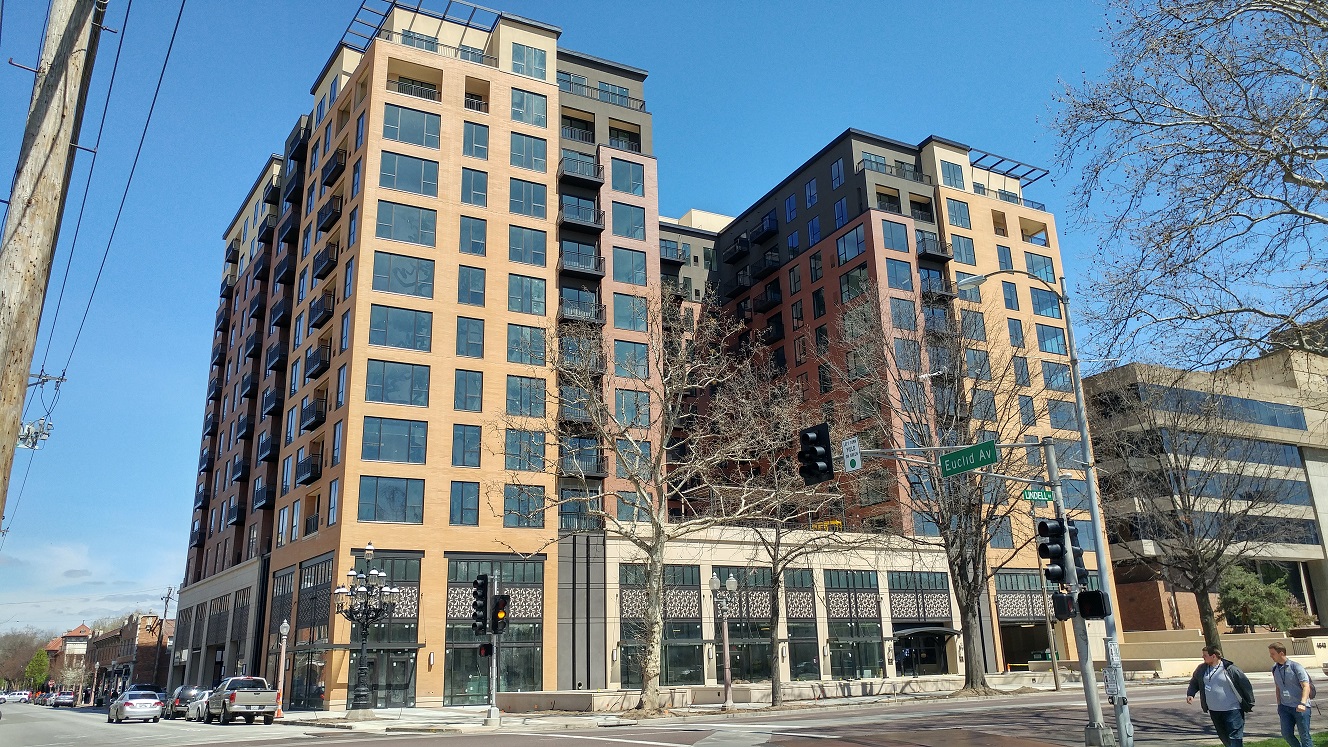 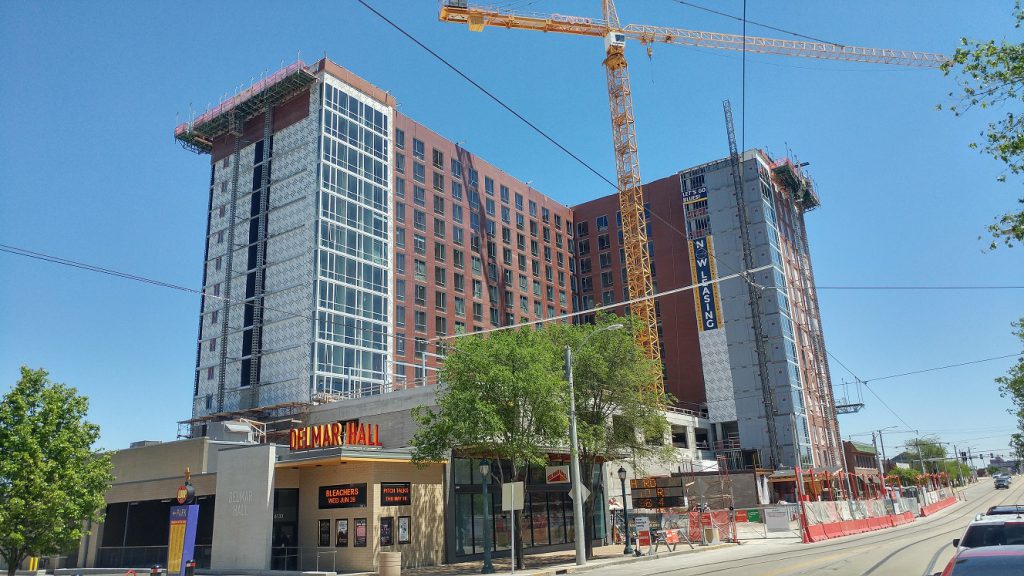 When presenting the Everly (a tax abated apartment building with 211 structured parking spaces), the Clayco representative said they’d charge residents $50 per month for a parking space, but each space actually costs $150 per month. The market wouldn’t bear the actual cost of car storage. So is the cost borne by the owner in less profit, by tenants in higher lease rates whether they have a car or not, or by the public in the form of a tax subsidy? 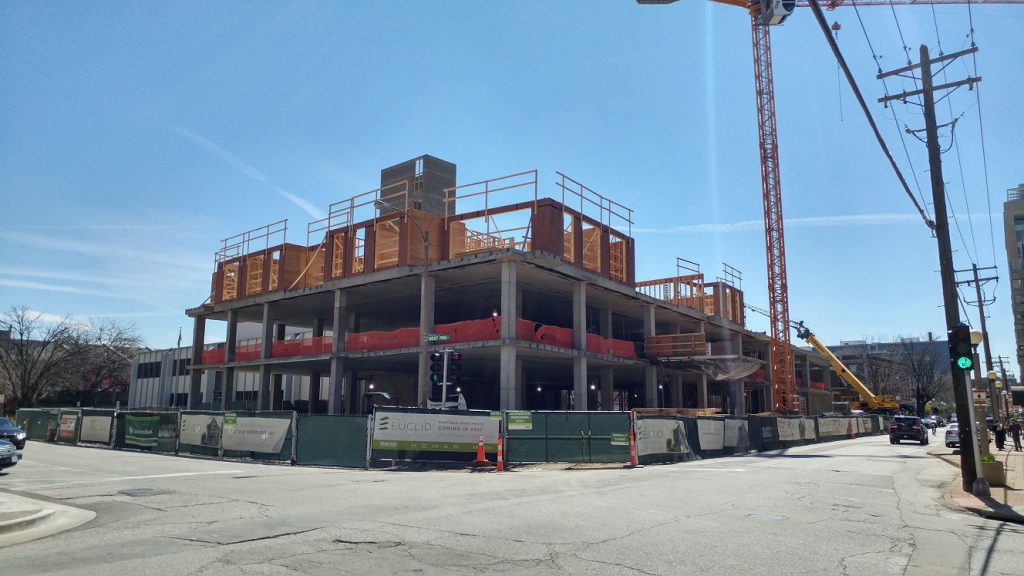 According to Carl Walker, a parking consultant, the median cost of a structured parking space in St. Louis is $19,417. An underground parking spot costs more. The deeper they are the more they cost. One level down costs 15% more, two levels 45% more. For example 32 N Euclid, which received a $4.5M TIF has 104 subterranean spaces on two levels. $19,417 x ( 1.15 x 52 + 1.45 x 52) = $2.6M. On top of the construction cost one should add the operation and maintenance costs. See a Victoria Tranport Policy Institute Analysis of parking costs. 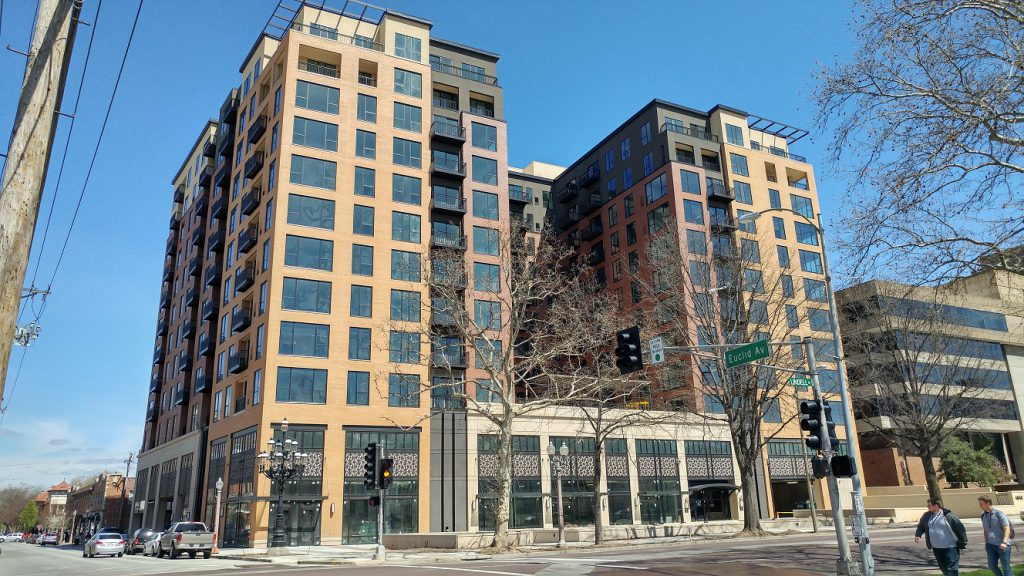 Let’s assume a project wouldn’t happen but for the parking. Structured parking usually doesn’t add to the building’s footprint meaning more land efficiency. An equal amount of cheaper surface parking would require more land. The Citizen Park building at Lindell and Euclid, which received a 10-year 100% plus 5 at 50% tax abatement, has over 300 parking spaces on four levels, three of which are underground. The original plan had 2 levels of underground parking. Despite ample parking nearby, transit options, and walkability of the neighborhood, NIMBYs insisted upon more parking.

Let’s imagine there was cheap virgin land next door to put surface parking. The overall project cost goes down and the developer no longer needs the tax incentive to move forward. 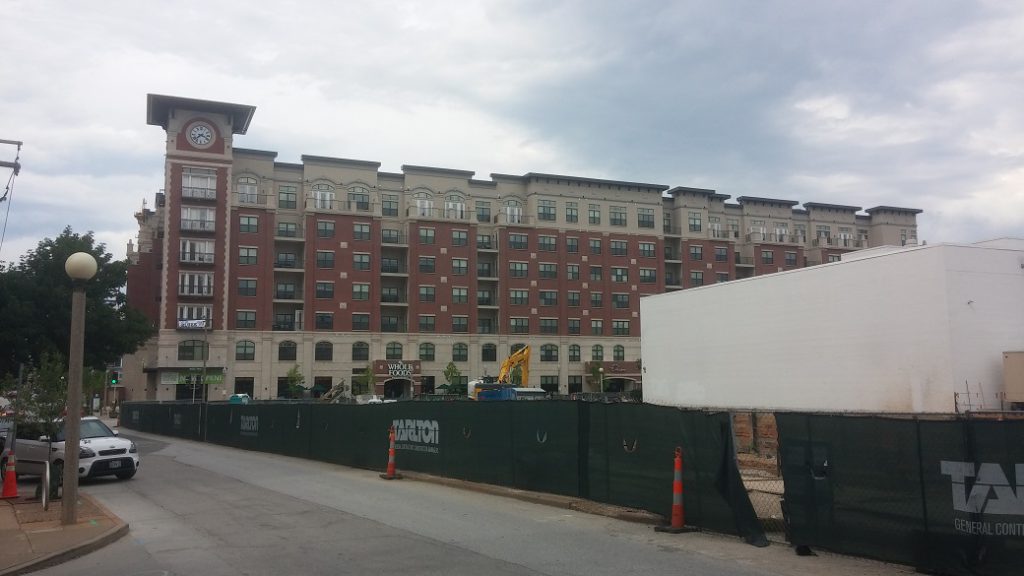 {The Orion received a $10M TIF. It has 445 parking spaces. $19,417 * 445 = $8.6M}
The thing is the public is still on the hook for the infrastructure along that low-productivity surface parking. More street, streetlights, water pipe, sewer pipe, etc for taxpayers and ratepayers to maintain.

Of course surface parking next to Citizen Park would have never happened. What does happen is developments in auto-oriented places do have the option to build surface parking and do so. To make the numbers work the developer doesn’t need tax incentives. But a subsidy exists in the form of the public’s infrastructure and service obligation; it’s just not on the developer’s pro forma. 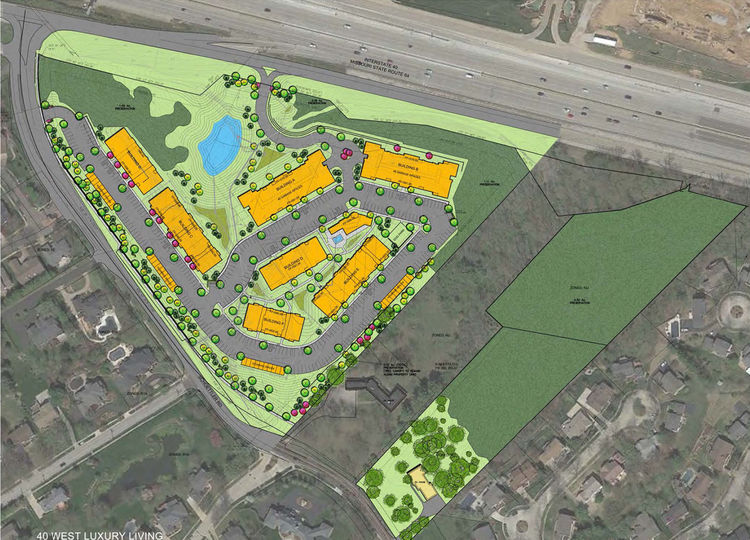 The proposed 40 West Luxury Apartments in Chesterfield contains 258 apartments over 10 acres- more than 10 times the land area of the 217-unit Citizen Park.

Perhaps the lesson here is the realization of how costly the “need” for parking is, and how it is socialized. We subsidize it to get an urban form to maximize the land use’s productivity relative to the amount of infrastructure serving it or we build in an auto-oriented form and obligate ourselves to more infrastructure than a traditional form would require. And then we wonder why we can’t keep up with infrastructure maintenance and why our taxes and utility rates keep going up.