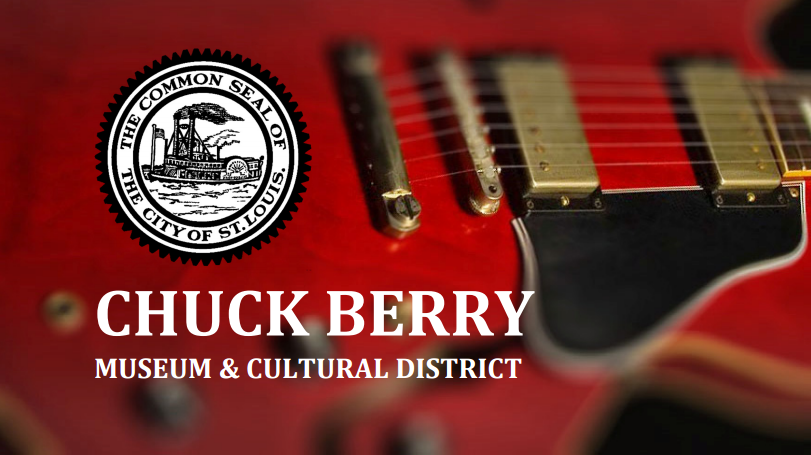 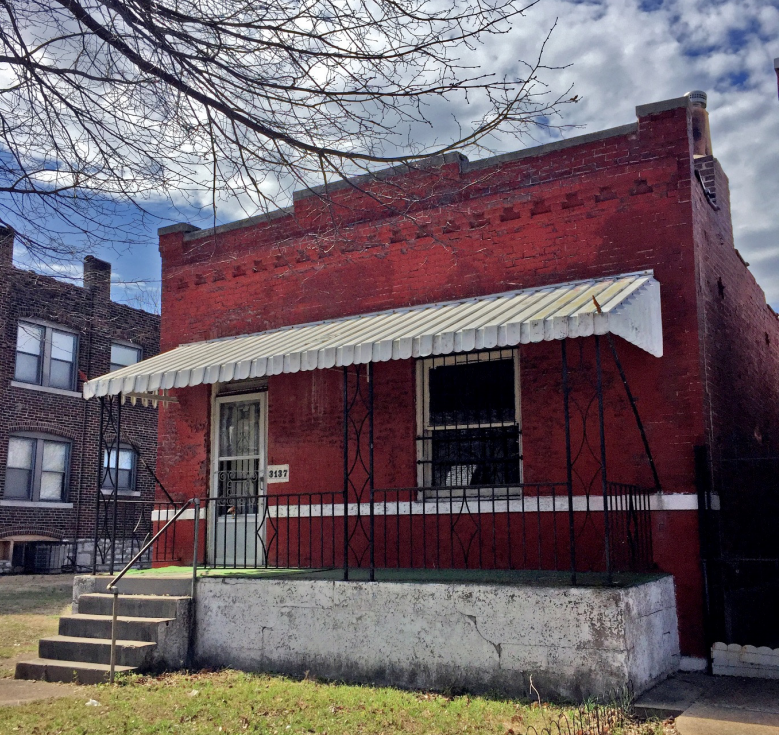 The City of St. Louis Land Clearance for Redevelopment Authority (SLDC) has issued an RFP for what it’s calling the “Chuck Berry Museum & Cultural District”. You can view the full RFP here as a PDF, or read the document as images below. News of the RFP was first reported by St. Louis Public Radio. 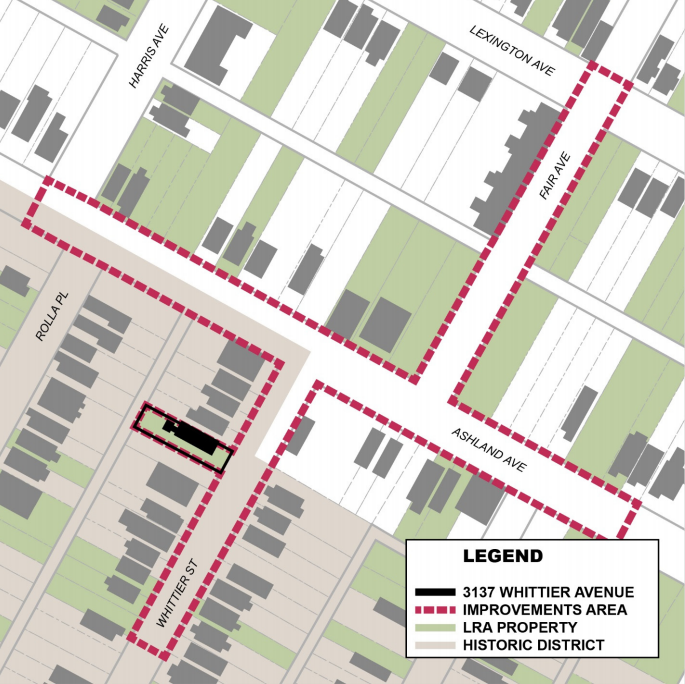 Introduction:
The Land Clearance for Redevelopment Authority of the City of St. Louis (LCRA) is issuing a public Request for Proposals (RFP) for redevelopment of the Land Reutilization Authority (LRA) owned property at 3137 Whittier Street and surrounding LRA properties (the “Property”).

Significance:
There are fewer more well‐known and influential guitarists than the legendary pioneer of American rock and roll – Chuck Berry. His words, music, and lifestyle have shaped the genre as we know it today. And his name is about as “St. Louis” as toasted ravioli, ooey gooey butter cake, or provel cheese. This brief history is provided as an overview of the life of Chuck Berry and the significance of 3137 Whittier Street to the history of rock and roll.

Born in the Ville Neighborhood of the City of St. Louis on October 18, 1926, Charles Anderson Edward Berry was the son of an educated African American woman, Martha Berry, and a skilled carpenter and deacon, Henry Berry. At the time of his birth, north St. Louis was the epicenter of a prosperous and entrepreneurial black community, nestled within a deeply segregated City.

Context and Redevelopment Strategy:
In the mid‐1800’s The Ville was a semi‐rural suburb of St. Louis known as Elleardsville, which later became a part of the City of St. Louis. In the early 1900’s, The Ville became one of the few areas of St. Louis where African‐Americans could own property, and by the 1920’s and 30’s The Ville had become the cradle of culture for Black St. Louis. The Ville not only attracted major Black figures in a number of fields, but produced a disproportionate number of individuals who went on to achieve world‐wide recognition, including Tina Turner, Dick Gregory, Arthur Ashe, Annie Malone, and Josephine Baker. And while crime, deferred maintenance, population flight, and vacancy have resulted in the disinvestment visible today, the area still has many important historic and cultural assets like Sumner High School and Homer G. Phillips Hospital.

Incentive Package:
As part of the redevelopment strategy, SLDC will work with the Respondent, the Alderman, and all applicable boards and commissions to seek and negotiate the following development incentives,
which may include (but is not limited to) the following: Chapter 99 Real Estate Tax Abatement (up to 25 years), Sales Tax Rebate / Development Agreements, State and Federal Historic Tax Credits, Set the PACE St. Louis: PACE Financing, and New Markets Tax Credits (NMTC). 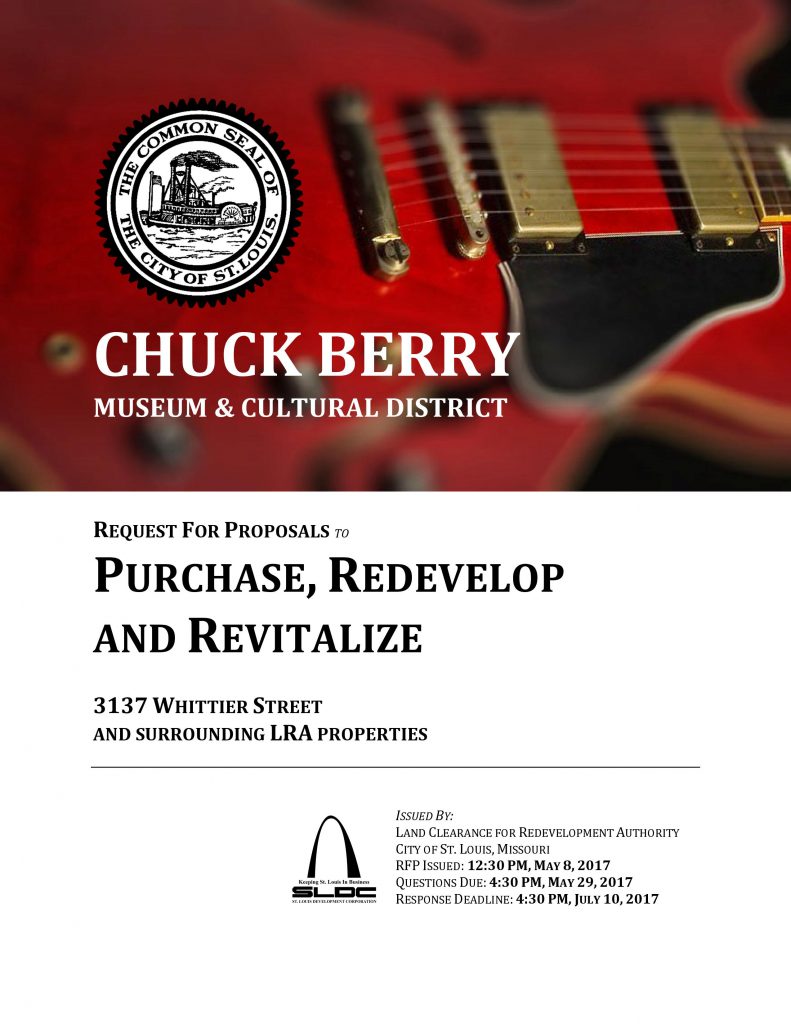 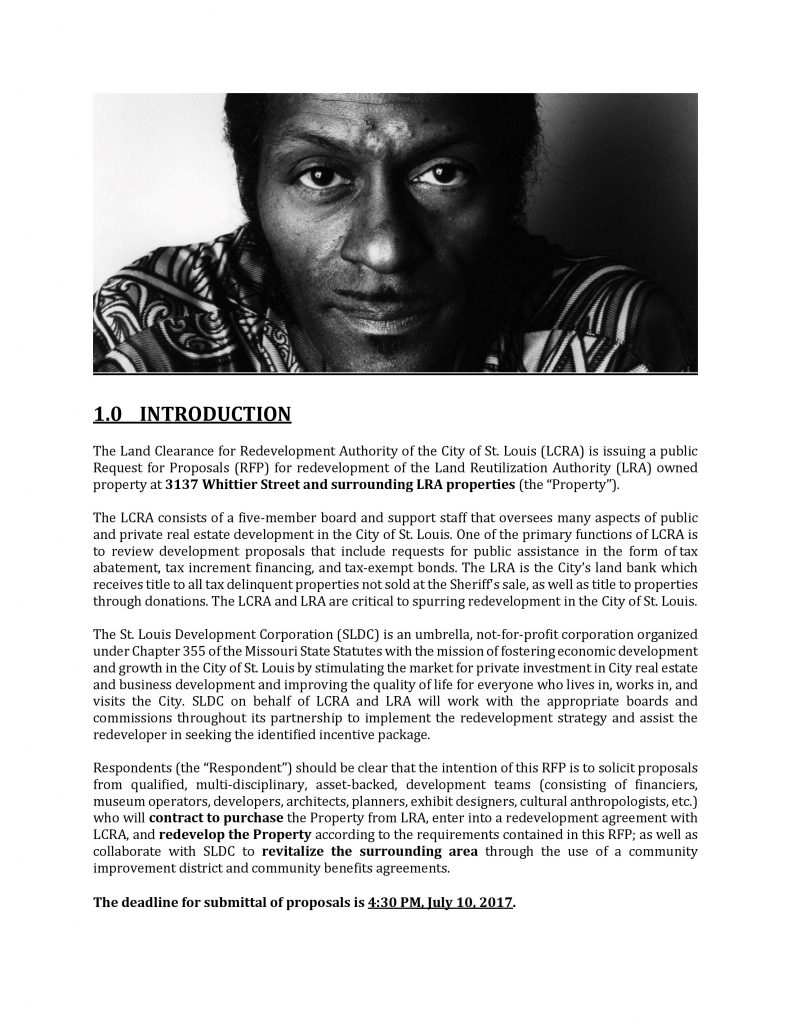 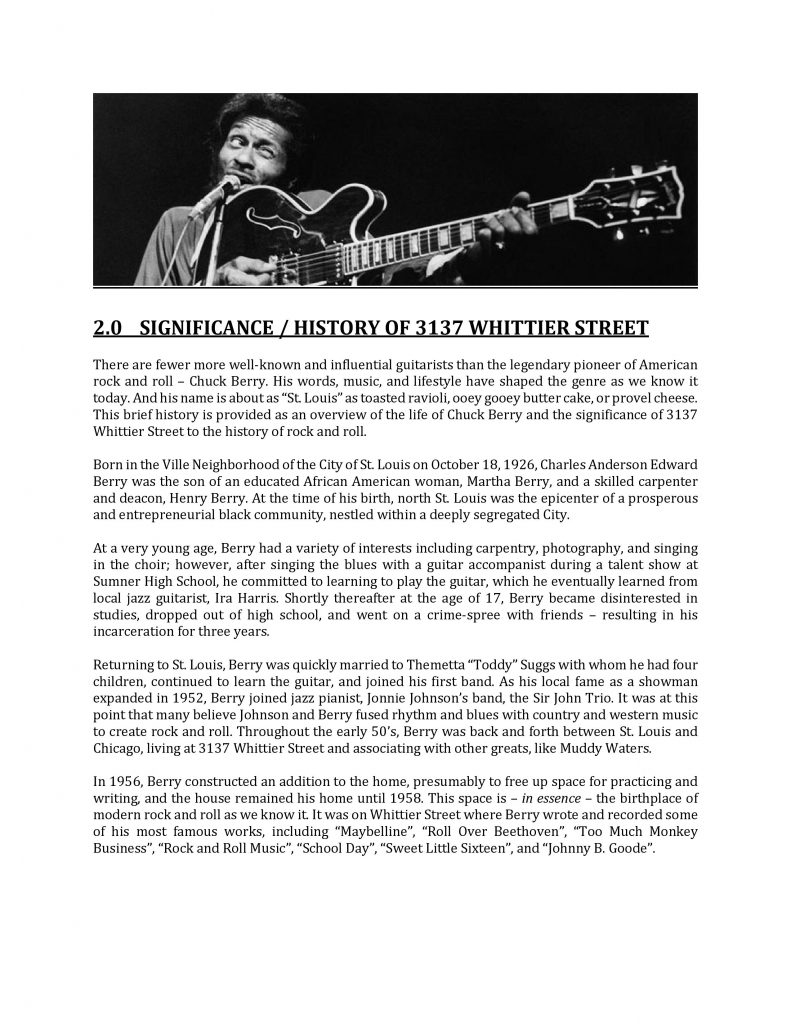 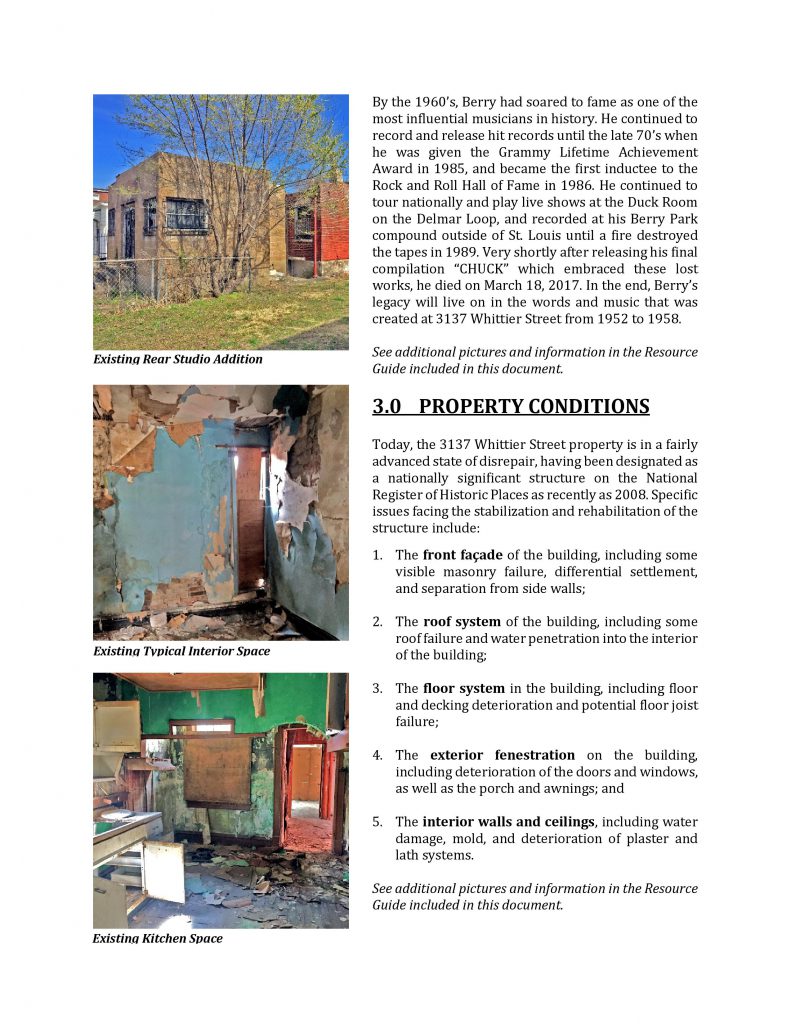 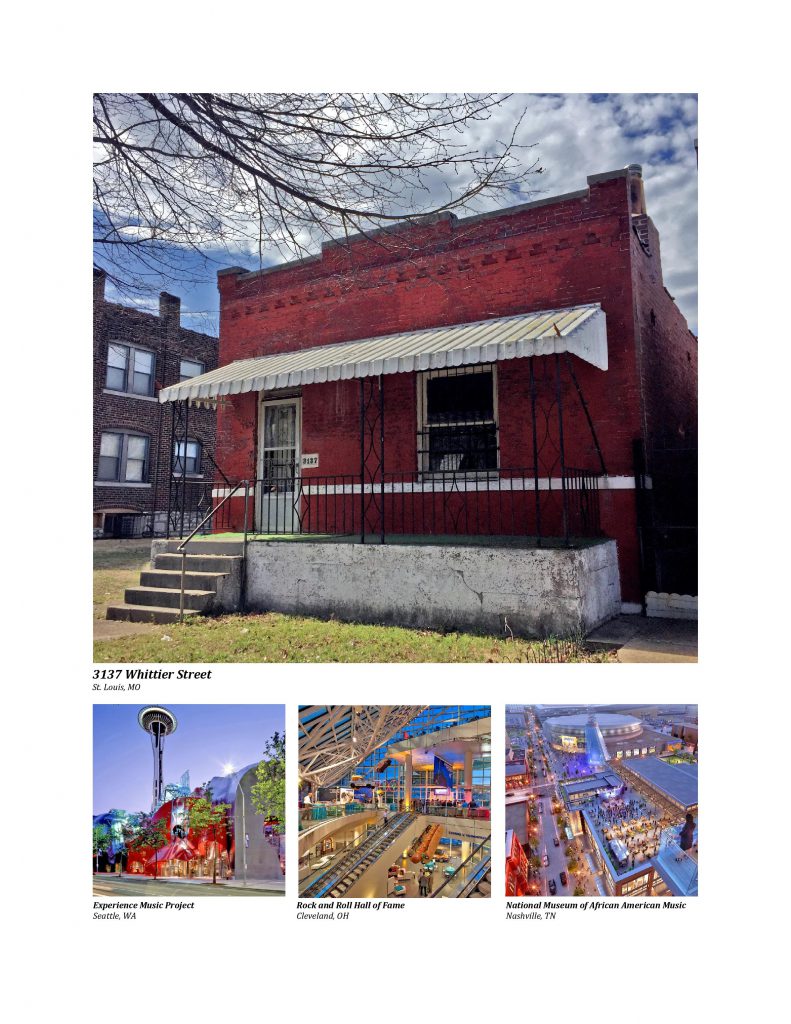 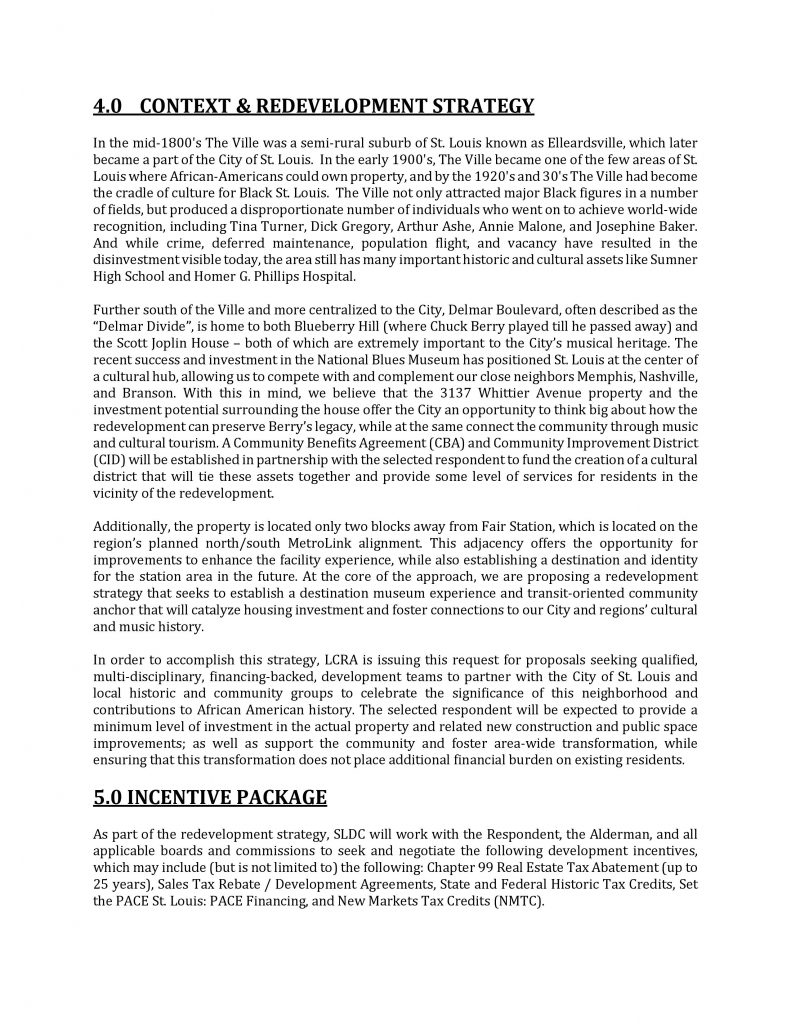 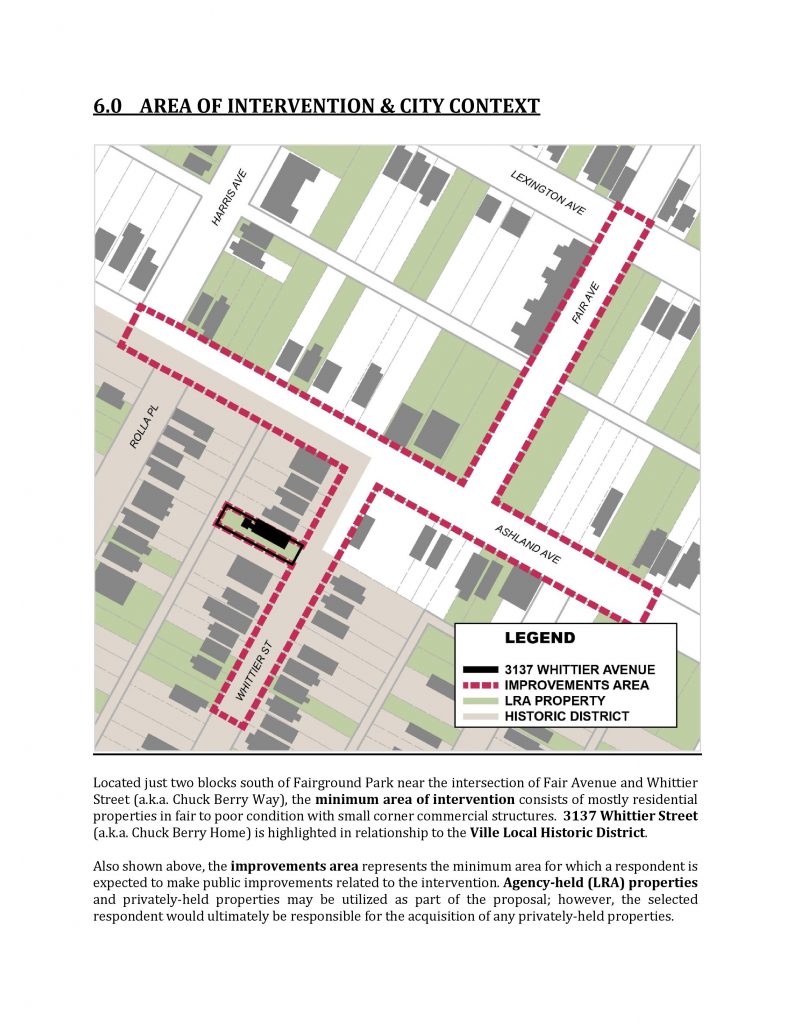 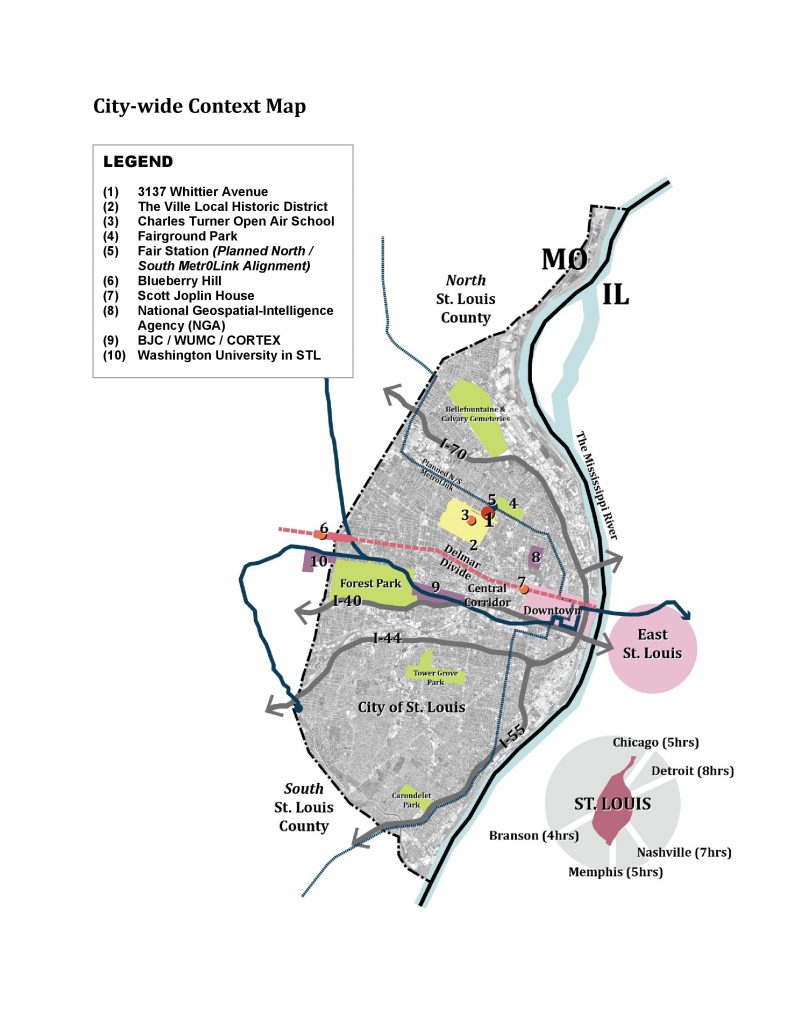 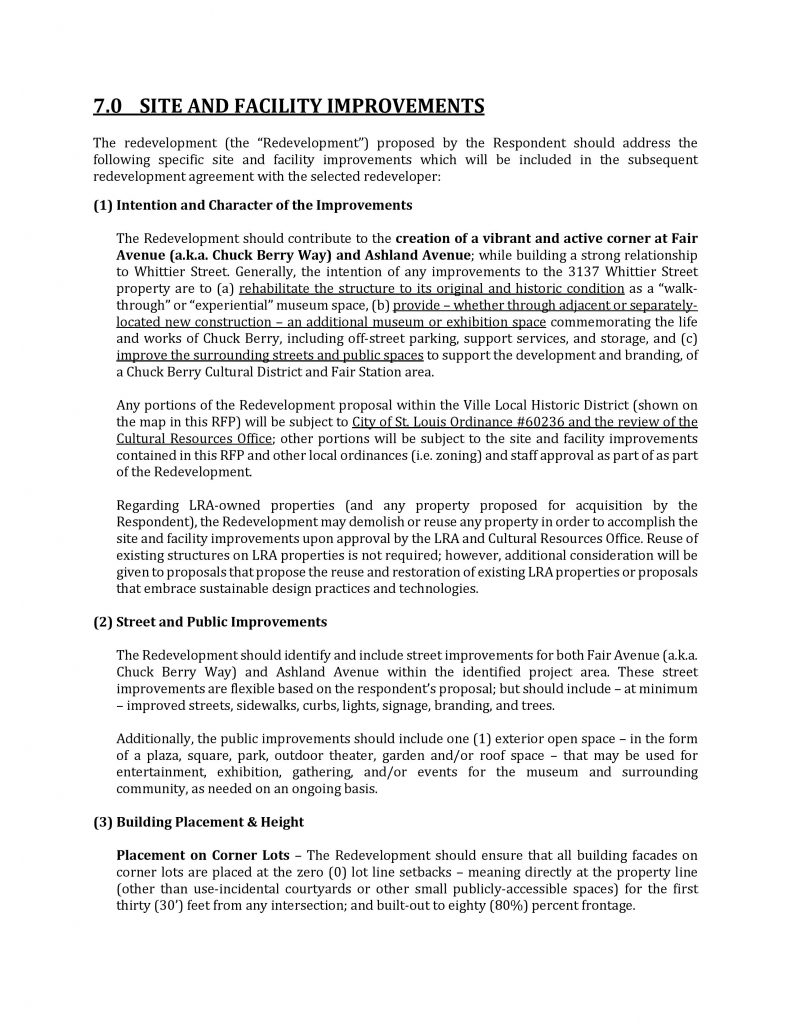 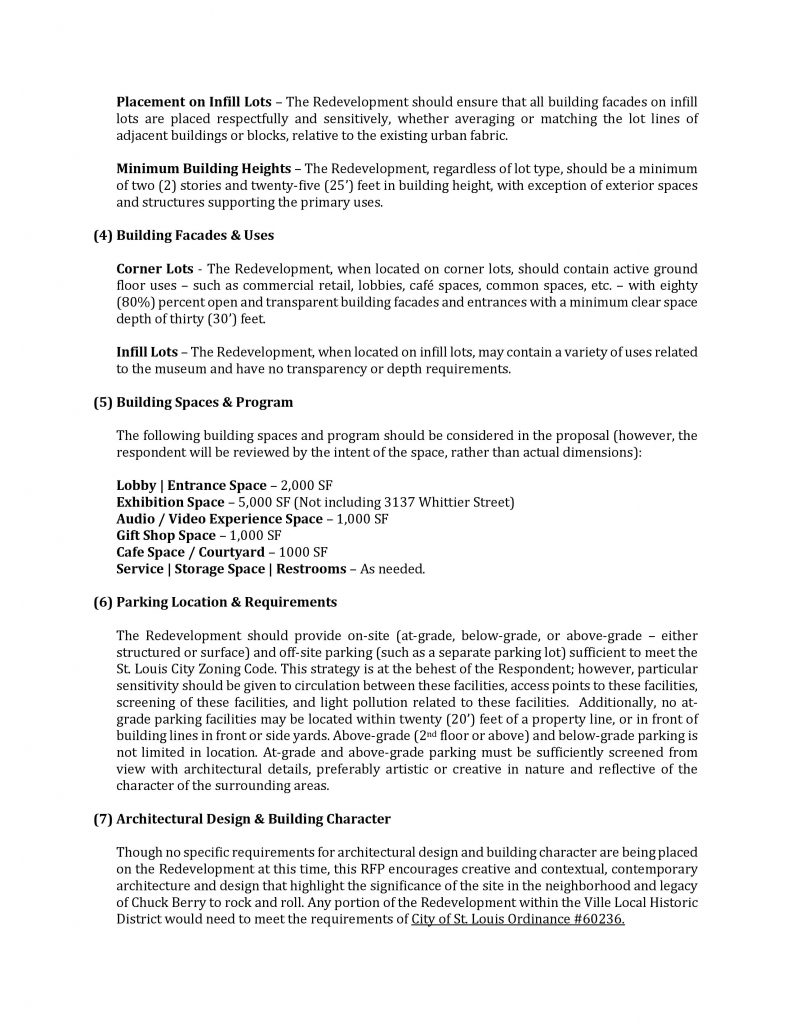 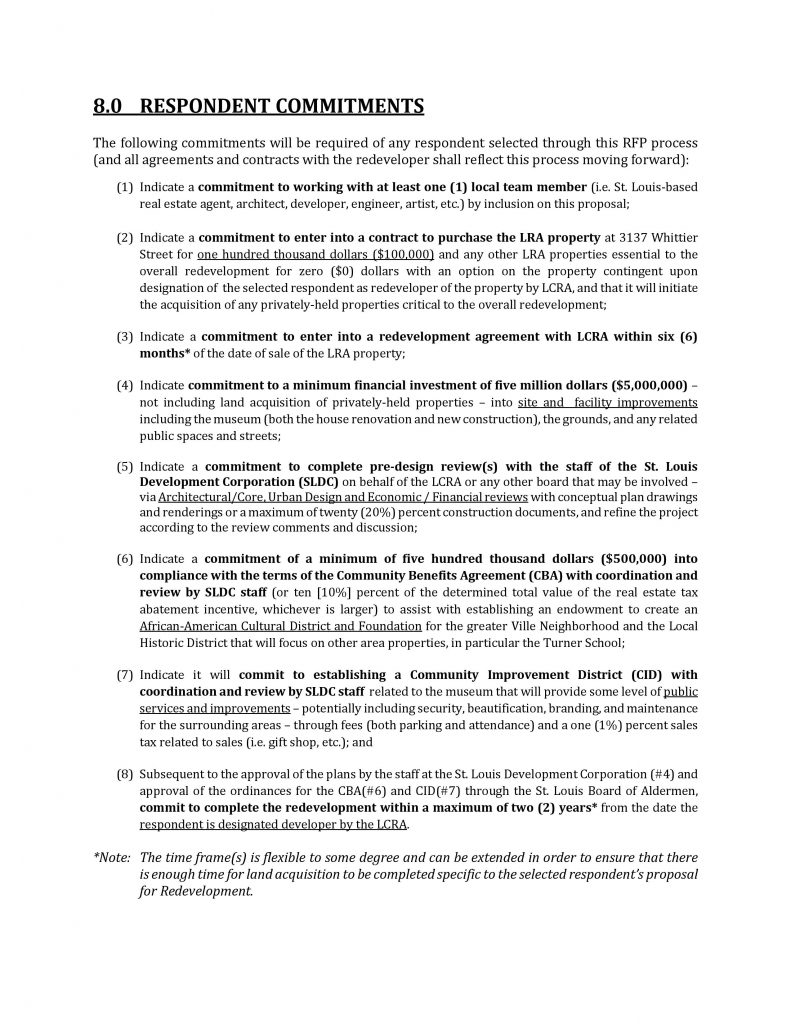 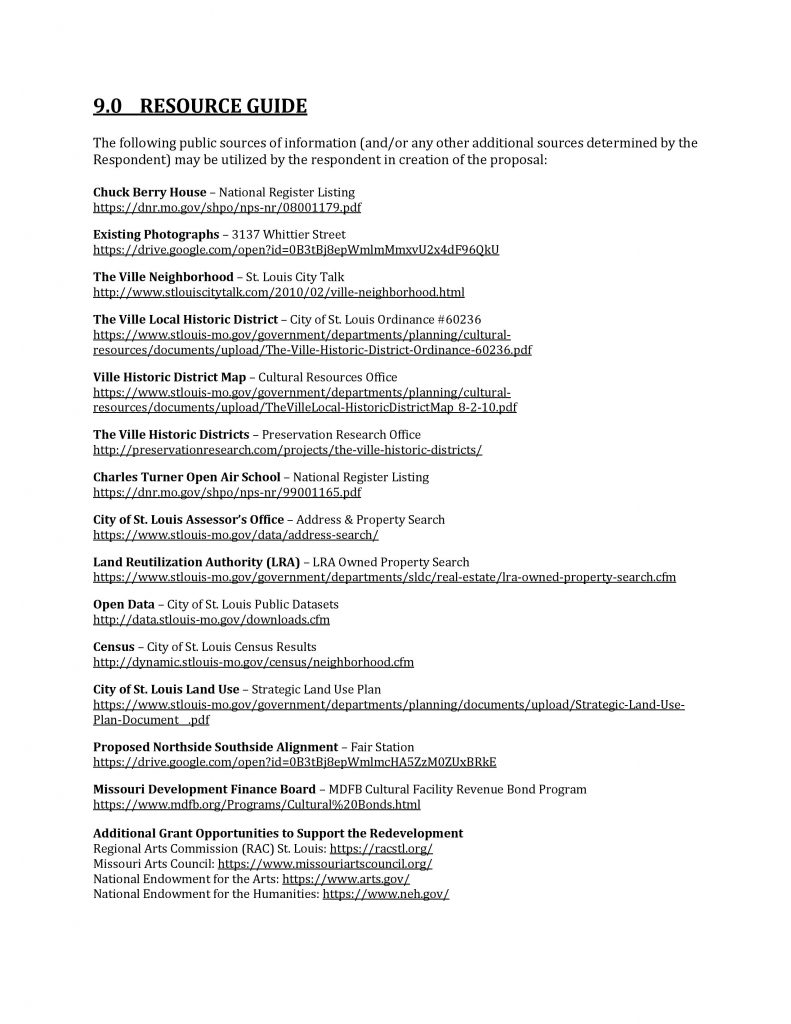 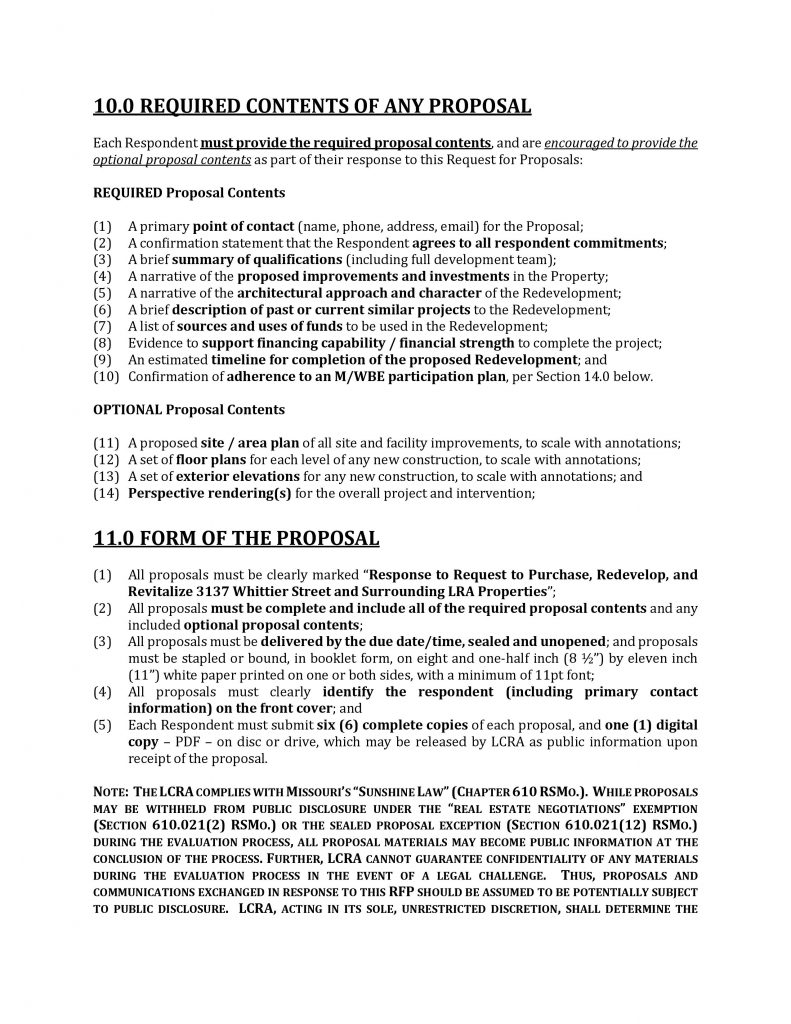 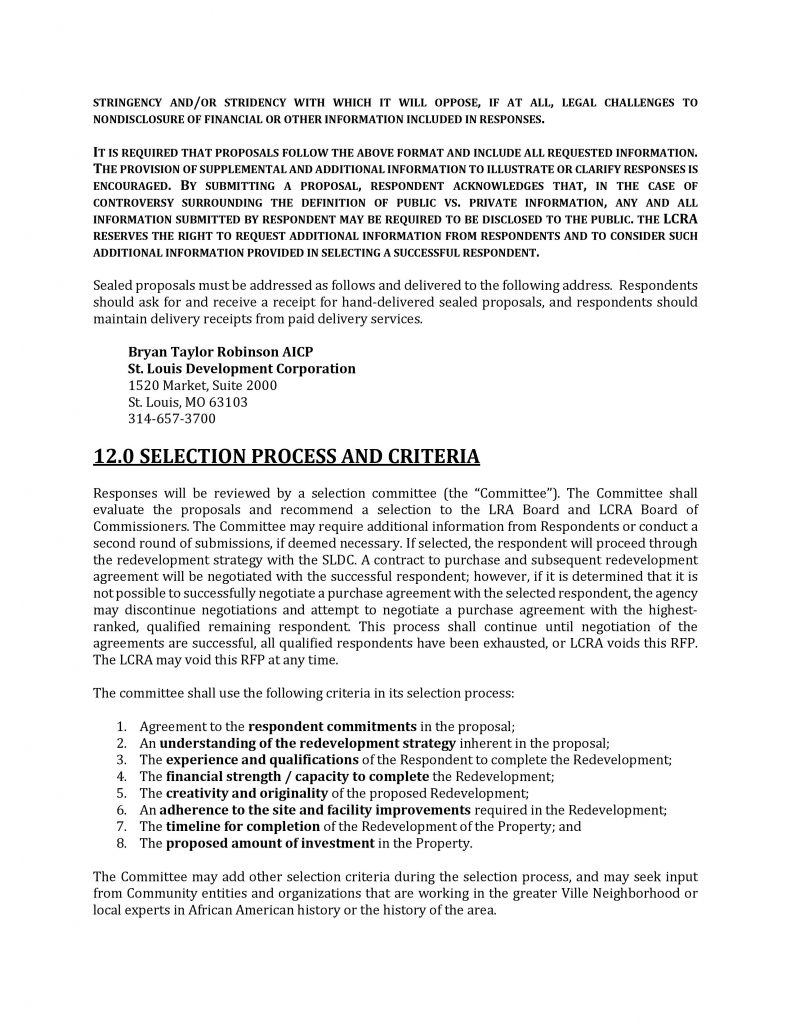 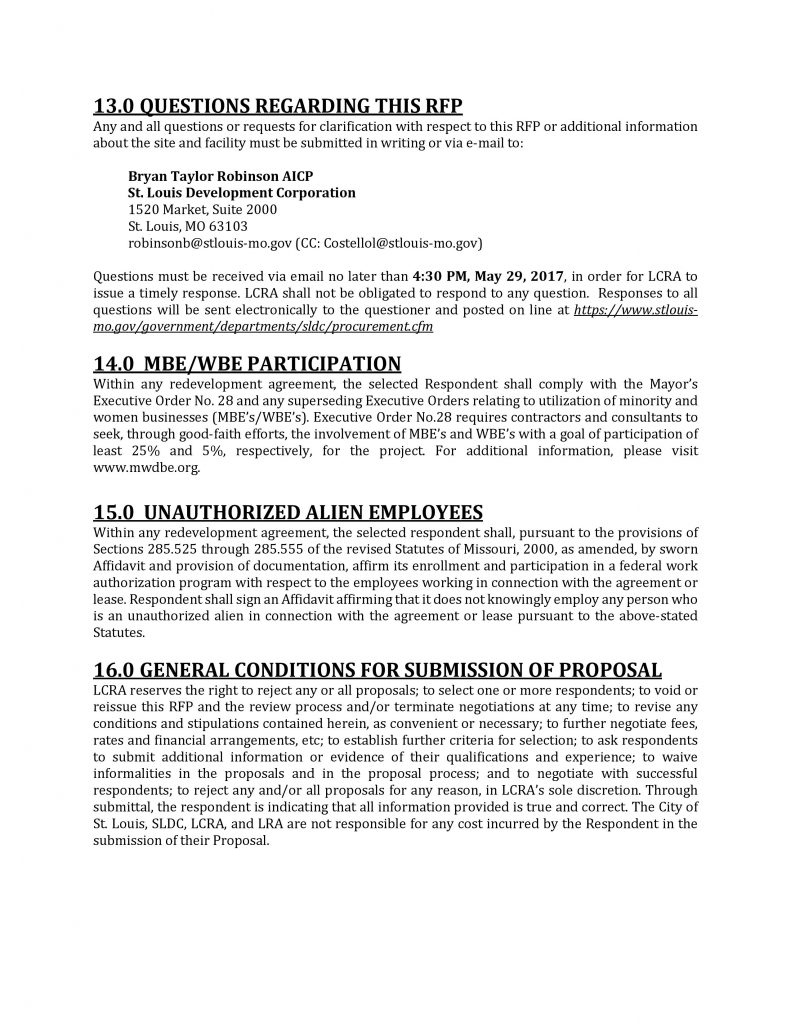