We’re in University City now. I feel much safer. We see some of the effects of #fragmentation. 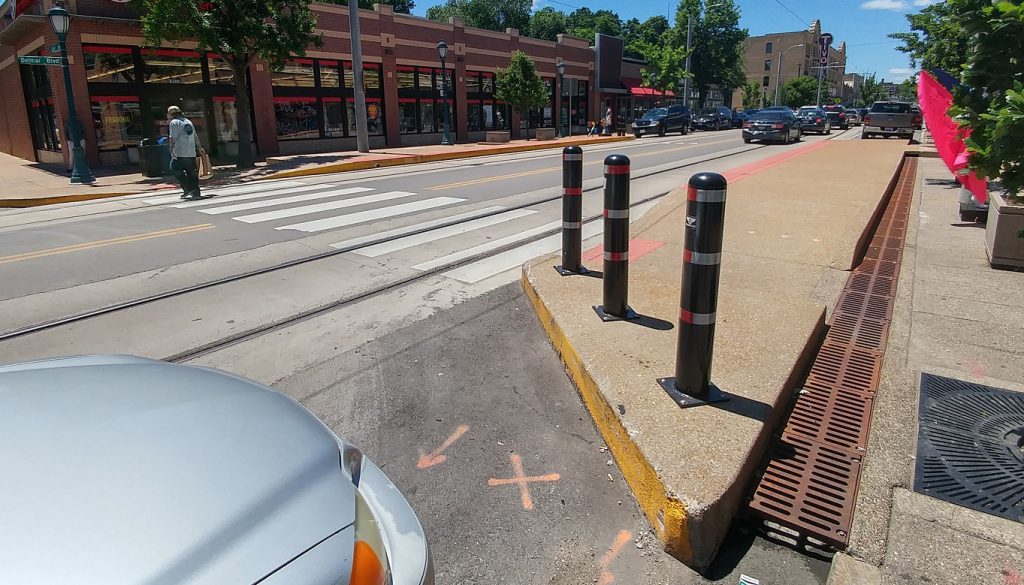 The trolley stop at Limit. Here the platforms have the fancy texture unlike the ones in St. Louis. 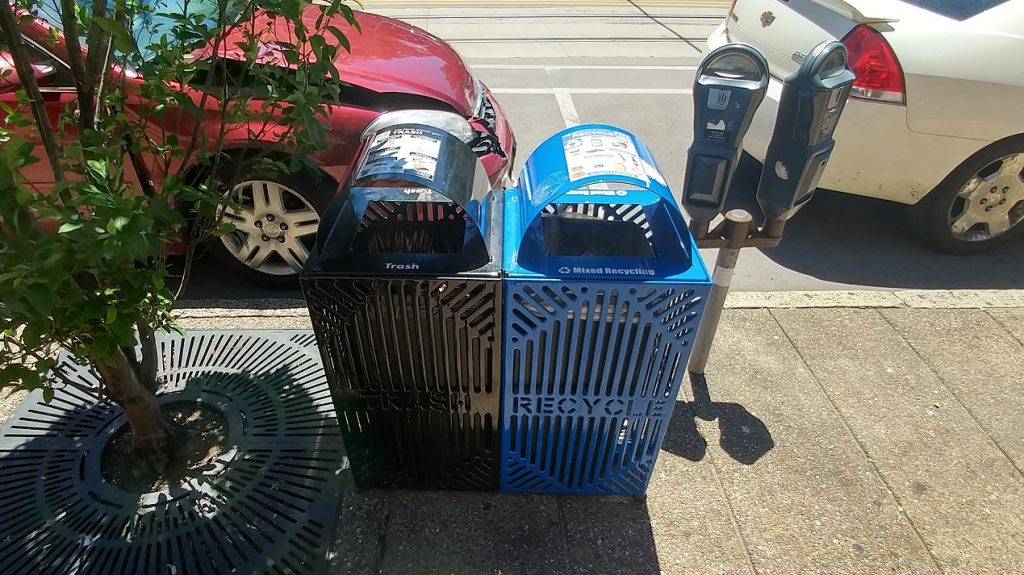 U City has put out dual trash-recycling bins. Something to copy on the city side. U City still has old-timey parking meters. 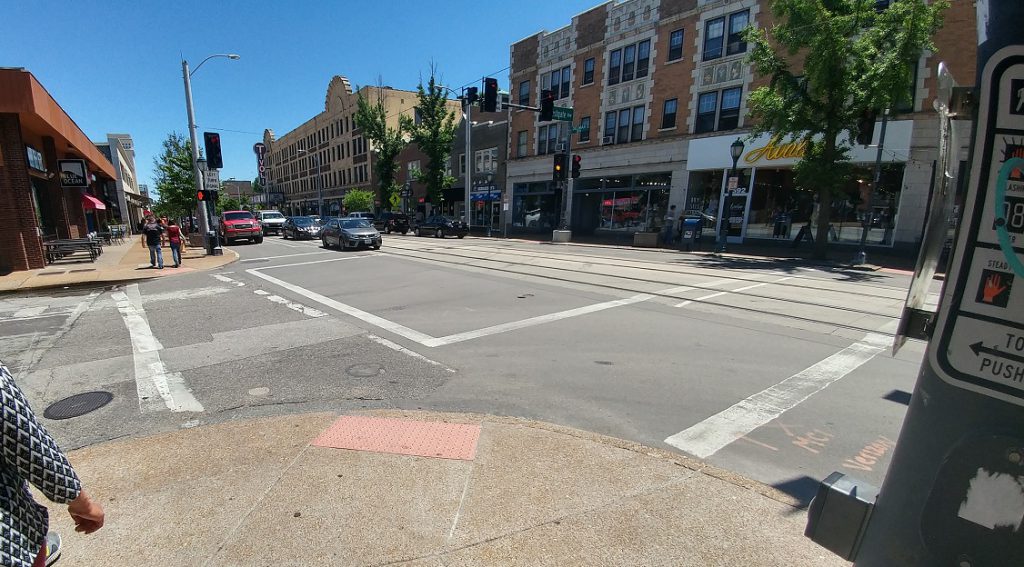 The intersection of Westgate and Delmar. It has a couple of the corner curb cuts.

Melville at Delmar. Now this is the right way to do curb cuts! 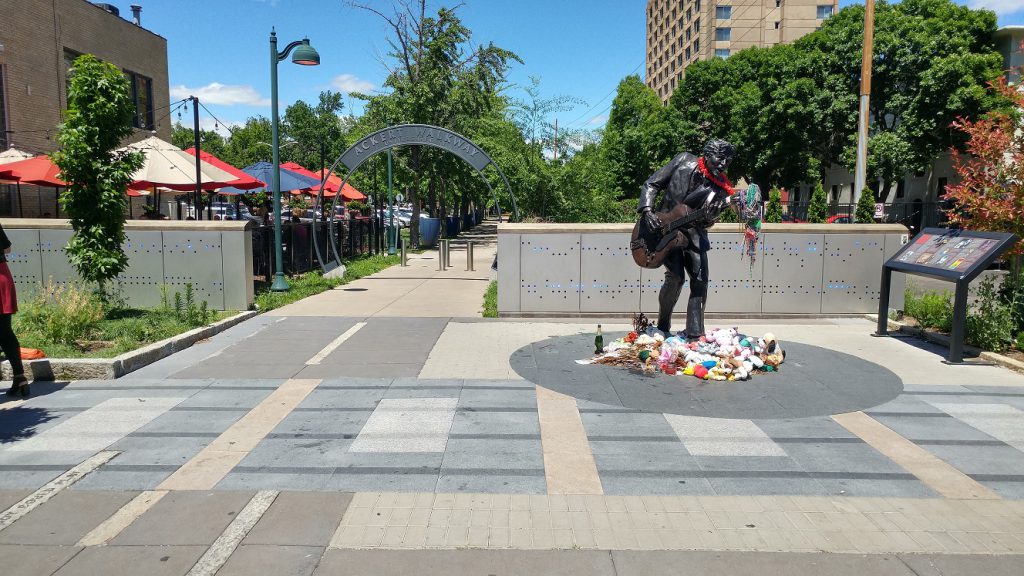 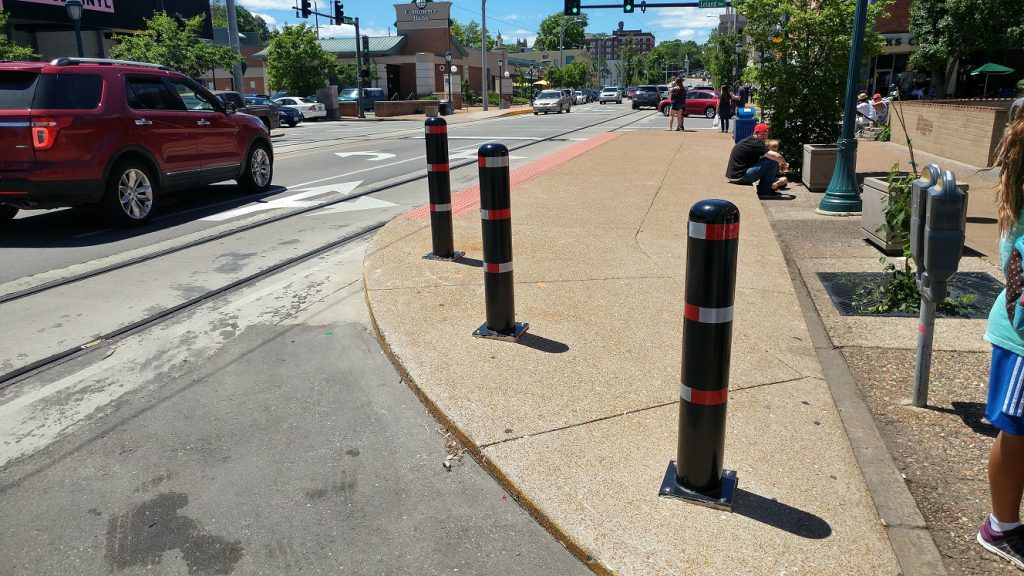 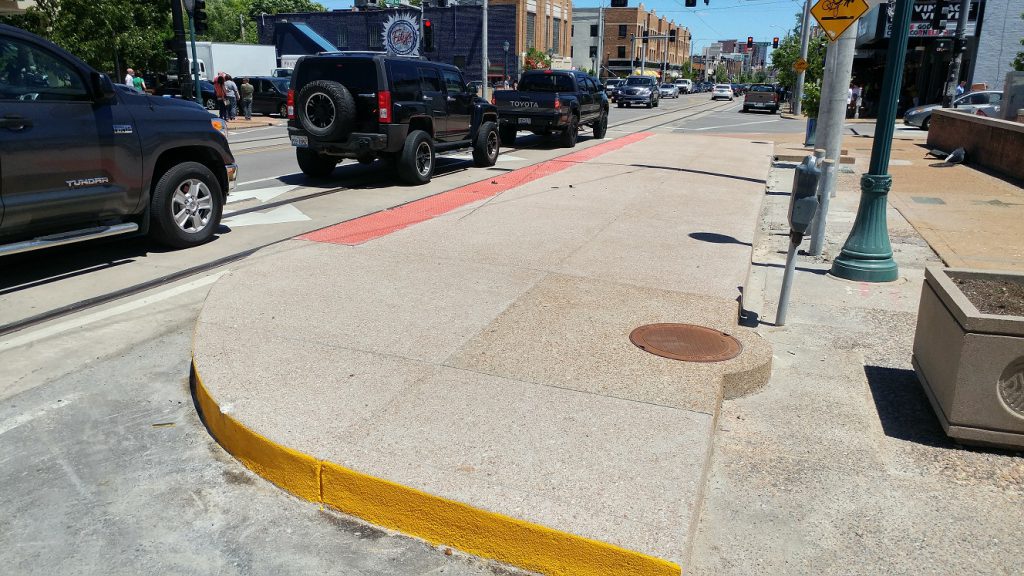 The Trolley stop at Leland. 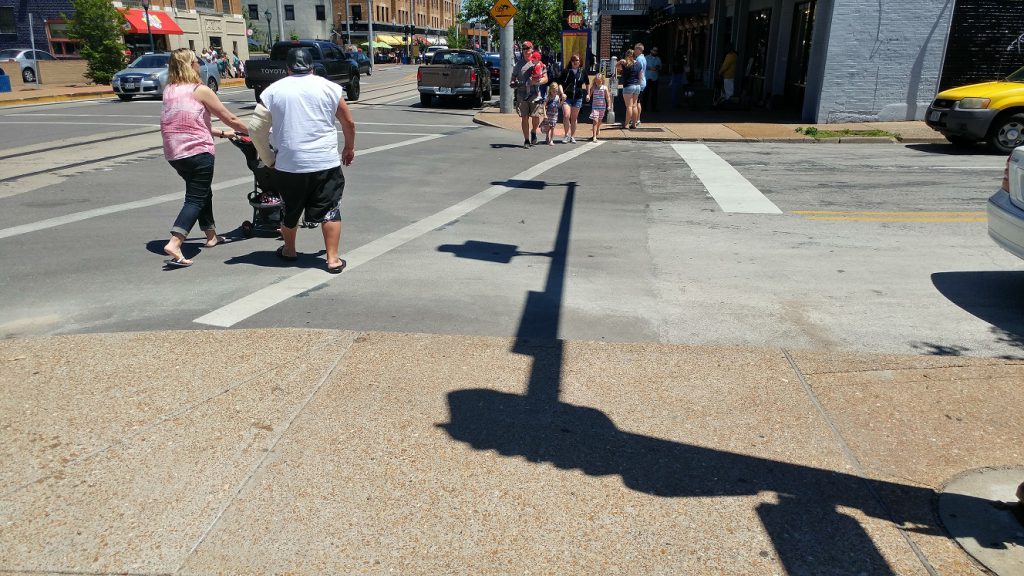 THe most awkward set of curb cuts on the Trolley corridor. The west one takes you way out of your way, and the east one makes you deal with an obstacle course. Why is this so hard? 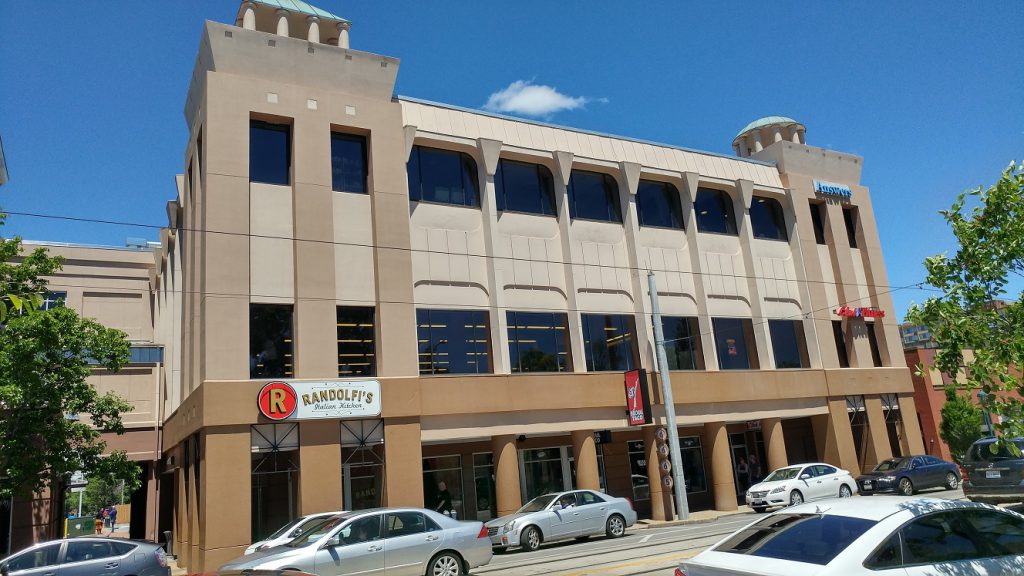 American National Insurance Building. This building has an interesting history. I dislike how confining the colonnade is.

The building was stripped and a third story was added during the urban renewal era. 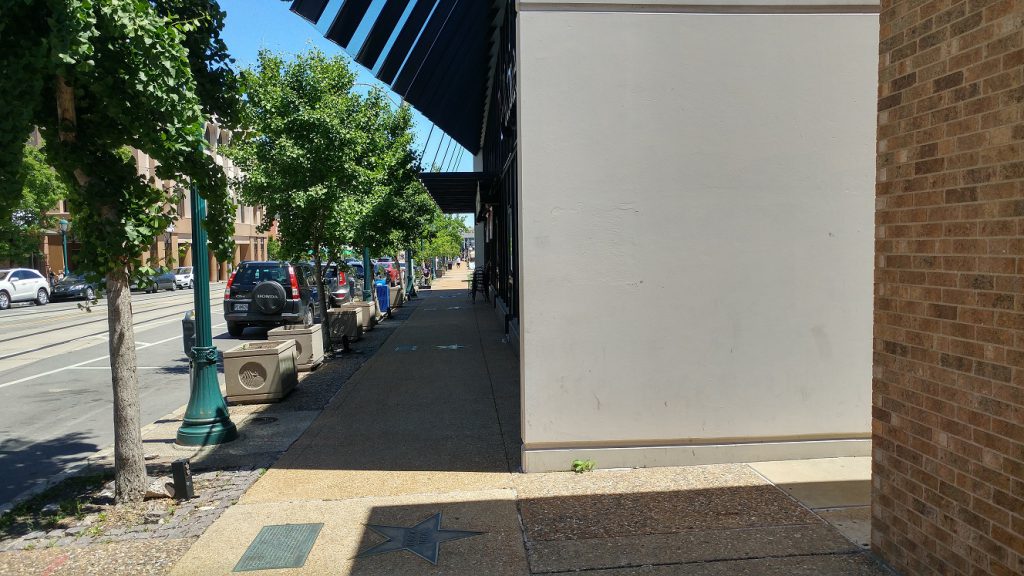 I never understood why this building wasn’t set back to line up with the adjacent building. The sidewalk is too narrow. 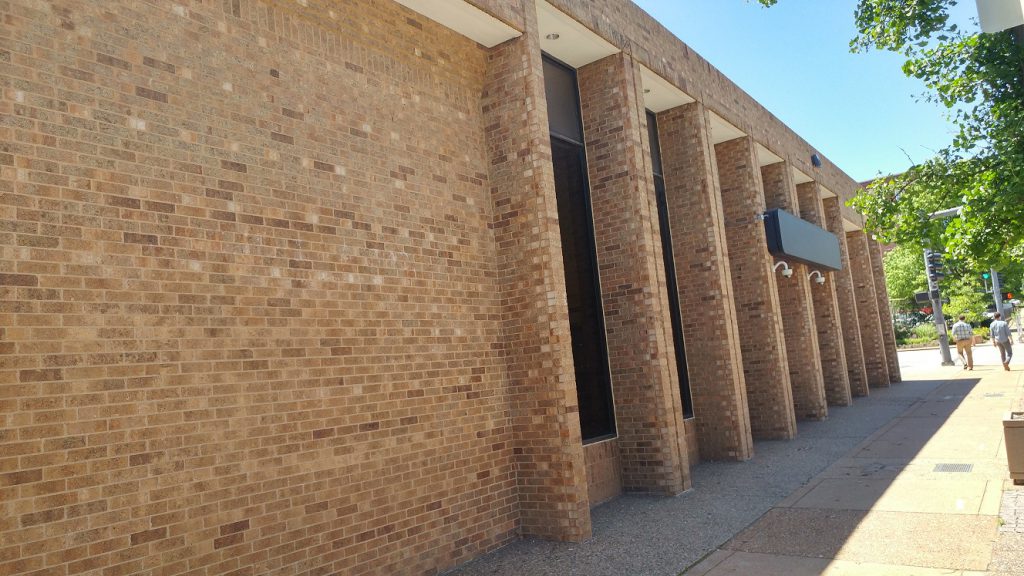 The Trolley stop at the University City Library. 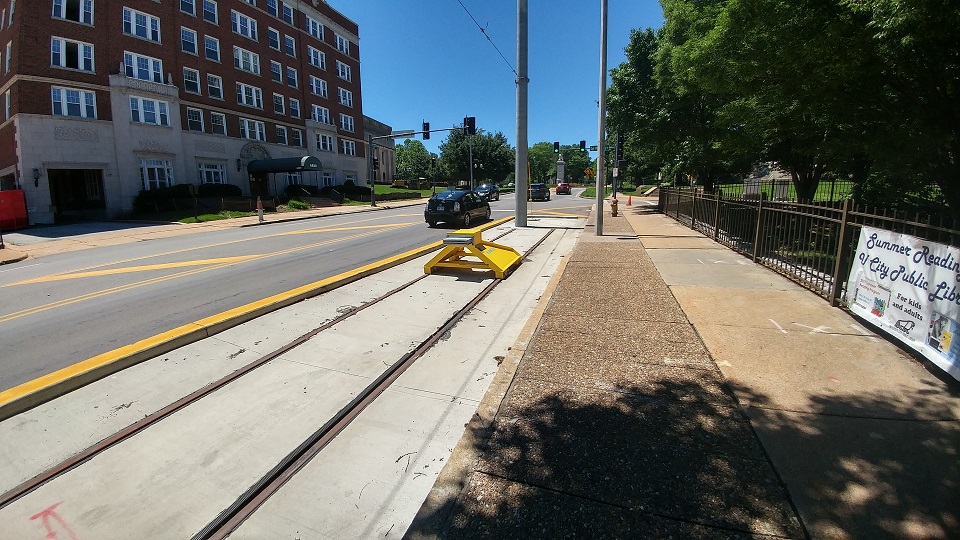 The end of the line. It was once planned to do a loop around the roundabout to the west.

That concludes our tour!