Downtown St. Louis is the center of the region. Sort of. Downtowns, despite their long-waning position as anchor employment and shopping districts, continue to serve as a sort of ceremonial “center” in most metro regions.

Downtown is generally where City Hall can be found, as well as the tallest buildings, often the sports arenas, the courts, some convergence of transit, etc. Downtown is where a region celebrates. It’s where you find championship parades, conventions, the largest civic events, the marathons, festivals, that Arch, and more.

At the same time, the Metro East has continued to lose jobs and residents. From 2000-2010, the Illinois counties of the Metro East lost a greater percentage of their population than did the City of St. Louis (8%).

And while downtowns across the Midwest have lost employment and retail density, St. Louis may be unique in how displaced our downtown has become from jobs, retail, and residents. Looking at the cities of Columbus, Indianapolis, Pittsburgh, Cincinnati, and St. Louis highlights the difference.

Both Columbus and Indianapolis show significantly greater job sprawl than St. Louis, but their downtowns have remained very nearly the center of their respective regions. Pittsburgh is significantly more compact and centered. Cincinnati is heavily skewed but shows greater balance, and its asymmetry is created in part because of development along the I-75 corridor to nearby Dayton.

So what? Well, we can imagine downtown St. Louis as the center of the region but must recognize that it is not. How we understand this should inform policy and planning decisions regarding transit, retail, development subsidies and more. That is, you simply can’t create development strategy without recognizing the unique position of downtown St. Louis. 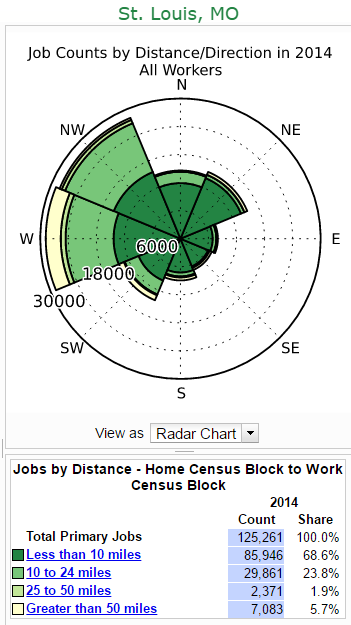 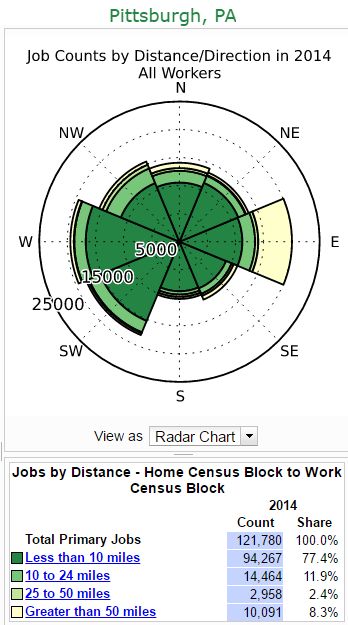 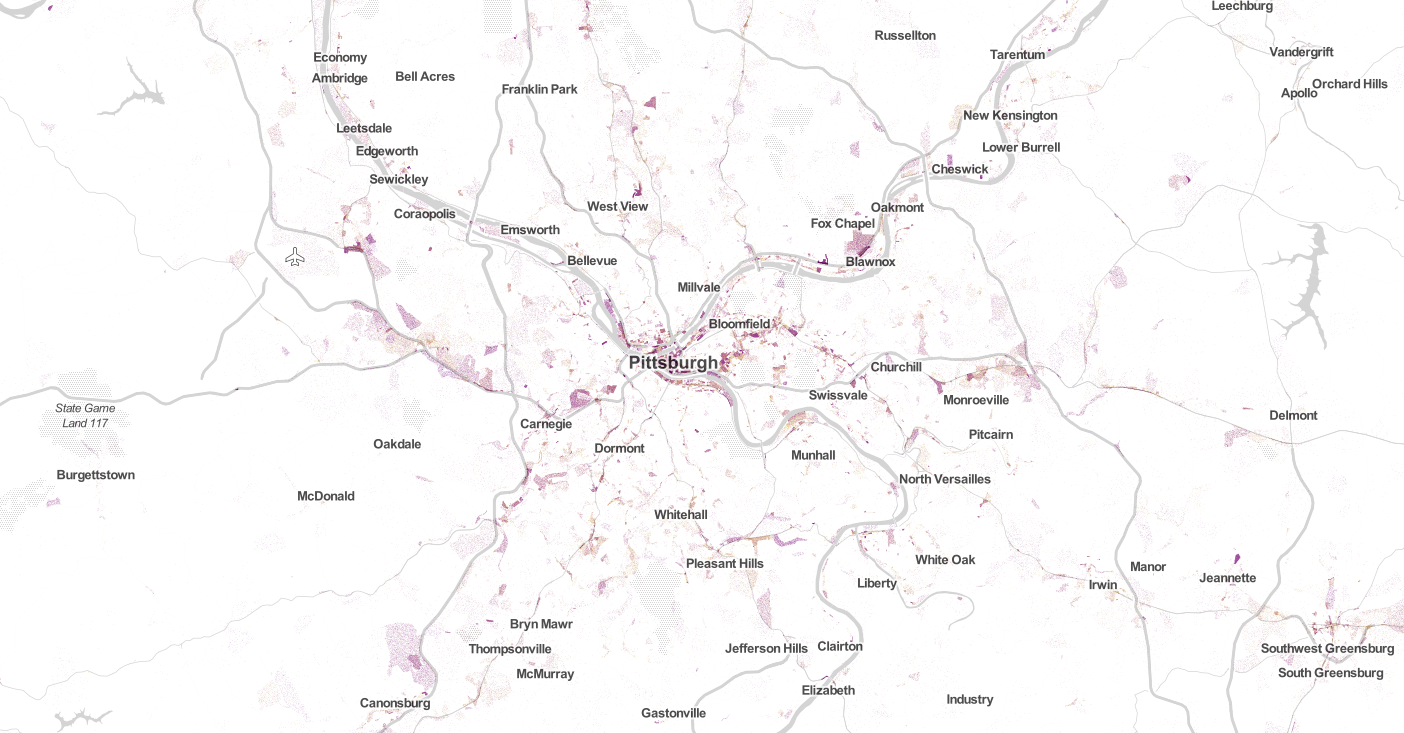 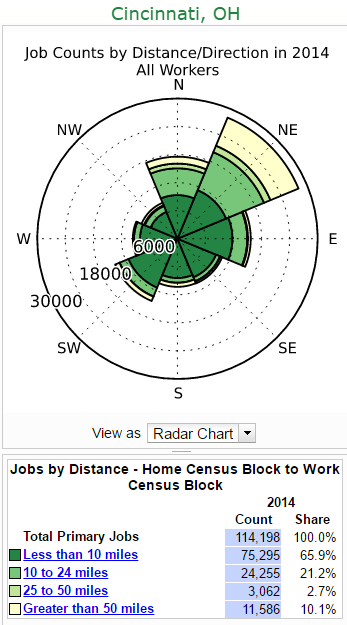 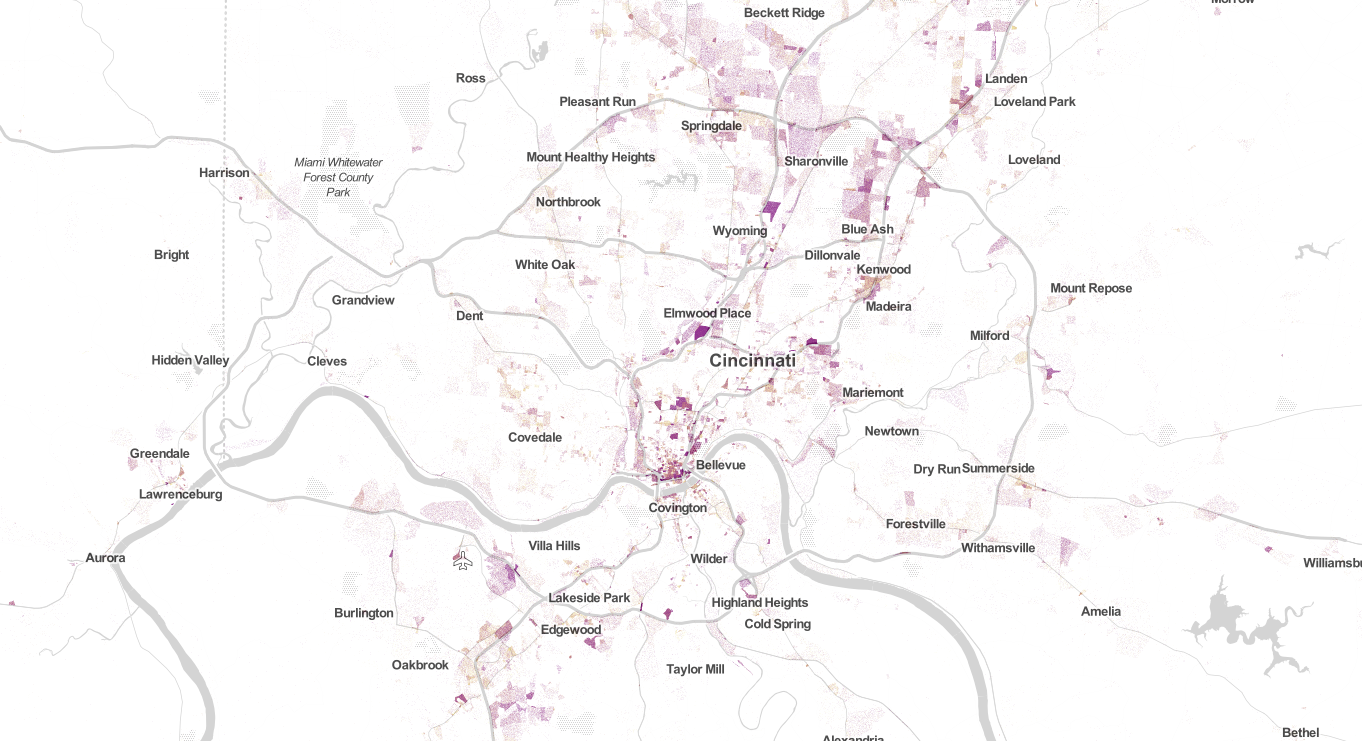 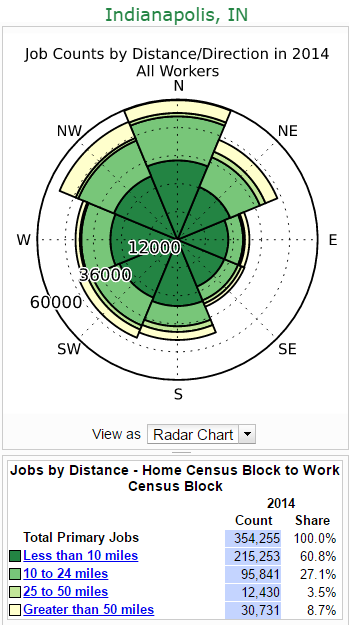 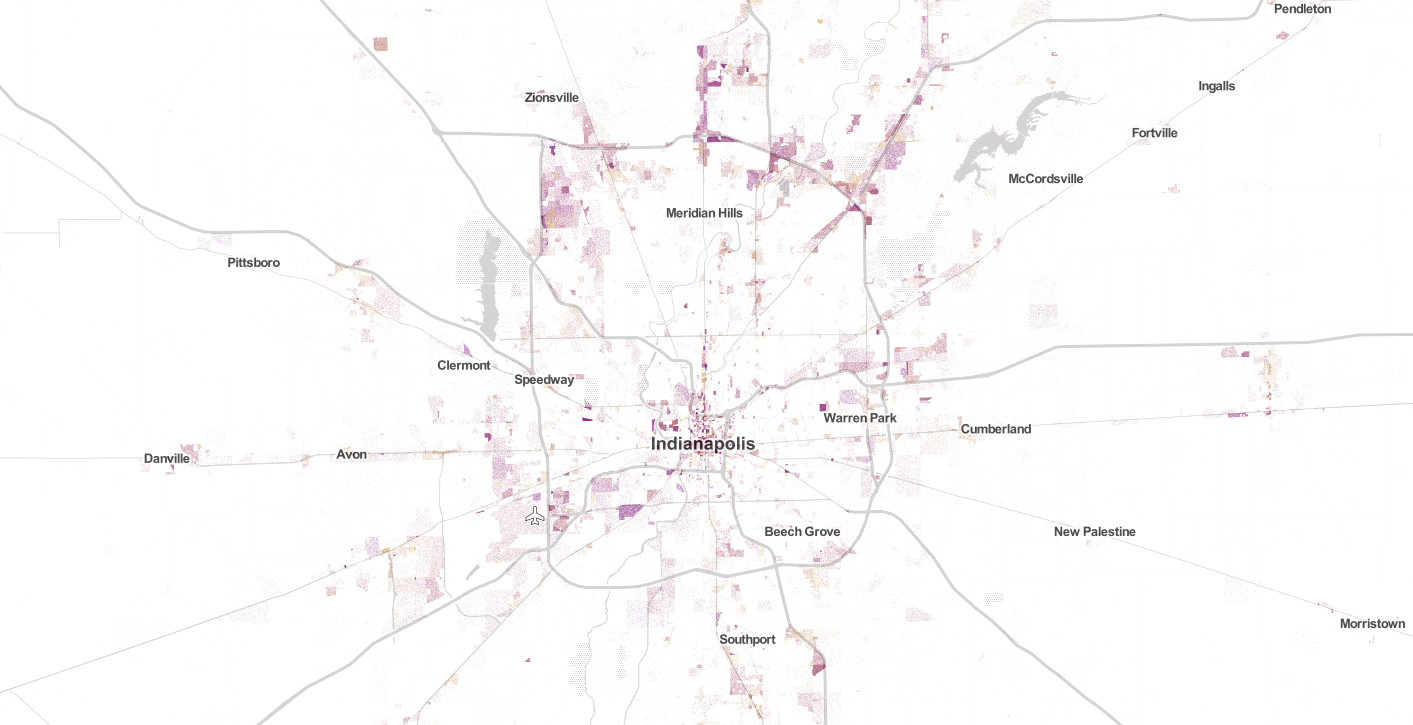 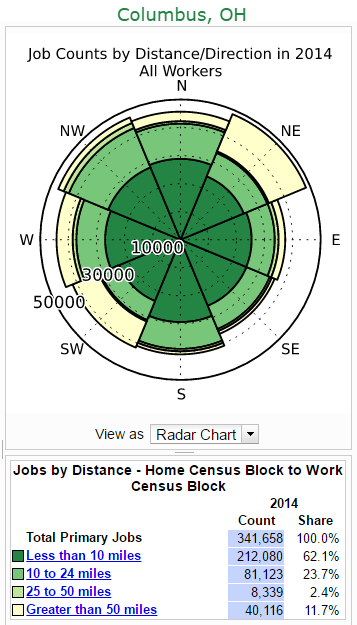 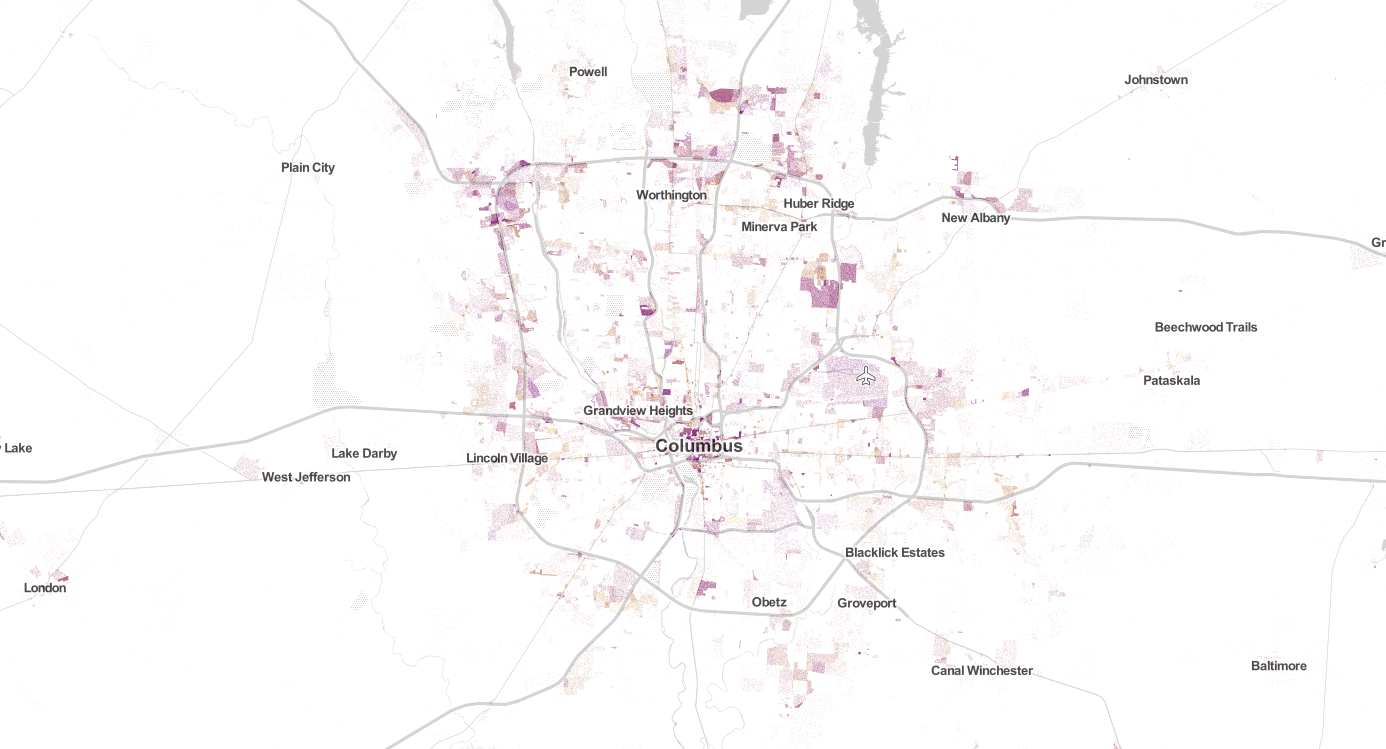