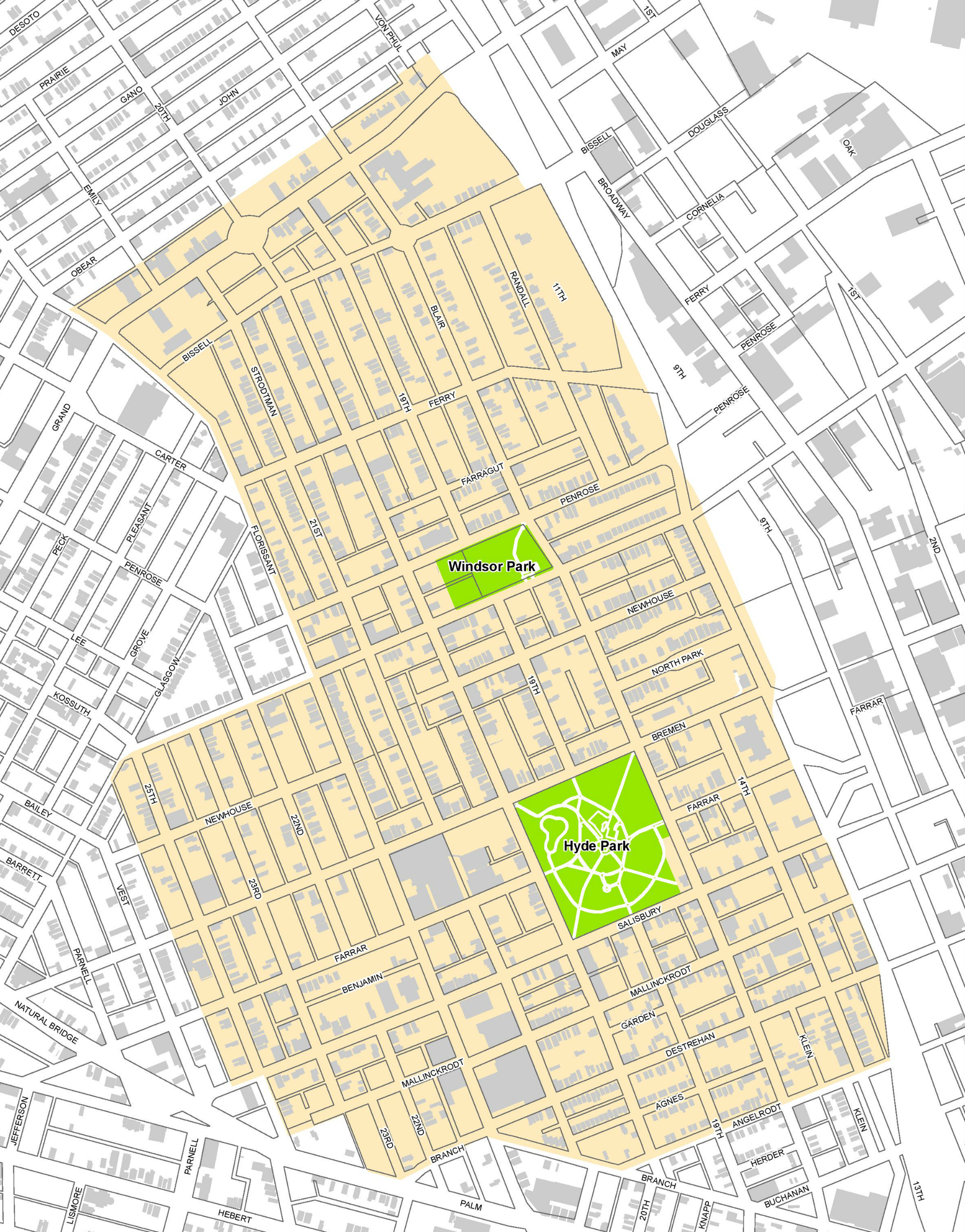 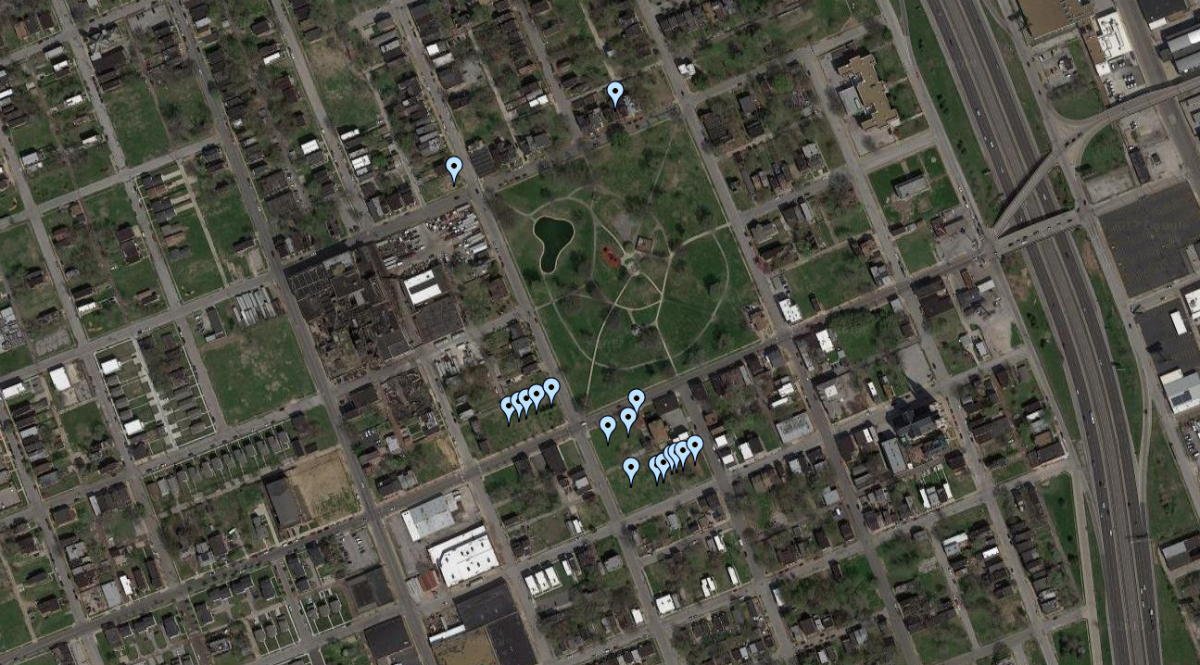 Developer UIC has 19 parcels in the city’s Hyde Park neighborhood under contract from the Land Reutilization Authority for future development. The parcels are concentrated on Salisbury and Mallinckrodt Streets near the neighborhood’s park.

UIC has found success in the redevelopment of McRee Town, an area sandwiched between rail yards and Interstate 44 in central St. Louis City. While the eastern half, eight city blocks, of McRee Town was demolished for new housing, UIC has selectively rehabbed and built infill on the eight blocks nearest Tower Grove Avenue. [Read more NEXT STL coverage of UIC]

The Hyde Park neighborhood has seen waves of redevelopment ideas and creative interventions come and go. In 2010, artist Theater Gates founded the Rebuild Foundation, which saw a partnership with Most Holy Trinity Catholic Church and Pulitzer Arts. You can read more about that effort at Art21 magazine and Art Place America.

Despite academic interest and creative energy, much of Hyde Park remains abandoned and crumbling. The neighborhood lost 29% of its population (3,741 to 2,668) from 2000 to 2010. What UIC is proposing, according to information presented at a recent public meeting hosted by Alderman Brandon Bosley, is a Chapter 99 development agreement with the city’s Land Clearance for Reutilization Authority (LCRA) as developer. Eminent domain would be prohibited, as would Tax Increment Financing (TIF).

The Chapter 99 designation could cover as much as 350 acres, closely mirroring the Hyde Park Local Historic District. UIC has stated that it would actively work to help educated developers on how to take advantage of tax abatement and other incentives to develop in the area.

Chapter 99 does not designate a single controlling development entity in the same way as does a Chapter 353 designation. For example, a Chapter 353 redevelopment area was recently established surrounding the Saint Louis University medical school. A development corporation created by the university has been granted a wide array of development rights for the area. Chapter 99 would allow various developers to access incentives and complete projects with 10-year tax abatement. (Missouri Revised Statutes – Chapter 99, Municipal Housing)

According to LRA documents, the parcels UIC has under contract total nearly 90,000 square feet and are under contract for $30,154. UIC holds a 24-month option on the properties. Sixteen of the parcels are vacant lots planned for new construction. The remaining three at 1519 Bremen, 1914 Salisbury, and 1901 Mallinckrodt have structures: 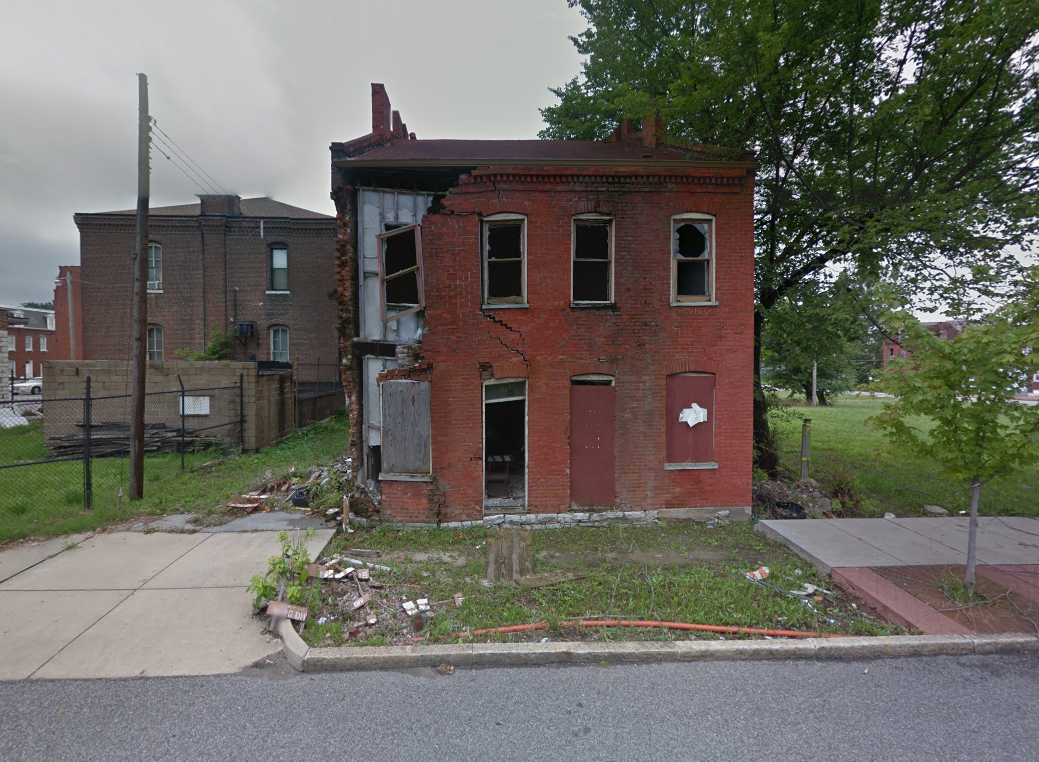 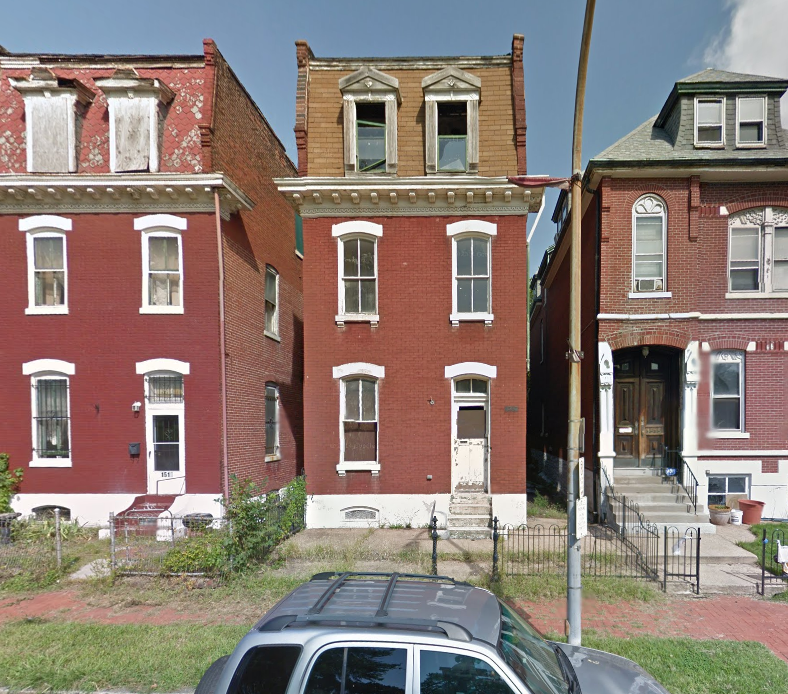 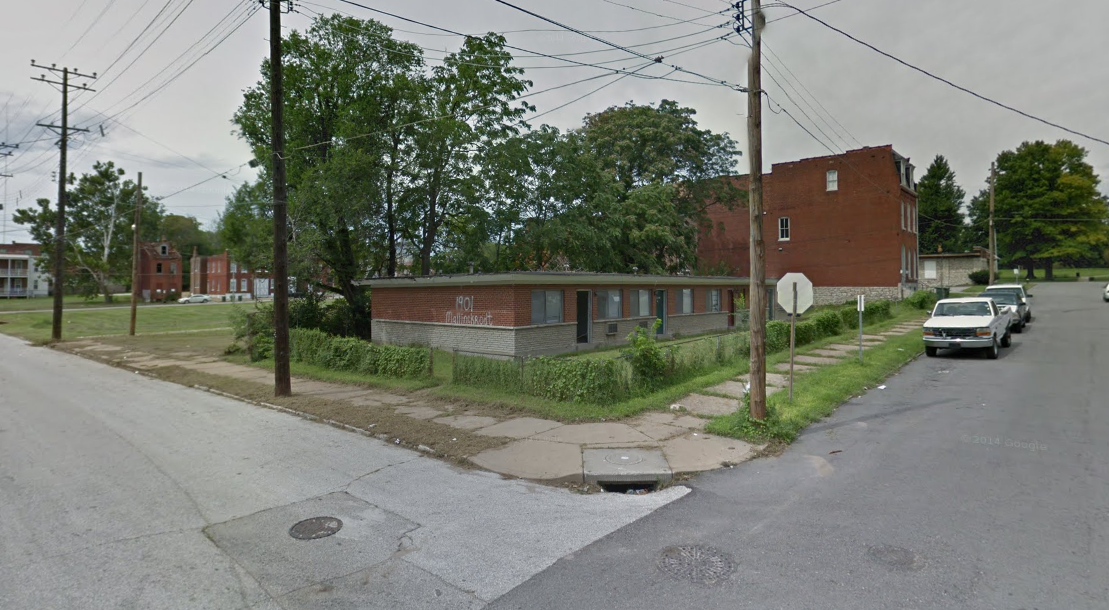 The largest parcels, along 20th Street between Mallinckrodt and Salisbury were the site of the Nord St. Louis Turnverein, a landmark of the area’s German heritage dating to 1879. From architectural historian Michael Allen: “Hyde Park began as the German-founded town of Bremen in 1844, and for the first 100 years of this area’s development, Germans were involved in every aspect of civic life here. Despite annexation by the city of St. Louis in 1855 and an influx of immigrants of other nationalities, Hyde Park retained a distinctly German character.” 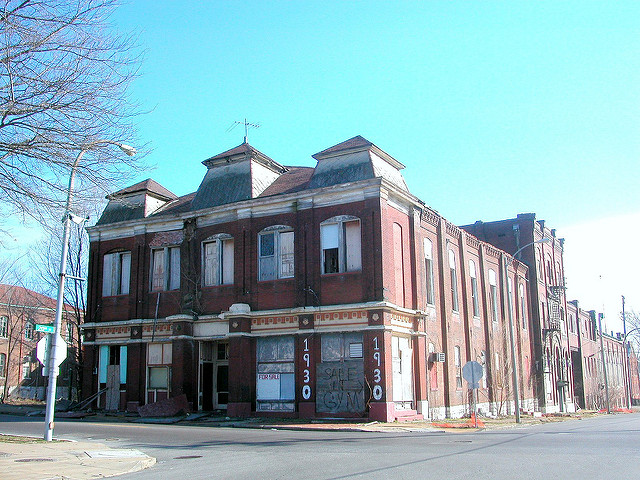 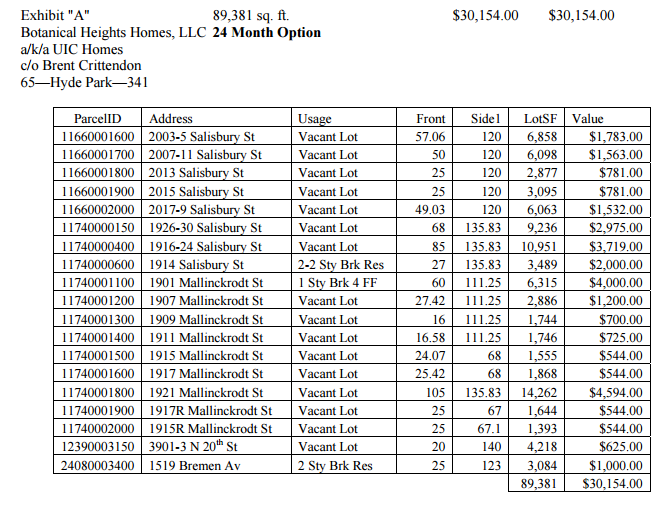 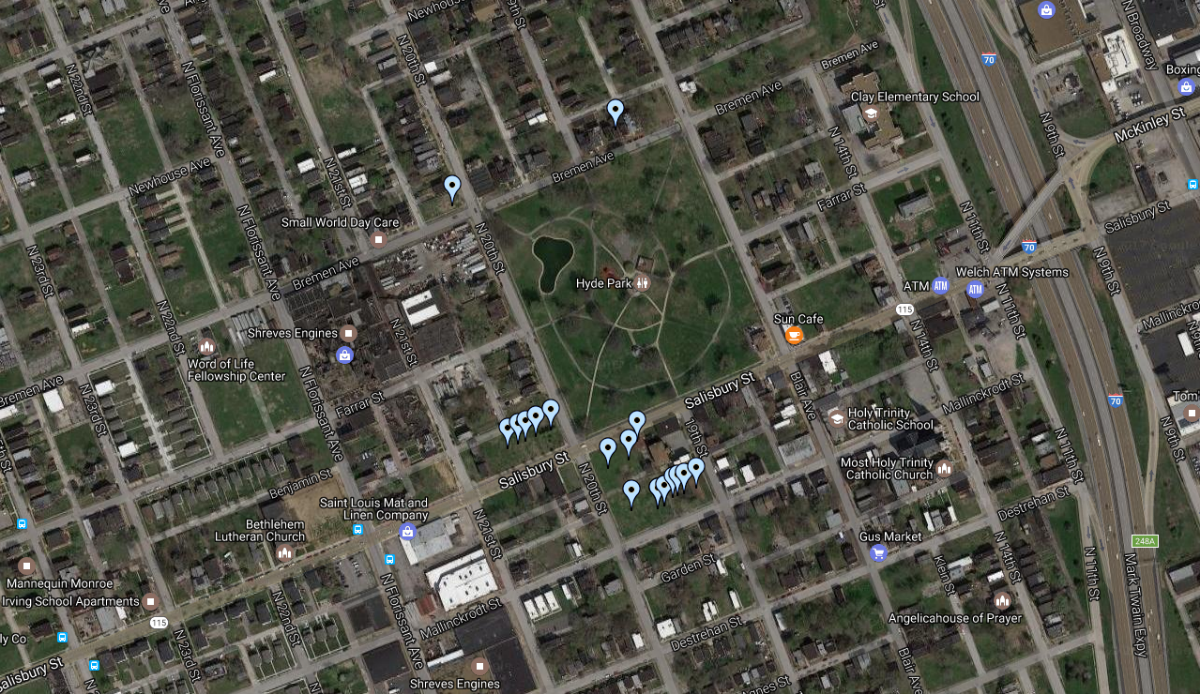 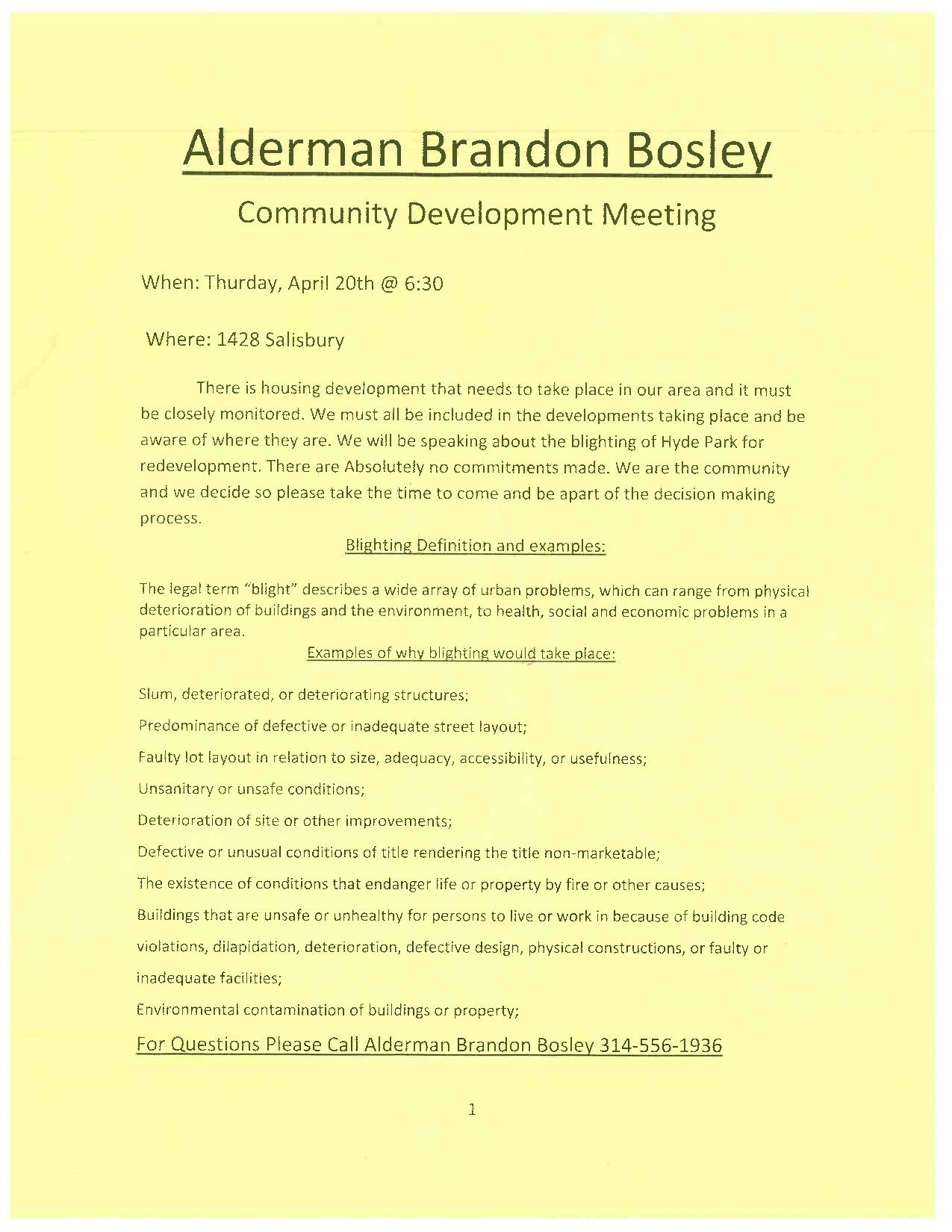