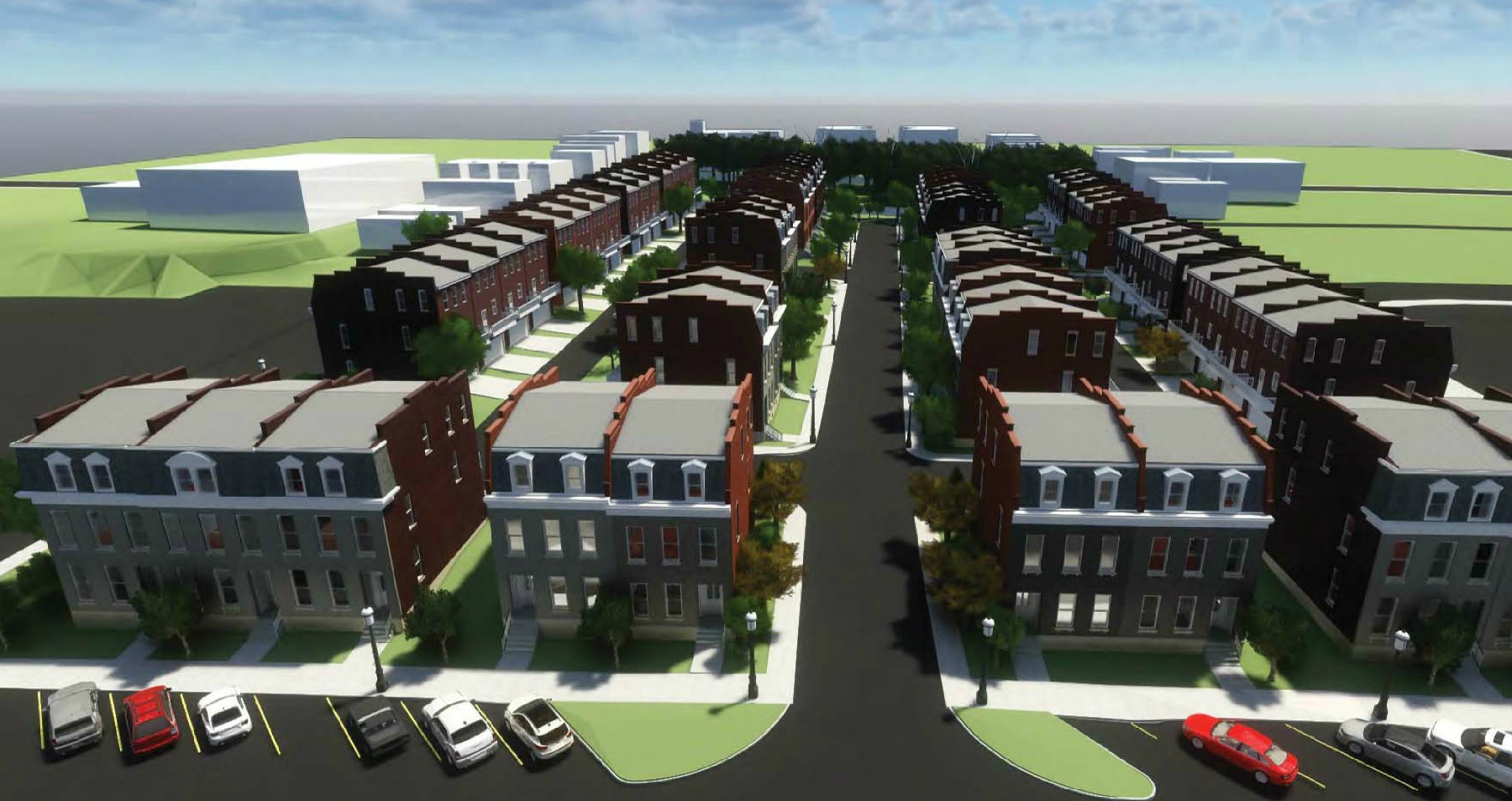 When the Pulte Homes and Killeen Studio Architects plan for infill at the long-vacant Praxair site in Lafayette Square hit a road bump a couple weeks ago, we were surprised. Reaction to the very conventional proposal on this site and various social media was almost entirely positive. If you can please this crowd…well, we just thought it would likely sail through.

It turns out that we had switched off our NIMBY radar for maintenance and missed the looming opposition. Residents of Lafayette Square turned out to the city’s Preservation Board meeting, where the Cultural Resources Office was to recommend initial approval, and suddenly the project was stalled. Seems that being against something is still a greater motivator than being for something.

Anyway, Pulte and Killeen apparently listened and returned to the drawing board. The project is scheduled to go back before the Preservation Board later this month. Both the site plan and building design have seen changes.

The new site plan shows Lasalle Street no longer connecting through the development to MacKay Place. A new north-south street enters the development from Chouteau. This allows for an incredibly important change in the orientation of the rowhouses.

In the first site plan iteration, the interior streets were really 26-foot wide alleys, fronting large garage doors and the rear of many townhomes. The front of those residences faced one-another across grass courtyards. The revised plan smartly shows all east-west facing garages fronting 15-foot alleys, with the new 26-foot wide street allowing for every unit to face a street. This arrangement results in the loss of two units, but conforms to neighborhood code, and presents a much more urban form.

There are still shortcomings with the plan, but residents opposed to the development surely see these as features and not bugs. Lasalle should connect through to MacKay. And the alley behind the homes fronting Chouteau should connect to both Missouri and MacKay.

Still, it’s an improvement, and the revised site plan means that this will not be the dominant view within the development: 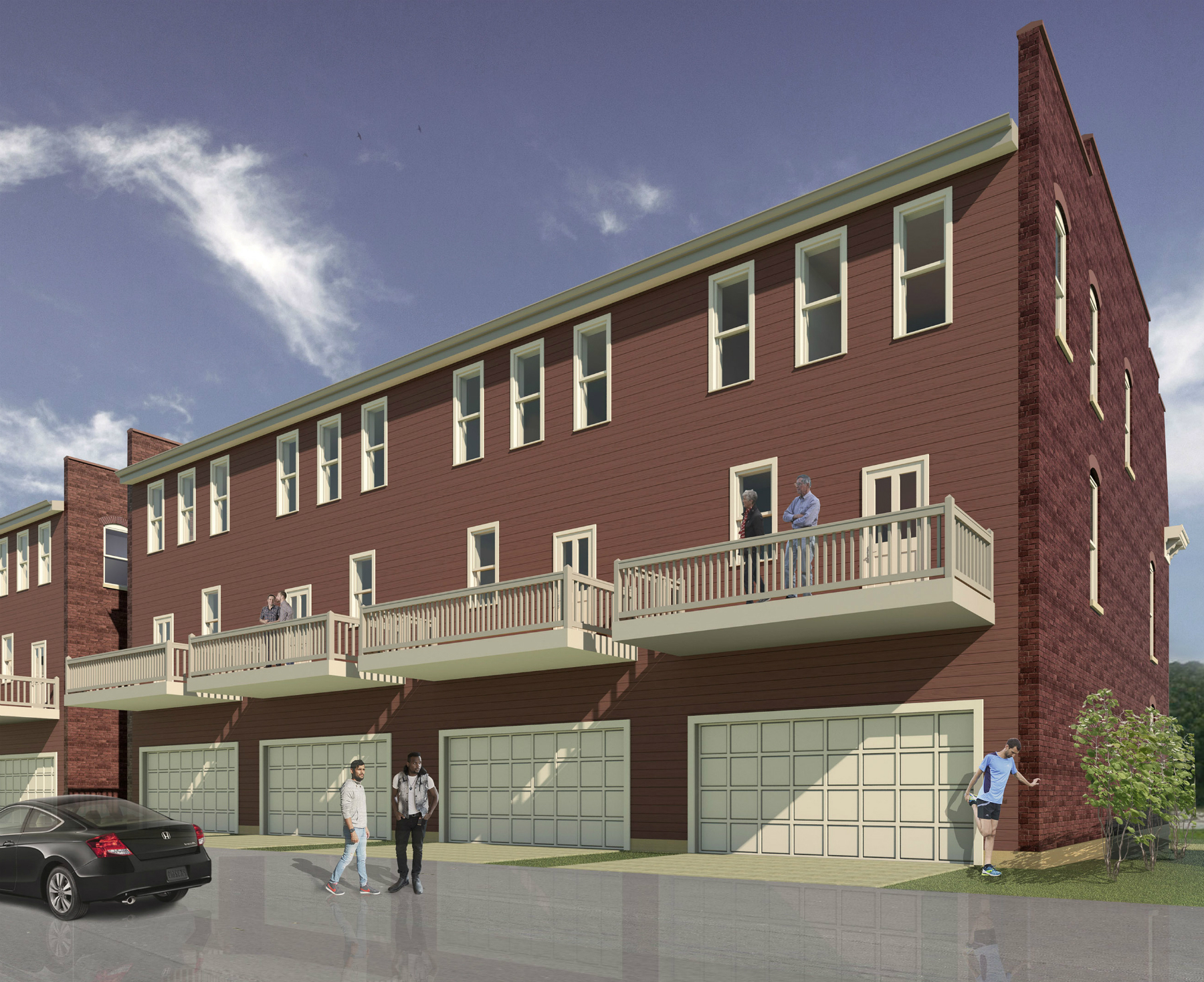 The second significant improvement is the introduction of several new Historic Model Examples (HMEs). With 62 units, presenting some variation in facades and materials is important in creating an interesting and attractive streetscape. 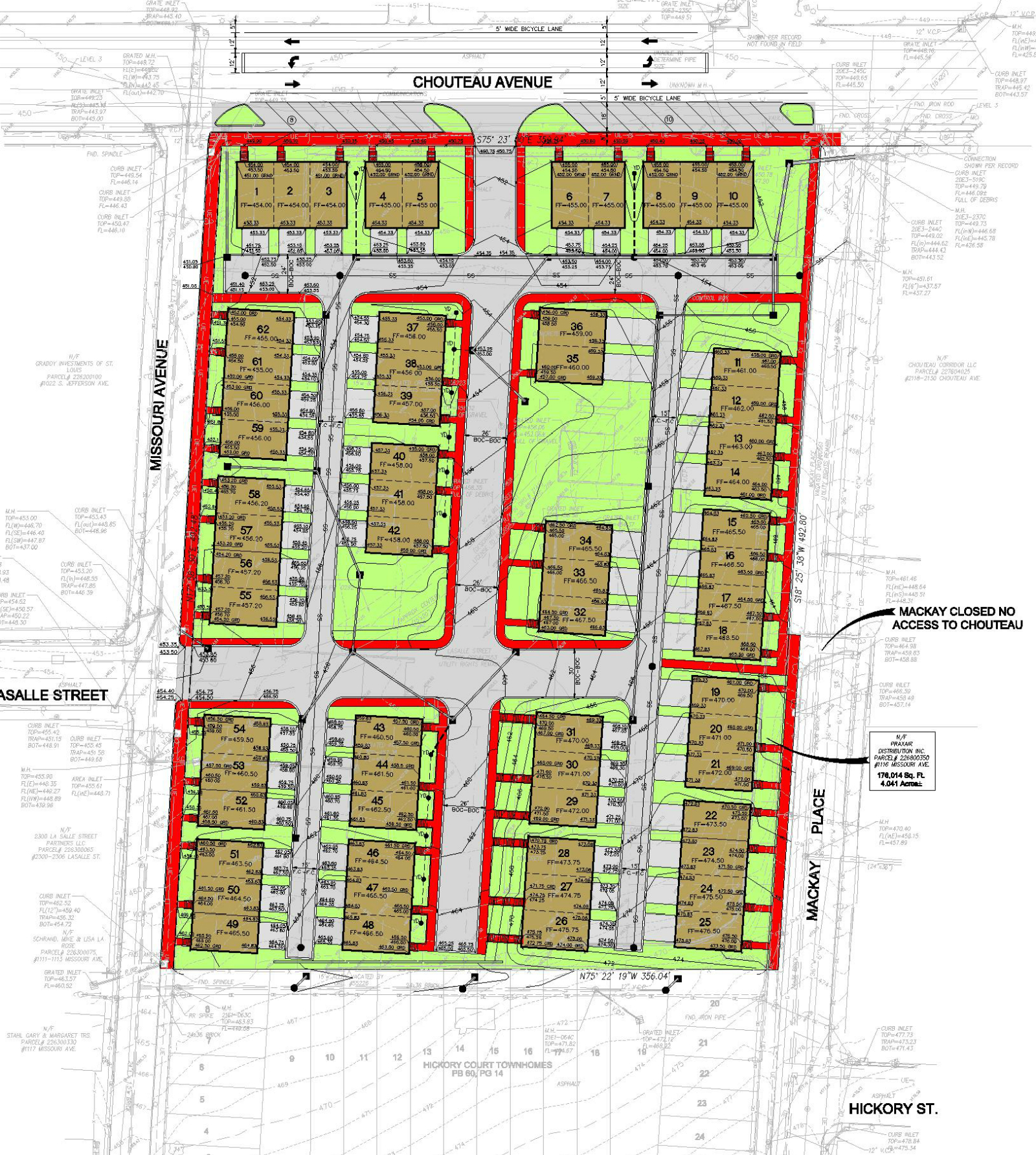 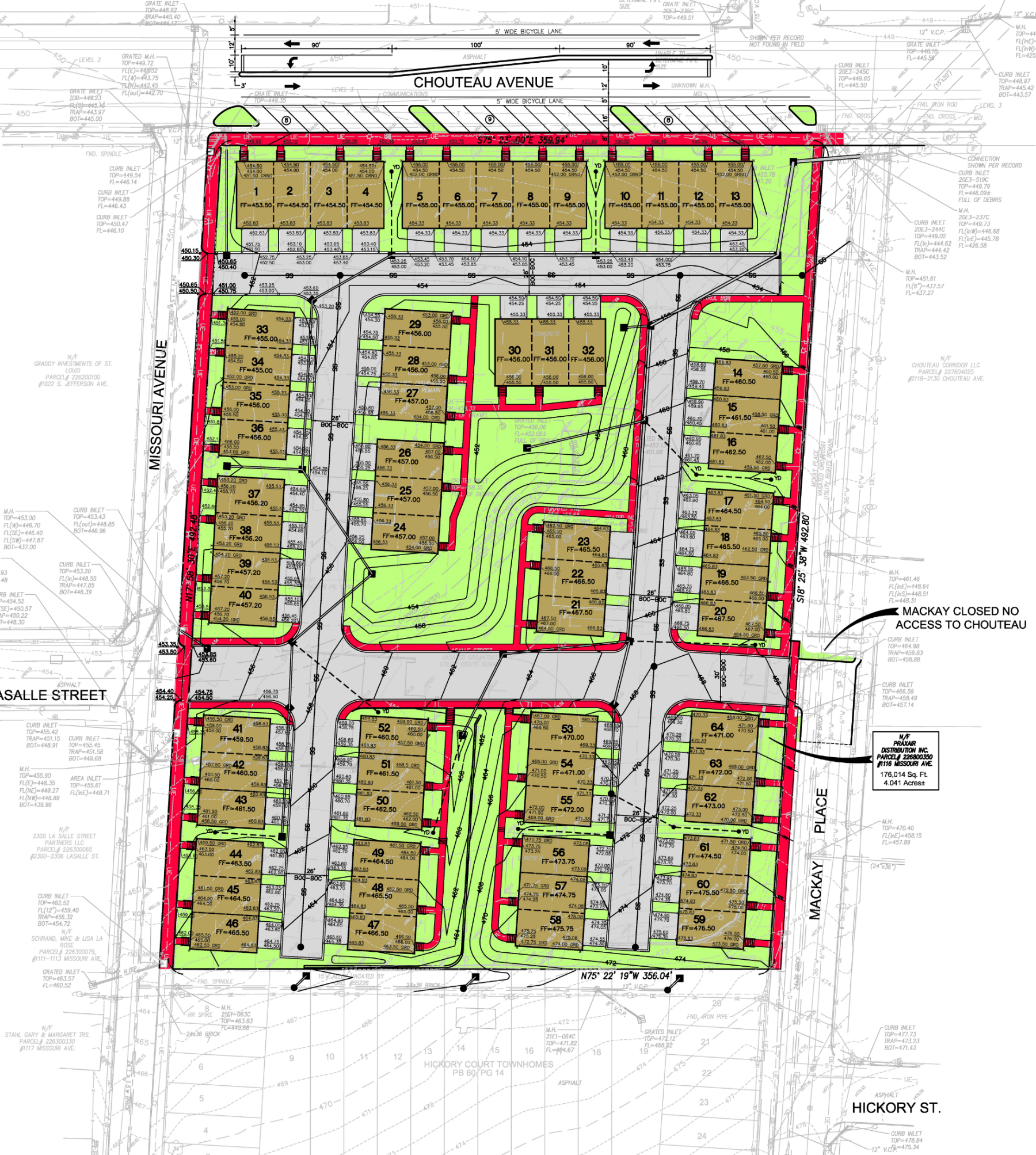 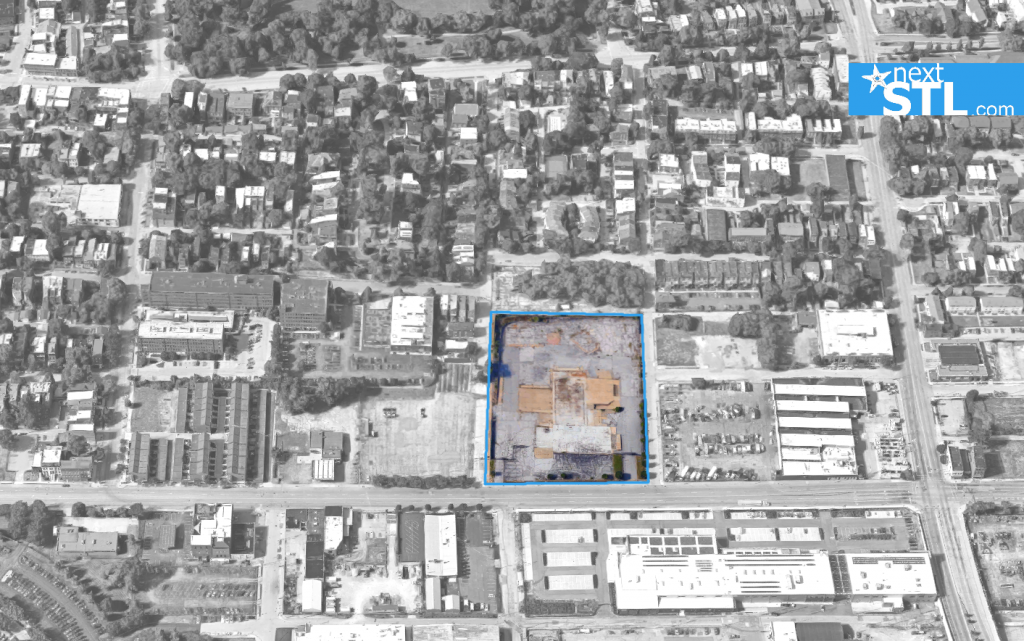 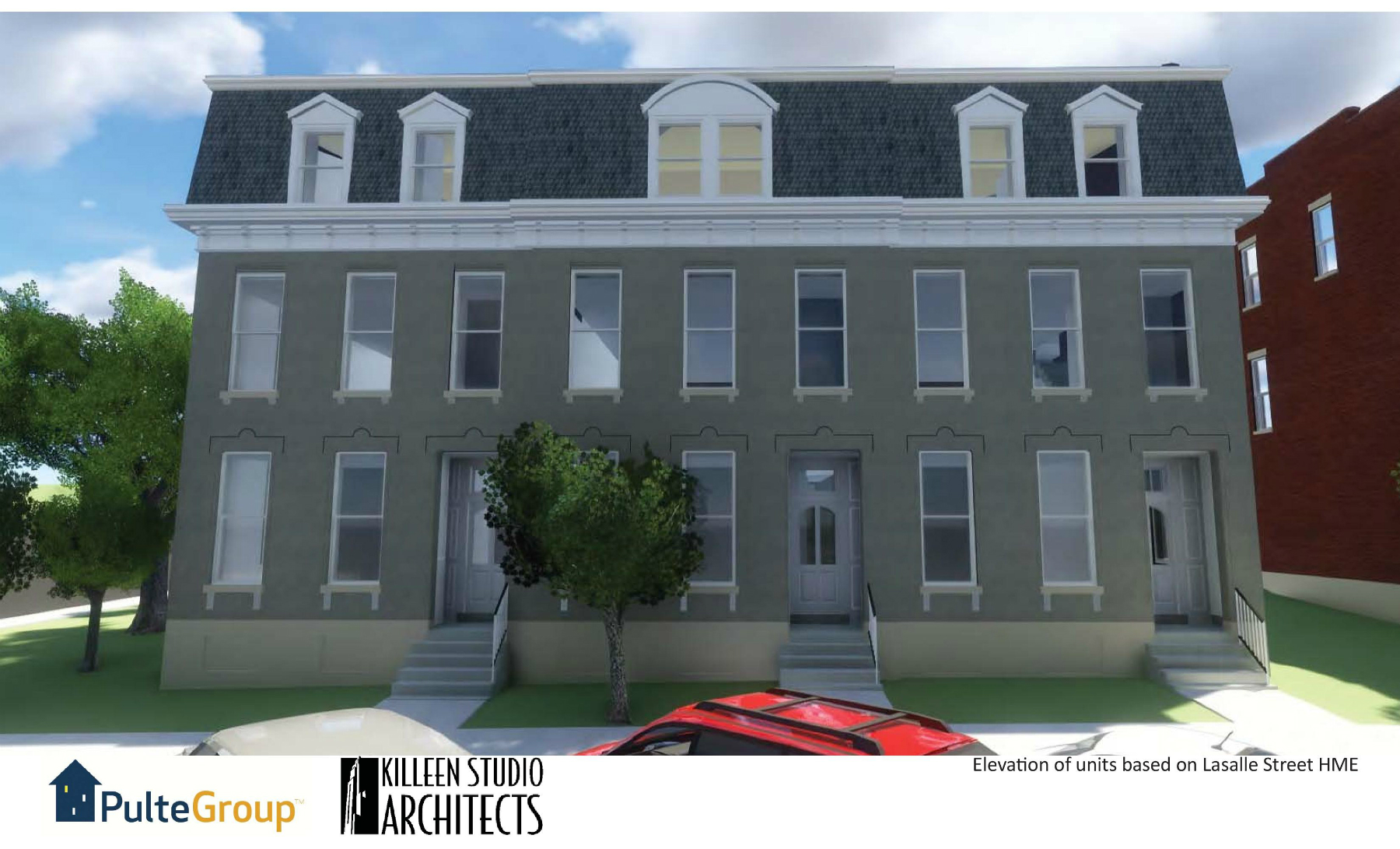 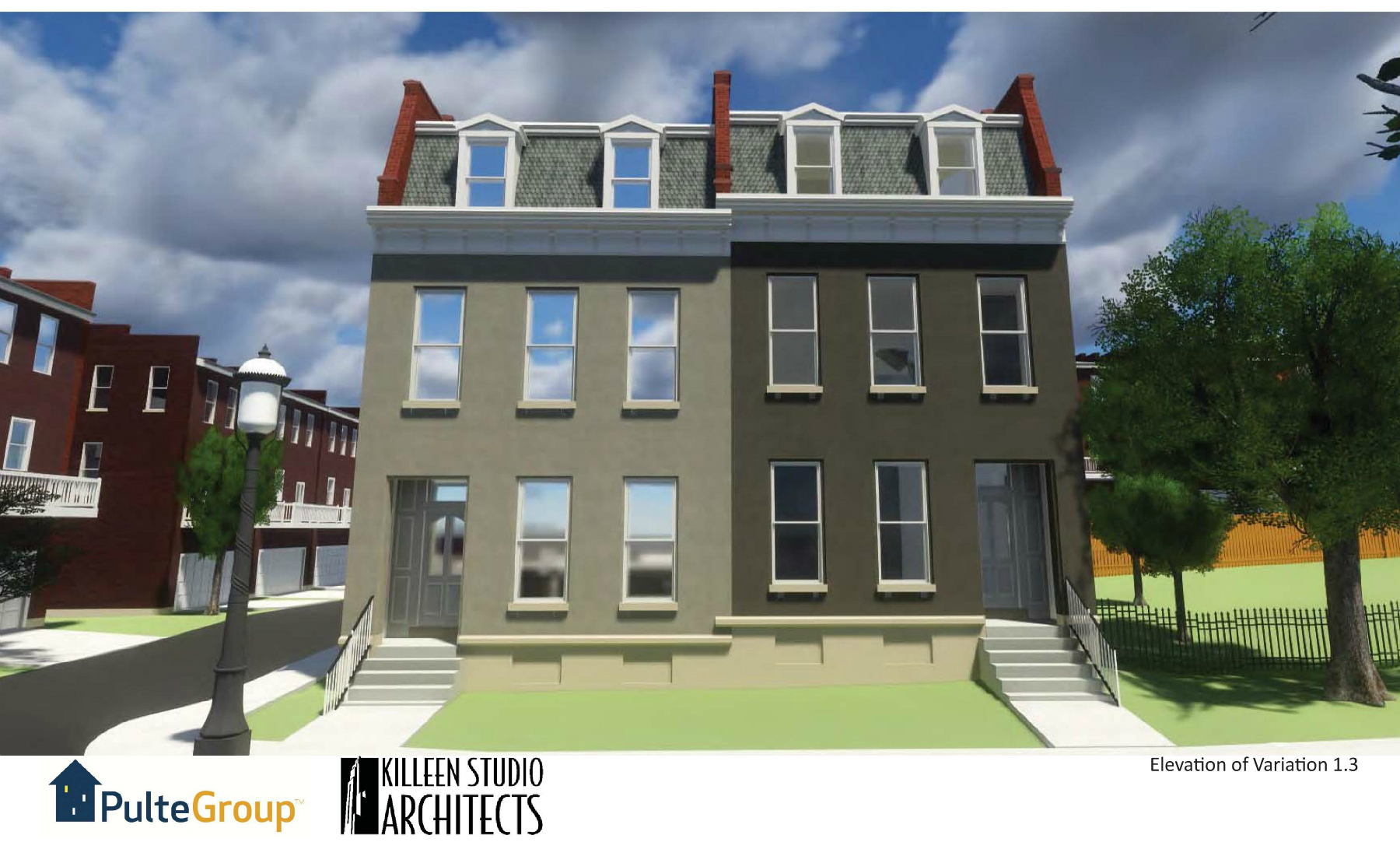 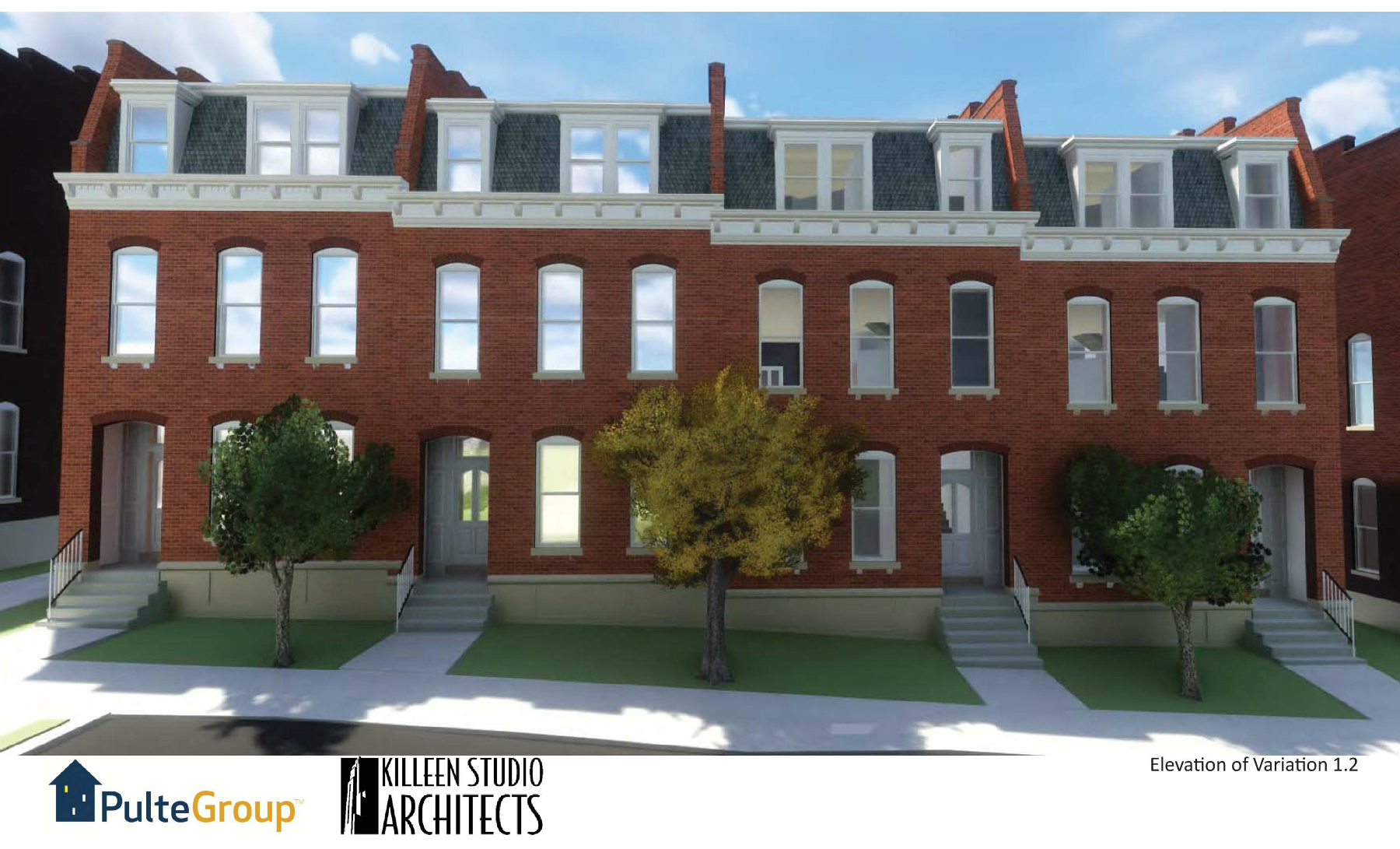 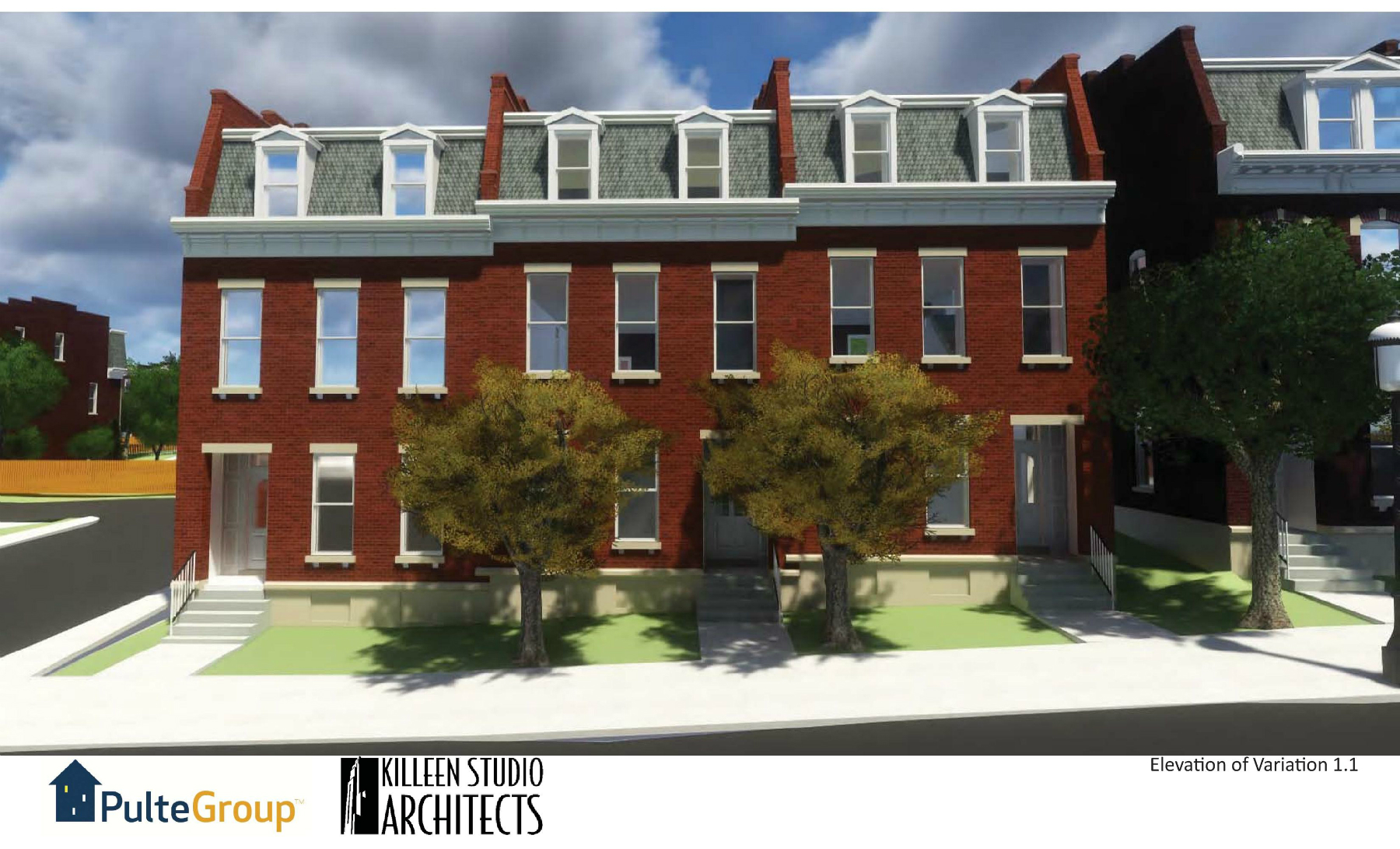 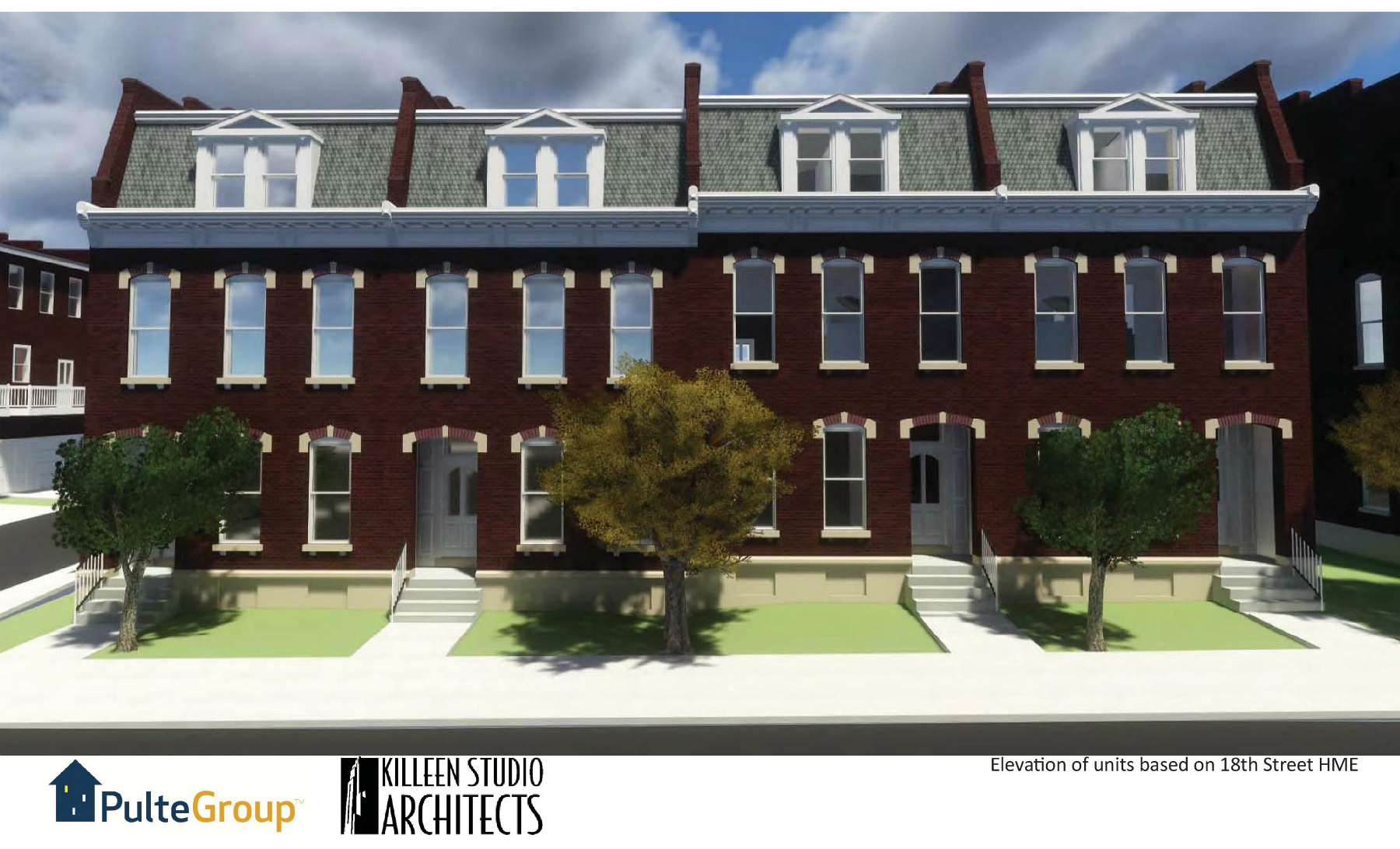 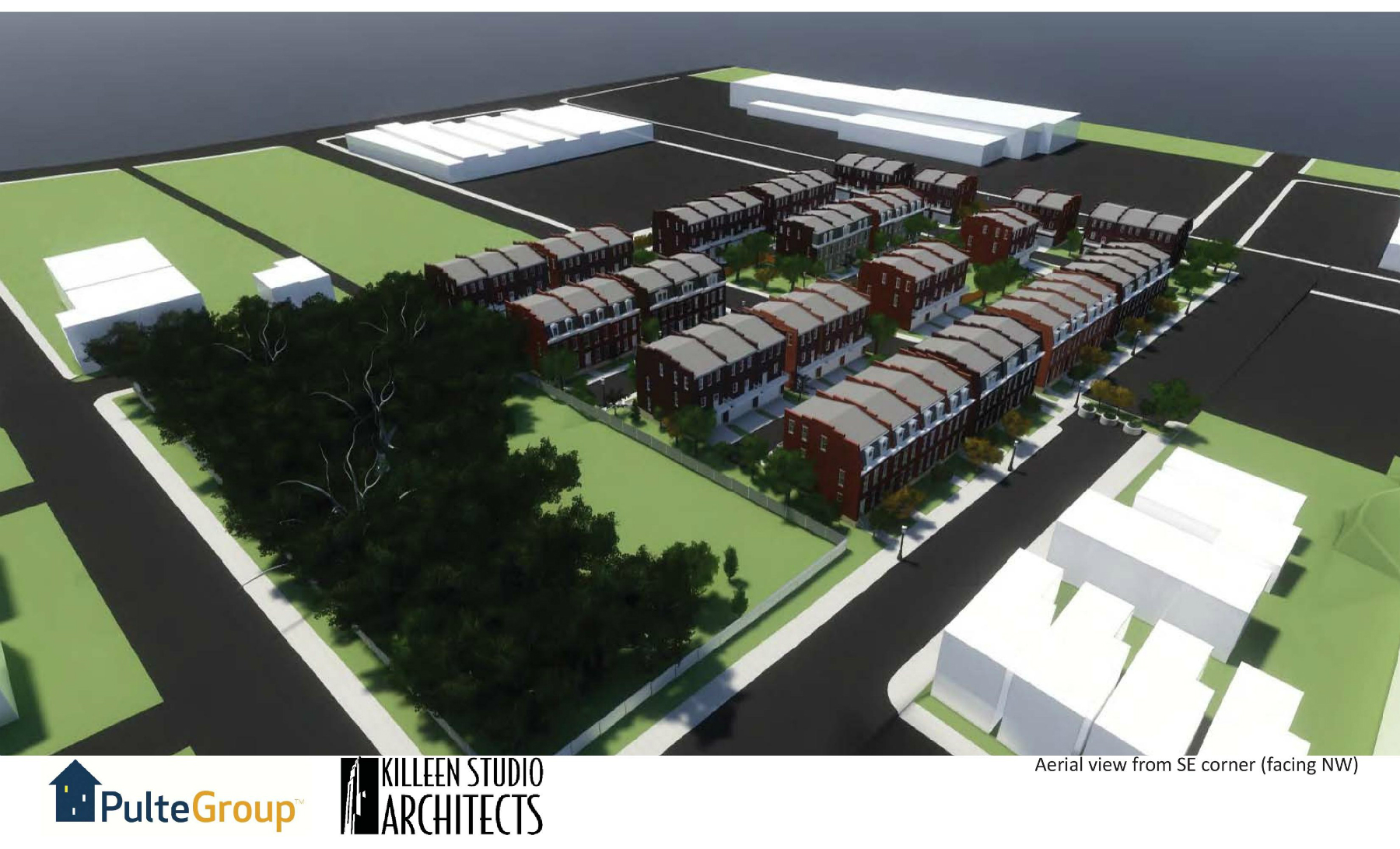 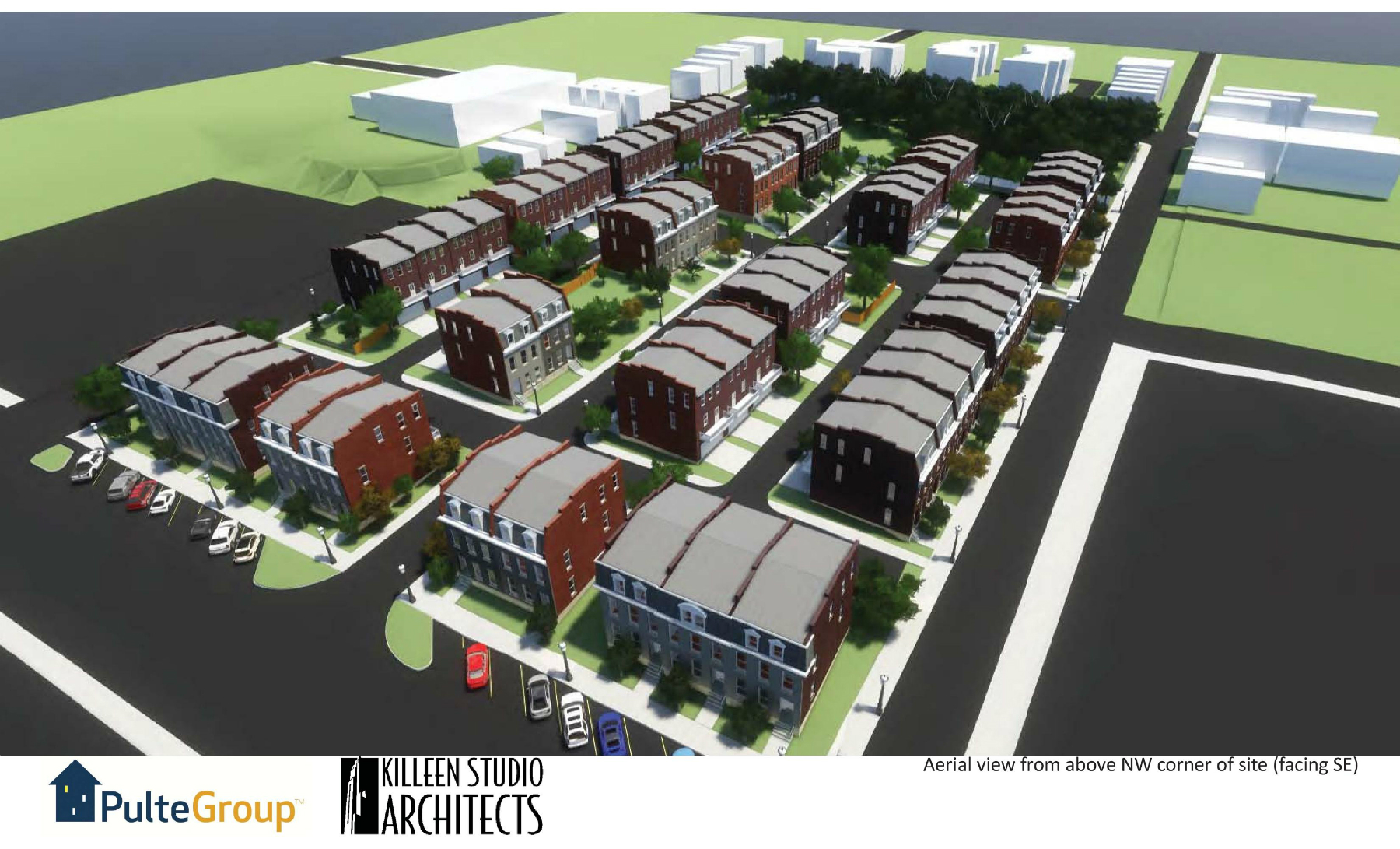 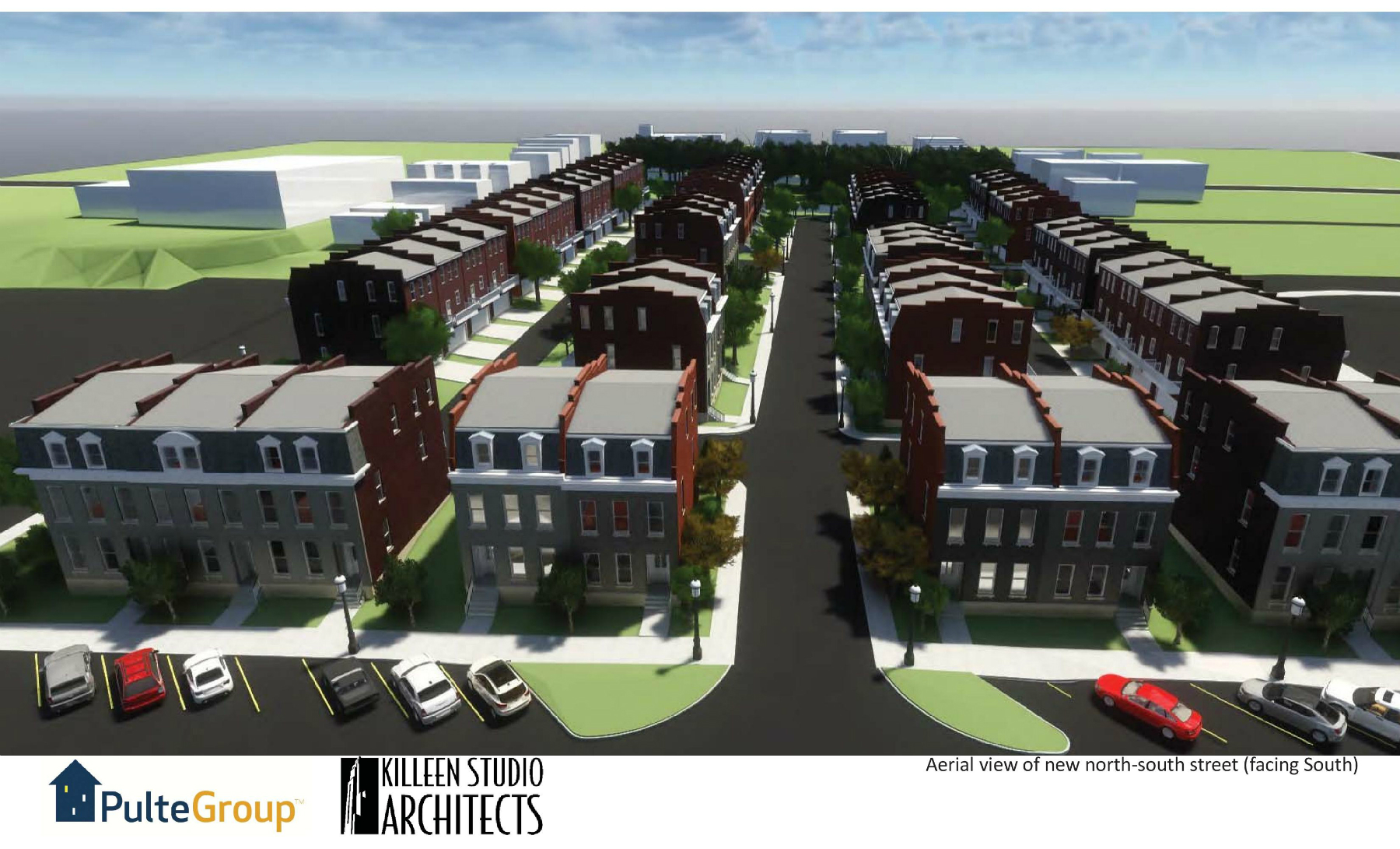 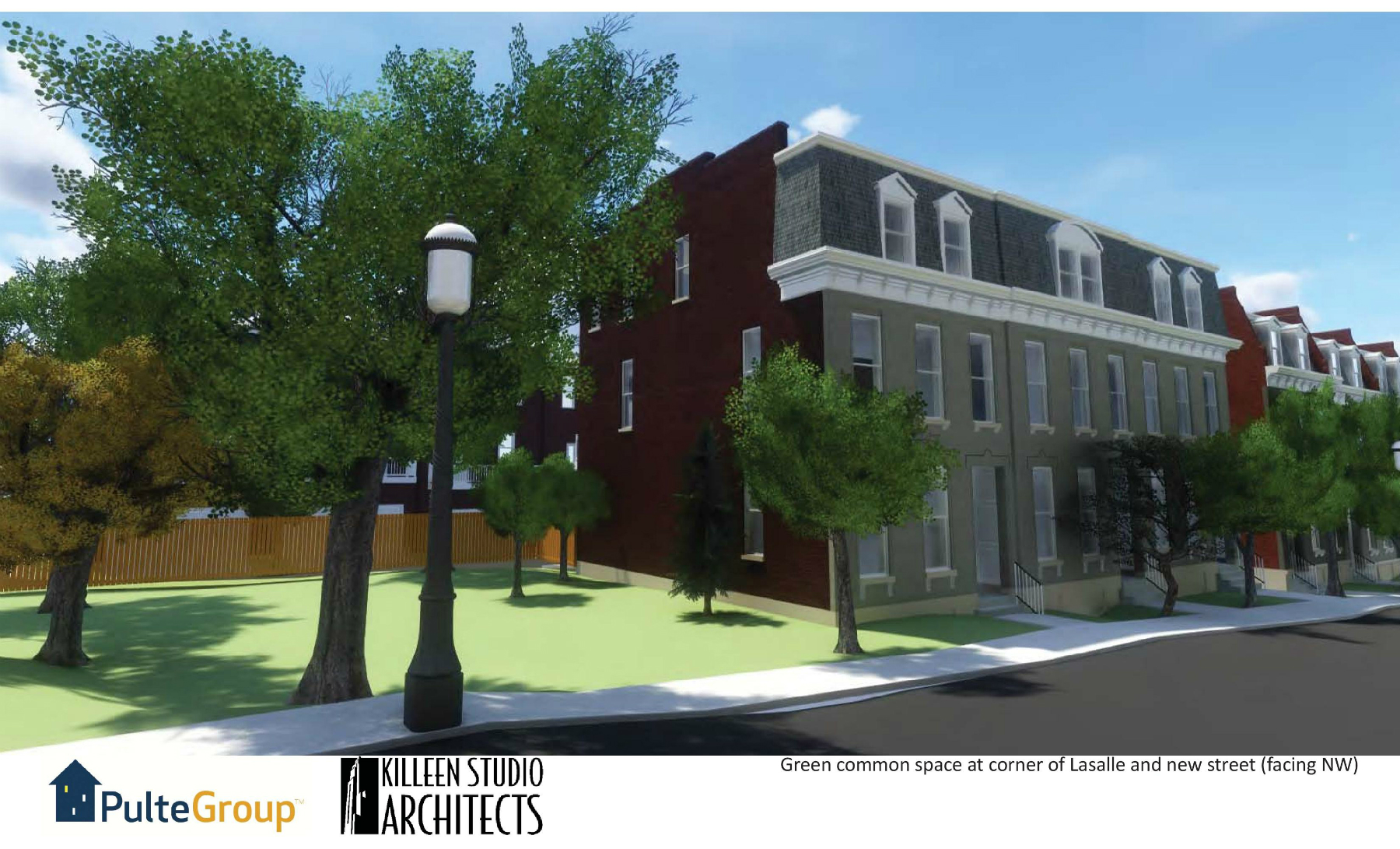 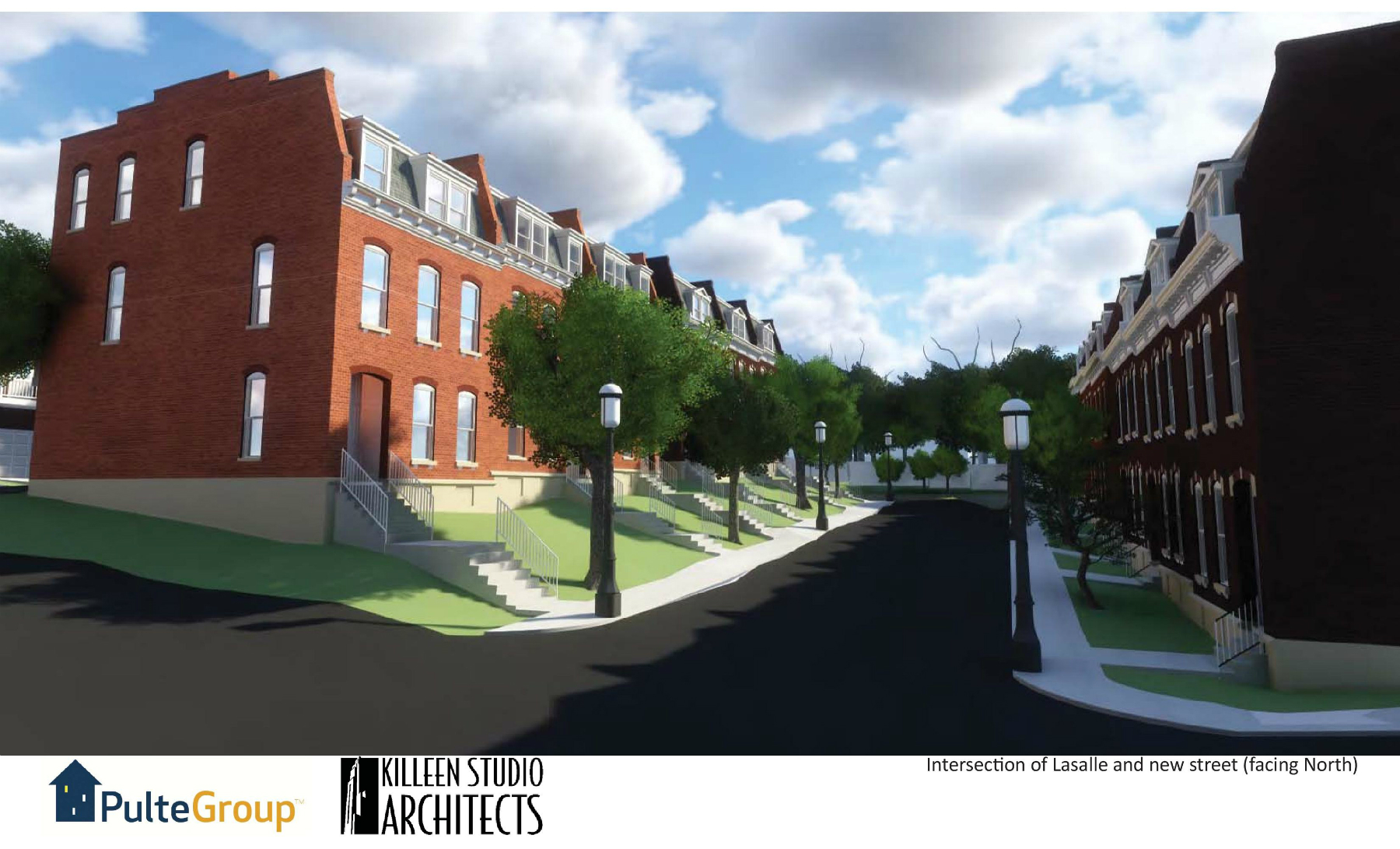 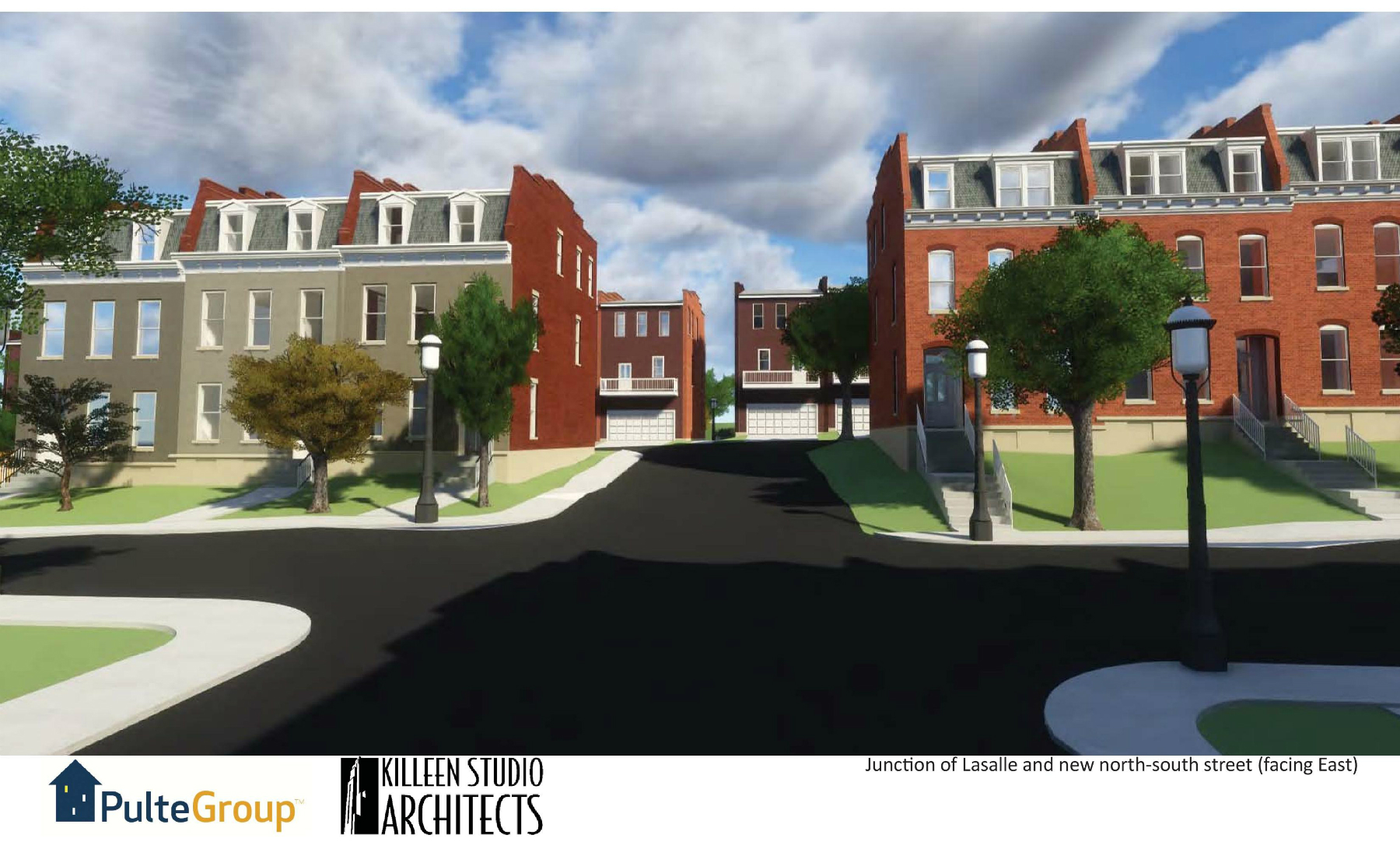 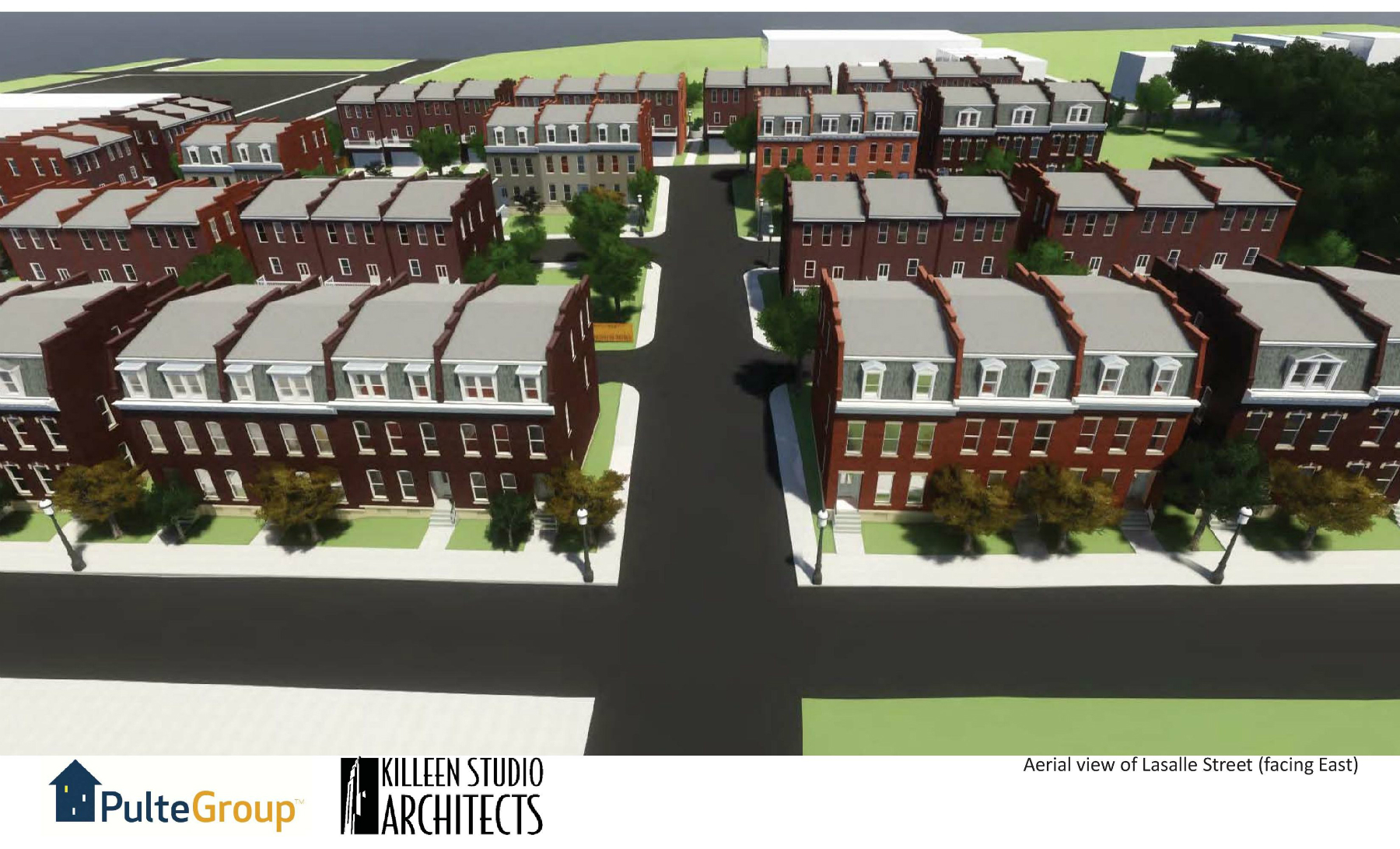 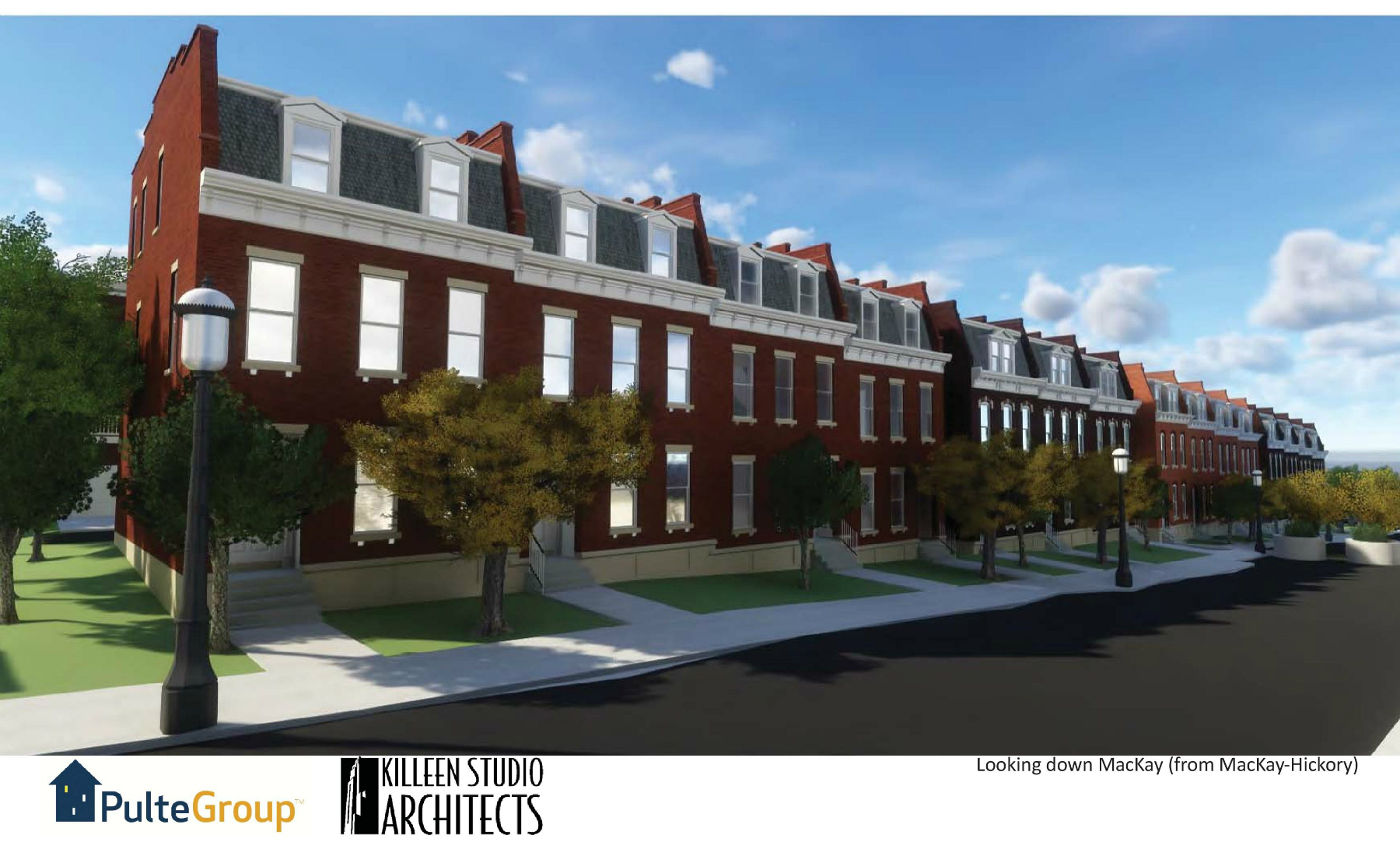 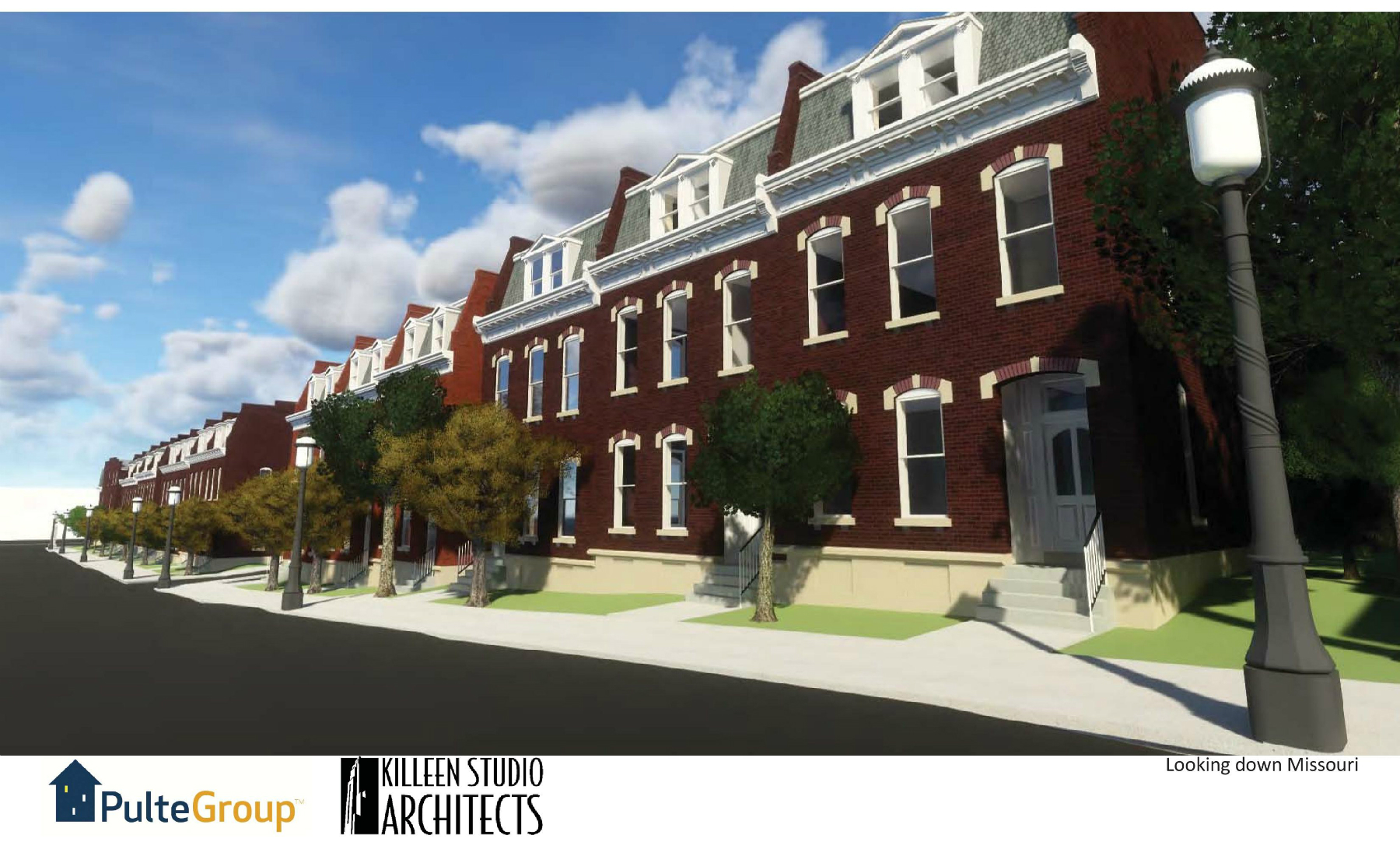 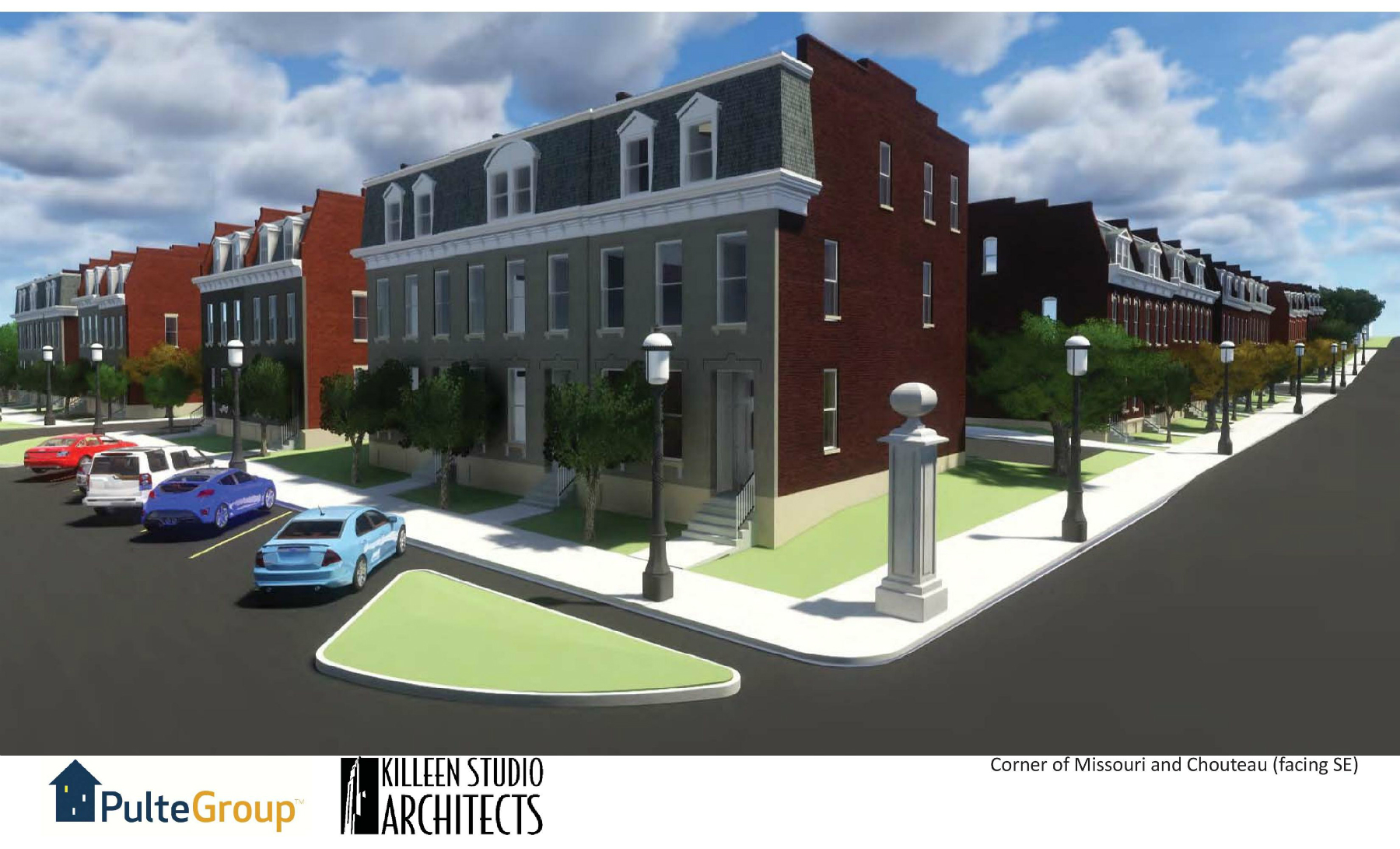 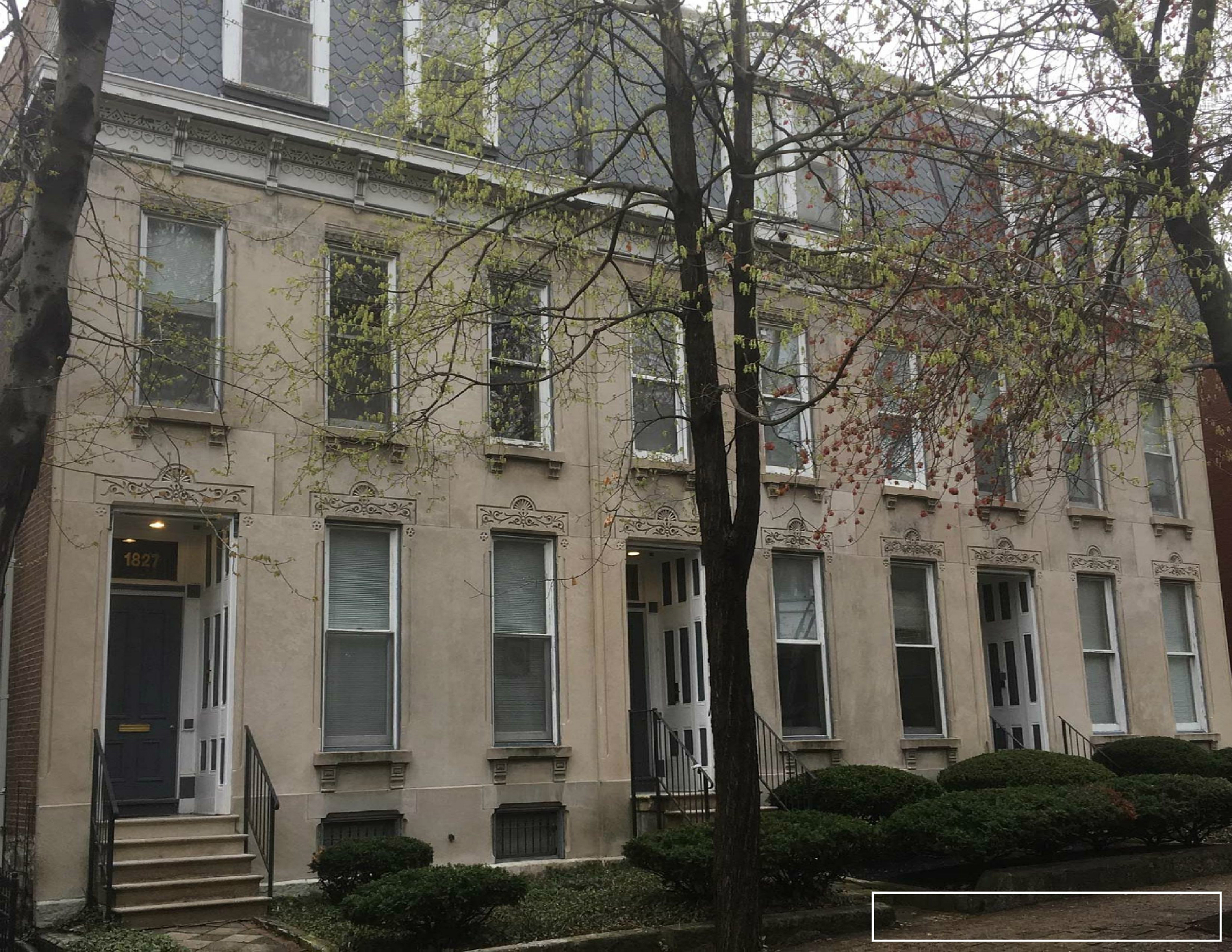 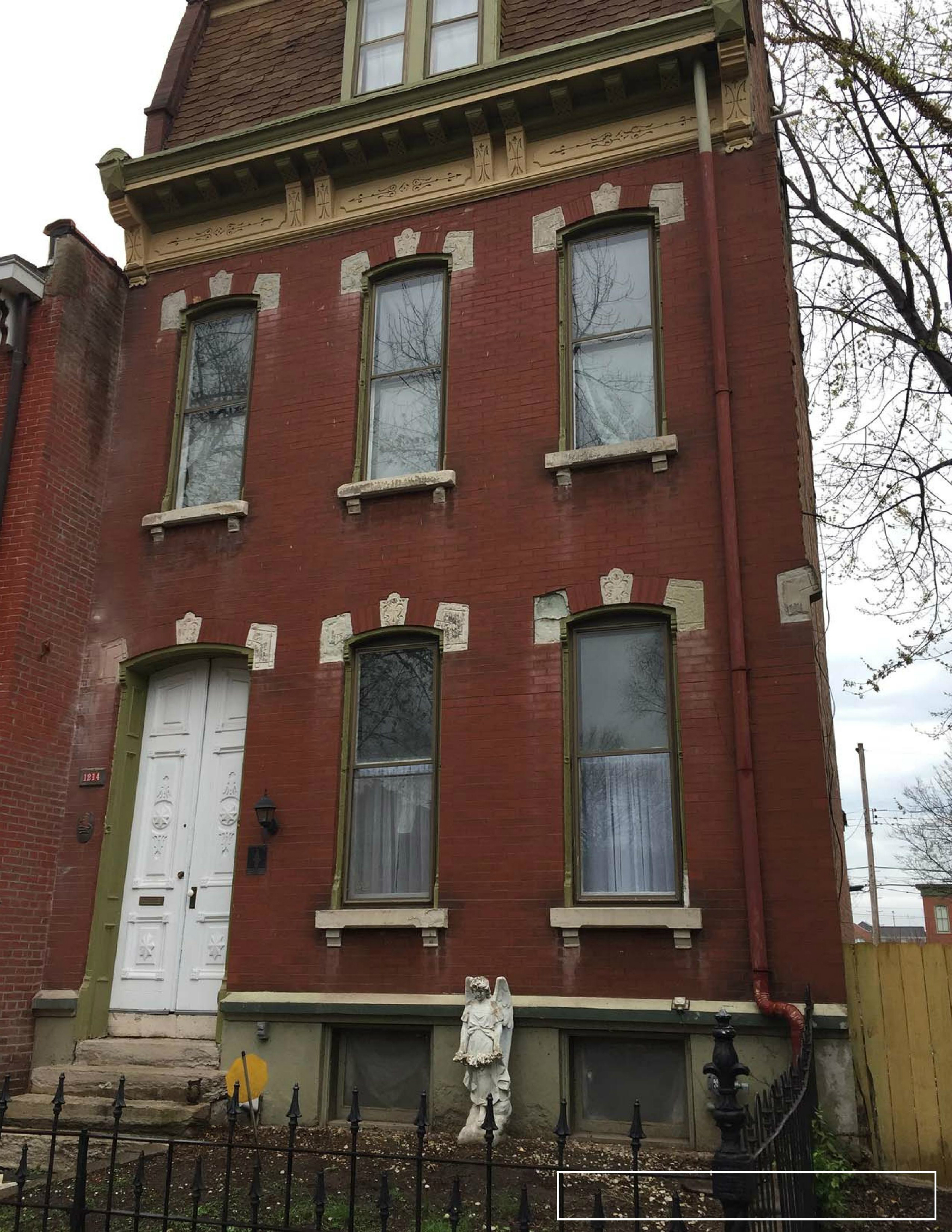 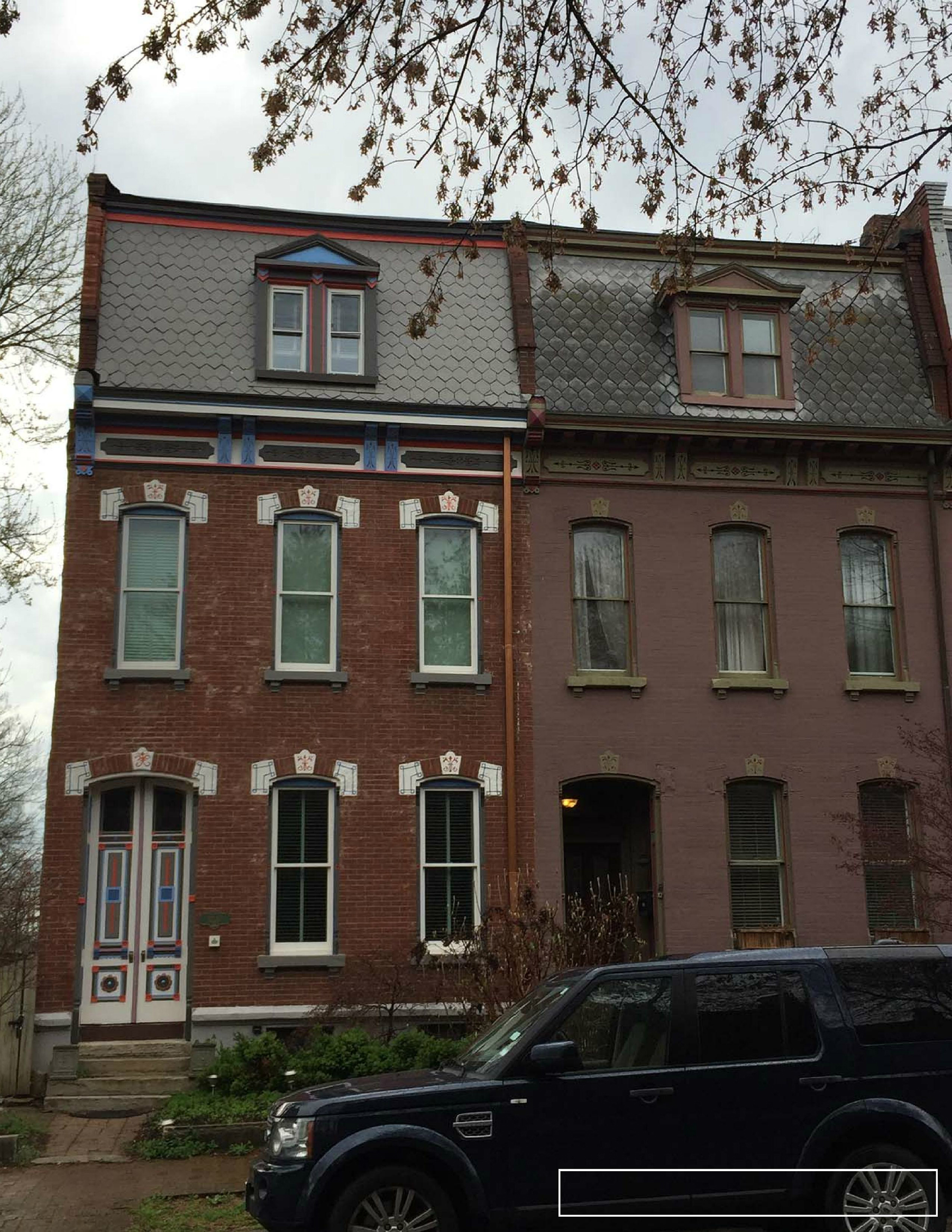 From our previous report: Design and Site Plan for 64 Townhomes at Lafayette Square Praxair Site Presented

The site is within the Lafayette Square local historic district, which stipulates requirements for a new construction project such as is being proposed. The city’s Cultural Resources Office is recommending the Preservation Board grant preliminary approval to the project with several provisions: that rear elevations of buildings within two parcels of public streets be brick; sidewalks be placed on both the north and south sides of the re-opened LaSalle Street; and of course that final plans and materials be reviewed by CRO. 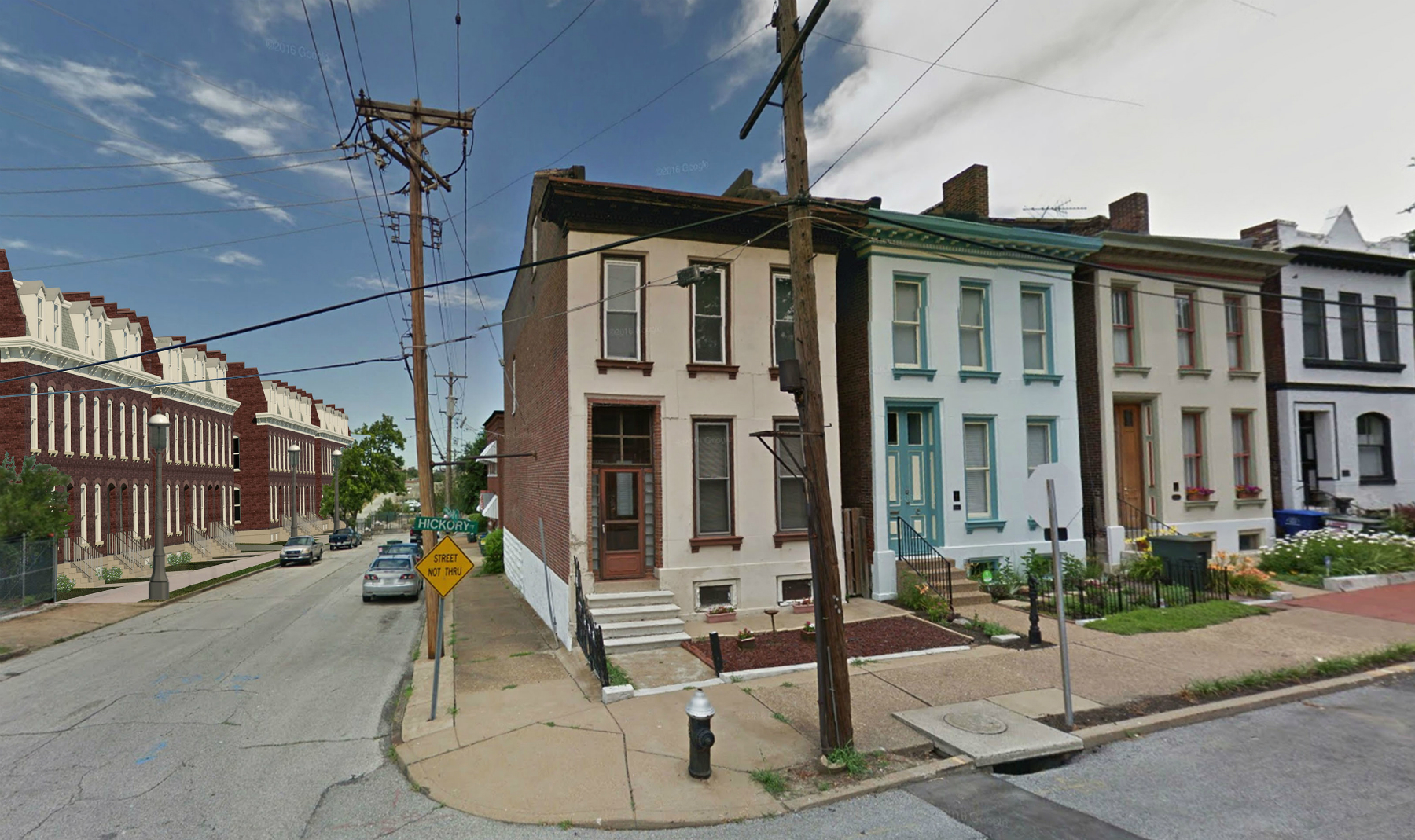 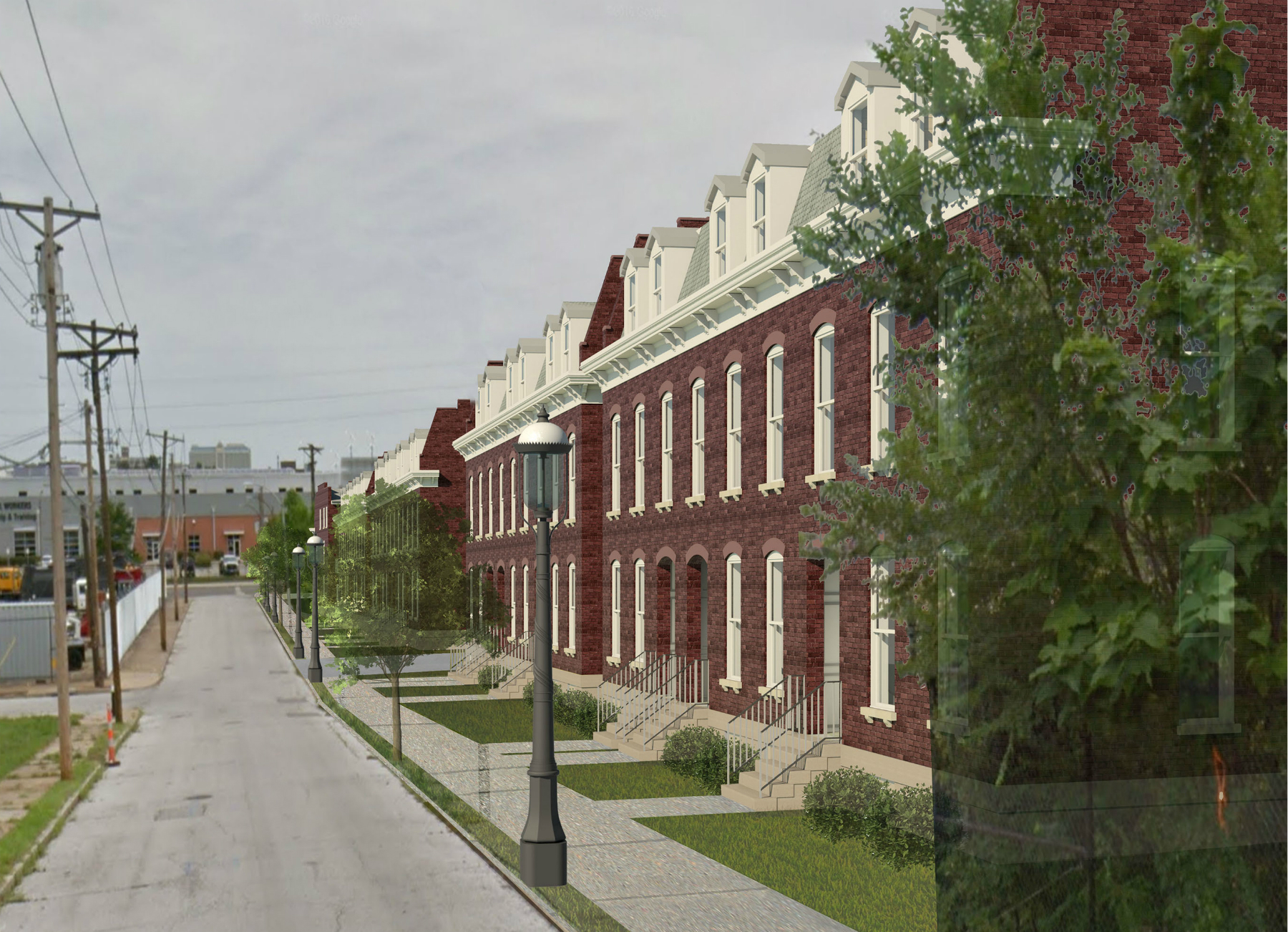 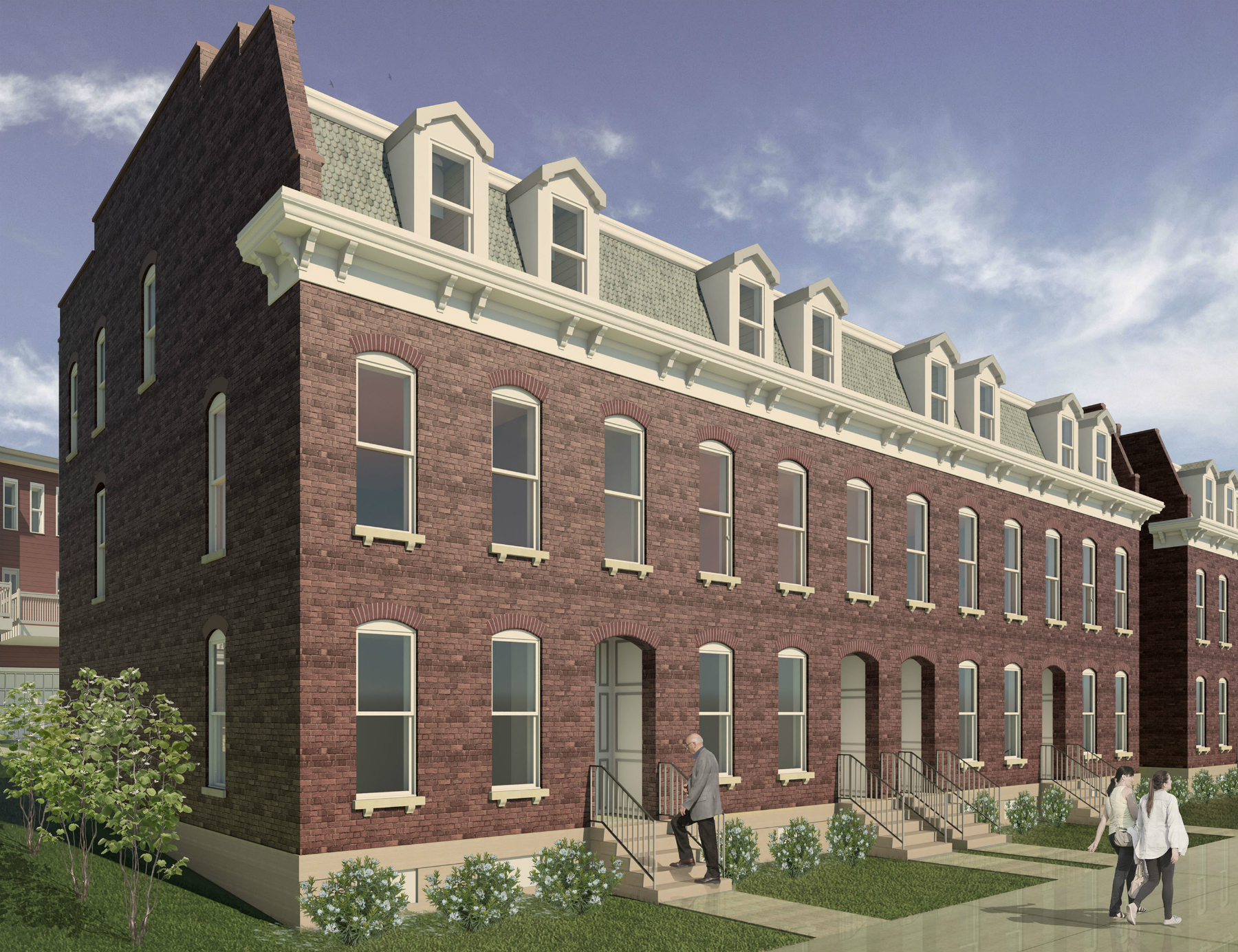 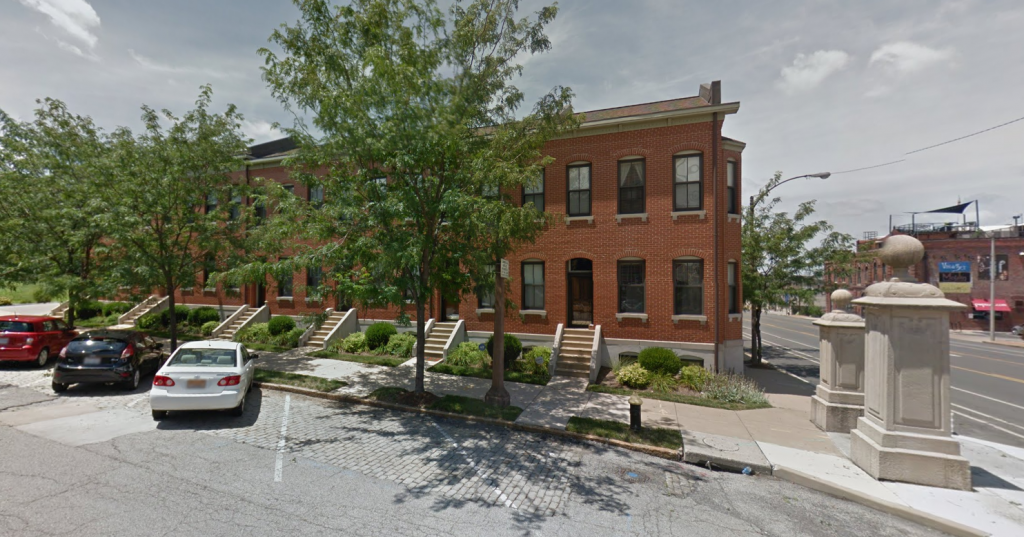 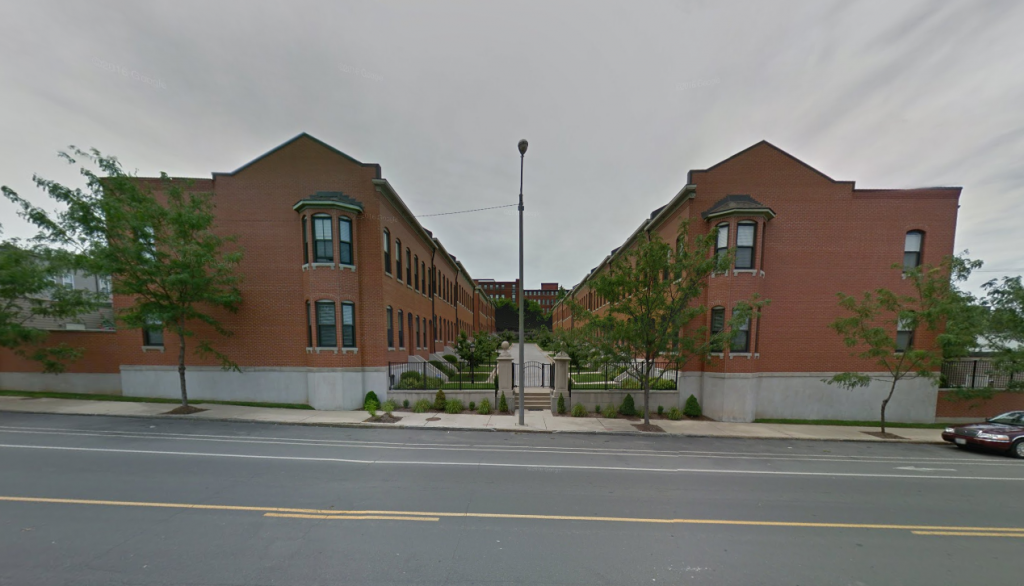