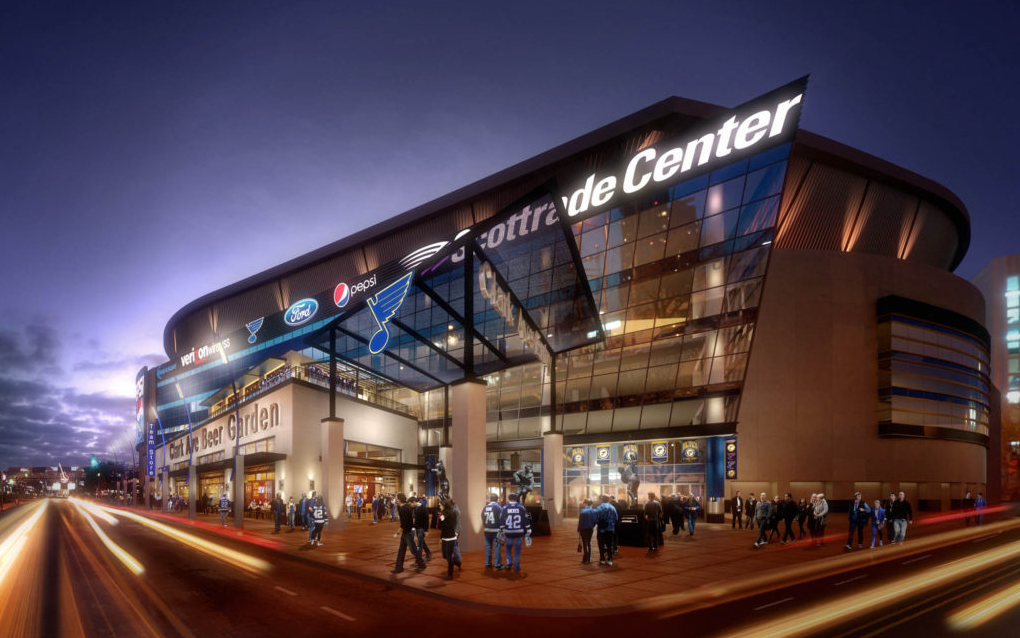 Today the St. Louis Blues and City of St. Louis announced financing plans for the renovation of the aging city-owned Scottrade Center. The 19,150-seat arena opened 22 years ago this month and is one of the 10 largest in the NHL. This would be the arena’s first significant remake since opening in 1994. Plans call for a $160M renovation funded by team funds, a new sales tax, and a bond issue.

Under the announced plan, the Blues are said to contribute $90M to the project, $40M of which would come from a new 1% sales tax on sales at Scottrade and the adjacent Peabody Opera House. Revenue from the additional tax is being described by project supporters as a “private contribution”. The remaining $50M would come directly from the Blues over the course of the next few decades.

According to the plan, from the estimated $6M of tax revenue produced by Scottrade currently, $4M per year through 2048 would fund the renovation. The team stated Scottrade produces more than $130M in direct revenue annually, and $14M in combined city and state tax revenue. Nearly $70M in bonds would be issued by the city’s Land Clearance for Redevelopment Authority (LCRA) under the plan. It is unclear exactly how much revenue the new tax would be expected to generate. It does not appear that funding for the renovation will be put to a public vote.

In June of last year the Blues outlined the need for renovations, stating costs for infrastructure improvements would be $57.8M, technology $29M, fan and event amenities $51.8M, and financing costs of $21.4M. At the same time, the organization detailed its own financial losses running the team. Team and city officials suggested a possible phase II renovation could seek state and other support, bringing the total renovation costs to as much as $240M.

Forbes listed the franchise value of the Blues at $310M in 2016, 23rd in the 30 team league. Back in 2012, an ownership group led by Stillman, then a minority owner, won approval from the NHL to purchase the team, becoming the organization’s 8th owners since its founding in 1966. The price tag was pegged at $130M. The team was purchased from majority owner Towerbrook Capital Partners, which bought the team for $150M in 2006.

In addition to hosting the Blues hockey team, Scottrade is used for dozens of other sporting events and shows. City officials and team ownership have expressed concerns that the city-owned arena would begin losing NCAA events such as basketball, wrestling, and gymnastics if renovations are not forthcoming. In total, just more than 100 events were hosted at the arena in 2015, including 51 Blues games and events, 20 other sporting events, and 32 entertainment events.

It’s unclear if the financing plan will have an impact on efforts to bring a Major League Soccer franchise to St. Louis. That plan, which includes a city-owned soccer-specific stadium in downtown, faces challenges as governor-elect Eric Greitens has categorically ruled out state funding. As late as last month it appeared the effort would receive $40M in state tax credits. St. Louis City mayor Francis Slay has pledged that any city support will go before city voters. The city’s Board of Aldermen face a deadline later this month to approve a ballot initiative if it is to appear in April. MLS has set and end-of-month deadline for the roughly 10 hopeful ownership groups to apply for an expansion franchise. In addition, an effort to finance the renovation and possible expansion of the city’s convention center is proceeding. That plan could total $300M or more. 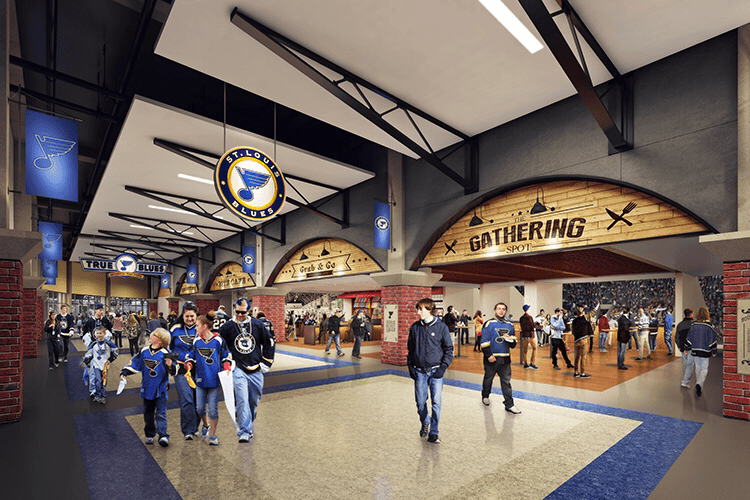