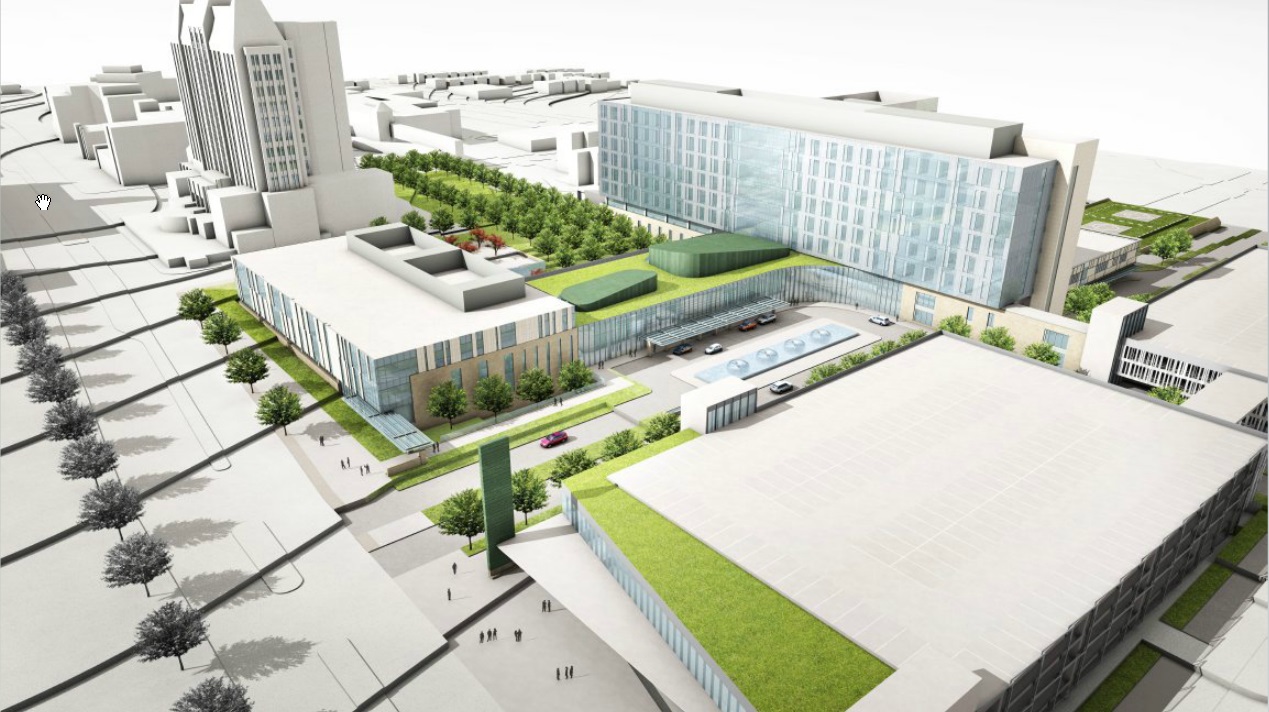 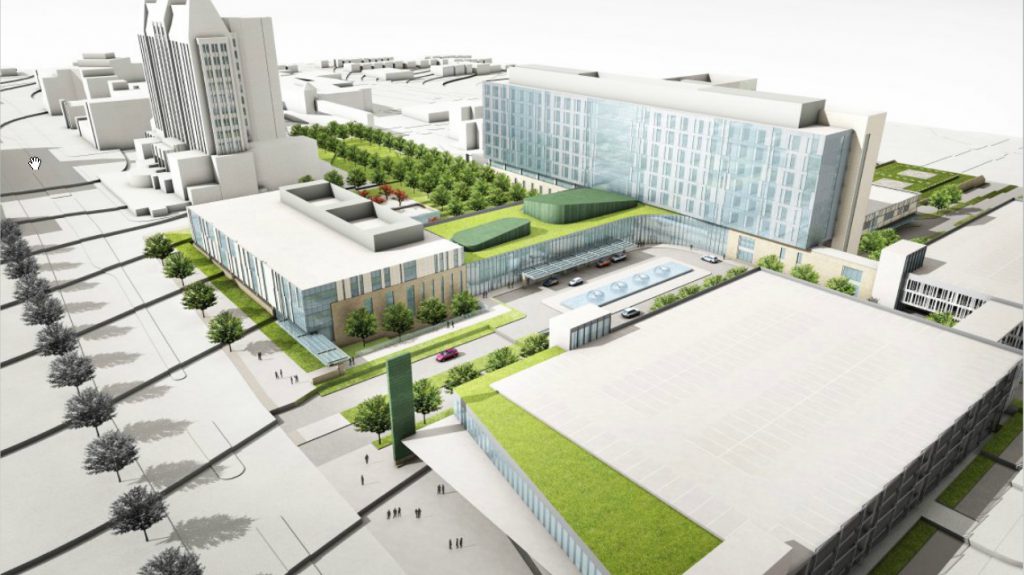 nextSTL has reported on the $550M SSM/SLU Hospital development since summer 2015. Slowly, details of the remade medical facility have been revealed and it now appears we know what the hospital is likely to look like. The massing plans previously shared mirror the new images, which include significantly more design detail.

It appears building facades will feature the varied-width glass panel design that has quickly become popular with institutional buildings, including the second phase of the St. Louis College of Pharmacy project, and the BJC @ The Commons building. The new tower, rising nine stories, is set back significantly from Grand Boulevard, where a  three-story ambulatory care center will connect with the tower via a Commons, which will serve as the main entrance to the facility. Two parking garages will front what will be a new Lasalle Street running east-west. Access to the facility will be from Grand and Lasalle.

While significantly more detail is revealed, nothing new is offered regarding the future of three prominent buildings within the project site. It is a near sure bet that the historic Desloge Tower remains, though its future use has not been determined. The existing attached hospital building will be demolished.

At the north end of the site, it’s a good bet that the Missouri Belting and Pevely buildings will be demolished. The City of St. Louis recently gave a development corporation led by Saint Louis University rights to control development across 395 acres spanning the school’s medical and Frost campuses. The move empowers the university to have the final say on development within the site, grant tax credits to projects, deny others, and bypass any demolition review. In the recent past, both the Missouri Belting and Pevely buildings have been saved from demolition by the city’s Cultural Resources Office and Preservation Board. 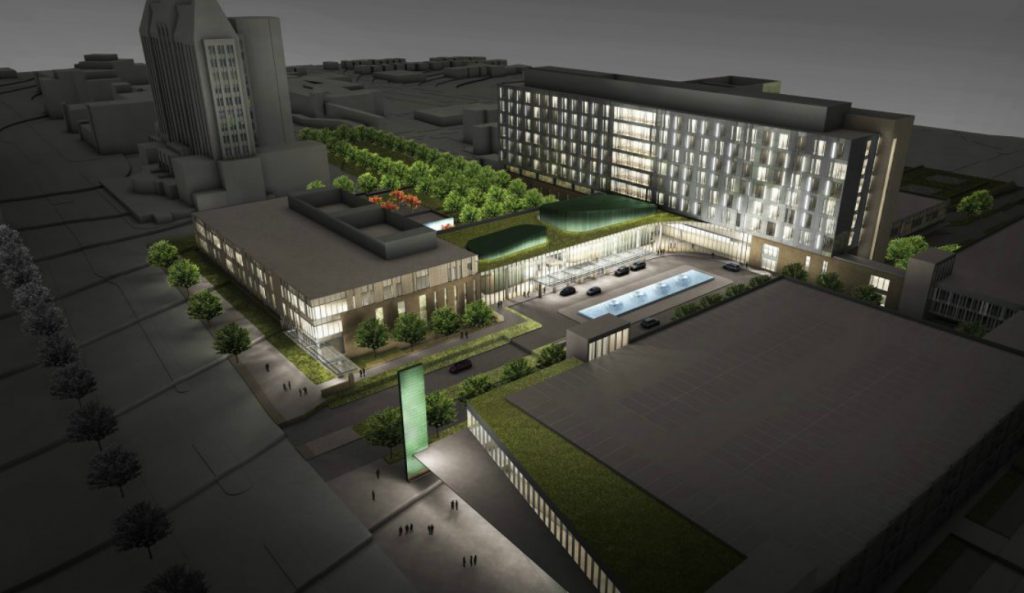 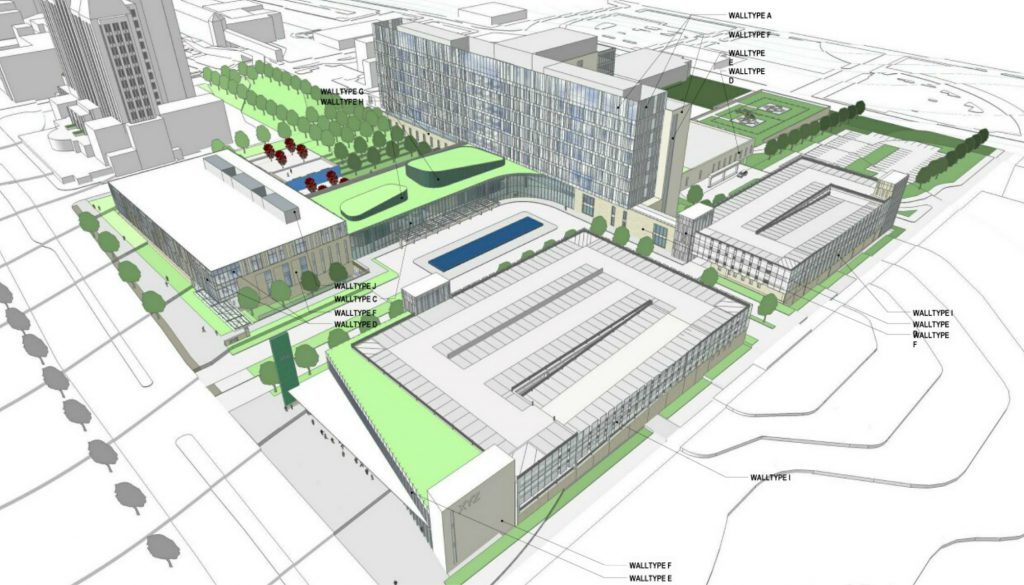 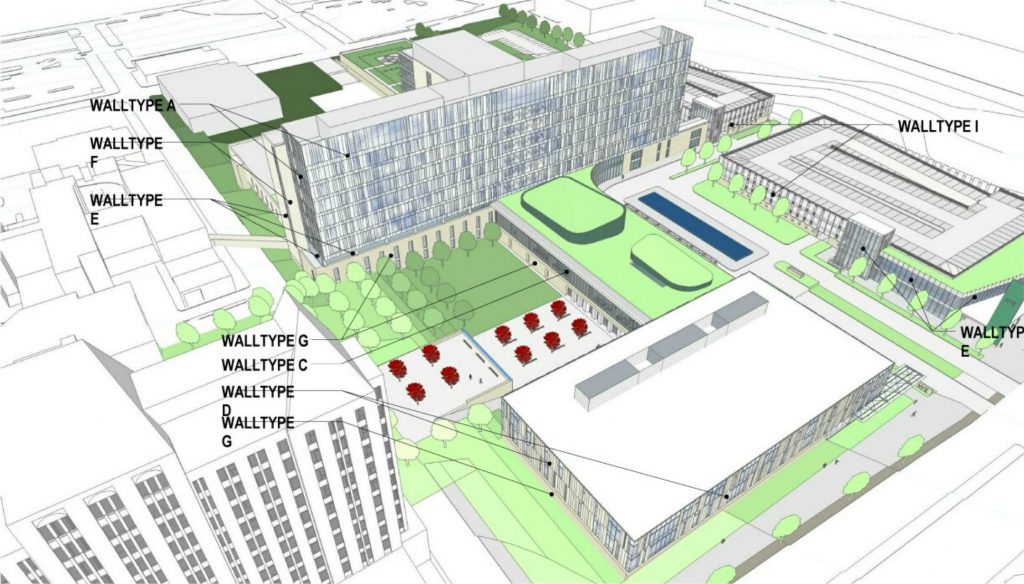 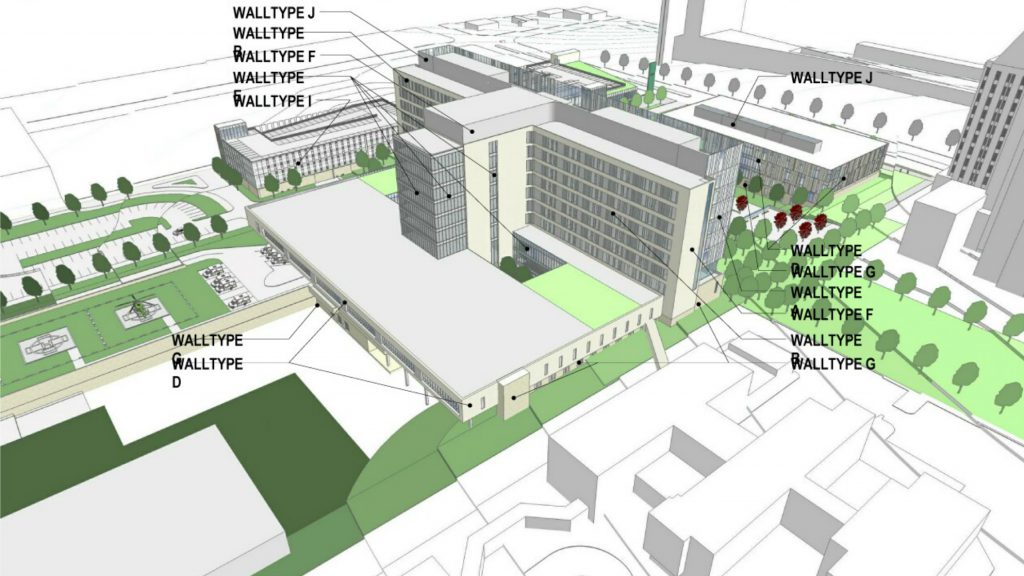 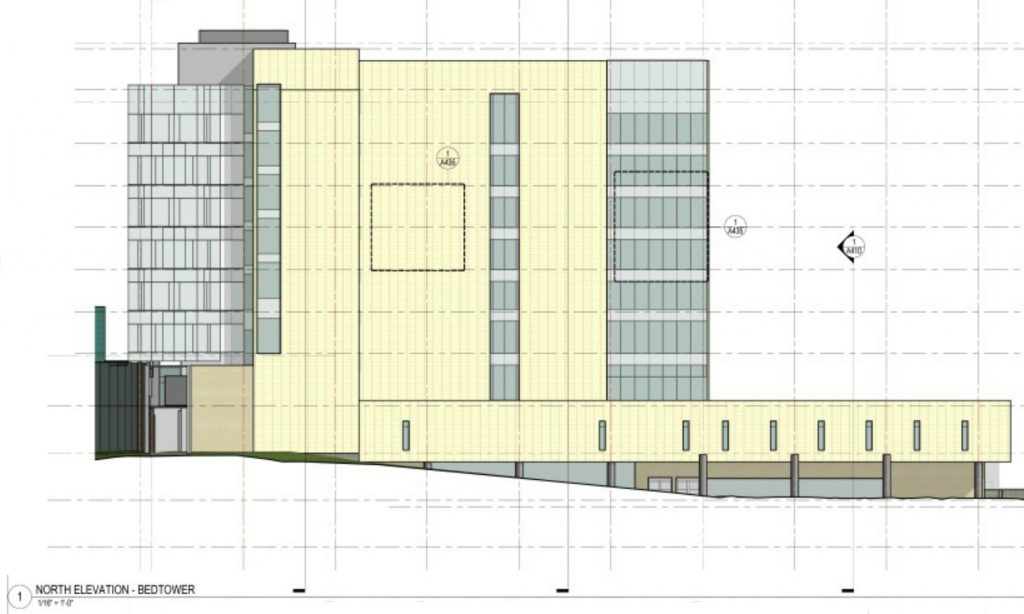 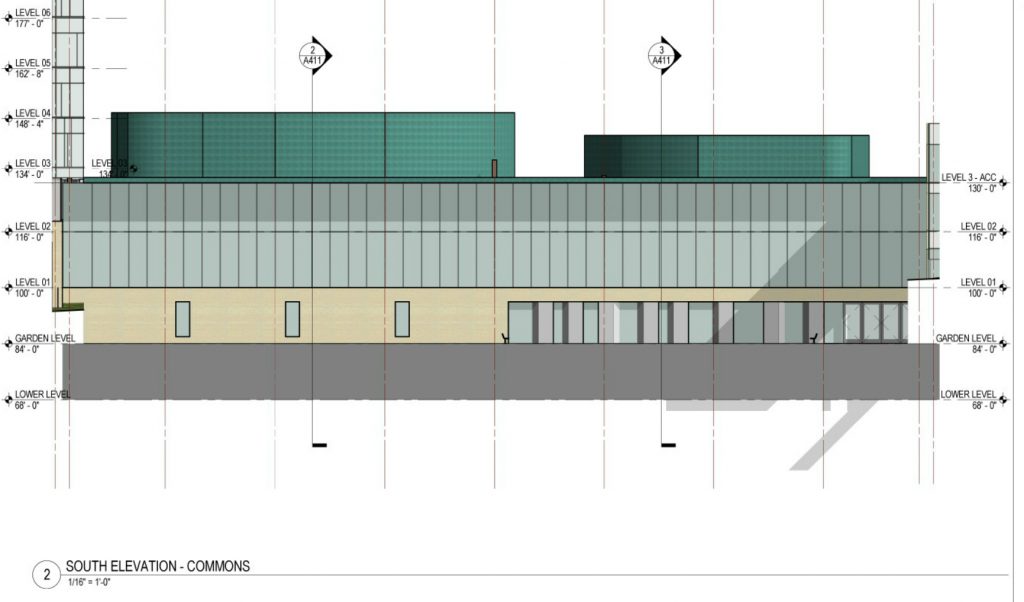 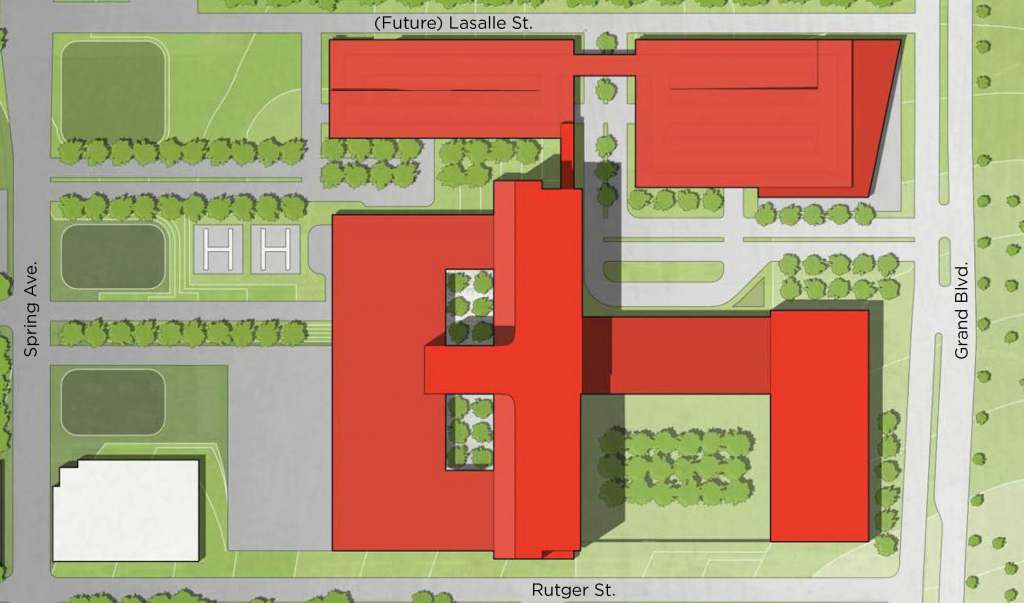 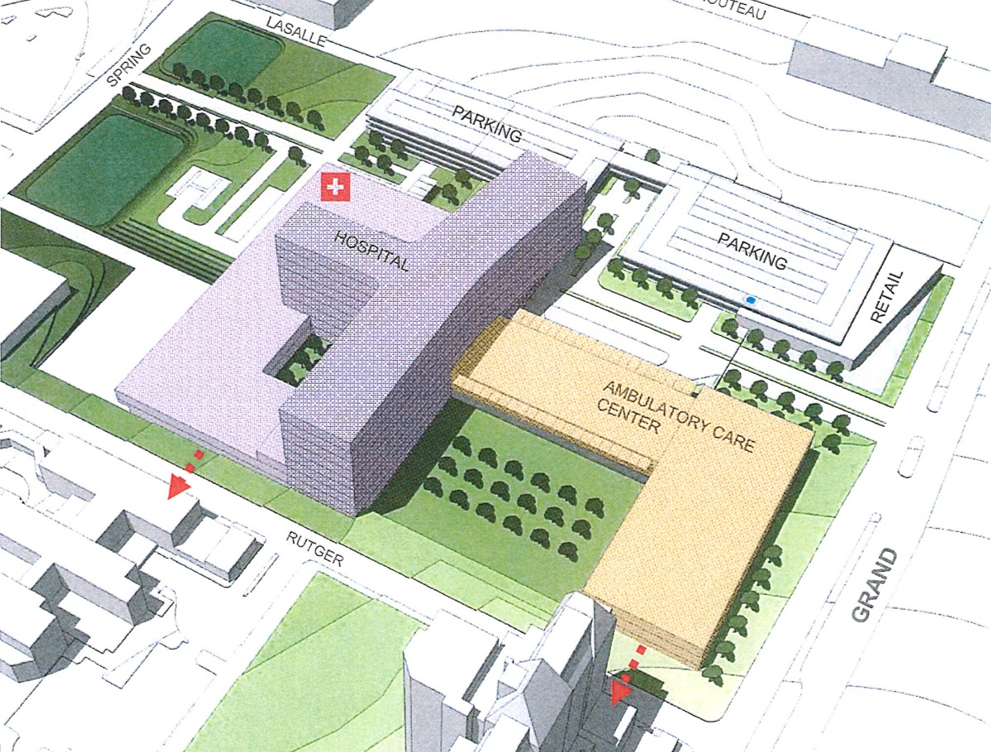 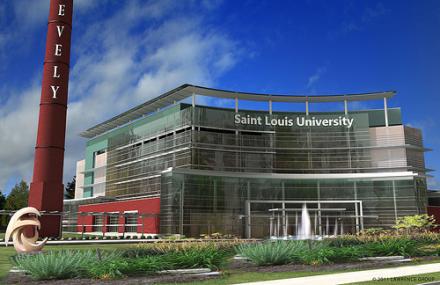 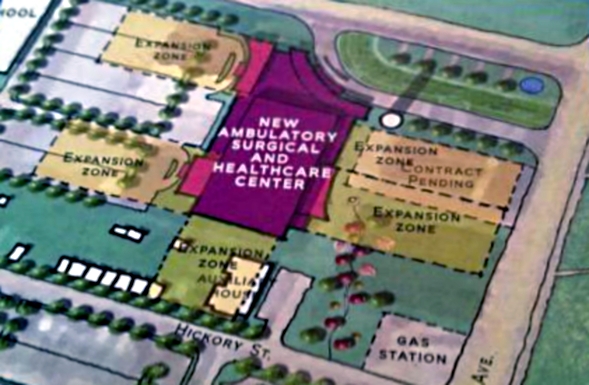