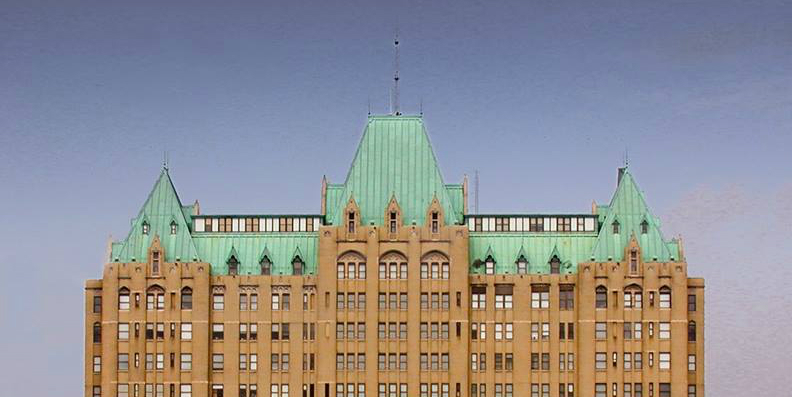 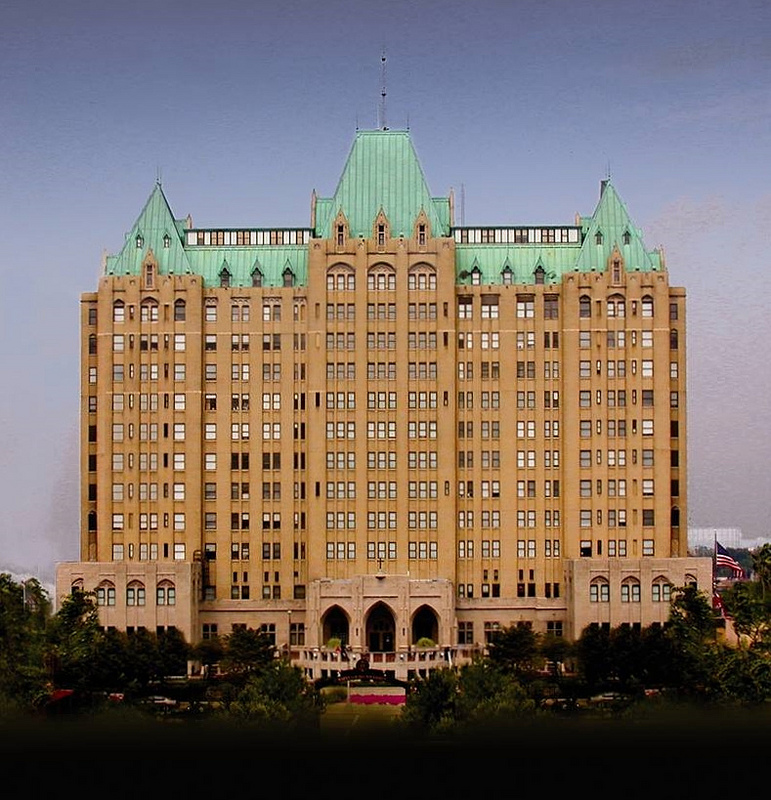 nextSTL has learned SSM Health’s early plans for its, soon to be, most recent acquisition call for the possible demolition of the existing Saint Louis University (SLU) Hospital. SSM recently reached a deal with SLU and Tenet Healthcare to purchase the hospital. The university is purchasing the hospital from Tenet, which has owned the facility since 1998. SLU will then contribute the hospital to SSM in exchange for a minority membership interest.

SLU will retain a financial interest and governance rights in SSM, and the healthcare company will own and operate the 356-bed teaching hospital. Additionally, SLU Hospital employees will become SSM employees. According to a press release the transaction between SSM Health and the university is expected to be finalized later this summer. It will be subject to regulatory approvals, and financial terms of the transaction will not be disclosed.

nextSTL sources say the most ambitious early plans feature construction of a $400-500M hospital on the campus bounded by South Grand Blvd., Hickory St., Rutger St., and South Spring Ave. along I-44. The project should move fast, as it was further revealed, by a source close to the deal, a component to the agreement requires a project start date no later than two years from the finalization date of the purchase. 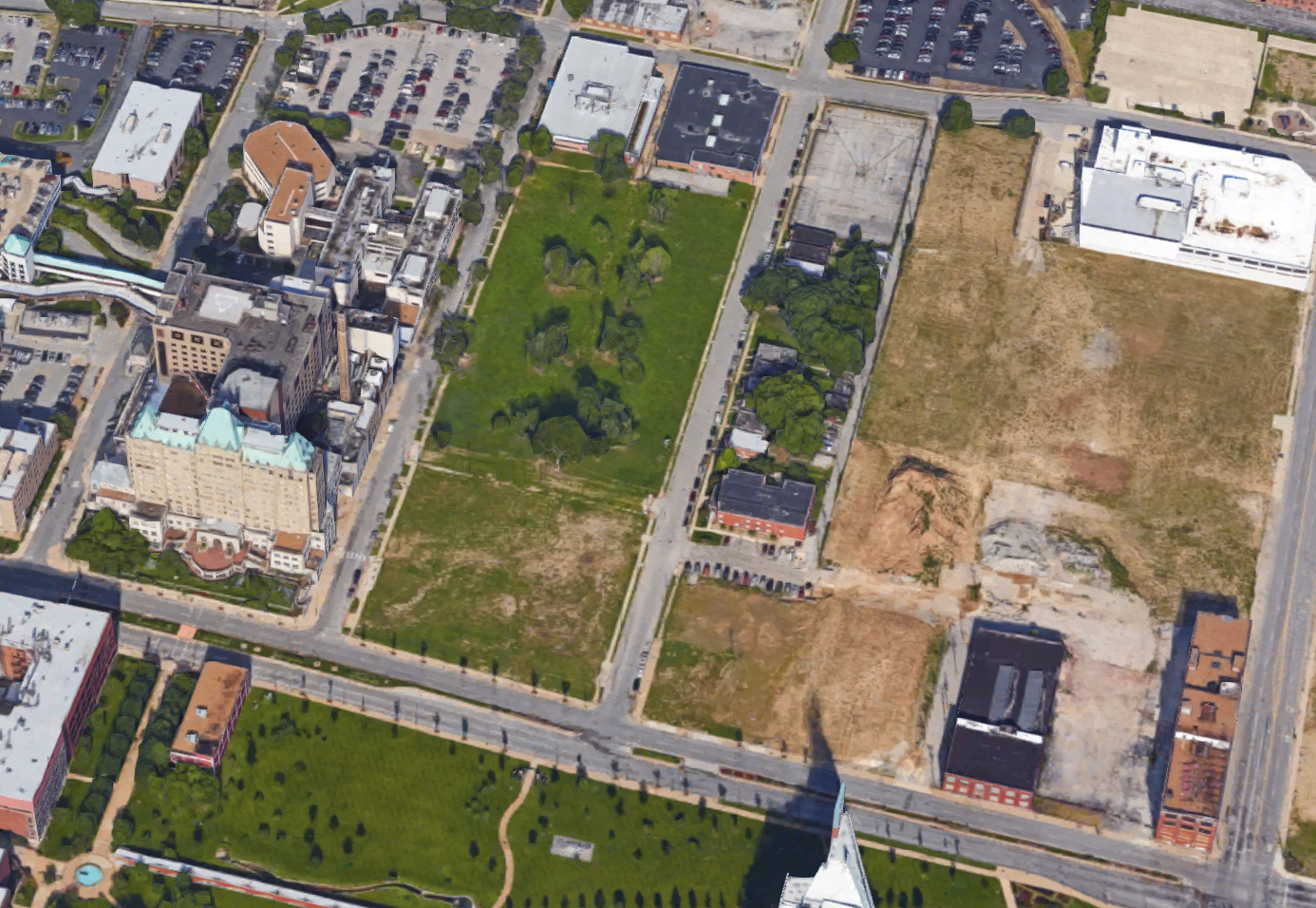 Reached for comment, SSM Health spokesperson Jamie Sherman shared that a capital plan is underway for the hospital complex, stating, “SSM Health is committed to making significant investments in SLU hospital to allow us to continue to provide exceptional care.” Asked about the development plan, Sherman stated that it is too early to confirm any details.

City records also show SLU is currently seeking a zoning change for land neighboring the hospital grounds across Rutger between Spring and Grand. On Sunday, St. Louis Post-Dispatch reporter Samantha Liss reported SLU has already closed Hickory St., across from the land seeking rezoning. Liss also noted this land was not mentioned in 2012 plans when SLU received approval to demolish the Pevely Dairy complex. That site, near SLU Hospital at the corner of Grand and Chouteau Avenues, was cleared except for the corner building to make way for a proposed $75 million SLUCare physicians outpatient center. That project is reportedly no longer happening.

Tenet had also been planning for construction that would have likely featured demolition on the medical campus. nextSTL has learned that in 2013 the Lawrence Group was working on designs for a new $100 million tower on the SLU Hospital campus. However, Tenet was dragging its feet. The project had been temporarily shelved at the time the recent deal was struck.

Any demolition or development plans have not been finalized, but are said to be examining all options, including the removal of Desloge Tower, the complex’s most iconic structure. Built in 1933, the Modern Gothic Revival soars ten stories above a high base, and is topped by a steeply-pitched slope to its easily identifiable roof of copper, pale green in patina.

The SLU medical complex is a agglomeration of decades of add-ons and renovations. Just as the Barnes-Jewish and Washington University in St. Louis campus has begun to untangle itself with a billion-dollar redevelopment plan, it’s expected that a new master plan and significant development will reshape this area over the next decade.

Desloge Tower served as the main hospital building of the Saint Louis University Medical Center until a reorganization in 1959 resulted in a new official name, SLU Hospital. Much of the currently modern campus is composed of structures constructed during a 1986 addition to Firmin Desloge Hospital. Michael Allen of the Preservation Research Office suggested the city would gain two new assets with a new medical center that featured a historic residential tower for employees and staff.

“I would hope that there could be consideration of saving the historic Firmin Desloge Hospital with its exceptional chapel by nationally-acclaimed architect Ralph Adams Cram.” Allen continued, “No one will cry if the ungainly addition is demolished and replaced — in fact it would improve the city’s skyline and the historic hospital building to be free from that dull form.”

SSM Health is one of the nation’s biggest Catholic not-for-profit health systems. According to Hoovers the company owns approximately 20 acute care hospitals with about 2,000 licensed beds.