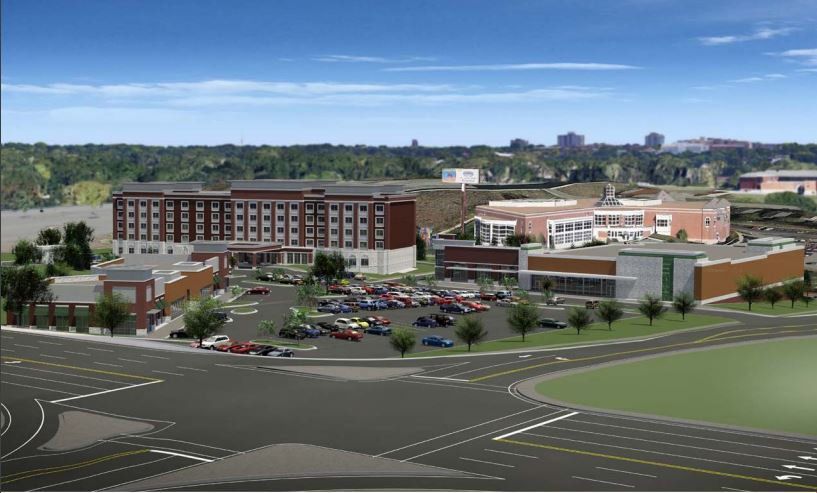 As first reported by 40 South News, a Courtyard Marriott Hotel, retail, and restaurants appear planned for the corner of Hanley Road and I-64/Highway 40. The more than 6-acre site would be accessed from Dale Avenue adjacent to The Heights recreation center and feature a five-story, 140-room hotel and 16,000sf of retail space titled The Crossing at Richmond Heights.

The $52M project by Summit Development Group, could break ground early next year, and be completed in roughly 12 months. The plan received an initial go-ahead from the Richmond Heights City Council yesterday. The site has been the target for development in the past, having sat vacant for nearly two decades. Among the ideas to have come and gone, was an aquarium, according to the St. Louis Post-Dispatch. 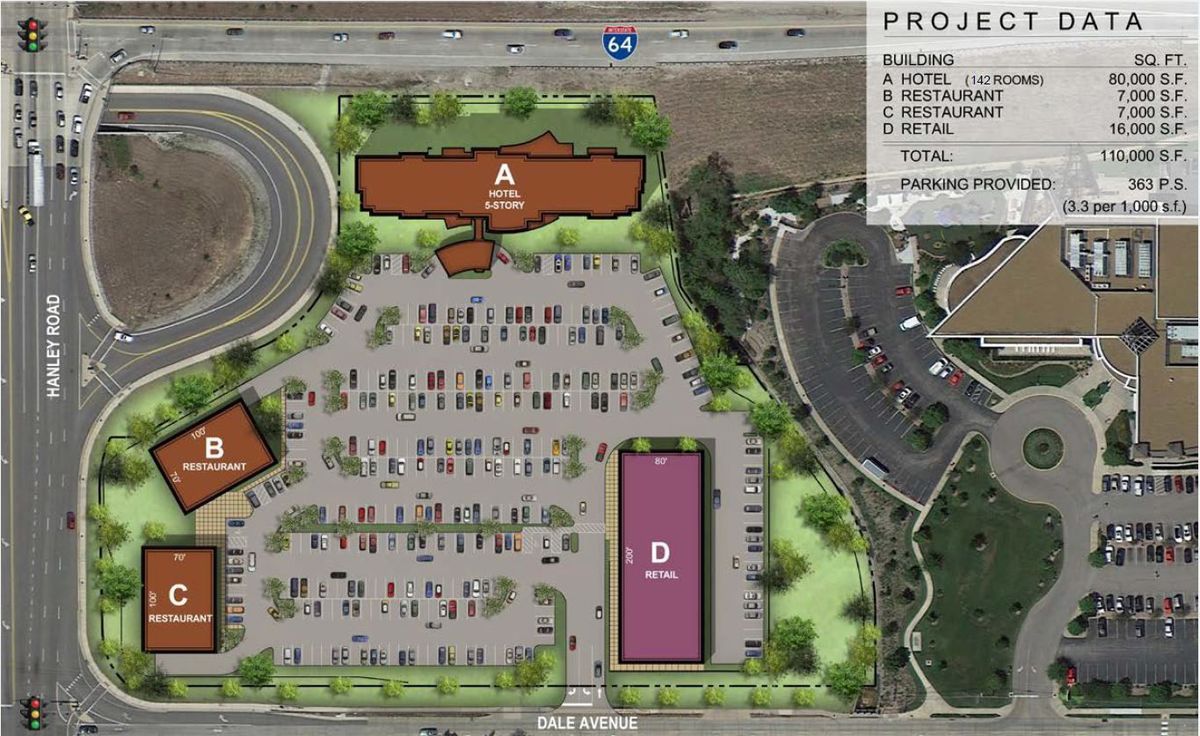 The area south across Dale Avenue has seen massive retail development in recent years, with the latest addition being a Menards big box store, which replaced a neighborhood of single-family homes. Several years ago, an IKEA store was planned for the area, but holdouts from several property owners, and the city’s decision to not use eminent domain, pushed IKEA to find another location. IKEA opened in St. Louis City in late 2015. 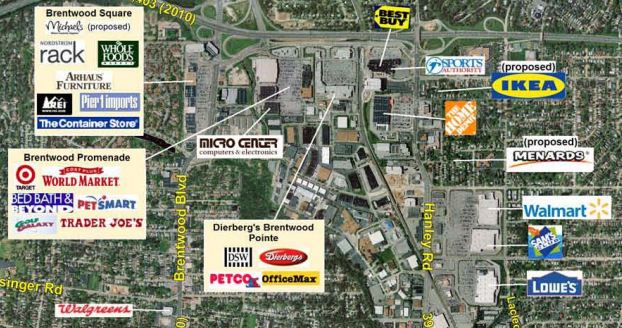 A more than $500M remake of Interstate 64 and Interstate 170 through the retail corridor has brought more traffic. Plans for a “South County Connector“, adding vehicle capacity from South Hanley, would have further increased traffic. That plan appears to be officially dead, with municipalities in its path, and various civic organizations opposing the plan. Just north and west of the proposed project is phase II of The Boulevard, which includes 95,000sf of retail and dining space, 30,000sf of office, and 50 to 165 residential units, and is being subsidized with Tax Increment Financing.

Concerns voiced by residents at the meeting regarding the hotel and retail project included traffic and storm water runoff. An apartment project just to the east on Dale at Boland Place was approved by the city earlier this year over the opposition of some residents concerned with additional traffic. That project has yet to break ground.