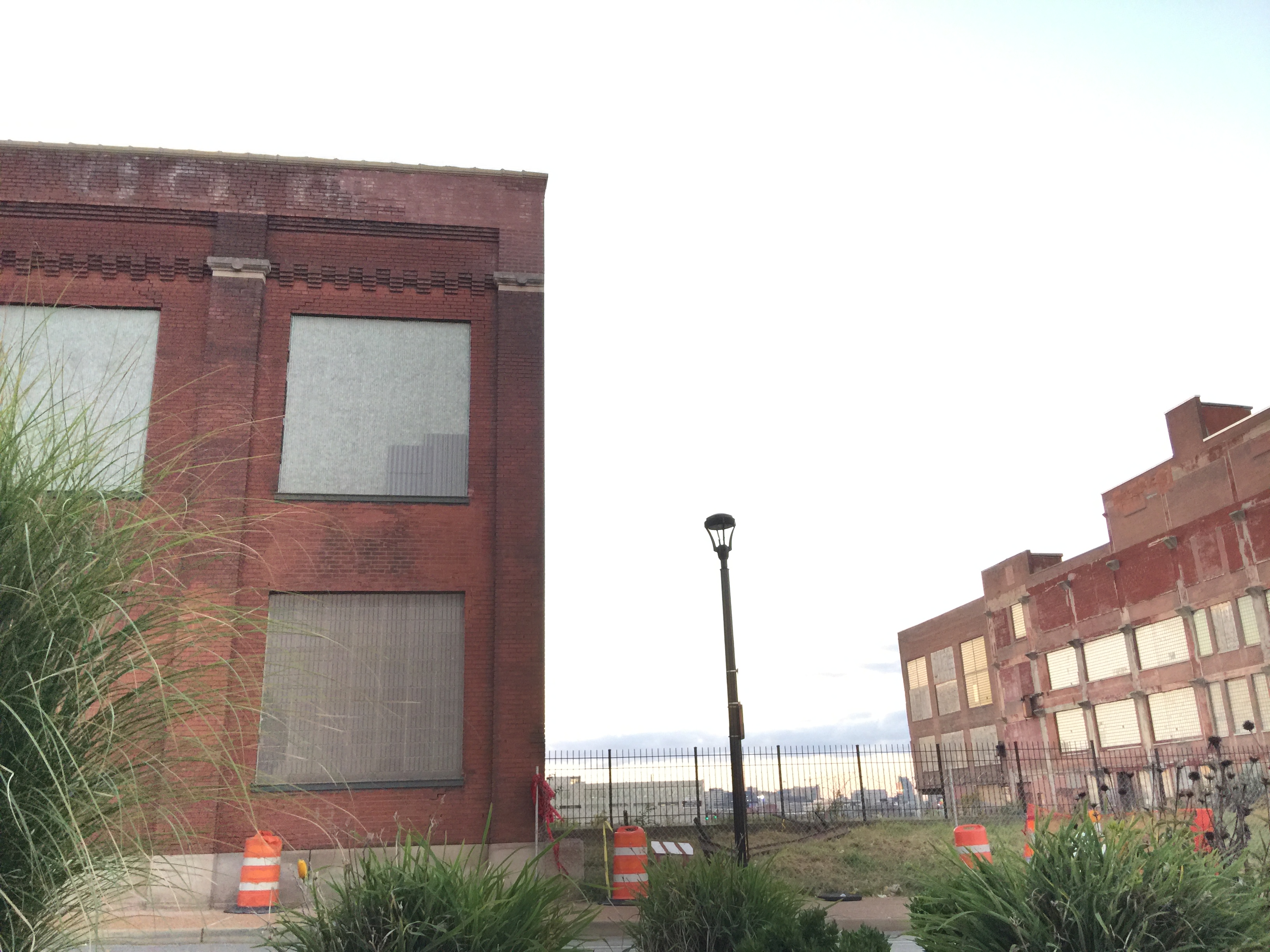 As SSM/Saint Louis University gear up for its $550M hospital project on Grand Boulevard, the fate of several well-known buildings remains in doubt. First in the minds of many is Desloge Tower. We reported in September that it’s “highly likely” the 15-story French Gothic Revival building would remain and be converted to office space.

The other two big questions are the Pevely and Missouri Belting buildings. No final design decisions have been made public at this point. Curiously, shared images showed at least the form of the long contested Pevely building at the corner of Grand and Chouteau. That building, and the now demolished remained of the complex was at the center of a contentious preservation battle in 2012. So while its presence may point to nothing in particular, it was good to see it represented.

But what has our attention is the Missouri Belting building. The early images didn’t reveal much and so little clues may tell a lot. This might be the case with the Missouri Belting building. A tipster contacted nextSTL to say that work was taking place at the site. A quick look confirmed what appears to be fresh mortar replacement on portions of the building’s facade. To be sure, this is the smallest of indicators, but you don’t typically tuckpoint a building that you plan to demolish.

So what was missing even in those massing images of the SSM/SLU hospital was the Missouri Belting building. SLU only acquired the building in January of this year from a private owner residing outside St. Louis. That owner had applied for a demolition permit in 2014, was denied by the city, and pled his case to the Preservation Review Board. The board voted unanimously to uphold the denial of demolition.

Despite the partial preservation victories, the fate of the Pevely building still appeared sealed. If the university were to return with a demolition request and a real, financed development plan in place for the parcel, it was expected to be lost as well. Along the way, it was assumed the Missouri Belting building next door would also be demolished. As the larger complex lost buildings, first to fire, then the wrecking ball, that all-important “context” was being lost, making future demolition easier. 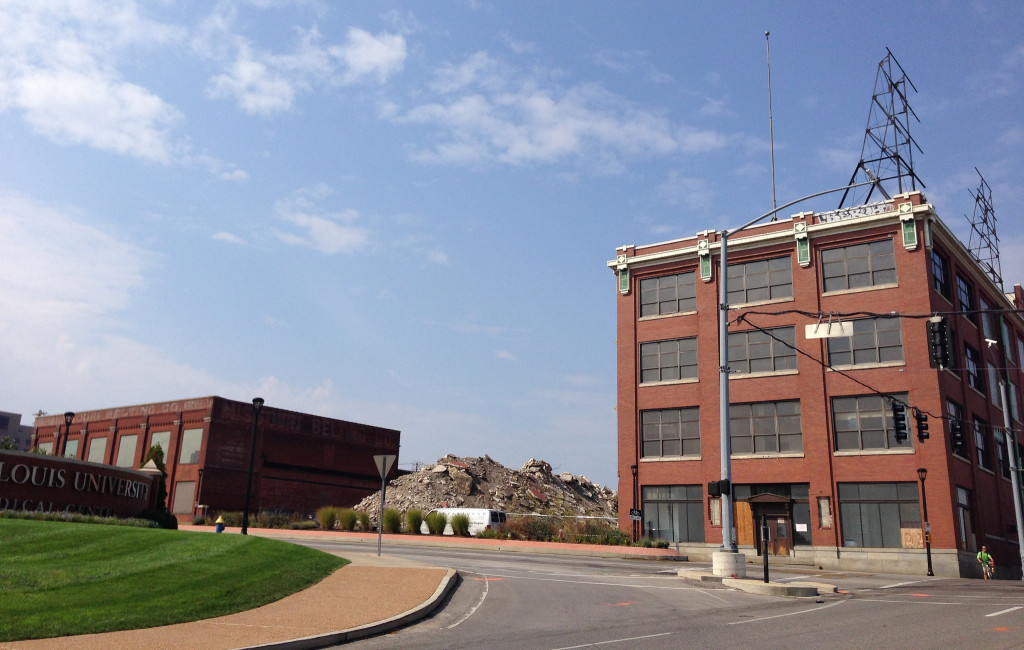