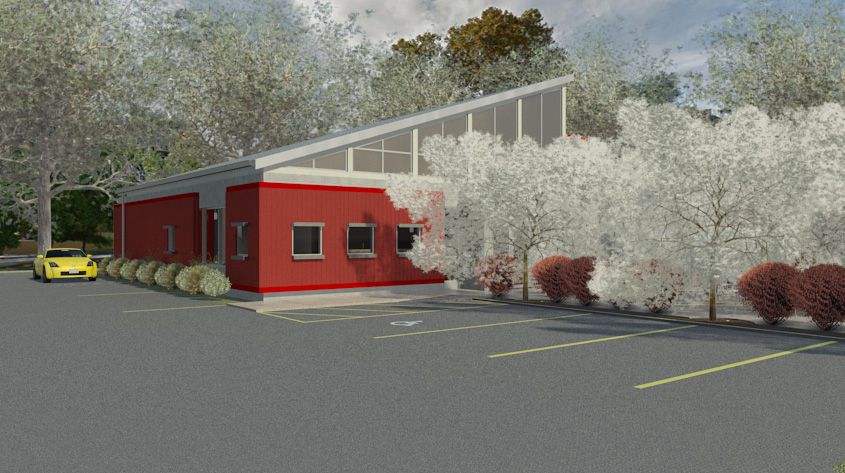 While the Grand Center Del Taco/Naugles flying saucer building was preserved and now houses a Starbucks and Chipotle, another prominent space vacated when Del Taco folded proved harder to reinvent. Last July we learned that the owners of Sugarfire Smoke House were eyeing the vacant building on McCausland near Forest Park in St. Louis City for a new concept.

Now St. Louis Magazine confirms that the spot will become the Hi-Pointe Drive In, a “simpler, faster, different, and less complicated” version of Sugarfire. The project, designed by Cohen Architecture Company, will use shipping containers. Popular elsewhere, shipping container architecture has had a few false starts in St. Louis. The first significant project to repurpose the steel boxes is currently under construction in St. Charles County: Shipping Container Home Making Waves in St. Charles.

The vacant Del Taco building has now been demolished and construction on the new building is set to begin. The site is near several big investments, with the Hi-Pointe Theatre being renovated, the Powers Insurance Agency set to build a new office across the street, and the complicated intersection with I-64/40, Clayton Road, McCausland and other streets being remade for the first time in a half a century. 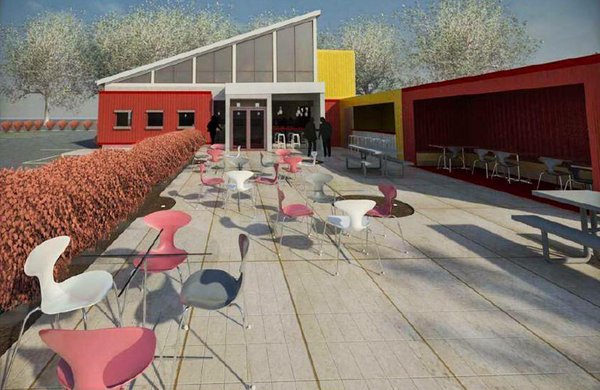 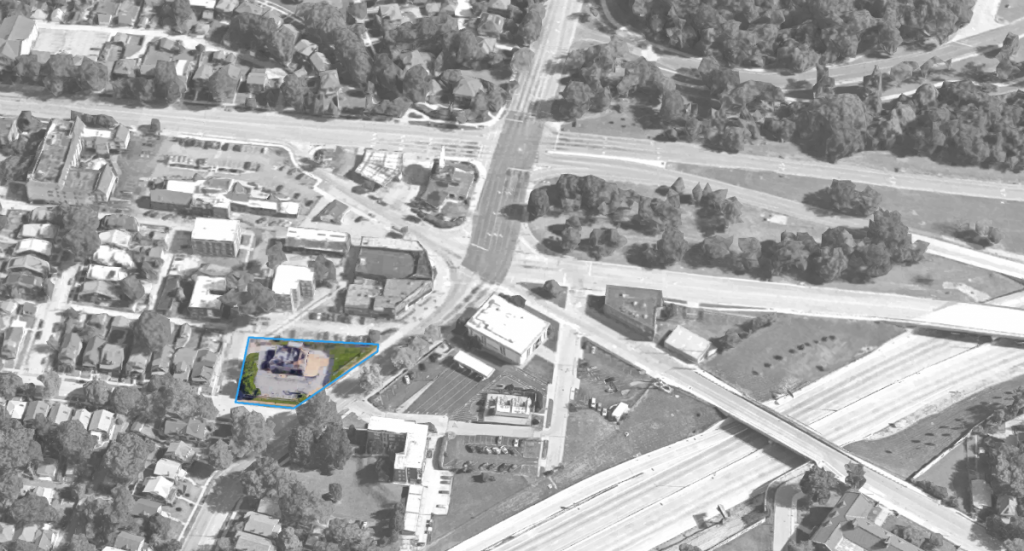 SLM has learned new restaurant will be a fast casual burger and sandwich joint called the Hi-Pointe Drive In. (A hat tip to @forestparkowls for his keen eyes, alerting us to today’s progress.)

One of the issues with the site was how best to use the existing building—and the answer was not to use it at all. Turns out it was cheaper to demo the old structure and start anew, which the group did, sort of, creating a new building from old shipping containers (as opposed to just cladding the old one).

The first anomaly is that the Drive-In won’t be a drive-thru, per the requests of the neighborhood. Co-owner Mike Johnson confirmed the restaurant will be for dine-in, pick-up, and delivery only. 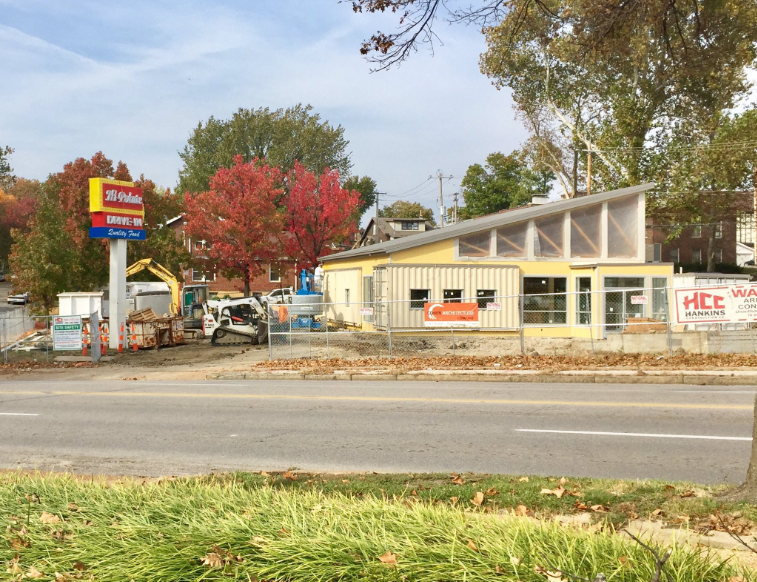