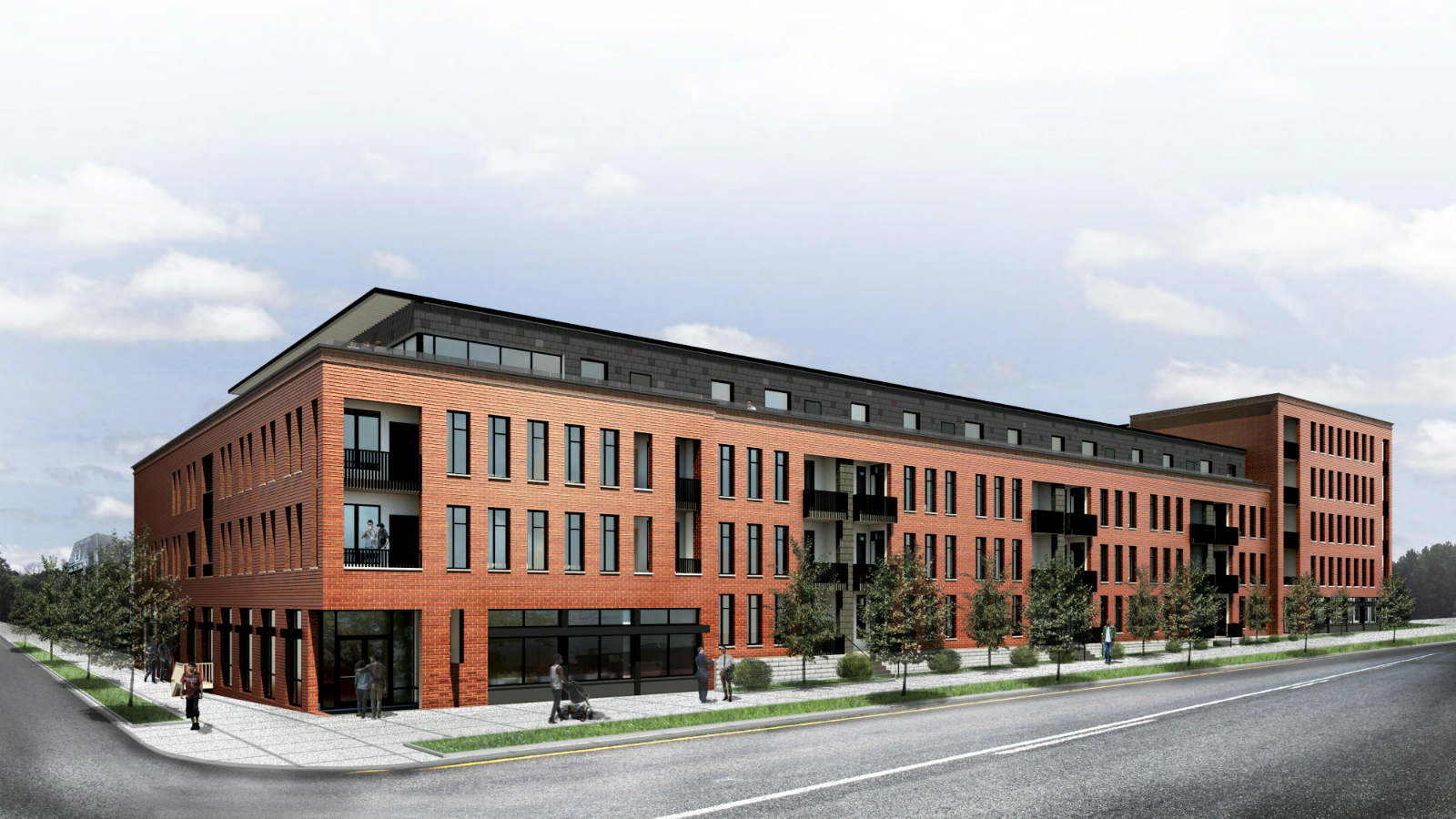 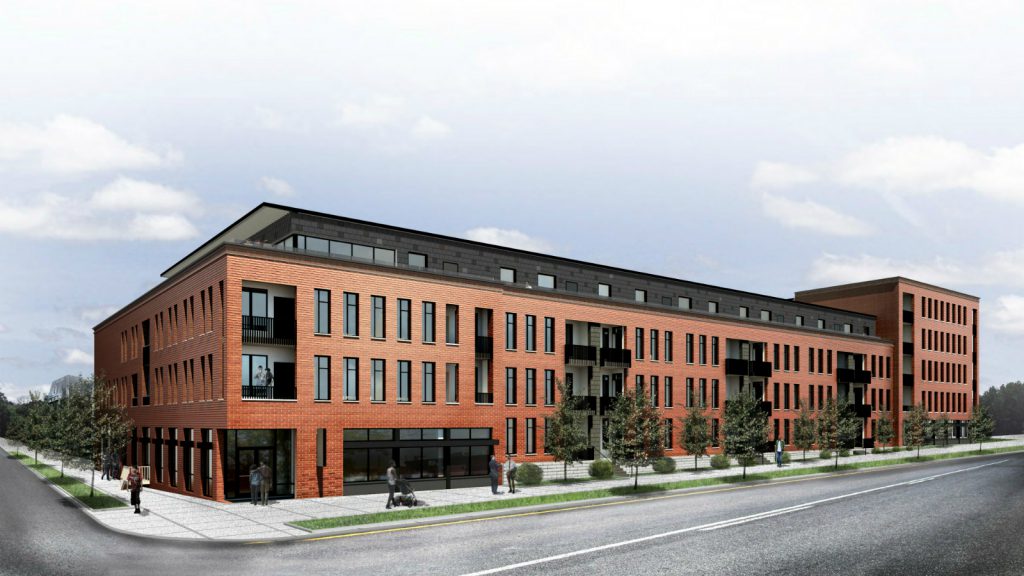 Last month we reported on a planned $20M, 126-unit, five-story mixed-use apartment project in Soulard at 1302-24 Russell Boulevard. Sited within a local historic district, the project will go before the city’s Preservation Review Board next week. The St. Louis Cultural Resources Office is recommending preliminary approval for demolition and new construction.

Designed by Trivers Associates, the building was previously described as a “cascade from five stories to three” with the aim being to match the historic character of the neighborhood. The now available renderings shows five stories at the western end adjacent to Interstate 55. A recessed four-story section extends east, with the eastern end at 13th Street being three stories. Parking would be located to the south of the building. 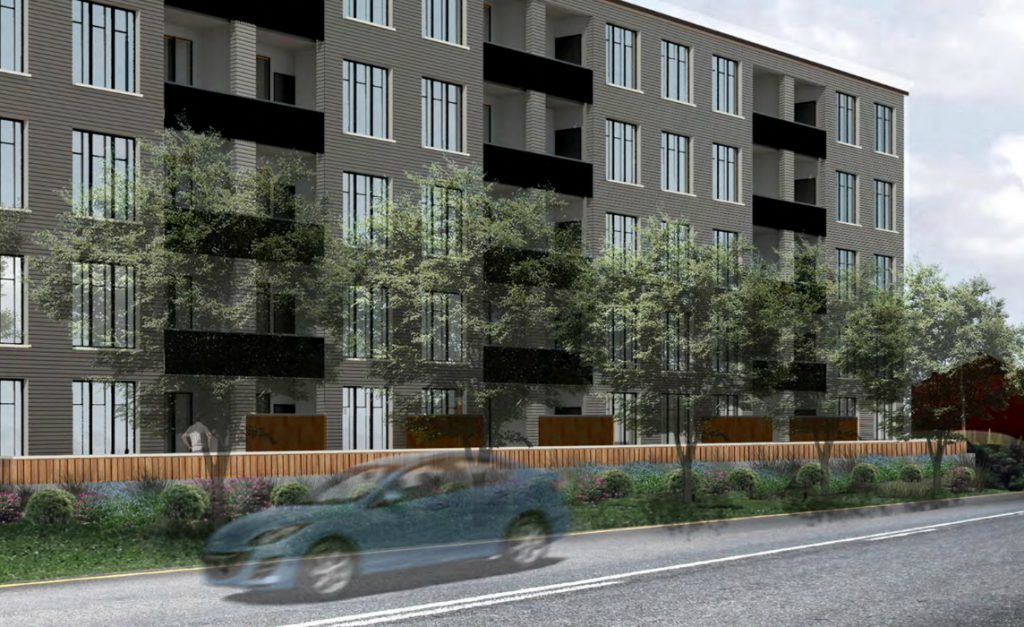 As is required for construction in a local historic district, a model example is presented as the nearby Mexican Hat Factory building at 1201 Russell. That historic warehouse spans a city block from 13th to 12th Streets. A McCormack Baron project, the Allen Market Lane Apartments provide affordable apartments for seniors aged 62 and older. 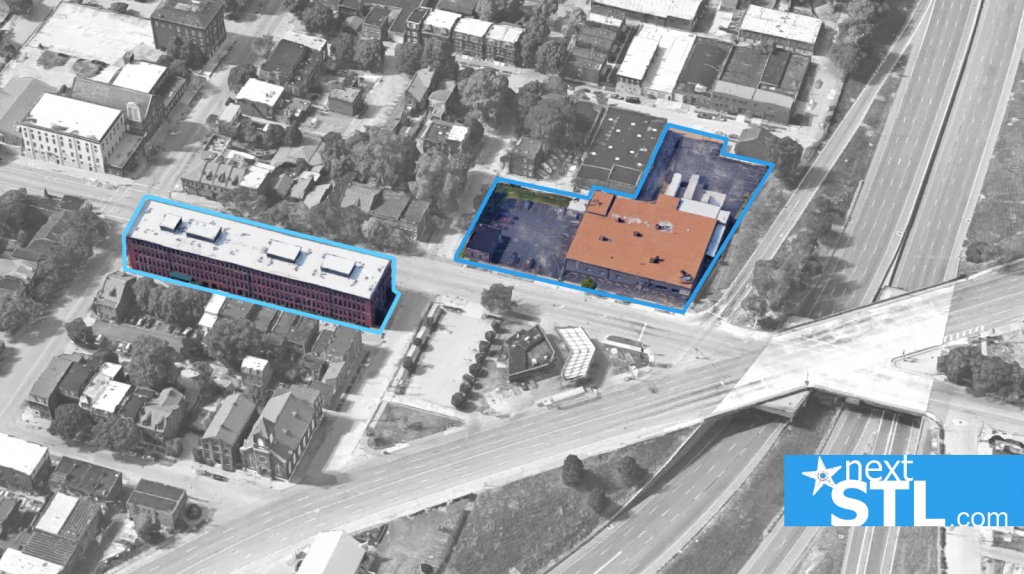 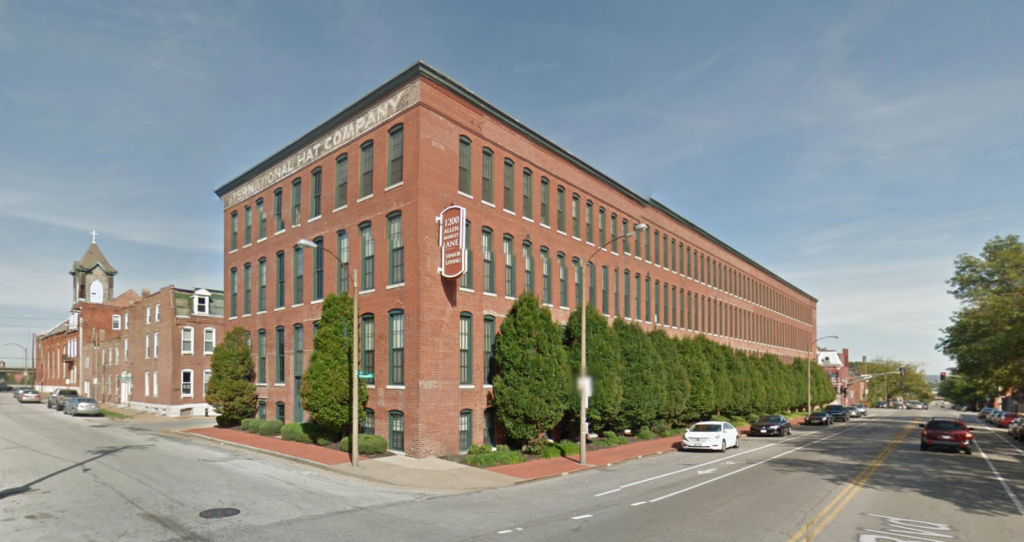 {existing buildings at 1302-24 Russell Boulevard would be demolished}

According to the Preservation Board agenda, the Russell and 13th Street facades would be brick, with a brick return on a “significant portion of the west elevation” facing Gravois. The remainder of the facade would be covered in cement lap siding. The Cultural Resources Office is recommending that a different material “with a more industrial precedent” be used in lieu of the cement siding.

The project appears to be headed toward Preservation Board approval. Some design elements have yet to be finalized, including any changes required by the city. If all goes according to plan, demolition of existing buildings would occur this year, with project completion as soon as fall 2017. Brothers Brett and David Apted are developing the project for Propper Construction Services. 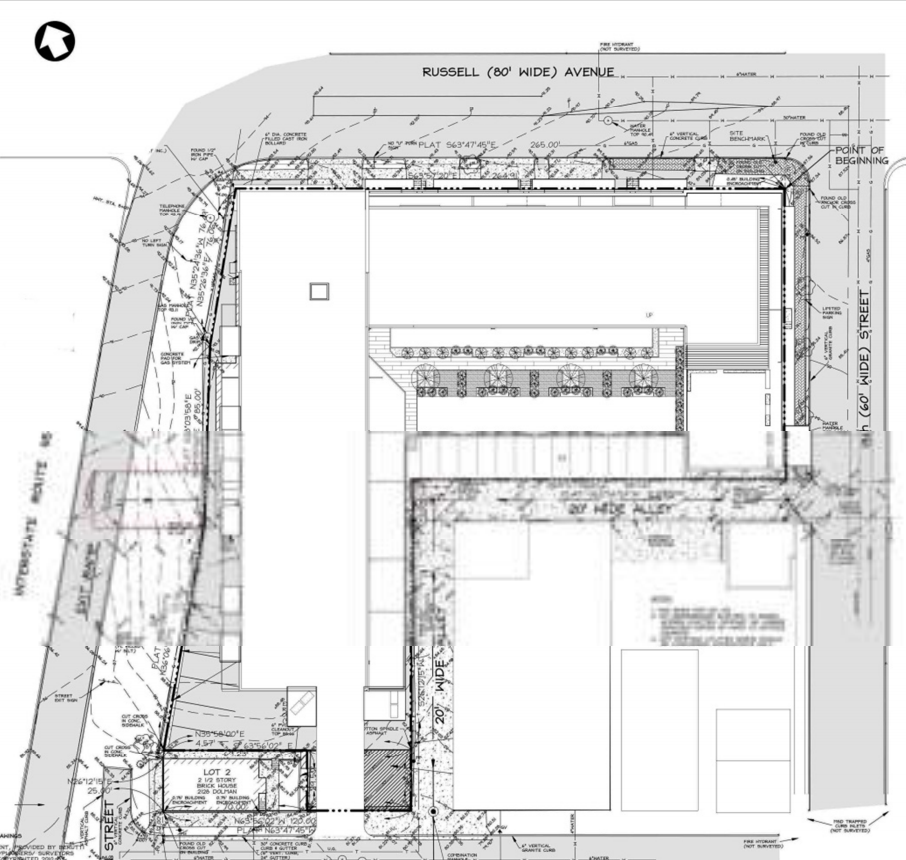