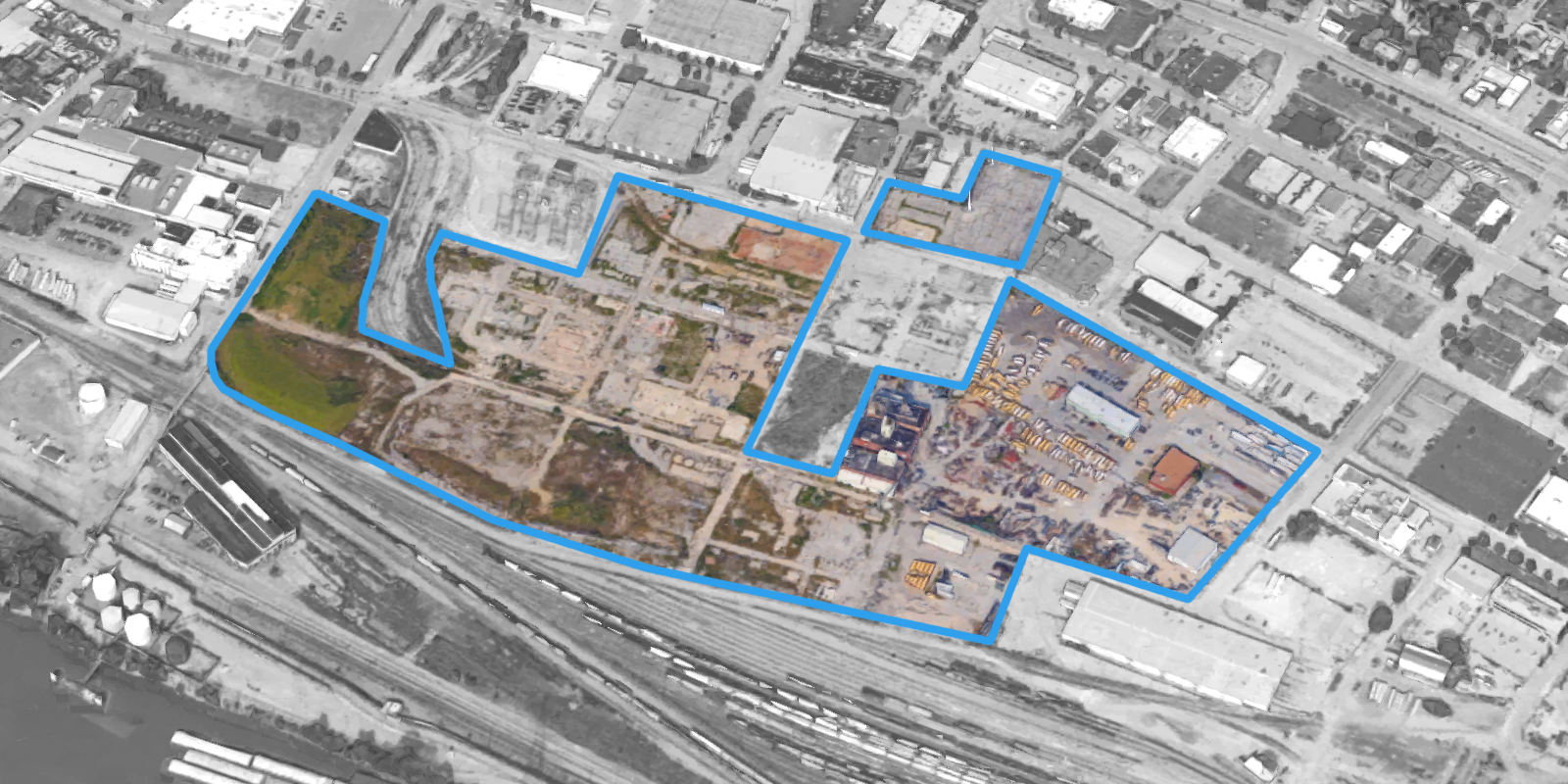 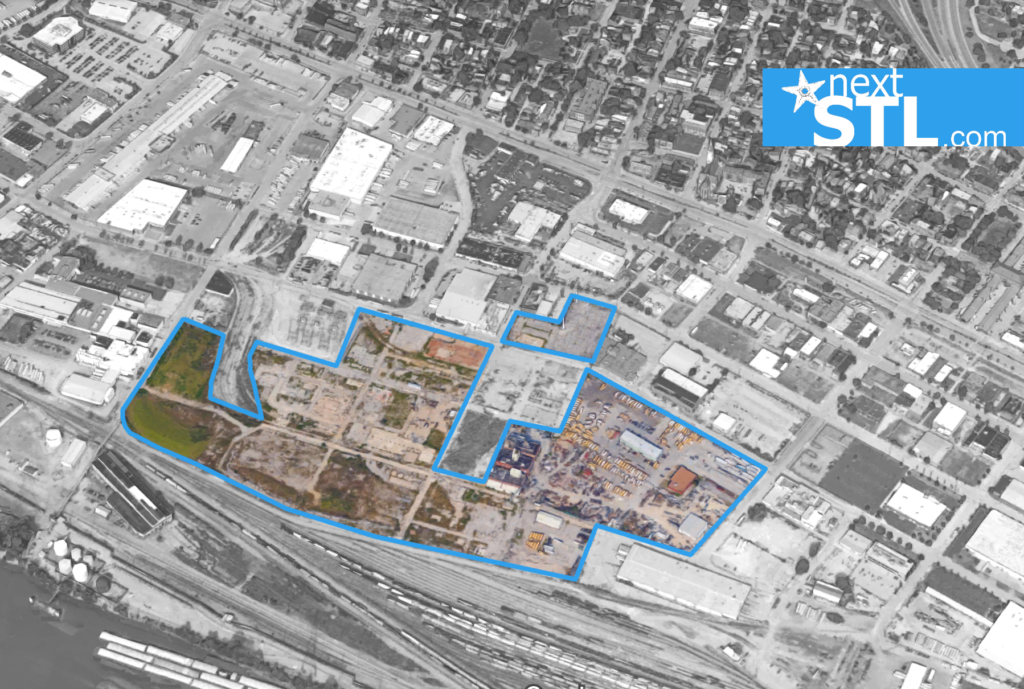 More than 40 acres of St. Louis City’s near south industrial riverfront has received 10 years of full tax abatement and an additional 15 years of 50 percent tax. As is typical, the city’s 28-member Board of Alderman approved the measure 22-0 without much of a conversation, and no recorded dissent.

The effort, once known as Soulard Green, isn’t new, but has been on hold for most of the past decade. Some big names in St. Louis development were previously engaged in Soulard Green, including Forum Studio, Green Street, and Environmental Operations Inc. The concept promoted in 2009 appears gone, but with tax abatement in hand, the site will be marketed anew as a cheap development site.

The big question is that with context of the St. Louis Economic Incentives Report, what kind of process was followed, and why kind of analysis was conducted before forgoing property tax revenue for the next 25 years? Will projects and abatement of this scale receive additional scrutiny in the future? These types of incentives aren’t handed out in secret, but they continue to receive little attention.

It appears that there exists no development plan, and no tenants for the site. The tax abatement awarded becomes part of the marketing effort to encourage development. Again, this should raise questions of how, when, and for how many years tax abatement is granted in the city.

Environmental Operations Inc. and SWH Investments II LLC, led by Stacy Hastie acquired most of the site in 2008 from Solutia, Inc., which had purchased the property from Monsanto. SWH has reportedly completed some environmental remediation of the site. Additional remediation costs may exceed $10M. The expansive site is planned to be marketed for subdivision to attract multiple users.

According the U.S. Environmental Protection Agency (EPA), the site was home to a chemical facility that operated for more than a century, closing in 2006. The manufacturing site used aspirin, Saccharin, pesticides, plasticizers, and other chemicals, leaving behind contaminants polychlorinated biphenyls (PCBs) and trichloroethene (TCE).

The city, and especially its riverfront, it littered with legacy industrial sites that have proven difficult to redevelopment. This provides a good opportunity to employ information offered in the incentives report to examine development and produce

From Forum Studio c. 2010, accessed via web archive: Located along the eastern boundary of the Soulard Historic District, the Soulard Green Masterplan has been developed to provide 1,250,000 square feet of sustainable low rise buildings on an underutilized brown field site. The Masterplan calls for a community minded campus site with landscaping that incorporates native plantings, quiet green spaces, jogging paths, bike trails and green athletic fields for use by the local community. The buildings will be scaled and located to maximize the environmental attributes of the site. The goal is create a research and business campus which embody a responsible, verdant community oriented design, that becomes a “signature” for the organizations and companies of the campus. 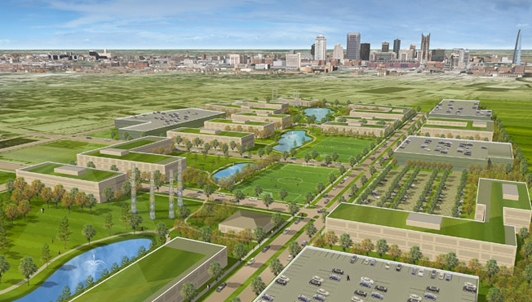 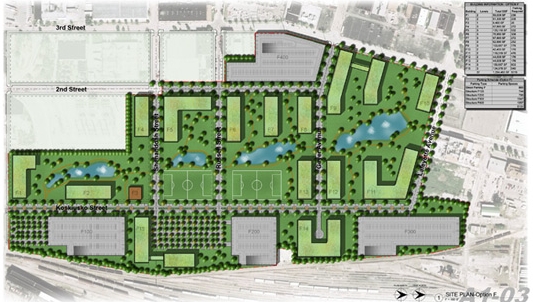 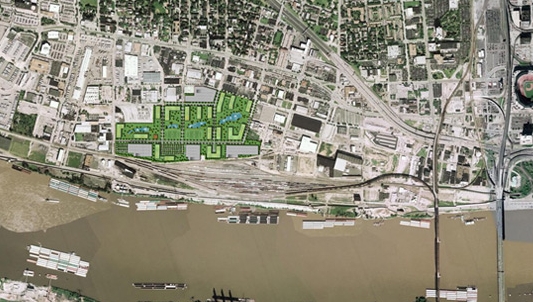