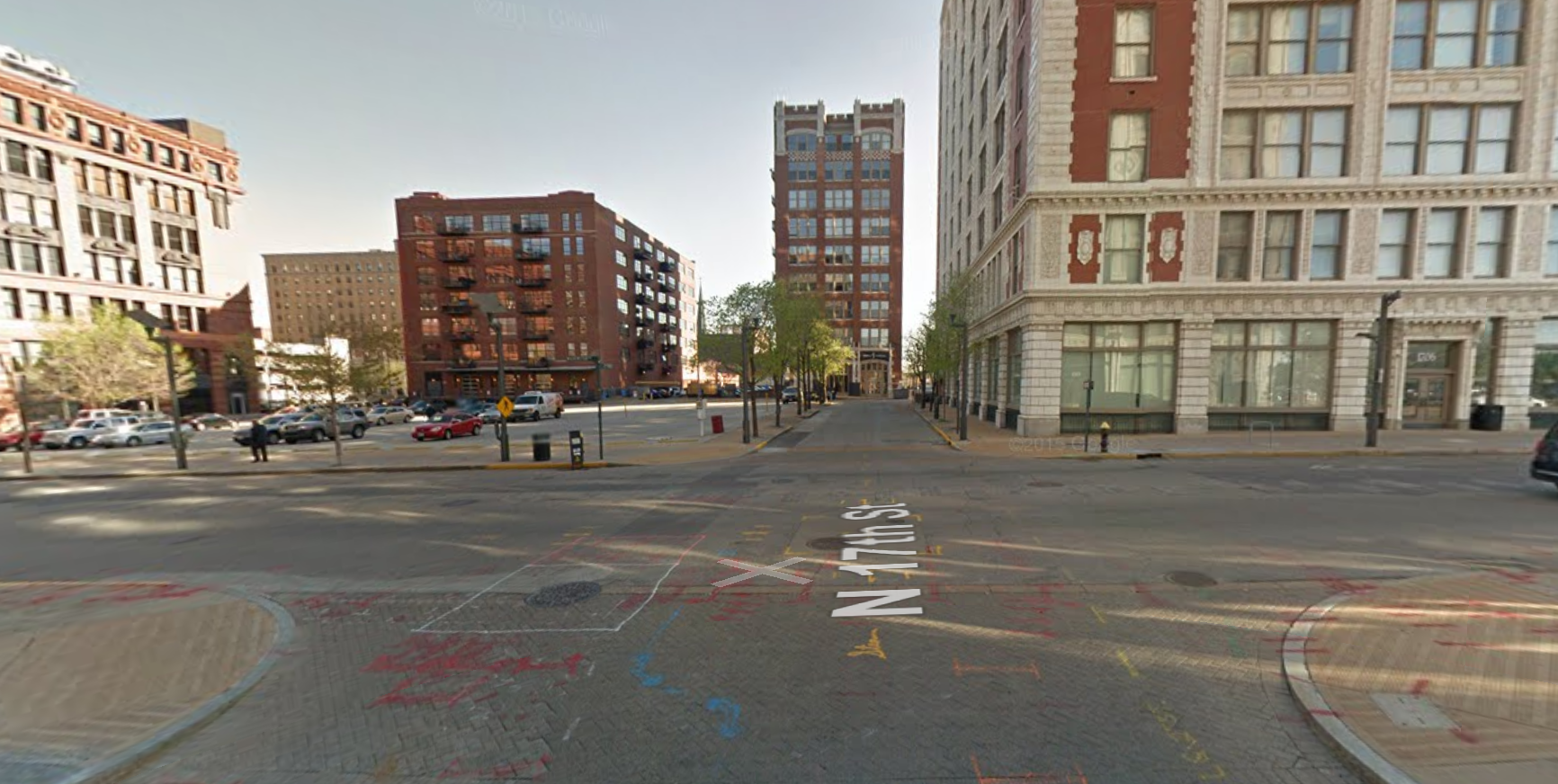 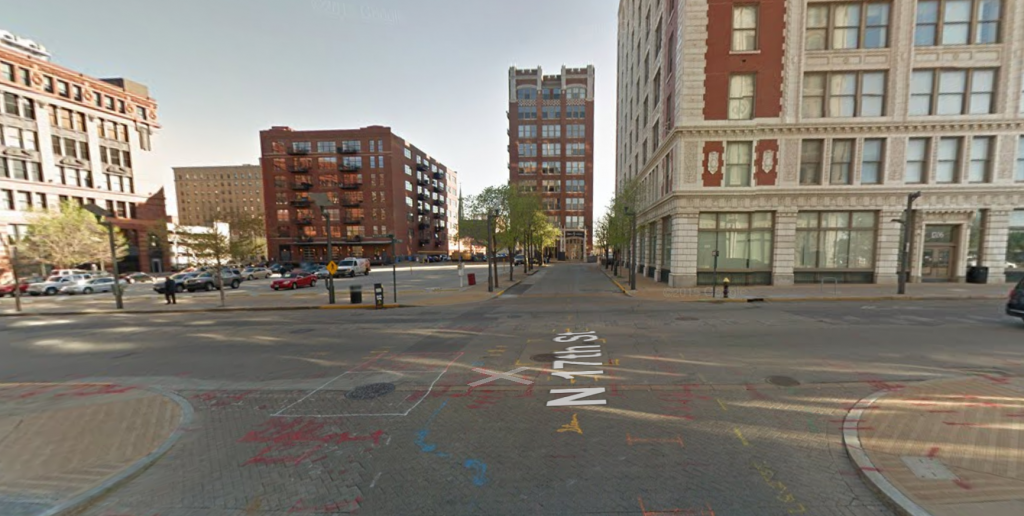 This morning 1/28 of the people elected to comprise the legislative body in the City of St. Louis will take another step toward giving away something that belongs to all city residents. In fact, the street belongs to more than just the residents of the city, who act simply as caretakers of a public good.

A city block, roughly 180 feet of 17th Street is set to be given away. Why? This is partly conjecture on our part, but here’s how it goes: the building owner says to the alderman, “Hey, I want to close this street, please give to me what is the property of all city residents.” The alderman says, “OK, no problem.” We have our doubts that the alderman even asked why, but in case she did, the building owner’s answer was, “Because I don’t think people renting apartments in my building want to cross a street. Also, they have dogs.” The alderman files a bill, the other 27 aldermen either vote for it or ignore it, and it’s done. 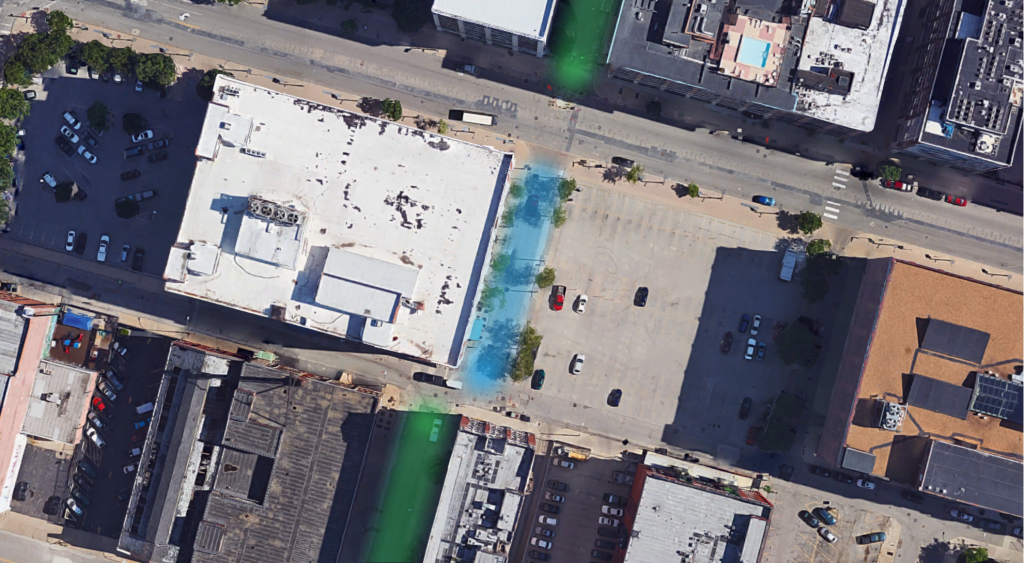 {17th Street to be given away shown in blue}

The street, a public asset just as much as a city park, is simply given away, for free, forever. It’s worth noting that the sale or even lease of public park land requires a public referendum. Even prior to the relatively new referendum requirement, it’s a bit difficult to imagine the city giving a corner of Benton Park to a developer. Why do we do this with our streets?

The giveaway of this public asset, of 17th Street, is most easily described as the action of one person. However, all 28 aldermen will be able to vote on the measure. They’ll vote yes because of something called Aldermanic Courtesy. This is basically each alderman letting all other aldermen do what they wish within their own ward, and receiving the same “courtesy” in return. This generation may know the process best as ¯\_(ツ)_/¯.

Still, this process isn’t simply the fault of the alderman. There’s a reason residents weren’t consulted, that no public meeting took place, that the Downtown Neighborhood Association wasn’t asked its opinion. Alderwoman Marlene Davis needs none of these people to be elected.

This is the person who made the sole decision to give away a city street forever based on nothing more than ¯\_(ツ)_/¯. Davis may not even be particularly ill suited to make this decision, at least not less ill suited than her fellow aldermen. 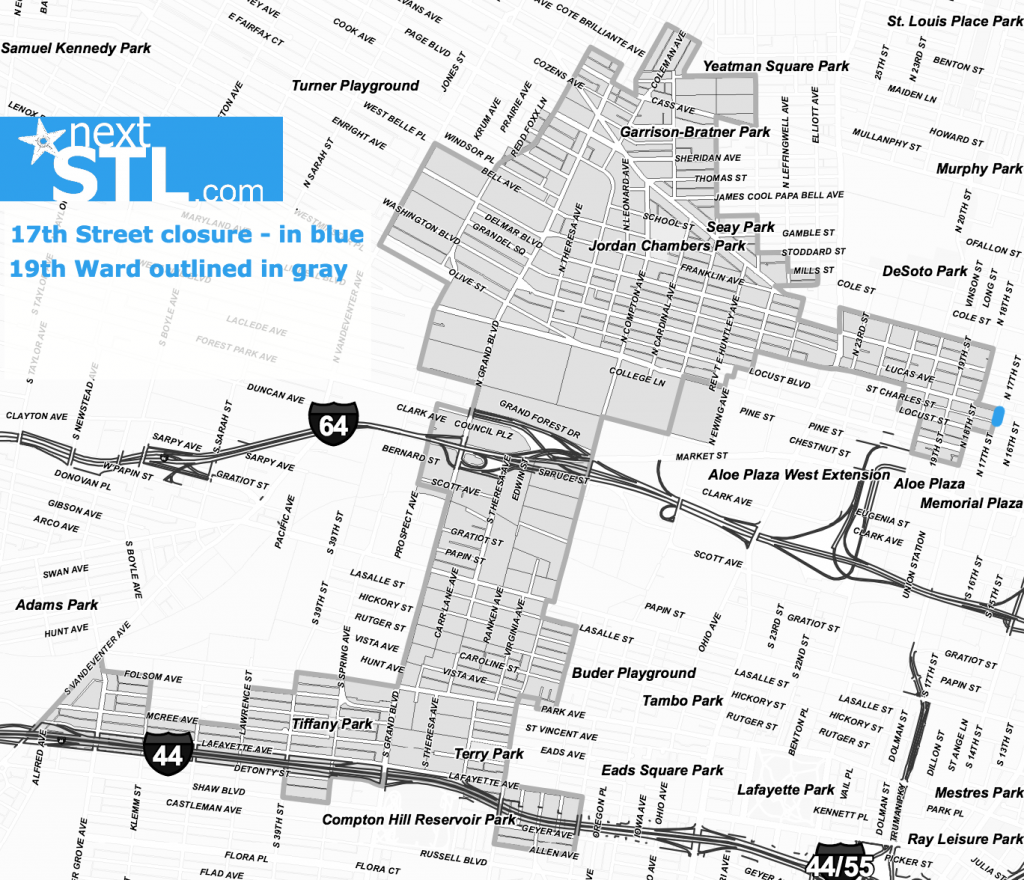 The closure would create a 650ft long block in downtown St. Louis, further disrupting the street grid and lessening access for drivers, pedestrians, cyclists, everyone. Street closures concentrate traffic on fewer and fewer streets, and increase traffic by forcing drivers to circle around and take longer routes.

Downtown St. Louis should be focused on returning its retail-deadening one-way streets to two-way. The city should introduce a form-based code and focus on the presentation of the public right-of-way at downtown corners. The current process, which may at a glance appear developer-friendly, creates a place fewer people will want to visit and invest.

If this all sounds a bit fatalistic, well, we’ve seen these fights come and go. It’s not a done deal per se. The Downtown Neighborhood Association is gathering signatures, 236 at last count, as well as at least eight letters against the closure. And neighbors apparently learned of Board Bill 64 giving away the street just a couple weeks ago.

Kudos got to KMOV-TV for covering this giveaway. That story can be viewed here. Davis has refused to comment on the story. So what can you do? You can contact 19th Ward Alderwoman Marlene Davis and other Aldermen (assuming the city’s website is up and running again). Advocate for decisions like these to be taken out of the hands of the city’s individual aldermen. Reward your alderman with your vote for rejecting Aldermanic Courtesy and taking on the responsibility of having a larger vision for our city. That’s about it, oh, and vote, even run for office, when Davis is up for election again next year. It would likely take less than 1,000 votes to make a change.

You can also reach out to City of St. Louis alderman on Twitter (links to those with accounts):