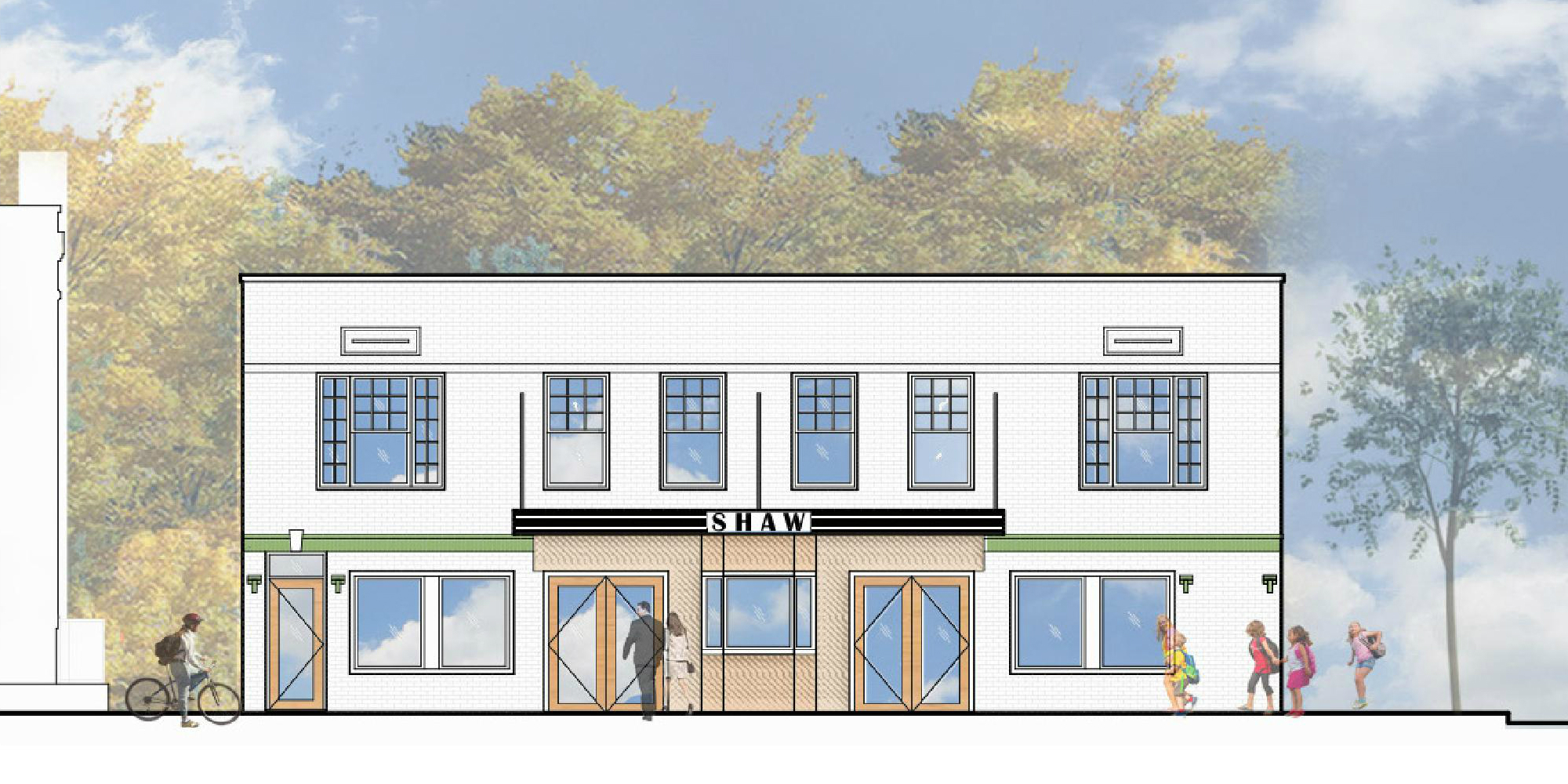 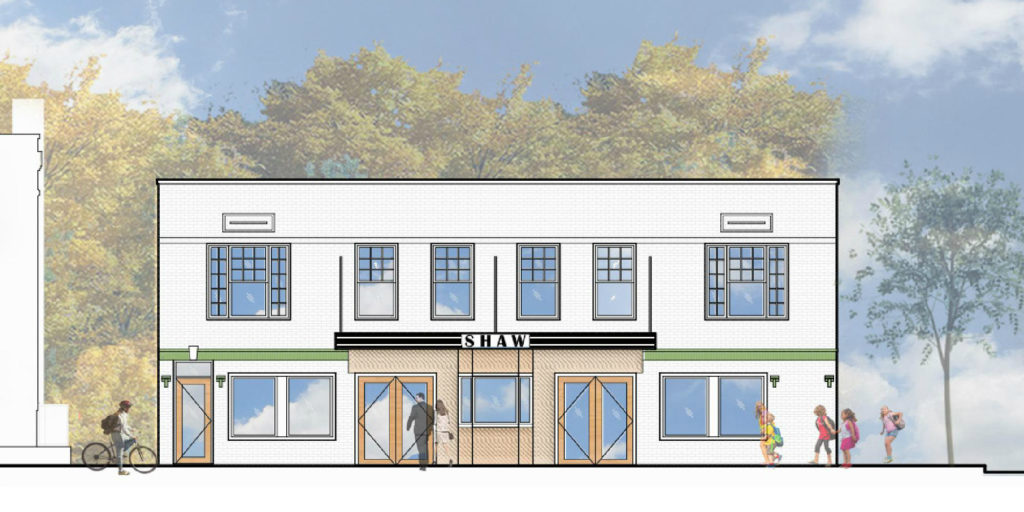 Back in July 2015, Salamah’s Market (formerly Shaw Place Theatre) was shuttered after the building was purchased by the City of St. Louis from the previous owner. Later that same month, the city opened an Request for Proposals (RFP) for the building at 3901 Shaw.

It appears the building will soon find a new life. On May 3, the TGNCDC Tweeted “SNIA (Shaw Neighborhood Improvement Association) approved Wild Carrot event space proposal last night. Massive renovation coming to the N/W corner of Shaw and 39th [email protected]_STL”. While not the not final step in the approval process, the SNIA endorsement is a crucial step forward. The project is now in the hands of the city’s Community Development Administration. If all goes according to plan, the venue could open as soon as this November.

The proposal, designed by UIC, would include a 6,000 sf event space with a two bedroom apartment above and a 1,200 sf retail space with an entry facing 39th Street. The event space would be operated by co-developers Laura and Casey Bunch, operating as The Newell Post LLC. According to the proposal, the couple will reside in the upstairs apartment. 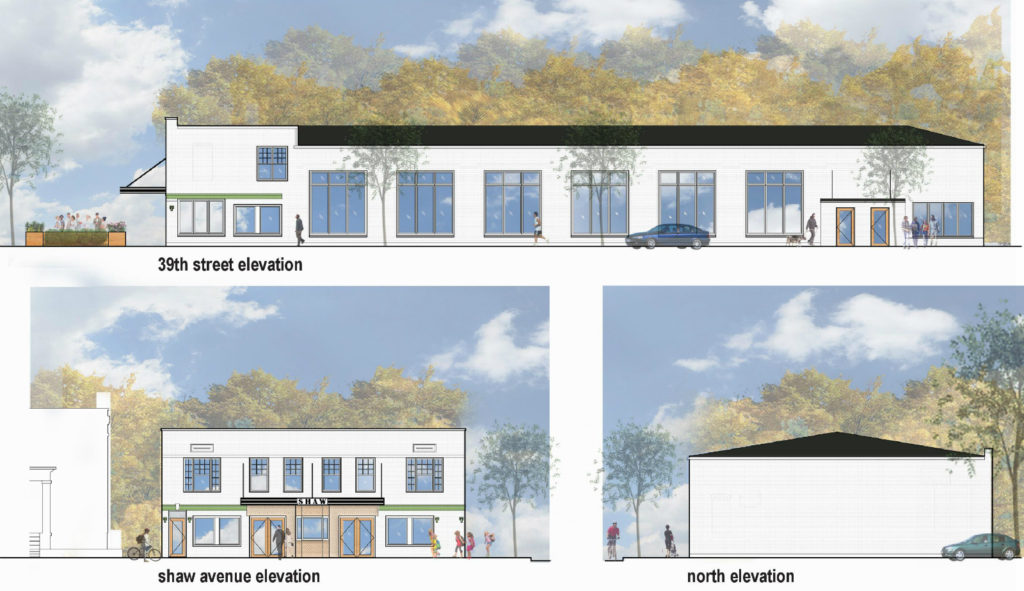 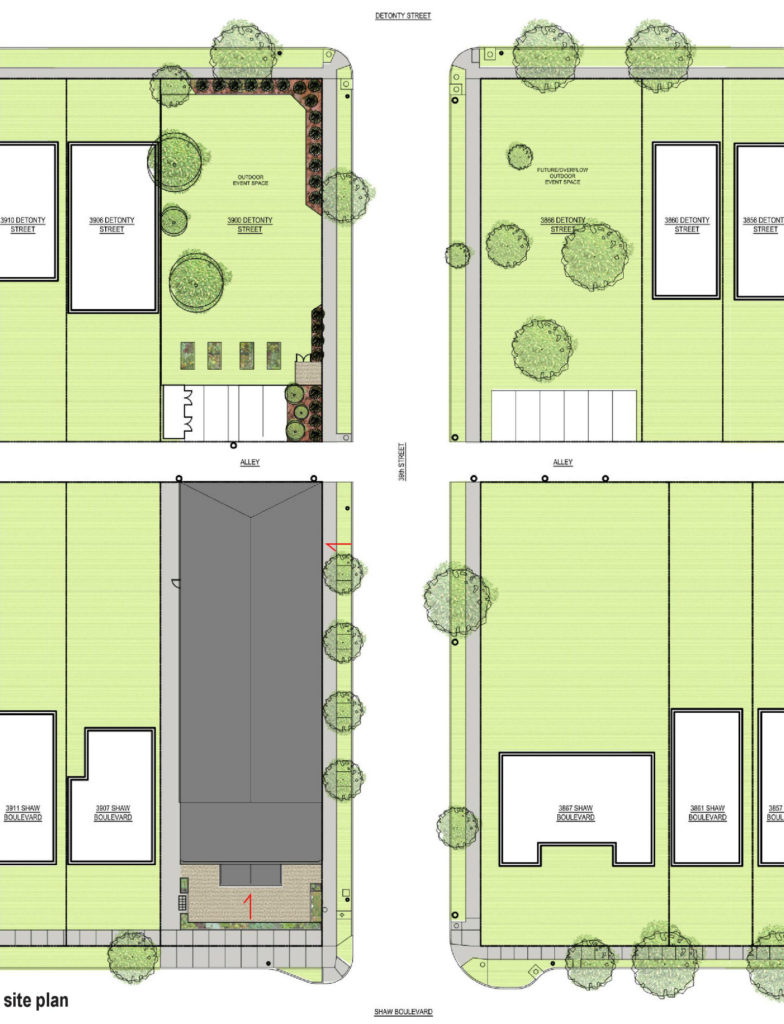 The proposal described the site work as follows: The applicant would like to acquire both the property at 3901 Shaw and the two City owned lots located at DeTonty and 39th. The patio area located immediately to the south of the building and at the corner of Shaw and 39th, will be repaved in concrete and a new low simulated wrought iron fence and shrub row will be added at the border to the sidewalk. This landscaped patio will serve as a gathering a pre-event space, or occasional outdoor event space. The vacant lots on DeTonty will be left primarily as green space, with new concrete parking areas located on the alley. The property at 3900 DeTonty will be re-landscaped to serve as an outdoor event space and the property at 3866 DeTonty will be used as a garden to support the functions of the event space.

The 7,400 sf theatre building is one of several that the neighborhood development corporation has focused on as a priority for redevelopment. Last month TGNCDC selected restauranteur David Bailey (Rooster, Range, Bridge, Small Batch, and the Chocolate Bar) to redevelop a long vacant gas station at 4175 Shaw. 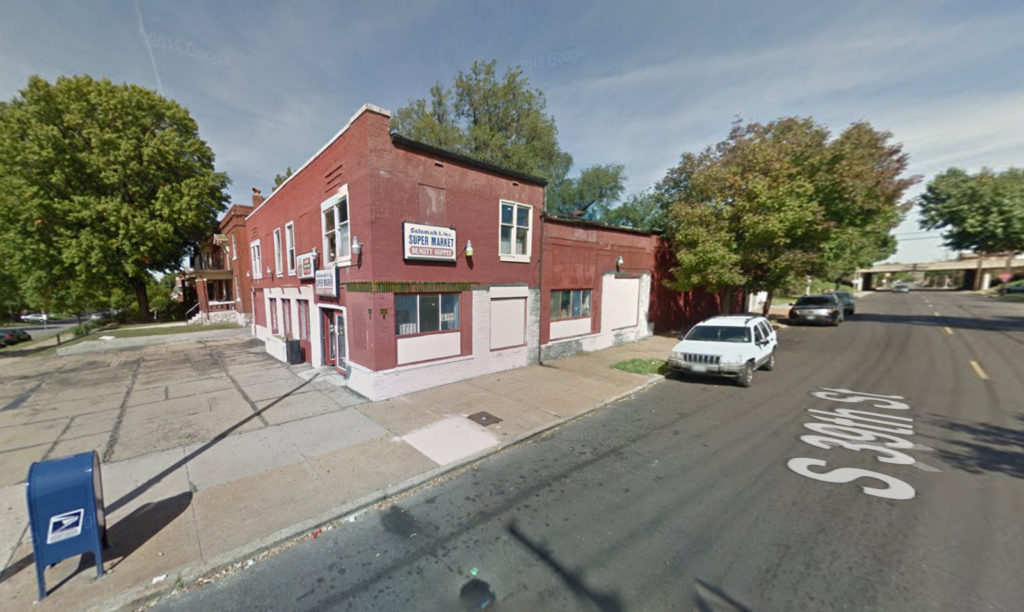 TGNCDC Executive Director Sean Spencer detailed some of the organization’s recent projects when he joined the Future Great City podcast [listen here]. Other projects include expanding its tenant screening service The Screen Door (a nextSTL advertiser), a nuisance property becoming a police substation, funding for improved access to Tower Grove Park, a meth house now remade, pushing the redevelopment of the vacant Detonty site forward, and others.

From the TGNCDC site:
The Shaw Theatre opened in 1915 as part of the Arthur Theatres chain (Franchon & Marco) and seated 1,140. Located in the Shaw neighborhood just six blocks from the Botanical Gardens. A single floor theatre with and plain front. Rather large lobby for a small neighborhood theatre.

Located right on the corner of Shaw Avenue and S. 39th Street in the middle of the neighborhood shopping center it was rather unique in that it was built up from the street level and you had to climb about five steps to get to the entrance level. The marquee was made to stretch around the corner so that one side was on S. 39th Street and the other on Shaw Avenue. The theatre gave way to television in 1957 and was converted to a drug store, today operating as a supermarket.