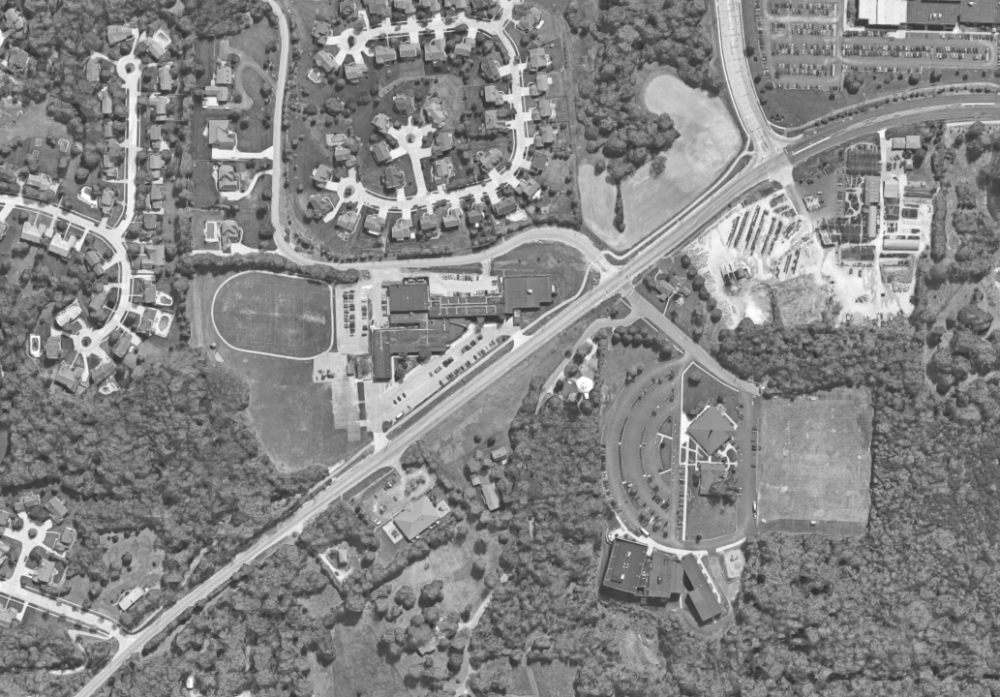 A 7-year-old was struck and killed in west St. Louis County on Saturday around 6:45 pm, a tragedy that no family should ever have to endure. A vehicle making a left turn out of a parking lot onto highway 109 fatally struck Rachael Bick of Ballwin. Straddling the highway where the child was struck are Babler Elementary School and the Elaine Rosi Academy for Children. The highway is maintained by the cash-strapped and over-extended Missouri Department of Transportation. 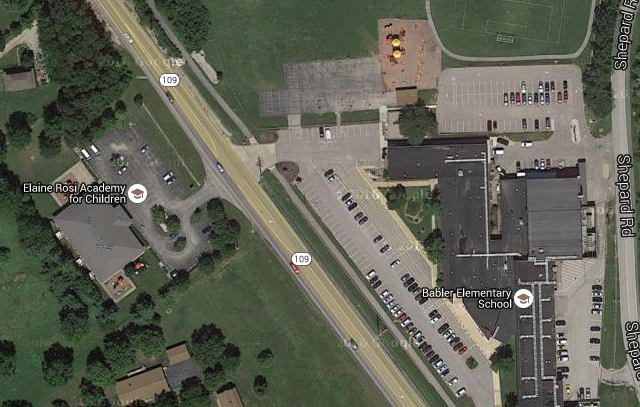 The highway was built as a road- meant to move cars quickly between places. It’s being turned into a stroad (video) as development occurs along it. A stroad tries to function as both a road and a street and fails at both. A stroad environment is predictably dangerous. The highway has no pedestrian safety features at the site of Saturday’s tragedy, not even quite affordable paint. The nearest traffic light is about 500 ft away and the nearest marked crosswalk is 1000 ft away. We can’t expect anyone to walk that far to cross Highway 109.

The Post-Disptach has profiled other citizens’ struggles to get around without an effectively government-mandated car. Every day, 78-year-old Vita O’Hare crosses Olive Boulevard (MO 340) near Faust Park. Her choices are: not visit her husband, get a car like a normal person, be dependent on others for rides, risk her life on Olive Stroad. She exemplifies the coming crisis of growing old in spread out built environments. We all know she is at risk, but we voluntarily disregard it.

18 year-old LaTonya Williams walked 141 to work from public housing in Valley Park to her job at Burger King. She exemplifies the low-wage worker who would have to devote a huge percentage of income if she burdened herself with a car. From her home government has offered two choices: get a car like normal people or risk her life walking 141. Grave injury is a foreseeable outcome of walking 141. Ironically and tragically she moved away from this despotic environment to Hillsdale. While walking on the sidewalk in Wellston, she and her boyfriend were struck and killed by a car, whose driver shouldn’t have been driving- someone else driving for lack of options due to government priorities.

Just a day before the death of Rachel Bick, Ellisville residents expressed concern over speeding on a nearby Old State Road. With so much distance between everything, it’s no wonder people want to drive fast. The speed limit is not the problem; it’s the stroad design. Everyone knows it’s dangerous, yet we consciously disregard the predictable harm our infrastructure and land use choices cause.

{The only things protecting kids from cars. I doubt the light was flashing given the time of the incident.}

Options to enhance safety here are numerous, obvious, and many are cheap. Obvious if our priority is to not kill kids (or anyone else) rather than moving as many cars as quickly as possible. If a company were this negligent, the parents would and could sue.

Gross negligence is a conscious and voluntary disregard of the need to use reasonable care, which is likely to cause foreseeable grave injury or harm to persons, property, or both. It is conduct that is extreme when compared with ordinary Negligence, which is a mere failure to exercise reasonable care.

Strong Towns Podcast with Chuck Marohn, PE AICP, on the gross negligence of our current approach to infrastructure and land use.

What is the problem with the roadway?

MoDOT and the City of Wildwood have partnered to come up with $5.2 million for a jointly funded project to improve the safety and flow of traffic along the portion of Route 109 from Clayton to Route 100. Route 109 in Wildwood between Route 100 and Clayton Road has a significant number of crashes along its length. Historically, it is a stretch of roadway within the city that has the most crashes each year. Many of these crashes are due to congestion or to subdivision residents attempting to turn left through cross traffic. The accident rate on this stretch of roadway is about twice that of other similar roads in Missouri.

MoDOT recently “improved” 109 just to the south between Clayton Rd and MO-100, adding lanes and pimped-out roundabouts. Note no mention above of people outside of cars. Bike/ped features were included though. They are recreation-oriented and expensive. In places built for cars, enhancing safety for motorists, pedestrians, and cyclists costs a lot- $5.2 million in this case. Given the sparse development pattern of the area, it likely will take longer to pay that back than the improvements will last.

Since development has been allowed along the highway it should be turned into a street. The design priority here should be to calm traffic by reducing the 85th percentile speed to 20 mph. This takes actual design changes, not a speed limit change that Wildwood recently passed reducing 109 from 45 to 40 mph. Drivers will go as fast as they are comfortable. Start with the cheapest options and increase until the goal is met.

Granted Wildwood and Rockwood School District’s inherently wasteful, insolvent, and dangerous land-use choices bare part of the blame here and deserve criticism too. However engineers know the consequences of design and can design for safety if the priority is to not kill kids. MoDOT’s priorities have been to catch the congestion dragon and to spread out our cities big and small. MoDOT is currently seeking more taxpayer support. Before giving MoDOT any more money, we must demand reform.

Update: Monday night’s report on KSDK with comment from MoDOT.

cities shouldn’t wait for crashes to happen in order to analyze and fix dangerous areas.