Government intervention and choices in housing and infrastructure, especially in transportation, has promoted spreading out the region. Since 1970 the region’s population is up only 50% while the space occupied has increased by 400%. Putting people, jobs, services, shopping, and amenities further apart raises costs for the public and private sector. Our hyper-fragmentation has been unable to hold back these forces, often working in concert. 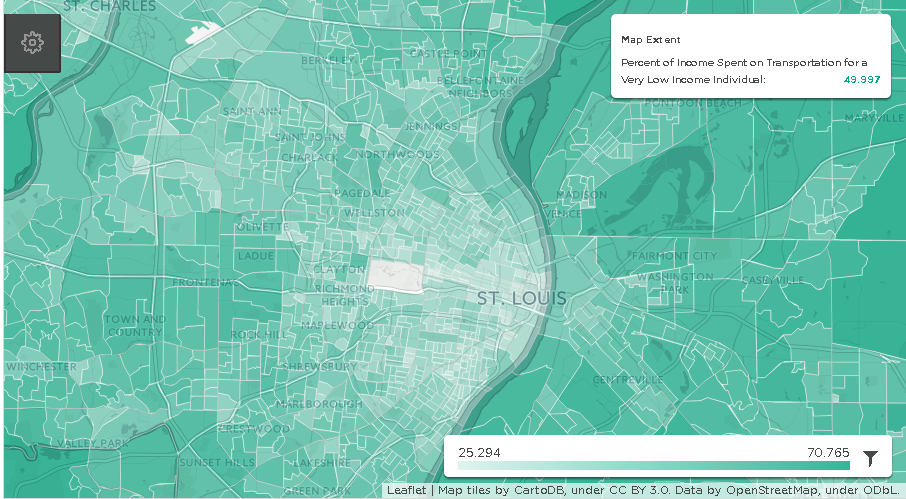 {A Low Income Individual is defined as a single person household with one commuter that is at or below the national poverty line. The value indicates the percentage of income spent on Transportation}

The most tragic effect is the heavy burden placed on the poor. Unnecessary transportation costs in money and time crowd out housing, food, education, health care, childrearing, etc. and build no human or physical assets. Our policy priorities in transportation and housing have been exacerbating poverty.

For the region as a whole, our policy priorities that encourage longer distance commutes send great amounts of wealth out of the region. The amount of infrastructure needed to support it has rendered us house poor.

Mysidewalk.com has made a map of St. Louis City and County by census tract showing the portion of income spent on transportation by low wage workers. Click on “read more” for sources. They also made a map of the metro area by zip code. 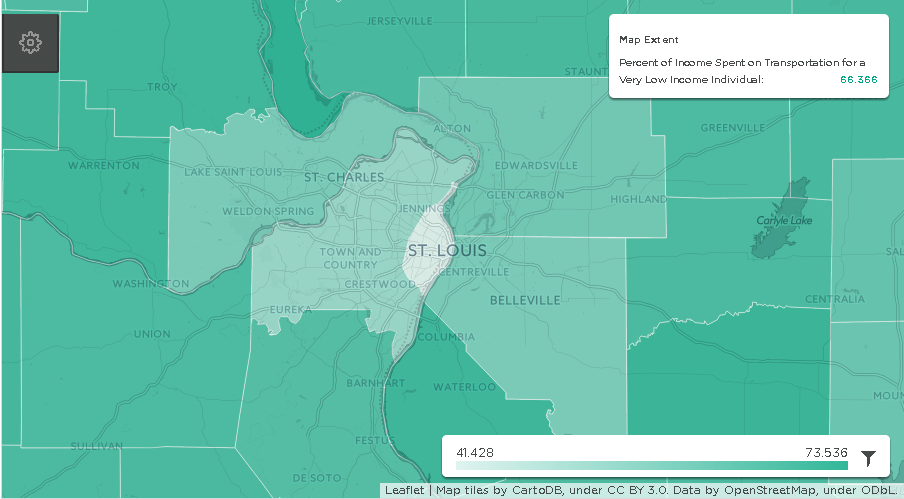 As our build-abandon-build-abandon land use policy of the region carries on, we should expect the burden to become greater. The burden applies not just to households, but to the often tiny municipalities trying to serve them. It is fortuitous for them that the same built environment that’s not productive enough to fund the town government also forces poor people to drive, often poorly maintained cars, so they are marks for revenue generation via tickets and court fines. The incentive for other revenue sources grows as higher taxes chase declining services while the tax base erodes.

We must recognize the role the built environment is playing in stymieing people’s efforts to escape poverty. When we choose to change the policies that encourage us to move further away from everything else, we will lift one less burden off the shoulders the poor.