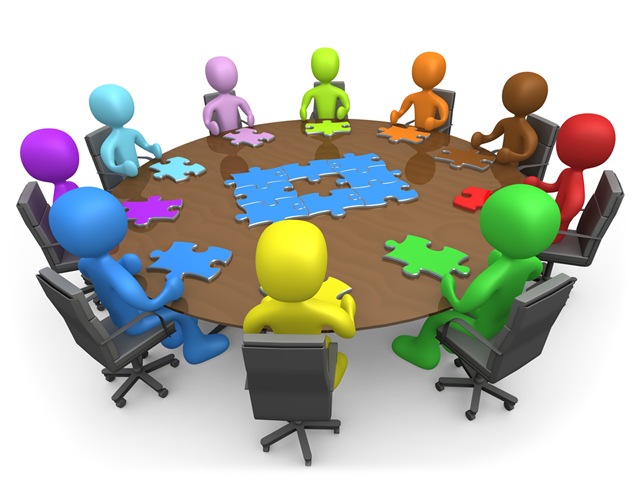 At its March 11 meeting, the Pine Lawn Board of Alderman (8 among 4 wards of 850 people) voted to disband its police department. Pine Lawn will contract with the North County Police Cooperative. This step should be lauded as another example of collaboration among our too many fragments. I submit another approach. If each instance of collaboration is a good thing, a step in the right direction, then even better is collaboration by default.

In defense of our current system, proponents cite the numerous ways cities already collaborate to refute the claim that our 90 municipalities waste resources doing the same things over and over again and don’t leverage economies of scale in staffing and procurement of equipment, supplies, and services.

Mayors Viola Murphy of Cool Valley (elected with 103 votes in 2012) and James McGee of Vinita Park (elected with 275 votes in 2014) read through a laundry list of examples of collaboration among north county munis on St. Louis Public Radio. Chris Krehmeyer, President/CEO, Beyond Housing which has devoted multitudes of time, money, and expertise to helping the 24 municipalities within the Normandy School District in their 24:1 effort, reiterated the point on the Community Builders Network.

Mayors of bigger and wealthier towns cite collaboration too:

We should work in a collaborative manner, instead of proposing things that just will not solve our region’s problems and that would destroy some things that are of real benefit – and that provide the local flavor to living here in the St. Louis area. {Bert Gates former Mayor of Shrewsbury (which is undermining its neighbors and the Affton School District with its Walmart TIF) and board member of Cities Strong – Mayors weigh in on talk of boroughs, merging cities – Webster-Kirkwood Times}

The long list of examples of collaboration is less impressive when you consider that with so many pieces there are thousands if not millions of ways they could collaborate. Is it a detriment to the 28 wards of the City of St. Louis that they can’t form collaboration agreements with each other on road salt purchasing? No, they collaborate by default and can worry about other things.

Our fragmentation crowds out time, money, and expertise that could be devoted to addressing the growing challenges we face, including the regional issues Gates mentions. Just talking about the examples of collaboration crowds out discussing the larger issues as the articles cited above demonstrate.

Each collaboration can be a painstaking process distracting from something else. No doubt each one was a hard fought triumph. Triumph over what? The incentive structure embedded in a fragmented system that discourages it.

Instead of hammering out a road salt collaboration contract with neighboring munis, one town could devote resources to professional planning to create a vision with citizens for more productive development patterns within the town to help its tax base. Instead of spending twice as much per capita than Chesterfield on city attorneys, the 24:1 cities could hire an economic development professional to attract developers and cultivate assets within to carry out the vision of said plan. And so on.

Another domino fell last week. The pace is much too slow for people suffering under our fragmented system. We owe them and future generations better. Mounting regional issues don’t care about a salt contract. Through collaboration by default, also known as consolidation, our local governments can deliver better services, the basics, and devote attention to the larger issues that our fragments cannot address.