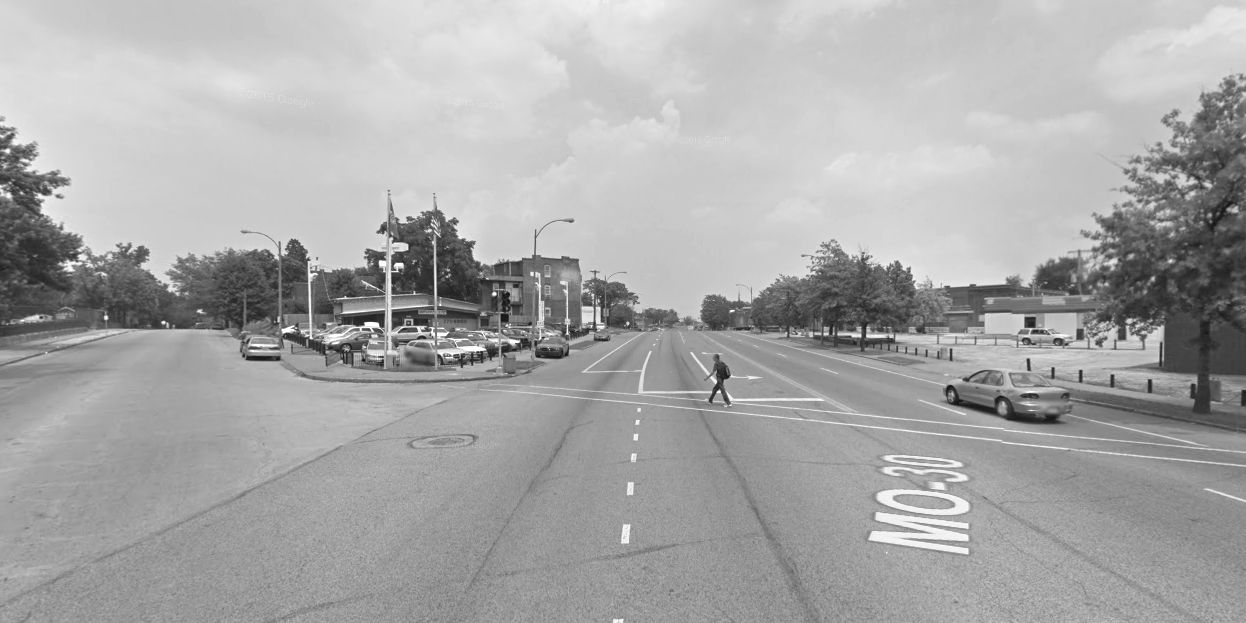 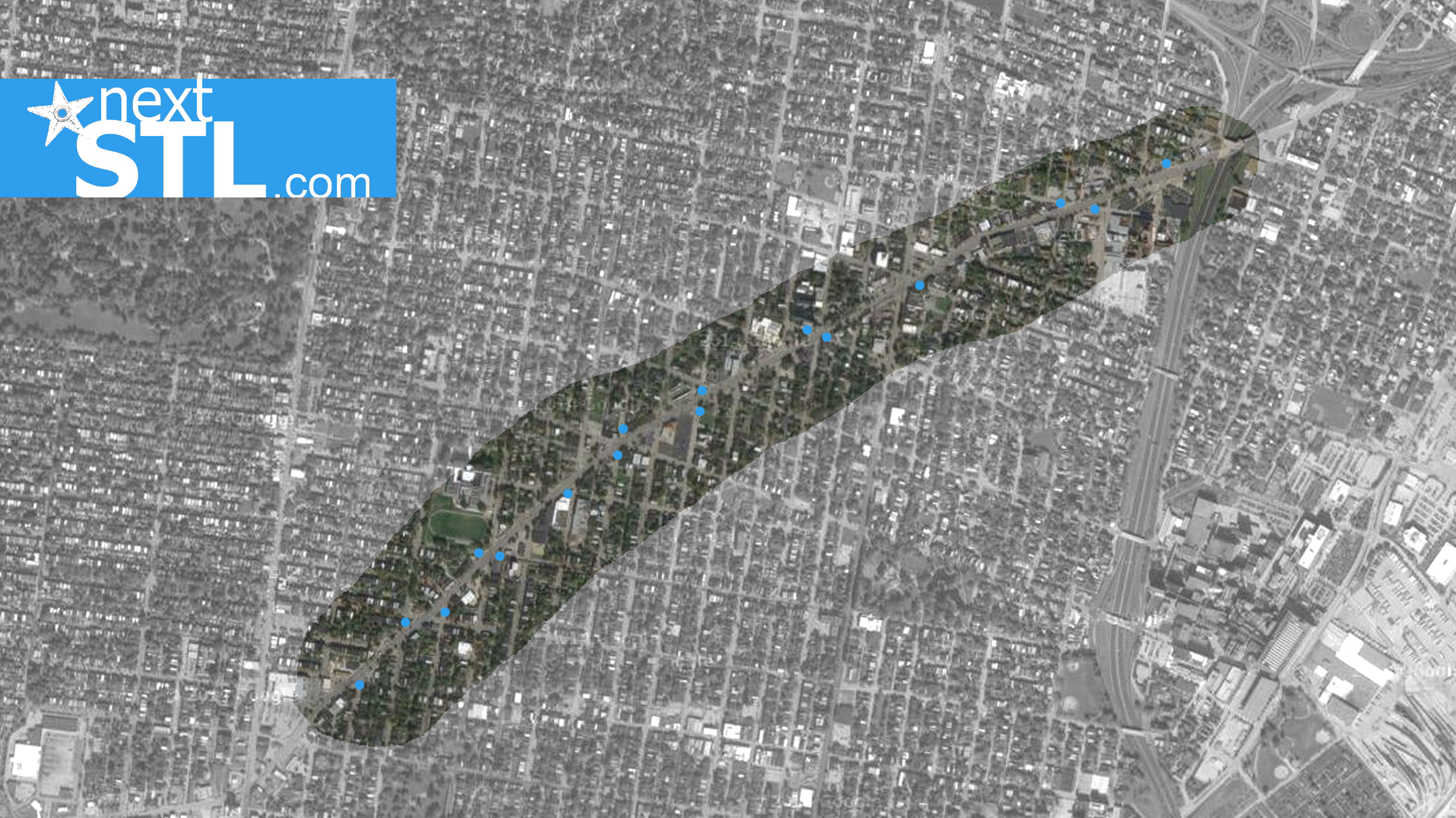 This year something amazing happened in a corner of St. Louis City bisected by a state-managed arterial stroad. Residents spoke up about a plan to close segments of 16 city streets. But they didn’t just rant on social media, they organized, planned, and produced an alternative plan incorporating systematic public input.

Organized as the Greater Gravois Initiative, the group focused on the idea that Gravois Avenue is more than Missouri State Route 30 and a way to move traffic through their neighborhoods. The path is also a place, too often an uninviting place for any use other than driving.

A MoDOT plan to remake Gravois focused on removing perceived impediments to the free flow of traffic. This is typically labeled as an “improvement” without anyone pausing to ask “for whom”? The plan sought to close segments of 16 city streets to reduce the number of streets converging on intersections. Closing certain street segments would have decreased the number of traffic signals to replace, and therefore decrease the project’s cost.

Our take in April was that any closures should require a deliberate and public process. This has been provided by the GGI effort. The initial public outcry at plan led to a delay in the project. A final plan by MoDOT is expected soon.

While the public process was not always as friendly and cordial as some may prefer, GGI and interested residents found a willing listener in both MoDOT and the City of St. Louis Streets Department. As a result of the collaborative effort, a better plan is set to emerge.

The detailed plan remains with MoDOT, but we’re optimistic that most streets will remain open, with closures only at specific small triangle sites. We expect lane reductions from six to four, and perhaps four to two, with a center turn lane, along parts of Gravois. Added bumpouts and other basic infrastructure is likely as a tool to slow traffic and provide safer space for other street users. 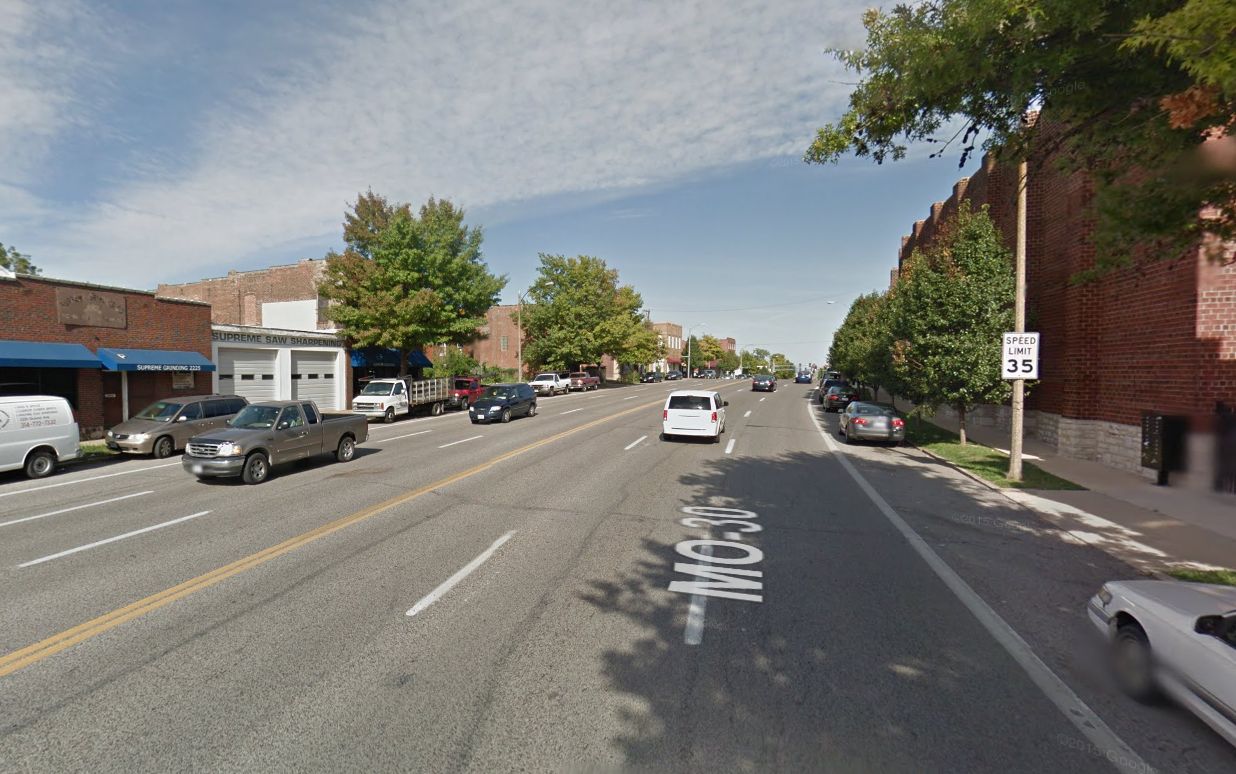 Gravois has the potential to be a true multi-use path connecting many south side neighborhoods. Including protected bike lanes as part of the project, there’s plenty of room, would be a great statement by the department of transportation and city that all modes of transportation are valued. A city street that works for everyone is also one that attracts new development and is economically sustainable.

In the end, the GGI effort has incredibly effective at creating a forum for those who care about their neighborhoods and city to help plan its future. Almost regardless of the final plan, the process is set to produce results. There’s some consensus that a business district be created, and other issues such as safety and lighting be addressed.

Below is the final Phase I planned produced by the grassroots public planning effort:

Phase I for a Greater Gravois
The Greater Gravois Initiative (GGI) is a grassroots movement of neighbors, businesses, and leaders seeking to improve walkability, bikeability, and transit access on Gravois. The public engagement process for making Gravois Great started in April of 2015 with a petition gathering support for a more bike and pedestrian friendly corridor. One hundred and ten people signed our change.org petition, 112 responded to an online survey, and 150 people attended public meetings where a community vision for the corridor was developed. Through these meetings, surveys, and conversations, a vision for the Gravois Corridor has developed.

Priorities for intersections along Gravois

City residents love the grid, connectivity, and interconnected neighborhoods. Based on community feedback, GGI found that closing off these connections is not popular. There was agreement that the diagonal layout of Gravois, along with it being wider than necessary for its use, makes for many dangerous intersections for vehicles, pedestrians, and cyclists. There were some instances that residents felt might make sense to close a road, namely, one side of the small “triangle” intersections. (A side note: The triangle intersections could be an opportune place for public art, neighborhood entrance features, additional green space, or could be given to adjacent landowners.)

Other proposals to close streets were not favored by residents. In almost all cases, residents wanted to see the distance that pedestrians needed to cross at intersections to be shortened by bump outs and/or pedestrian refuges. The MODOT proposed improvements for pedestrians were all well received and residents had suggestions for other places to see these improvements. The consensus at the meeting was that the vehicular travel speed along Gravois needs to be reduced by a change in design of the roadway.

As additional funds become available, below is a list of priority intersections for improvements such as curb extensions and pedestrian islands:

Future Steps
The coordination of details for implementation, maintenance, and finding additional funding for all the proposed designs will have to involve a special district that is yet to be formed. Exploration into the feasibility of this is ongoing. 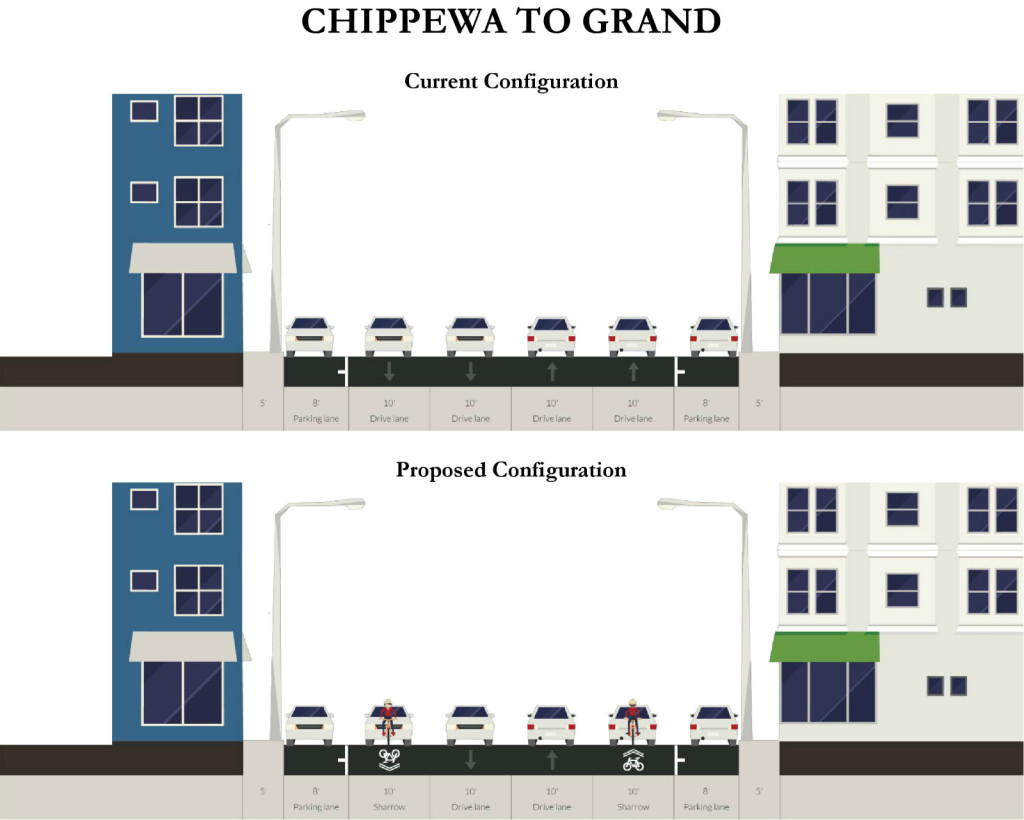 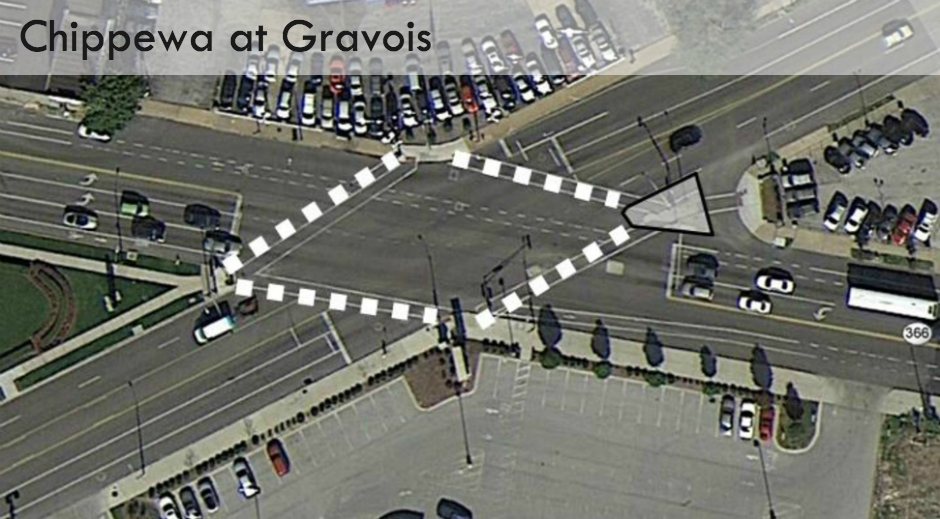 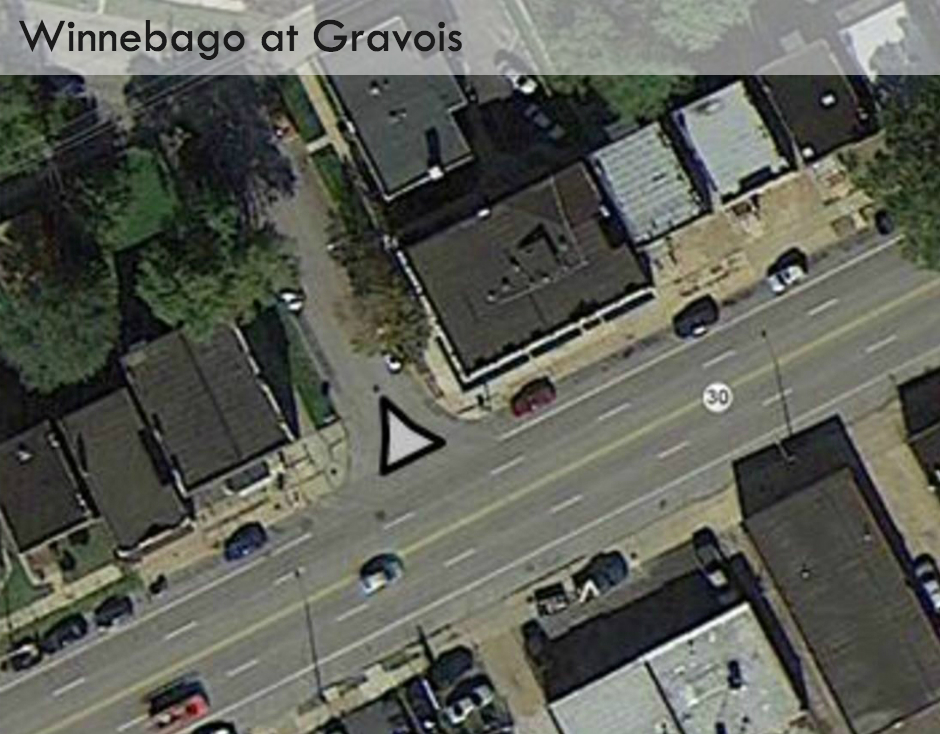 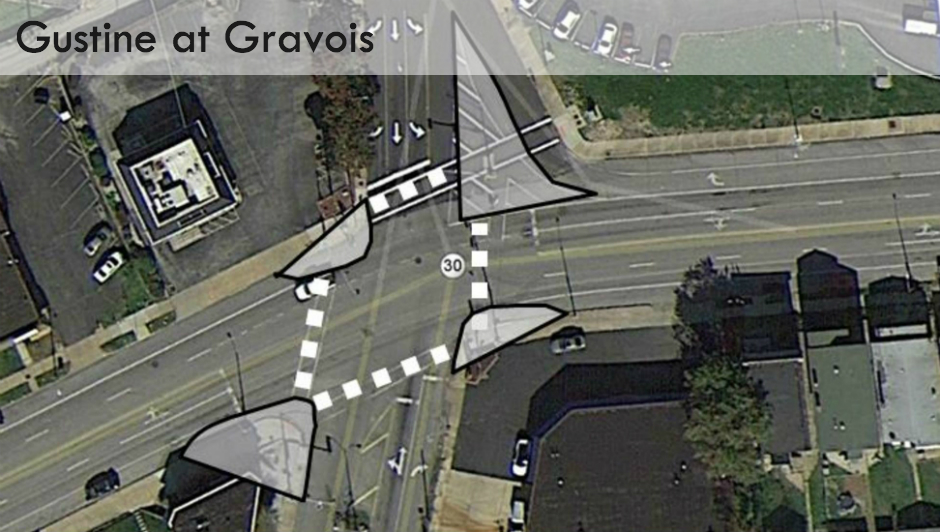 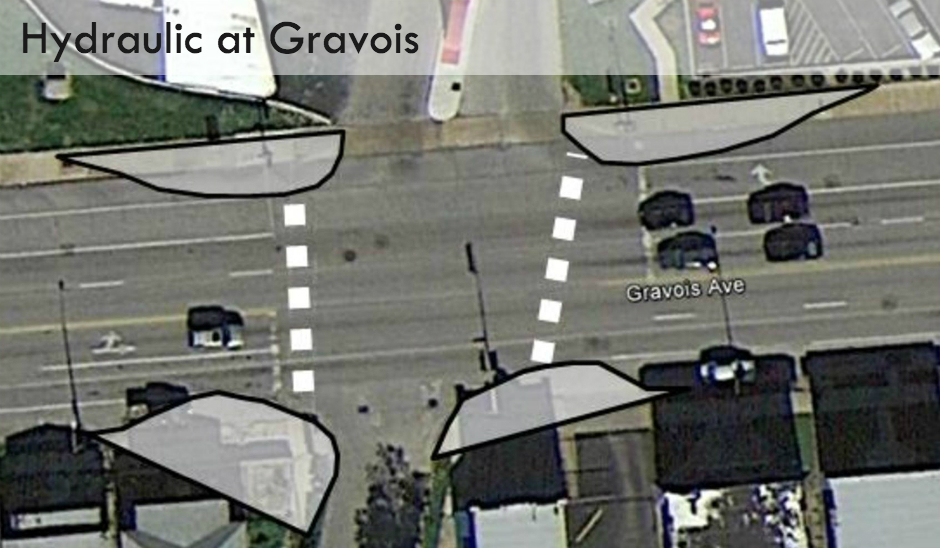 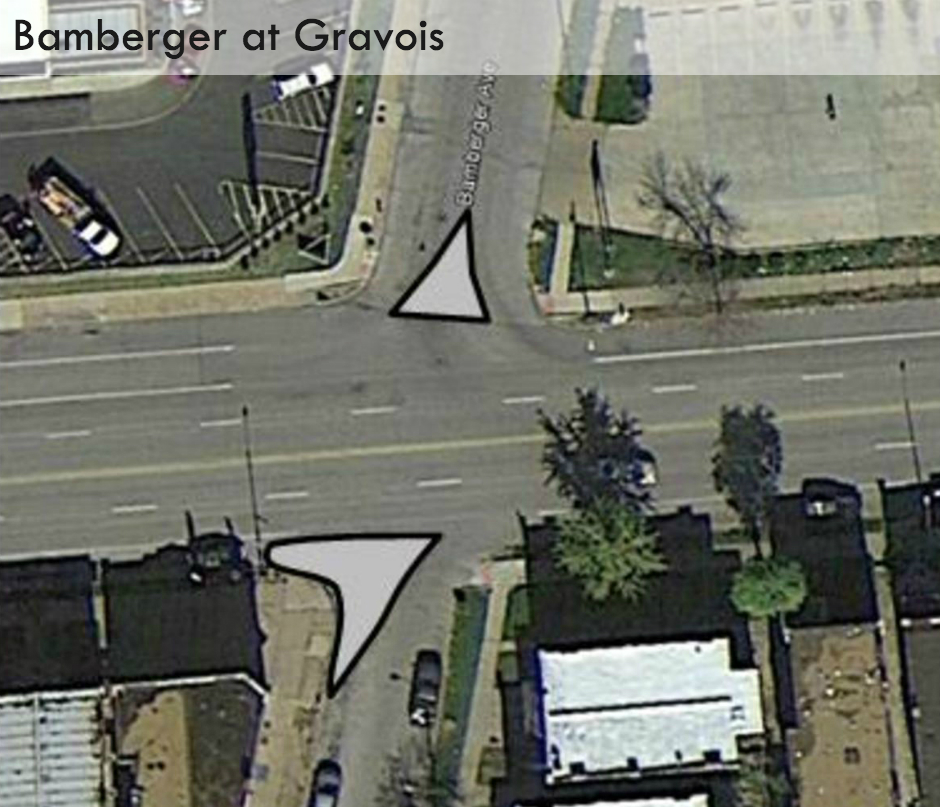 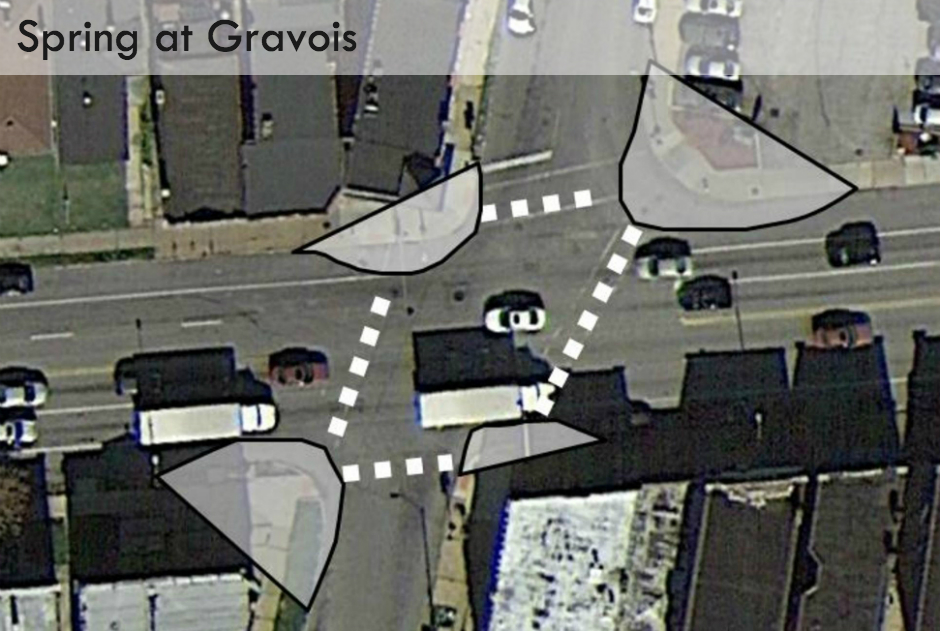 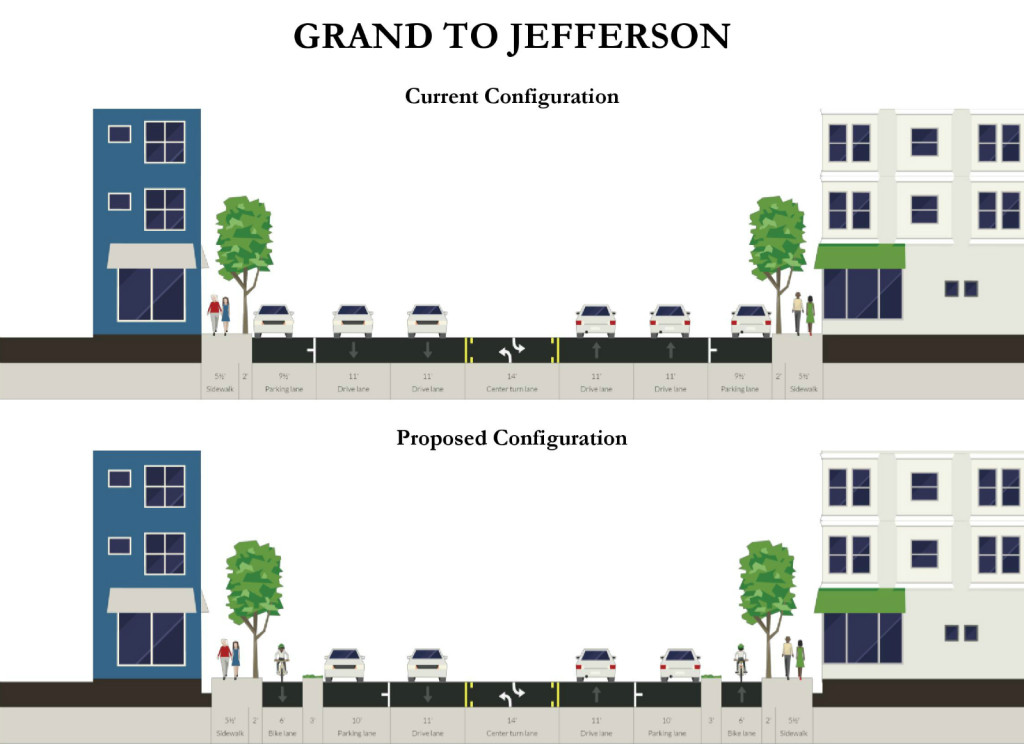 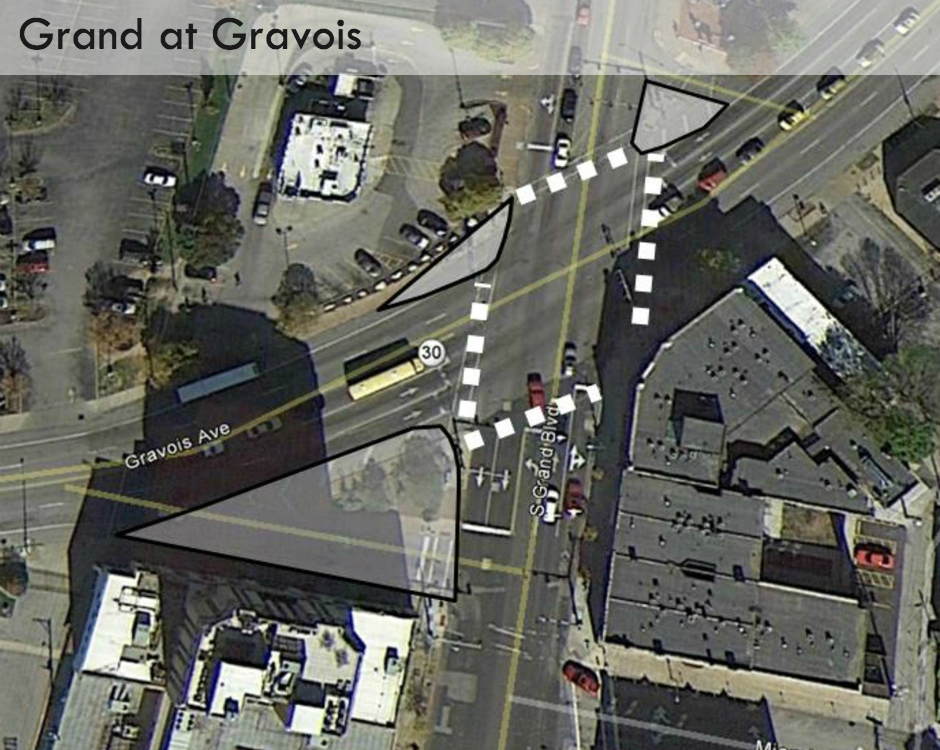 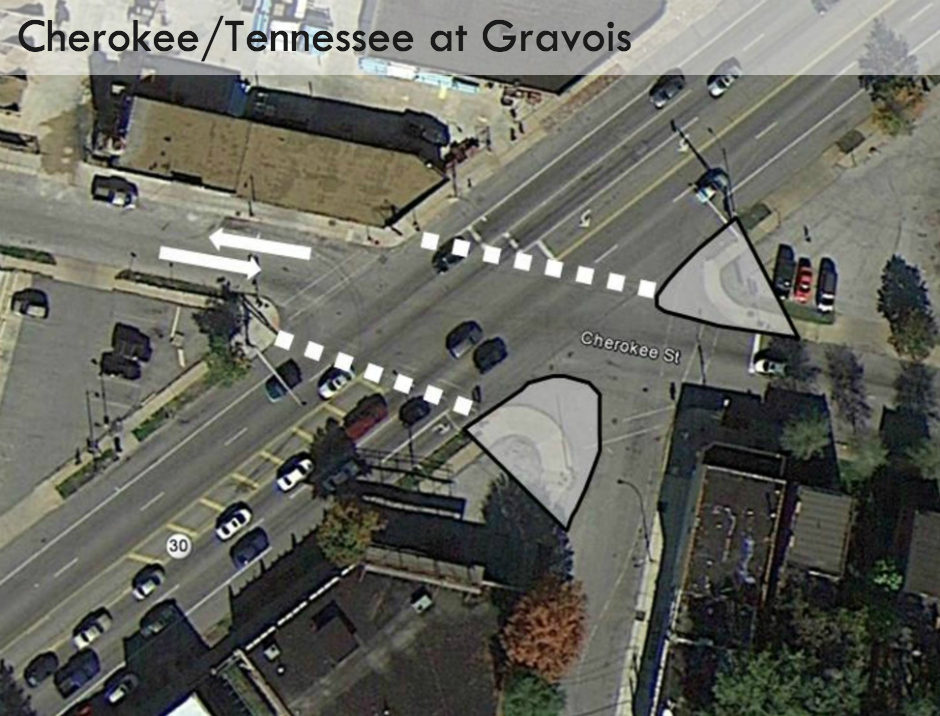 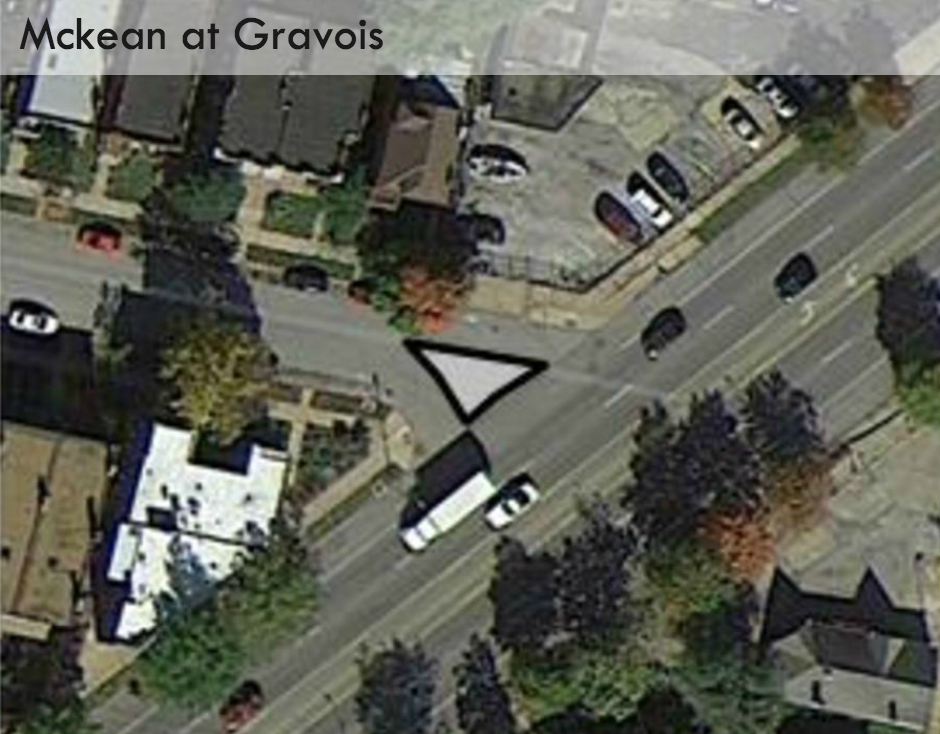 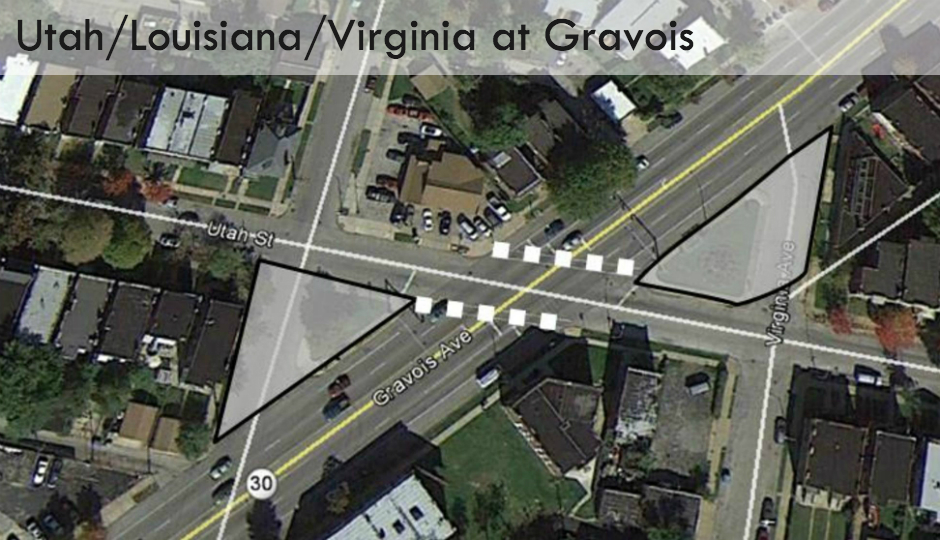 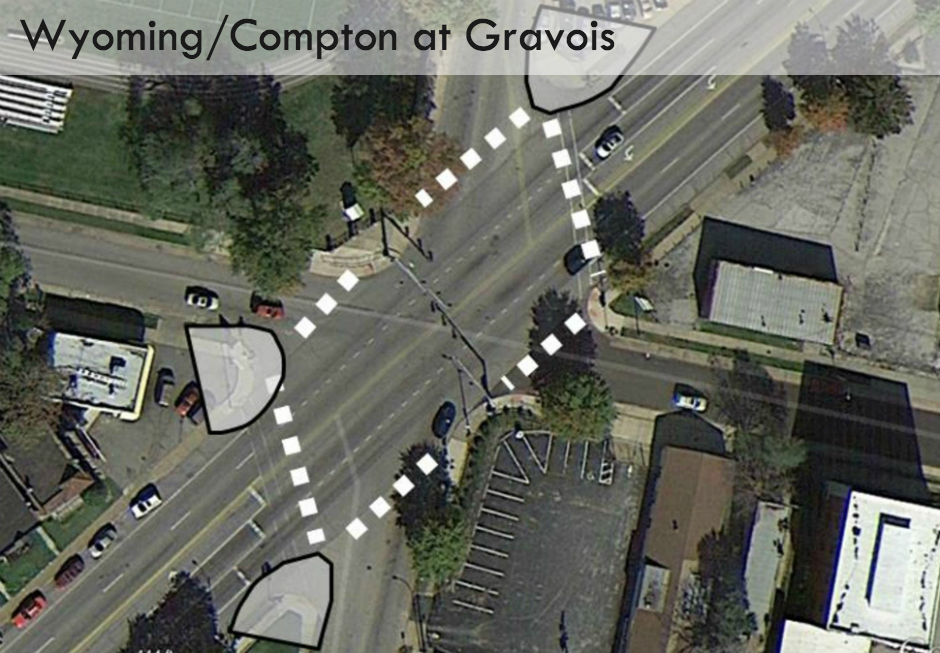 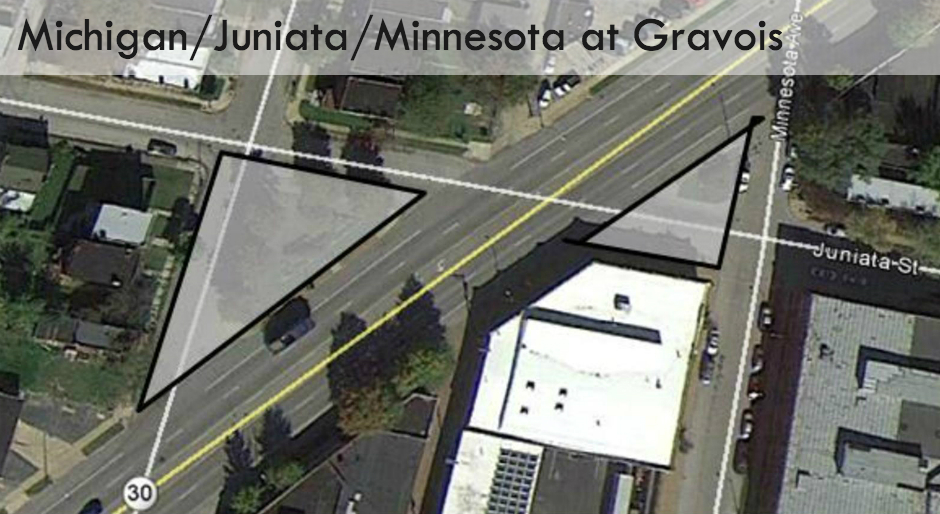 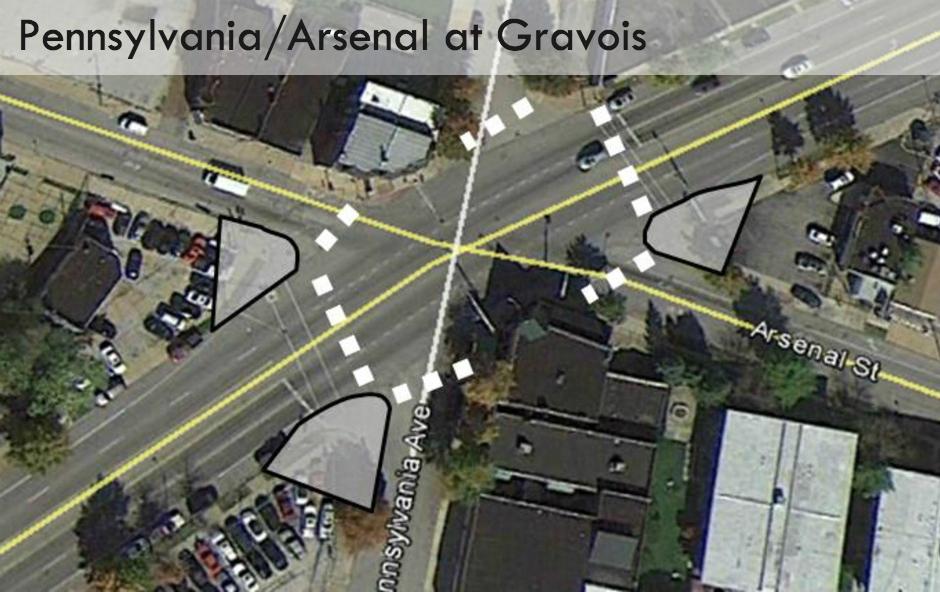 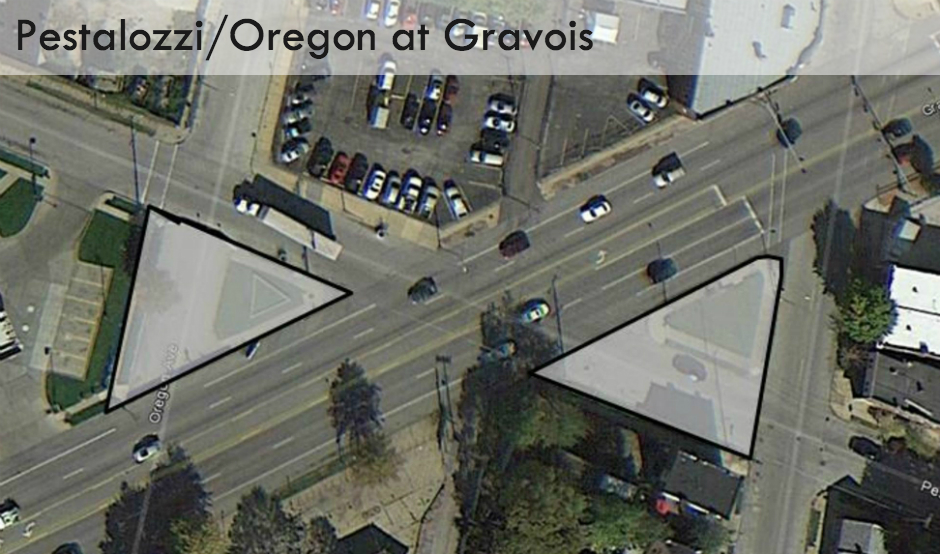 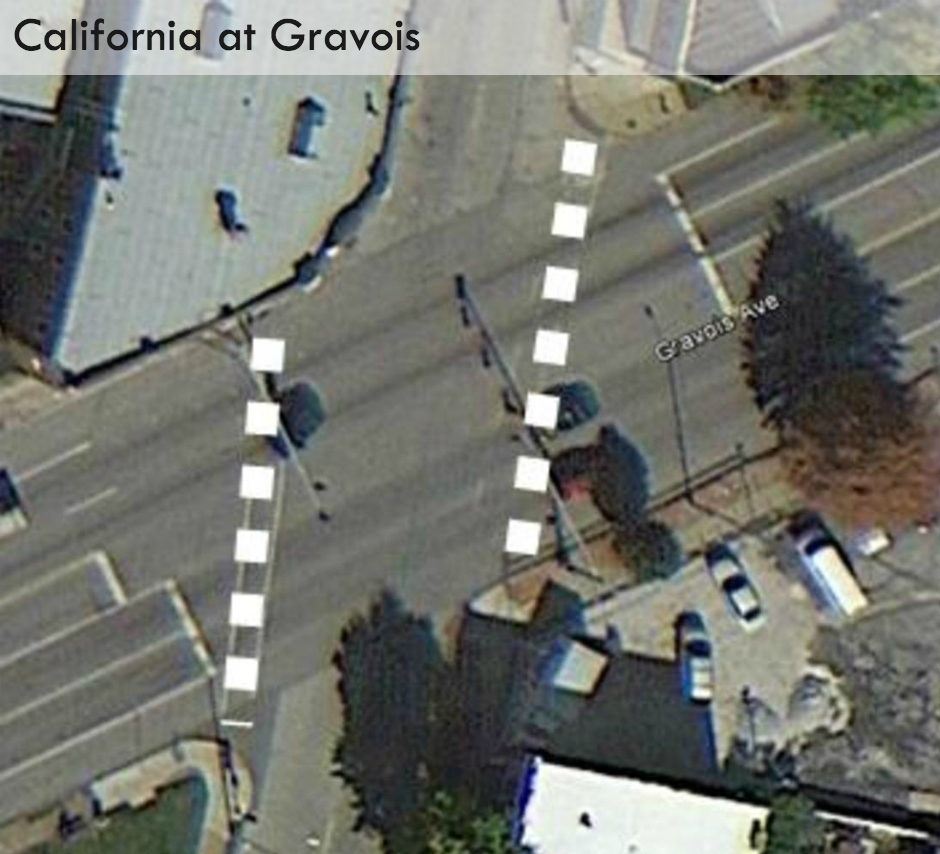 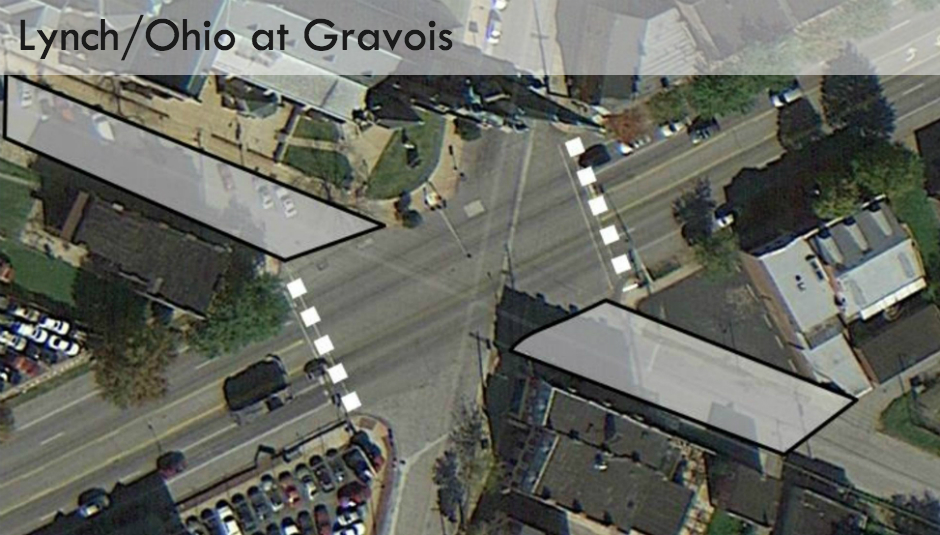 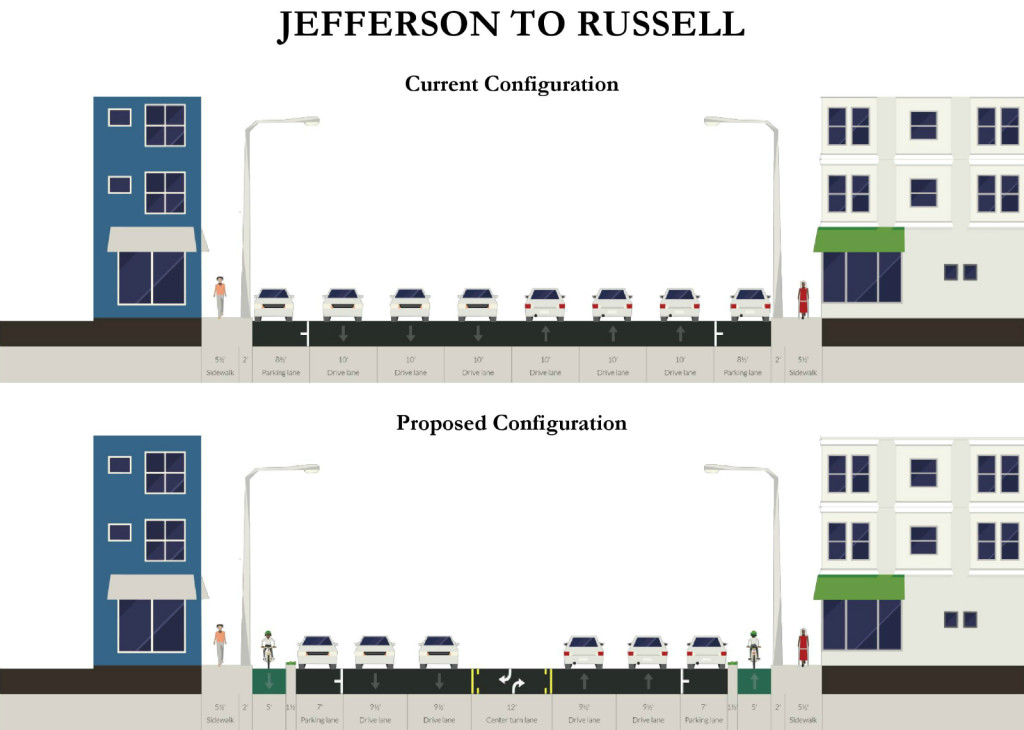 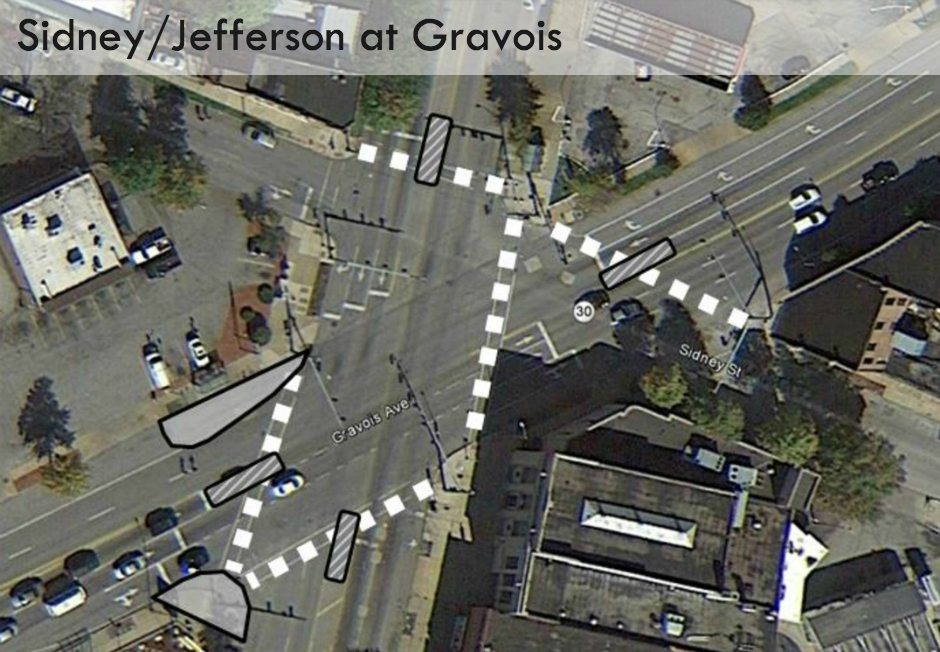 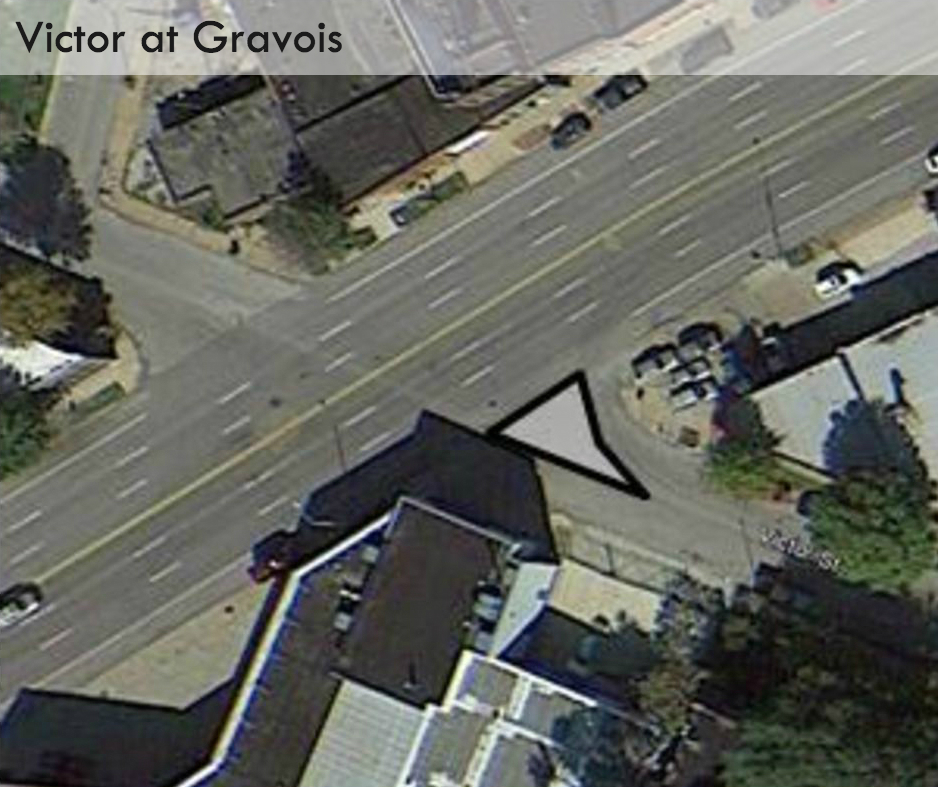 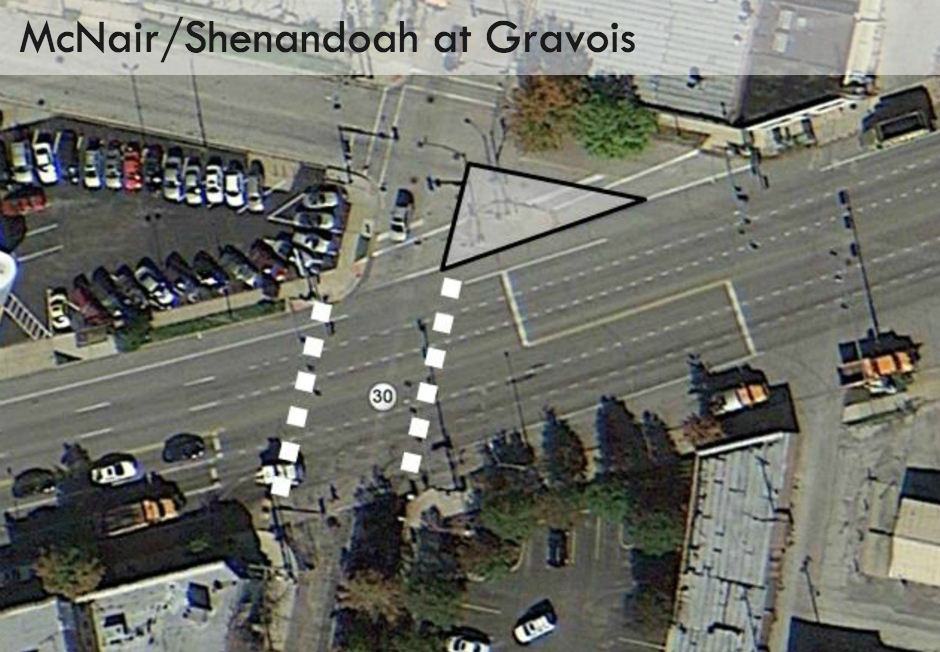 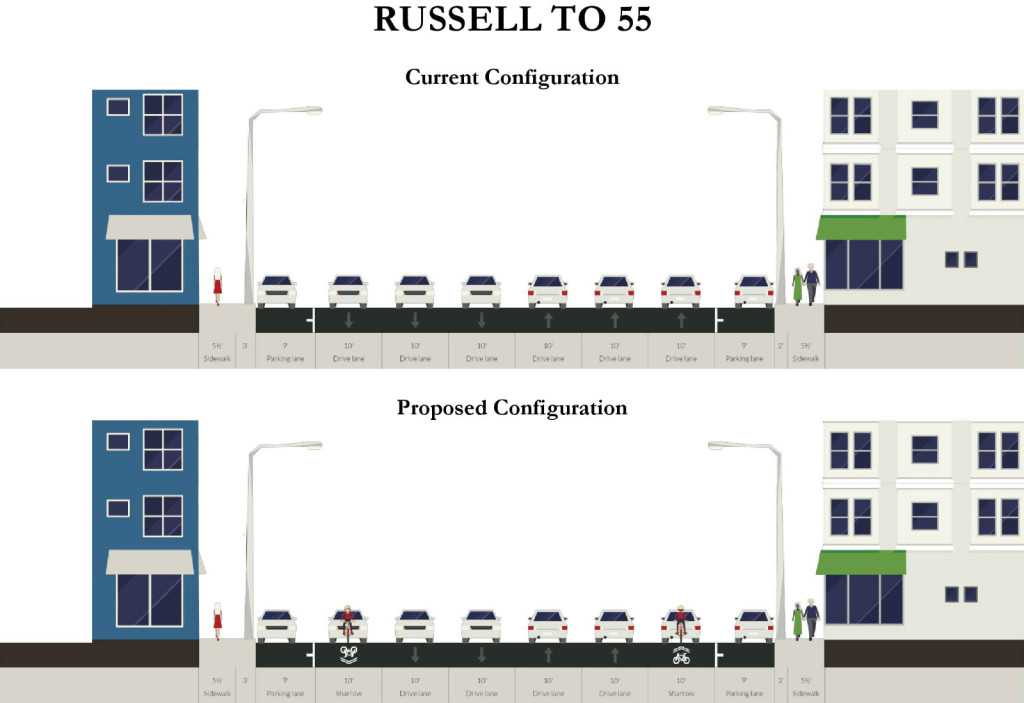