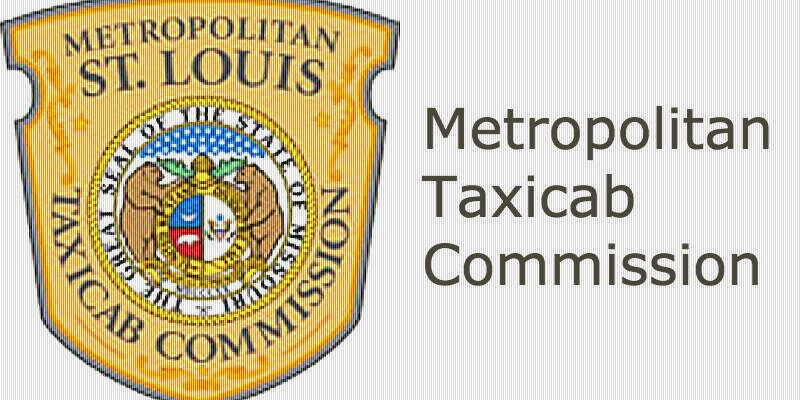 On July 2, I submitted a sunshine request for all complaints and comments submitted to the St. Louis Metropolitan Taxicab Commission (MTC) from drivers and passengers in the last 18 months. After a lengthy back-and-forth, they have responded requiring a $350 deposit to process approximately 120 discovered complaints.

Before 2003, St. Louis City and County taxicab companies and their employees were not subjected to consistent safety regulation and enforcement, and customers did not have a single point of contact to report complaints or comments. The Missouri Legislature established the MTC as a fix to this problem.

We want to be clear on MTC’s role. Not run/owned by cab companies. All commissioners are volunteers. Public interest first #StayTunedSTL

As the MTC tweeted, they serve the public interest first. One way is by acting as that central comment and complaint collection point. In the light of the current Uber-X debate, these comments are important. It begs the question:

What complaints or comments have been submitted to the MTC?

The MTC will have a role in policing and enforcing vehicle-for-hire and technology-network-companies long after Uber-X is decided. The public has a role in holding the MTC accountable as a regulatory body, and it can do that by requesting documents such as these.

The MTC is often criticized for its sometimes archaic systems, such as only accepting paper public comments as it considers approving Uber-X operating in St. Louis city-county. It also has been slow to respond to sunshine requests, which is likely due to the time it takes to collect and review physical documents, as evident by the month it has taken to process my request. KMOX has had similar difficulties.

“I think that hoping these [sunshine requests] go away.. they don’t. And people will continue to seek these kind of documents. It’s better to come up with a really easy protocol to just do them quickly. It restores credibility.” — attorney and KMOX talk show host Jane Dueker.

These documents are important for continuing the dialogue on:

The MTC has said that is has no mechanism or code that requires cab companies to report an accident involving a taxicab to the comission. Ed Domain’s 2013 accident highlights everything that can go wrong in a taxi ride and how the aftermath is handled.

The first step in knowing if other stories of unacceptable service or taxicab accidents exist is to review the complaints themselves.

To help accomplish this, I am crowdfunding the $350 processing fee MTC is requiring to make public all formal complaints and comments submitted to the MTC during the last 18 months. I submitted my sunshine request using a service called Muckrock, which has a built in crowdfunding feature for fees like the one the MTC has demanded.

The complaints may turn up expected tales of rude drivers, missed pickups, and similar inconveniences. They could also reveal more serious situations such as driver and passenger discrimination.

Just last week in New York City, a proposed $25,000 human rights discrimination fine was announced against a taxi driver after he refused service to a black family of three, and instead, he picked up two white women nearby.

That family initially submitted a complaint to the New York Taxi and Limousine Commission, which fined him $200 in 2013 for violating its rules in the case.

“The ruling exposed a disparity in the potential penalties wielded by the rights commission and the taxi commission, whose fines are generally limited to several hundred dollars. The judge’s decision was possible only because Ms. Jordan made the less common decision to pursue the human rights claim after filing a complaint with the taxi commission.” — NYTimes Article

Reviewing these complaints publicly will offer another level of review ensuring codes and their enforcement adequately prevent unsafe, discriminatory, and other unacceptable practices against drivers and passengers from vehicle-for-hire companies and also transportation-network-companies (Uber/Lyft), once they operate in St. Louis.

It’s important to note that the ~120 comments and complaints discovered from this sunshine request were submitted to the MTC, not individual cab companies. If you had a bad experience in the last 18 months and contacted the cab company to complain, that comment would not fall under this request. Individual cab companies are not subjected to open records laws like the MTC is.

If you’d like to see these documents released to the public, consider contributing anything from $5, to the full $402 (includes Muckrock’s fee). The documents will be posted on Muckrock and available to everyone as soon as they’re recieved. Any support is appreciated, and we all benefit from a more transparent MTC.