Last time I examined a cool spot on the heat map of assessed value per acre in south St. Louis. Another cool area that stands out are the mansions on Lindell across from Forest Park. These are among the most valuable homes in the city. They are architectural gems, but are they pulling their weight? Let’s go to the land of cement ponds and movie stars. Let’s do the math! 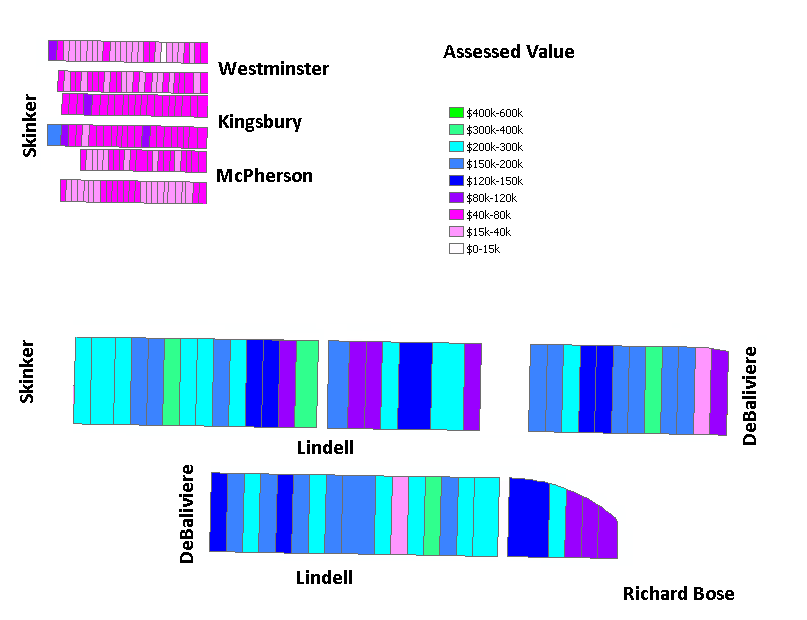 As a comparison I’ll use the fine homes of the 6100 blocks of McPherson, Kingsbury, and Westminster in the Skinker DeBaliviere neighborhood. They cover 15.54 acres with total assessed value of $6,431,630 or $46,946 per parcel. 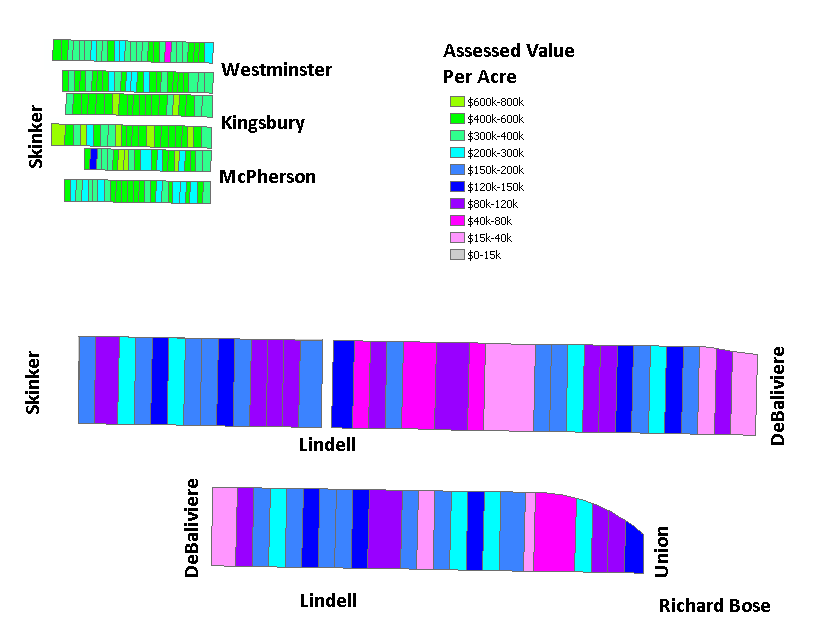 For the question of which land use is more efficient, assessed value per parcel is akin to using miles per tank when evaluating automobile fuel efficiency. For vehicles we use miles per gallon as the important metric in comparing efficiency. For a city bound by its borders, especially so for one that can’t annex, the resource used is land. For the Lindell mansions the assessed value per acre is $139,674. For the homes on the 6100 blocks of SD, it is $413,958 per acre. That’s almost three times more than Lindell group. 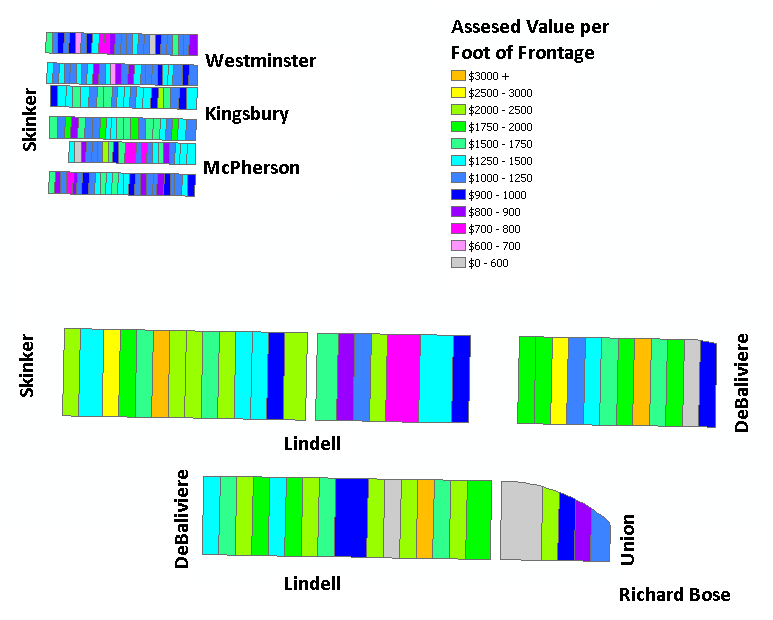 No doubt on a per household basis the very valuable mansions on Lindell outshine those on the 6100 blocks of Skinker DeBaliviere, but evaluating them using different metrics reveals there’s more to consider than what meets the eye.