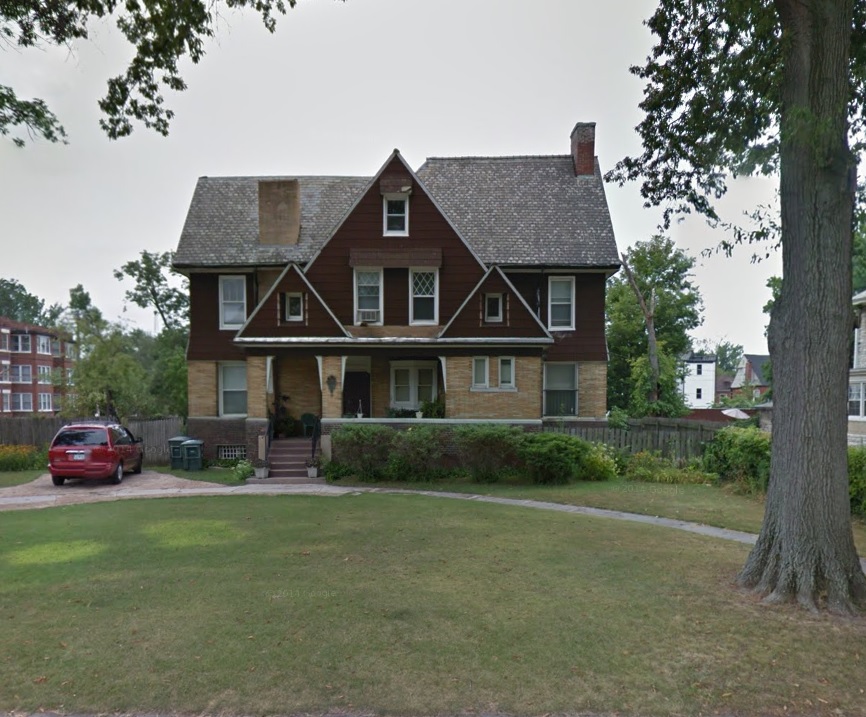 A long-neglected mansion in the (North Side neighborhood of) West End may soon see a $250,000 rehab. The home located at 5900 West Cabanne Place now has a building permit application on file in that amount. That permit has not yet been issued.

Below is a Google Streetview capture of the home: West Cabanne Place was once a private place on the western edge of the City. Its lavish homes include a style rarely represented in St. Louis, or even in the Midwest in general — Shingle style. Once seen as a premiere suburb of the more urbanized city to the east, the West End had started to decline as newer suburbs were built to the west in the post-War period. West Cabanne Place remains a delightful street within the West End, but has shown some signs of wear. Still, with a few more rehabs such as this one, it may shine fully once more.