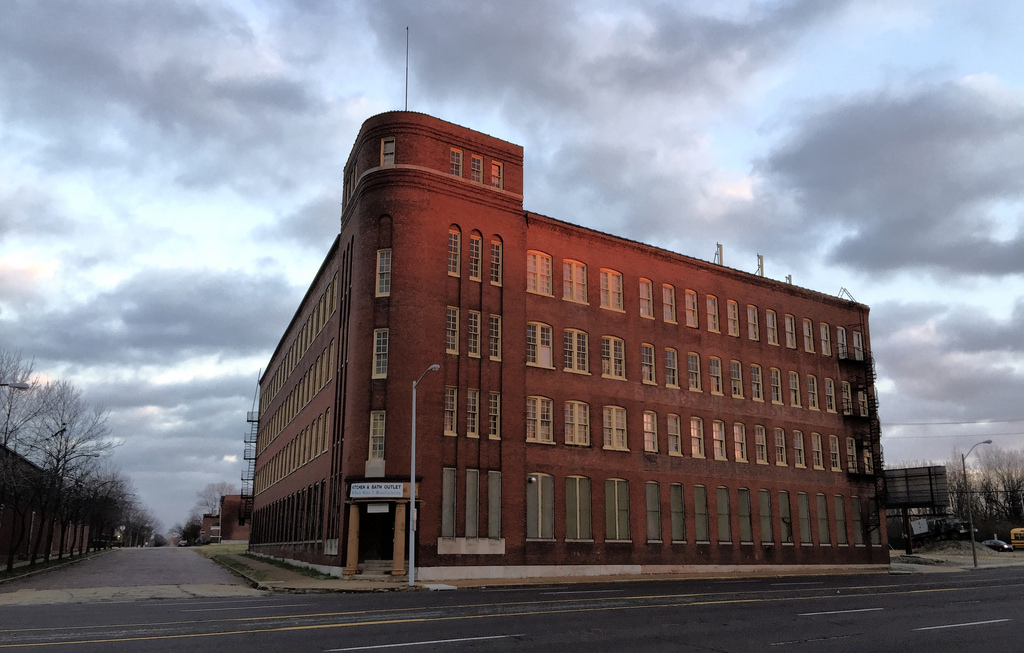 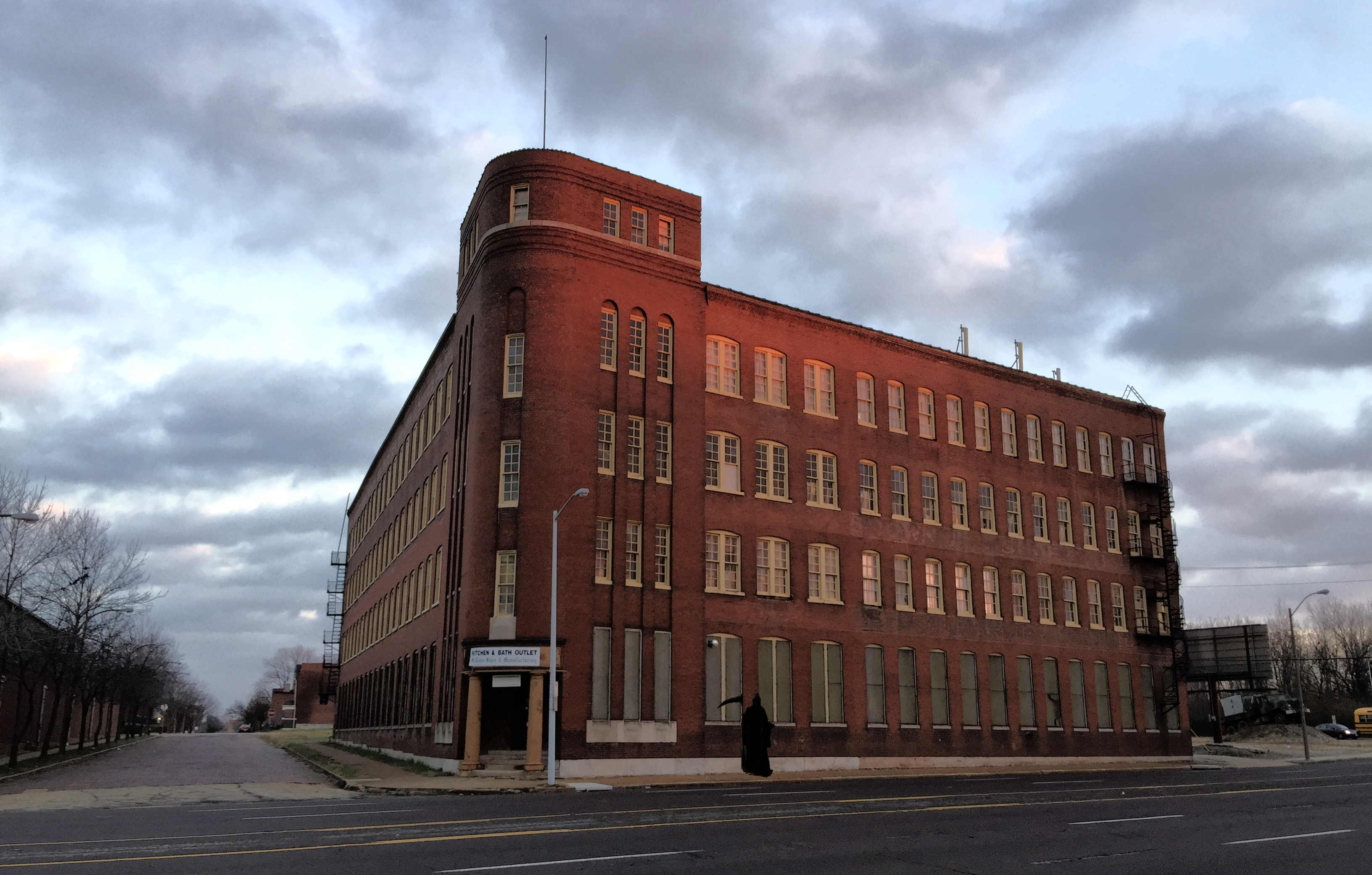 The NGA is going to move from its facility near the south riverfront. Of the proposed sites, one is in the city. The Northside NGA site is 136 acres north of Cass Avenue and the Pruitt-Igoe site. The city would vacate streets (except for Cass presumably) and alleys and no longer have to provide maintenance or services. The city would pay $8-10M for property acquisitions and use eminent domain where necessary. It’s unclear whether the Federal Government would buy or be given the city-owned land. Another $25M in infrastructure improvements surrounding the site were floated as being a part of a general obligation bond issue which has stalled in the BoA.

The jobs there would produce $2.4M annually in earnings taxes. Remember though that the earnings tax is under threat every five years. That revenue would go to zero if repeal ever were to pass. Since the facility would be owned by the Federal Government it would generate no property taxes. So the site would produce $17,647 per acre in earnings taxes which would track with salaries and staffing levels. The city would save money on the vacated infrastructure. 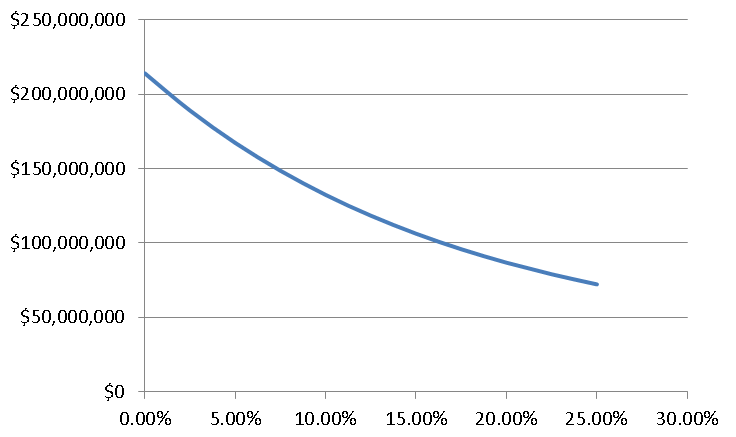 The current conditions are dire. The area is mostly vacant. The part north of Cass produces $64.686 in property taxes (if NorthSide developer Paul McKee actually paid them) on 72 acres or $902/acre. Dollar-wise, compared to the present, the NGA moving there would be a home run. 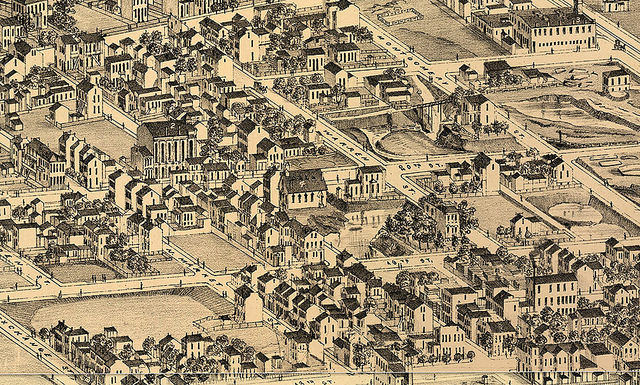 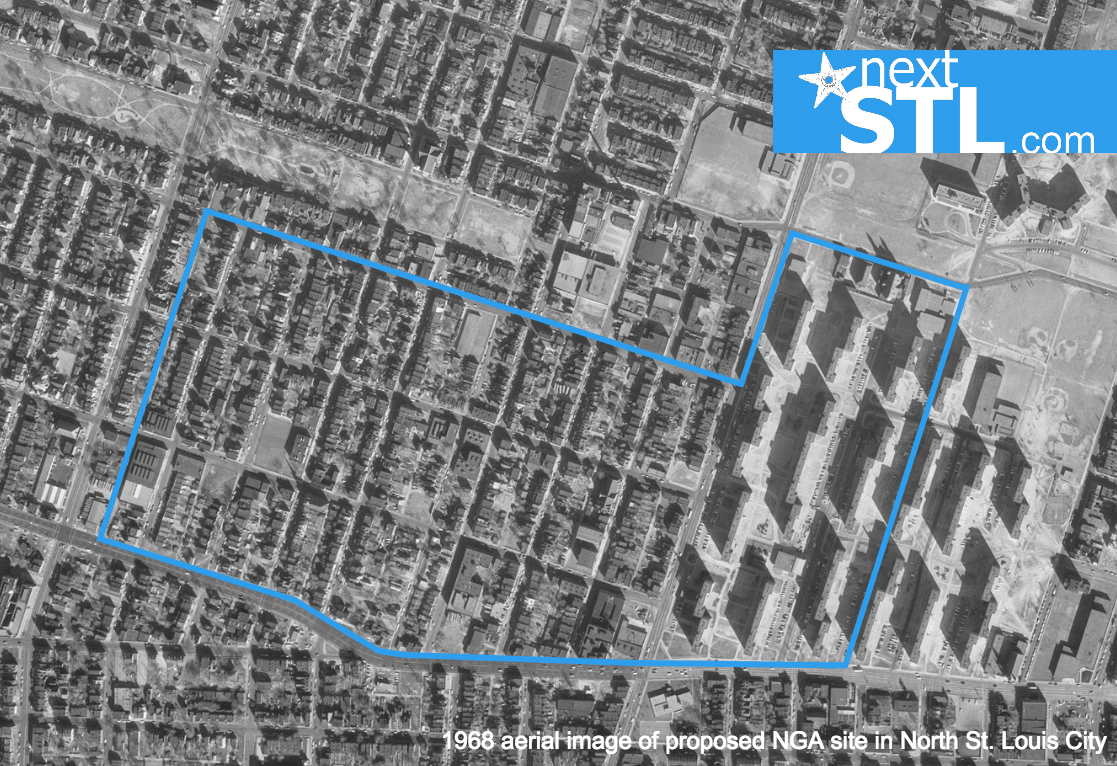 But we know what used to be there- “city.” Let’s take a look at a block off Grand to see what could be. I’ll use the block bounded by Grand, Connecticut, Spring, and Wyoming. It generates $98,500 in property taxes on 6 acres or $16,436/acre. If I take out the church on Wyoming, it’s $17,810. The block also produces undisclosed sales and earnings taxes. A less prosperous block is bounded by Cherokee, Ohio, Utah, Texas at $7,500/acre. And an all-star is Metro Lofts on Forest Park Avenue at Euclid at $169,500/acre. As far as neighborhood vibrancy goes, these are infinitely higher than the proposed NGA facility offers.

To create a neighborhood like South Grand at the NGA site would take a generation, as it took when it was developed in the first place. It may never happen so long as the region continues its slow growth and keeps undermining already built areas with state and federal infrastructure subsidies on the edges of the region. 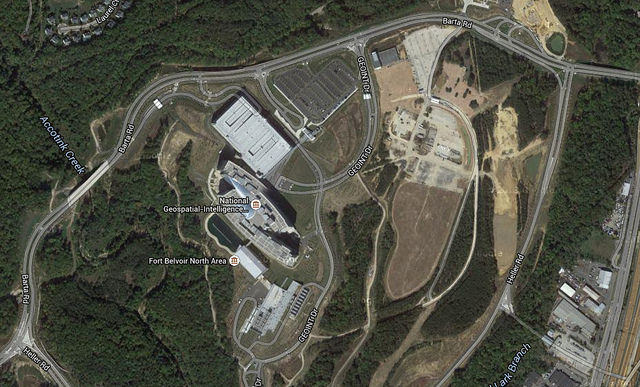 The hope by some is that the NGA coming will be a catalyst for development (and help bail out McKee) in the surrounding areas, though there is no evidence of that around its Springfield, Virginia headwaters, where approximately 10,000 employees are housed. In fact, there’s no real evidence of that around the current NGA facility in St. Louis. The new facility would have an on-site cafeteria. The NGA will also likely oppose any tall buildings around its perimeter. Can, or would, they institute a forgivable loan program for employees to buy homes in surrounding neighborhoods like Washington University does?

The Federal Government’s track record at city building is abysmal. It funded most of the highways and slum clearances. It funded the housing project towers few of which lasted more than a generation. It was the original redliner. Instead of fixing up historic housing, this crap was built. All orderly, but dumb things accomplished thanks to a top-down approach. 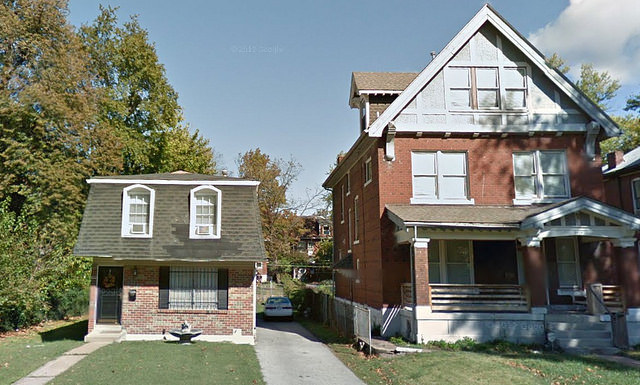 Recently, the Veteran’s Administration decided to move 800 jobs from downtown to Overland, in contrast to the White Houses’ supposed concern for cities. Instead of fighting to keep them, we’re told to think regionally and suck it up. Whereas with the NGA we’re supposed to sacrifice 100 acres of potential city and thank them for it.

Since the site will be tax-exempt, the biggest loser will be the struggling St. Louis Public Schools. 57.6% of property taxes goes to the SLPS. Whenever we trade property taxes for sales and earnings taxes the schools lose. Or the rest of us have to make up the difference. (Same goes for the Zoo-Museum District)

It boils down to what kind of city we want. Do we want the big, sooner-rather-than-later solution? In a city that can’t add land area, is this worth the sacrifice? Instead of low density development patterns, shouldn’t we be trying to build “city” there? That’s the only way we can afford all the infrastructure and services we expect.