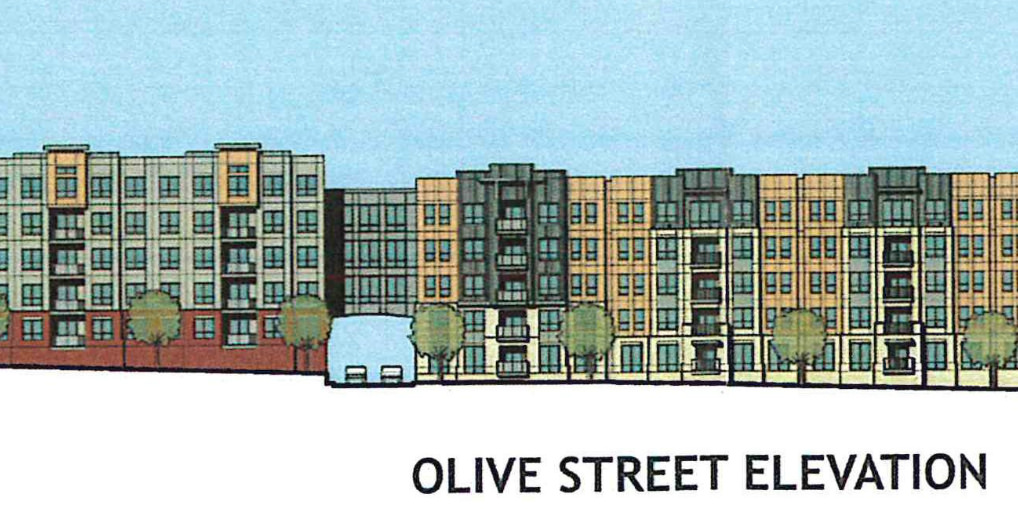 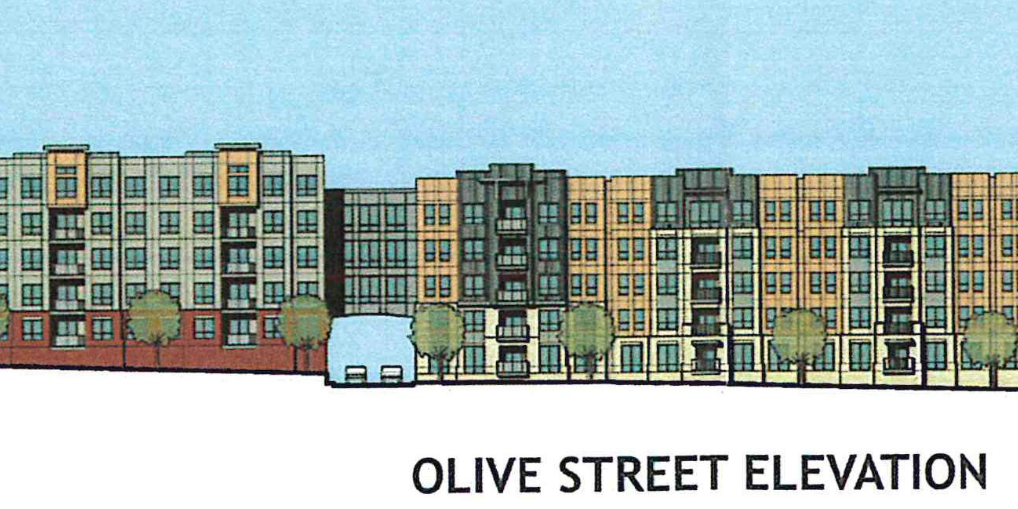 In September we learned that a 179-unit apartment building was being planned for Olive Street and Spring Avenue near Saint Louis University in St. Louis City’s Covenant Blu/Grand Center neighborhood. We have now learned more details about the project and have a first look at the building’s design.

The five-story, 179-unit building will stretch nearly three-fourths the length of Olive Street. The project, listed as “student housing” has a majority of units planned as four-bedroom, giving a total of 587 beds. A six-story parking garage will be wrapped by the building and provide 450 parking spaces.

The nearly 275Ksf building will have 17 1br, 28 2br, 22 3br, and 112 4br apartments and be marketed to students with leasing per bedroom. Designed by Niles Bolton Associates and developed by Peak Campus Development out of Atlanta, Georgia. Peak Campus Management acquired the management contract for the Lindell Strip (Coronado Place, Moolah Place, and Lindell Towers, partially visible in the photo above) in June 2013. The Olive apartments would be just a half block north of those properties. 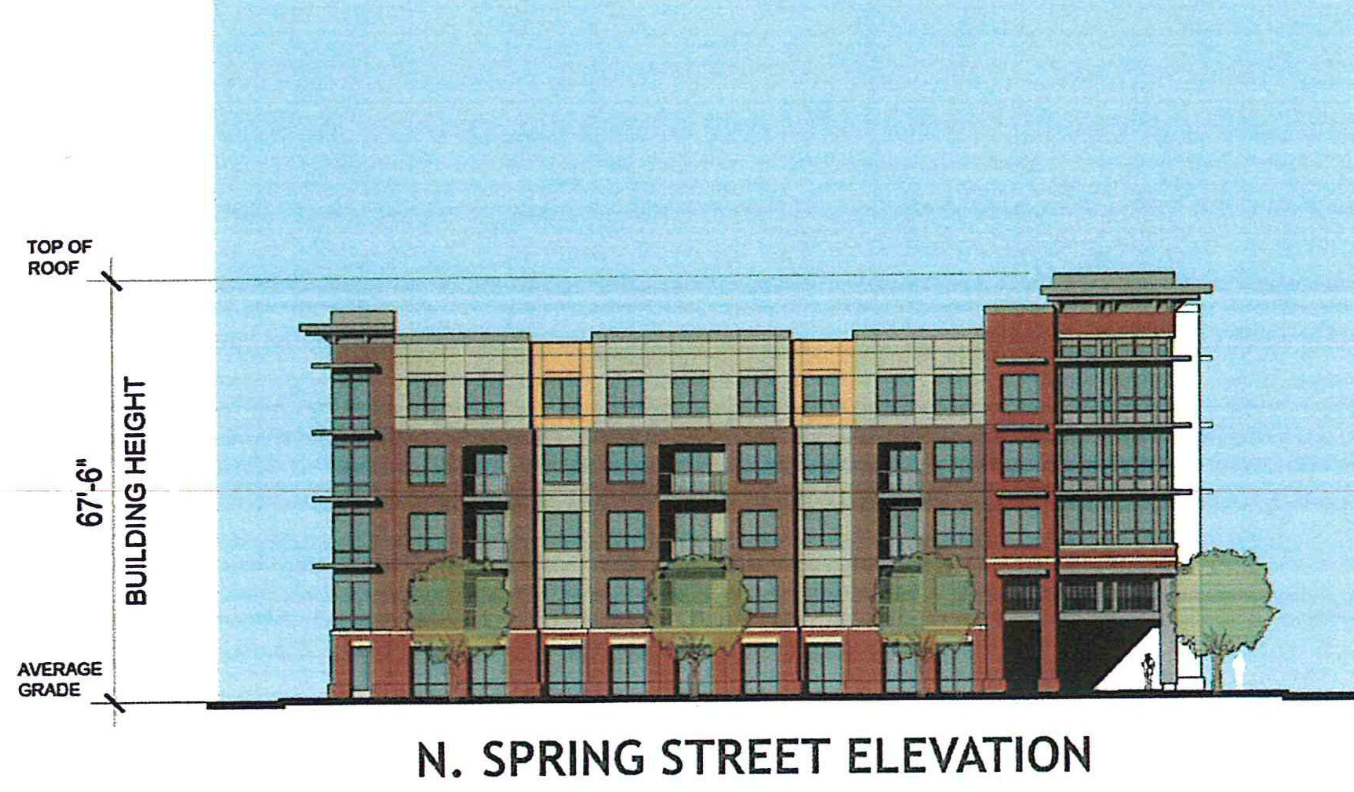 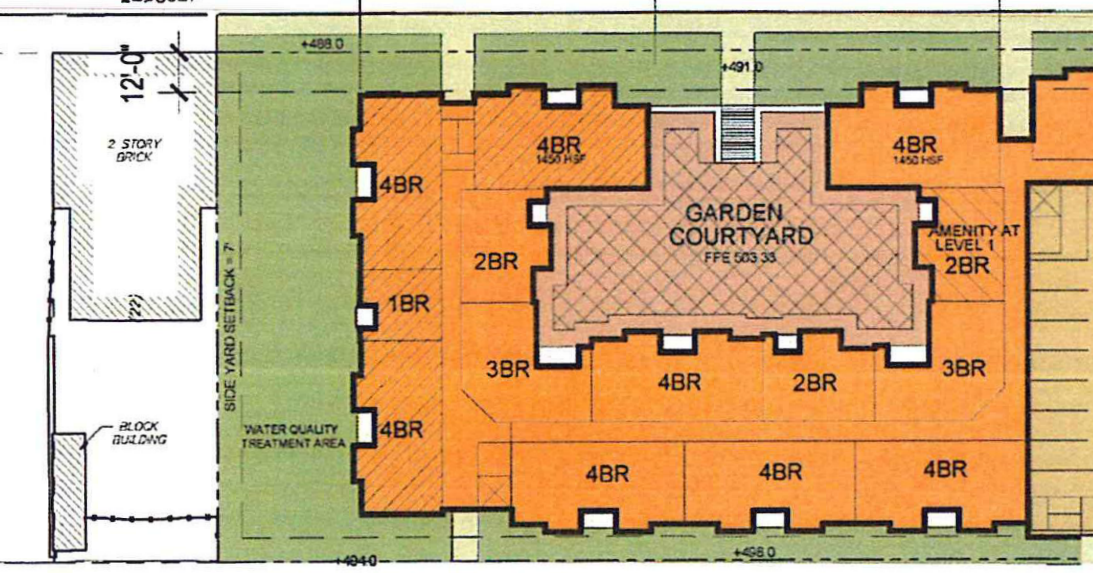 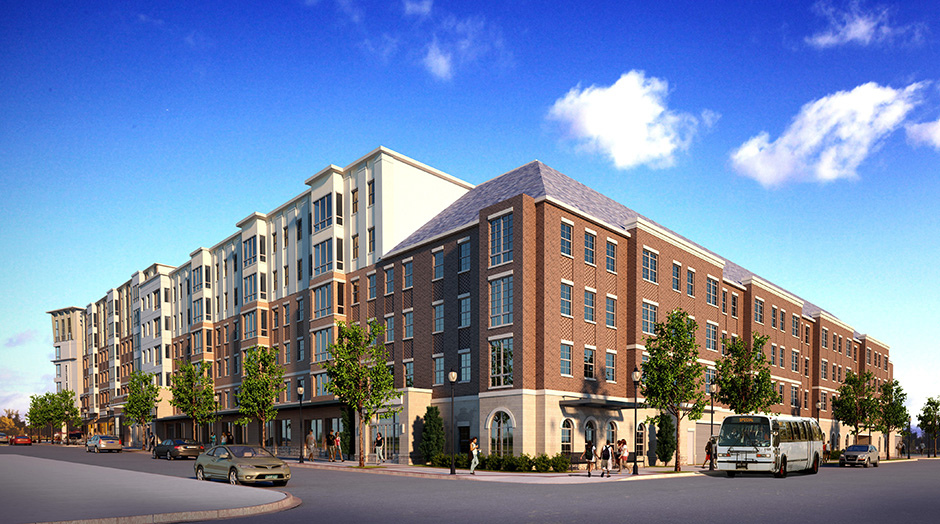 A new 179-unit residential building geared toward students may soon be in development at the southwest corner of Olive Street and North Spring Avenue. The address listed on the building permit application is “3700-3824 Olive”, which would take in about a block and a half of Olive Street west of Spring. Two buildings within the address span of 3700-3824 Olive have been demolished in the past few years; one historic building, at 3724 Olive, remains. All other parcels in the range are vacant lots. Matthew Foggy, Jr. is shown as owner of the eastern half of the collective lots; Grand Center, Inc, owns the western portion. 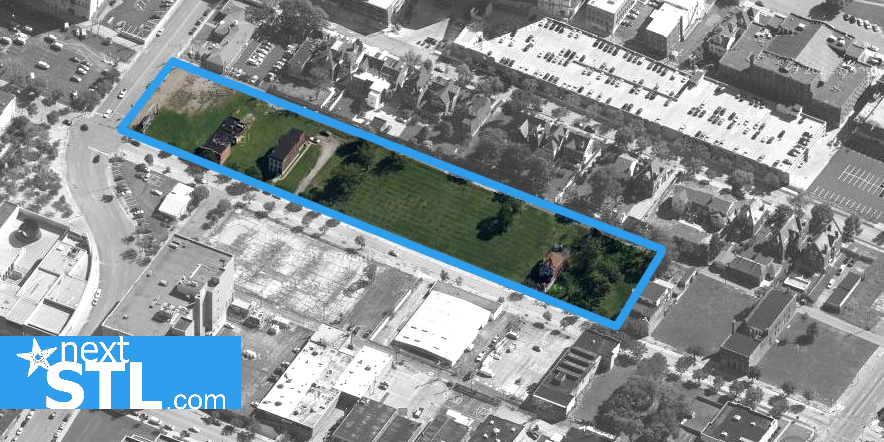 Note that this permit application is shown as “zoning only,” which indicates that the city’s Zoning Board must first approve the proposed land use prior to the permit application moving any further. The site is presently zoned H – Area Commercial. Below is a Google Streetview capture of 3700 Olive, just one block north of Lindell and St. Louis University and one (long) block west of Grand. 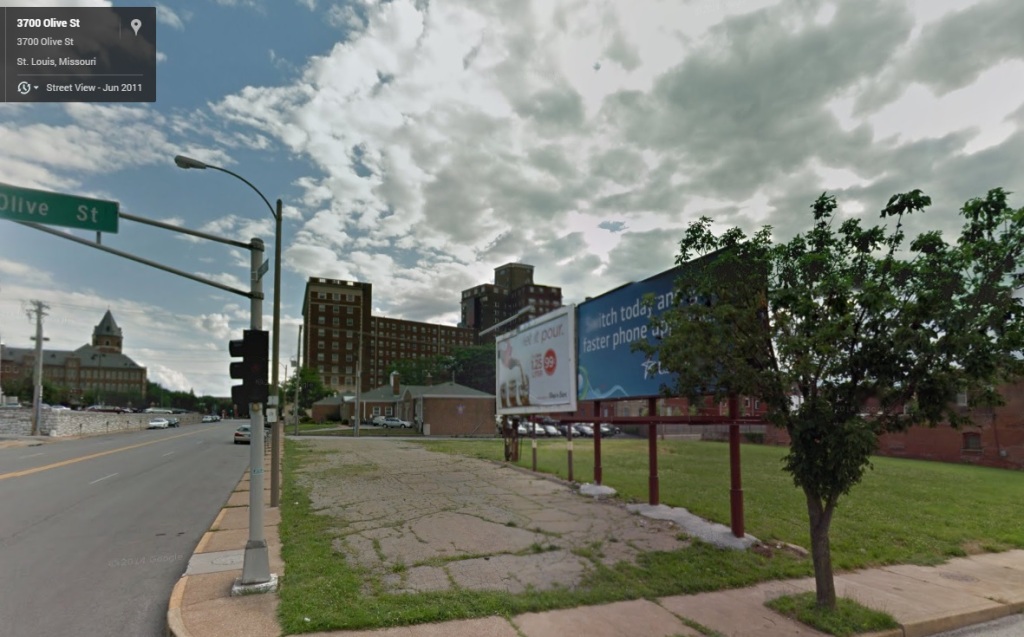 The developer listed on the permit is Peak Campus Development out of Atlanta, Georgia. Examples of developments the company has tackled in other cities are shown in their portfolio here. Peak Campus Management acquired the management contract for the Lindell Strip (Coronado Place, Moolah Place, and Lindell Towers, partially visible in the photo above) in June 2013. See the press release for that announcement here.

New residential construction in Grand Center would be a major turning-point for the district, which has seen mixed-use historic rehabs and some new commercial construction, but no new residential buildings at all, and none without some frontage on Grand. Other details on the proposed development are scarce. More on this development proposal as it comes to us. 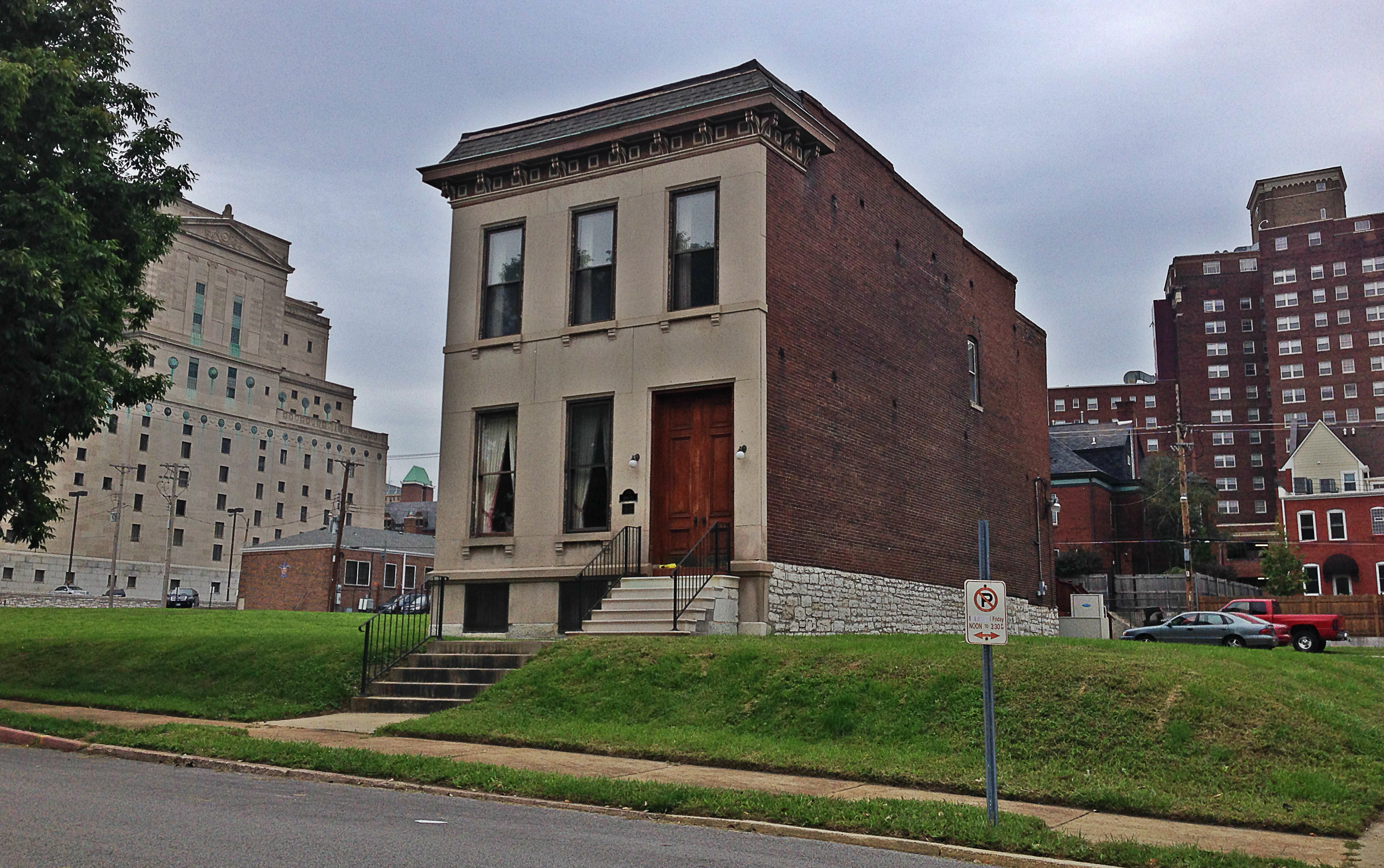 *update: The William Cuthbert Jones House shown above is in the development footprint, but according to a well-sourced comment below, the historic home would be moved to a new location. The other two buildings appearing within the development outline have been demolished. According to the same source, the building would likely be similar to the West Pine Lofts currently under construction nearby. Michael Allen at the Preservation Research Office has a great write up of the William Cuthbert Jones House. 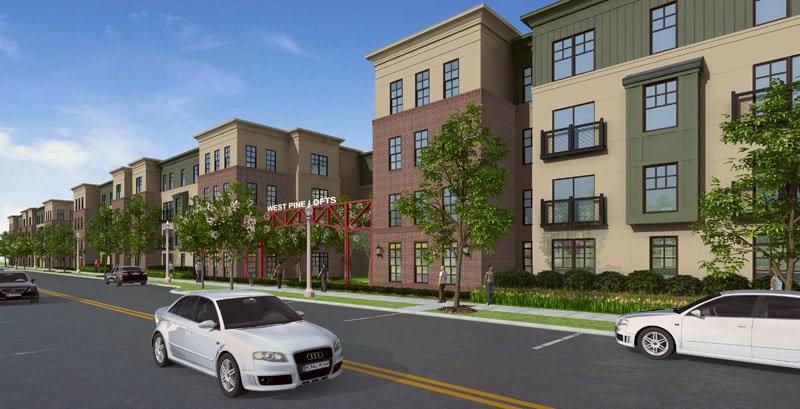 Two buildings have been demolished recently on the block (images below). The last remaining building to the east is listed on the National Register for Historic Places along with the Jones House. Several parcels and buildings on this block have recently sold. 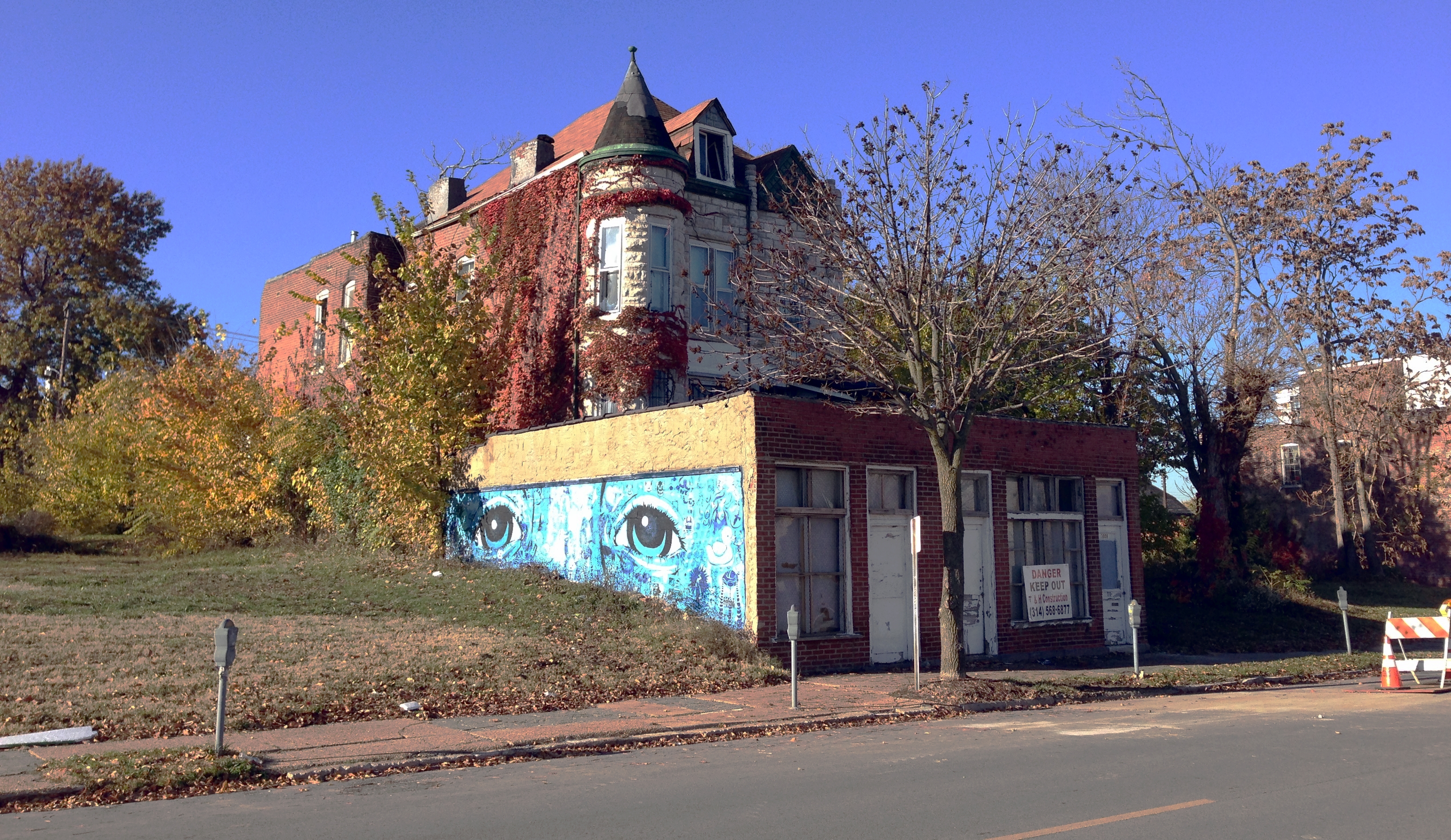 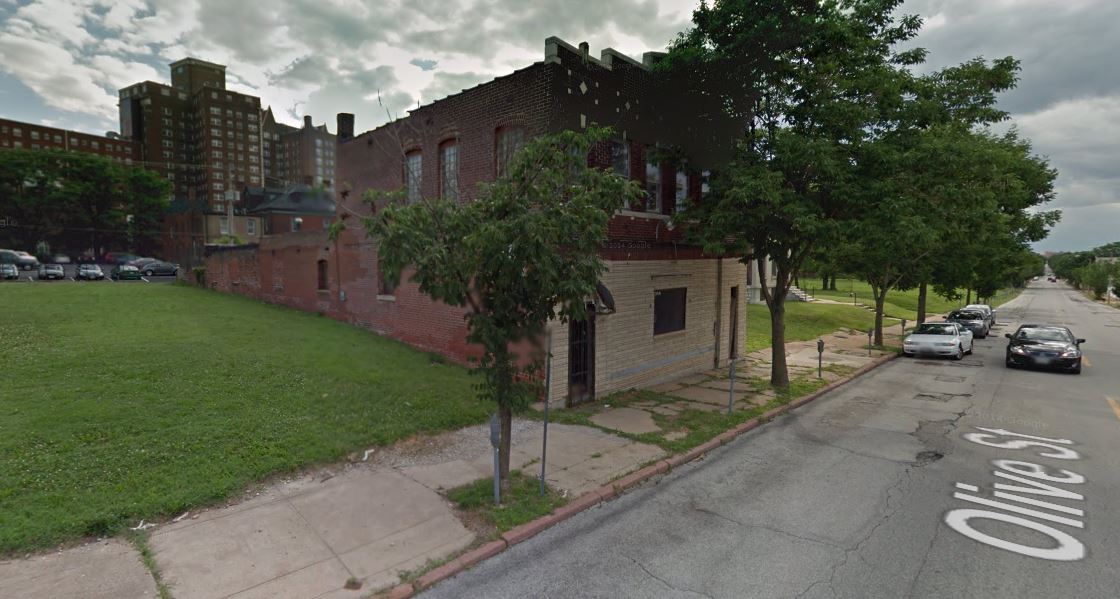