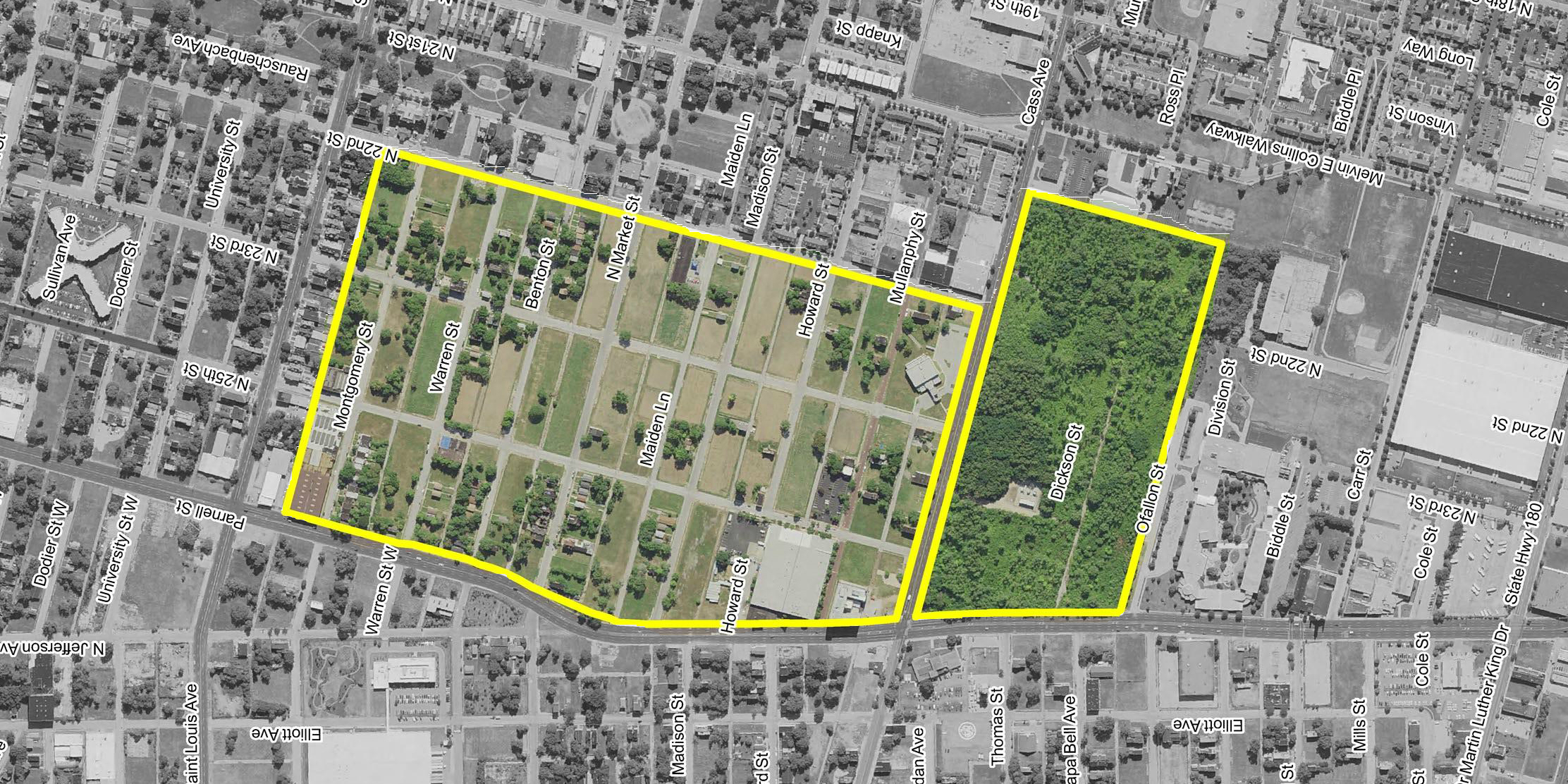 In July, nextSTL was first to reveal that the City of St. Louis is set to offer the National Geospatial-Intelligence Agency much more than the 34-acre Pruitt-Igoe for its new headquarters. The NGA has now gone public with a proposed site plan for North St. Louis that shows an even more expansive 136-acre footprint.

A statement on the newly created Next NGA West website reads “NGA, with the U.S. Army Corps of Engineers, is conducting an Environmental Impact Statement (EIS) to study environmental impacts of a new location in St. Louis. They need the public’s help to find out the impact on surrounding neighborhoods and community.” Public meetings take place next week. The St. Louis City site is one of four in the region being considered. 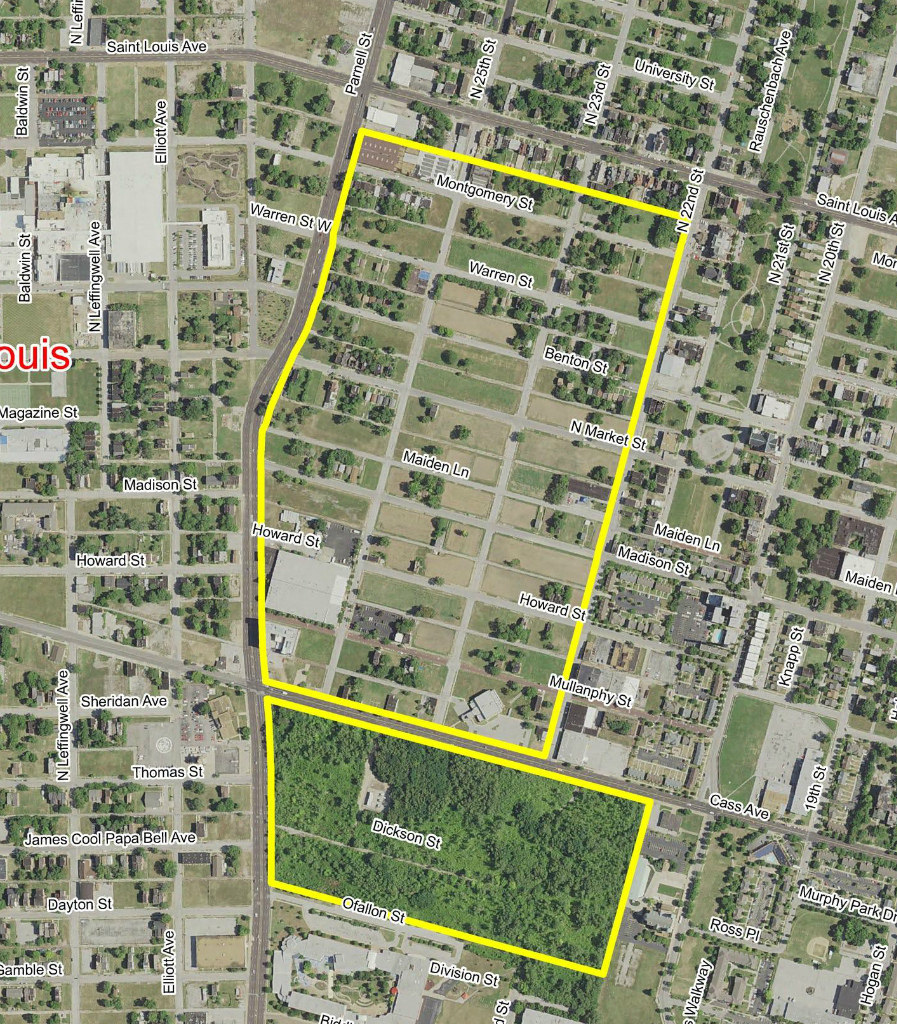 The St. Louis Post-Dispatch editorial board wrote a bombastic endorsement which read in part, “The Pruitt-Igoe site, in the center of the NorthSide Regeneration project that is the dream of developer Paul McKee, is the only choice.” The board had surely been made aware of the larger extent of the project, but deceptively chose to only speak of Pruitt-Igoe, or just one-fourth of the site. Nearly five months later, the Post-Dispatch has not published a news article on the project.

Our estimate in July was an additional 88 acres, or 22 city blocks, for a 122-acre site. The 136-acre measurement includes additional parcels. Considering ~3,000 jobs, this would represent about 22 jobs per acre, a small count for even a suburban office park. Even across a largely vacant part of North St. Louis, hard question need to be asked about best land use. 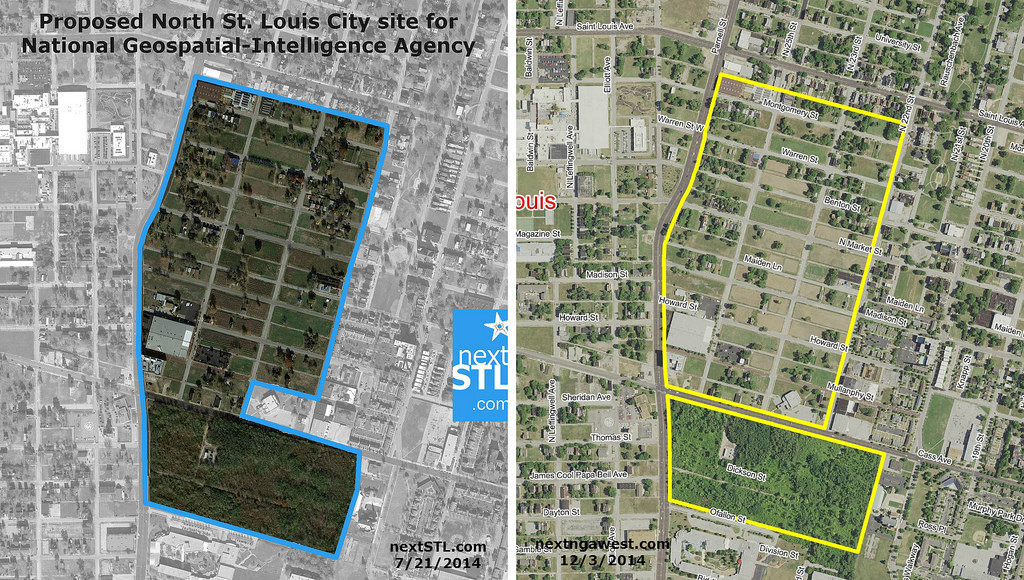 From our July story: In a city built prior to the arrival of the automobile, such a project would erase the past and present an entirely new development pattern, one nearly four times larger than Pruitt-Igoe itself, the failure of which has been often cited as being too monolithic. While covering perhaps the most vacant portion of NorthSide, images show a couple dozen homes, and several businesses currently occupy the site. Developer Paul Mckee (NorthSide) owns the majority of parcels needed for the project, but not all.

Again from July: Returning to the P-D editorial, “The implosion of the Pruitt-Igoe experiment more than 40 years ago was due in part to a failure of local, state and federal officials to develop sound policy that worked together, in terms of community building and serving the poor. Today more than ever, the mostly poor, mostly African-American north side of St. Louis needs investment more than any other area of the St. Louis region. More than Fenton. More than Scott. More than the central corridor.”

Now that what nextSTL reported has been confirmed by the NGA, it will be interesting to see if the Post-Dispatch, and other news outlets, fully present, and openly discuss the impact of giving 136 acres of the central city to one user. Retaining jobs in the city is important, but what is being proposed here will have a significant impact on the city and residents.

For many reasons, this proposal should receive honest and thorough scrutiny. We know that the NGA jobs are not leaving the region (the other sites being considered are in Mehlville, Fenton, and St. Clair County). The 136-acre single user is far from any plan or vision offered of the decade old NorthSide development, and presents an extreme anti-urban development pattern. The NGA would also be a tax-exempt user, erasing potential revenue from a big swath of the city. 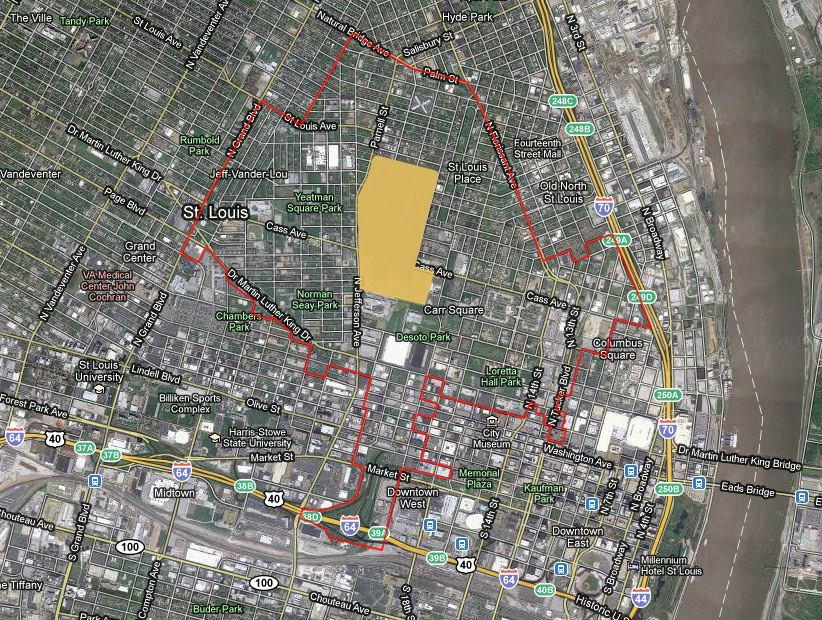 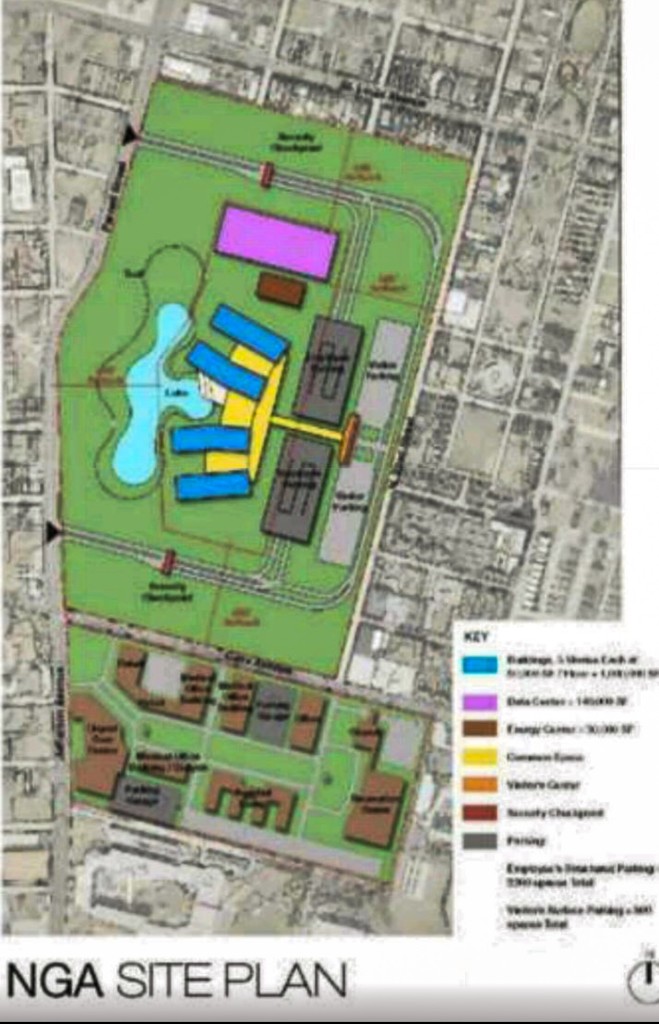