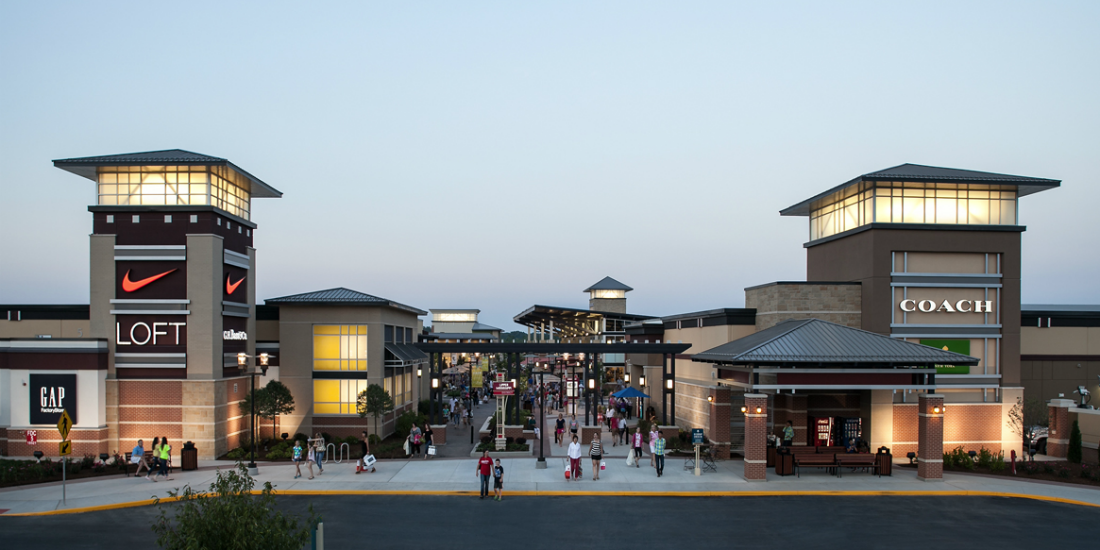 “Cities that promote and encourage economic development need the tax revenues that are generated from that effort to pay the increased costs that it takes to attract and keep high-quality jobs in our region,” Chesterfield Mayor Bob Nation told the St. Louis Post-Dispatch.

So what’s Nation complaining about? In St. Louis County, municipalities and unincorporated areas are split into two groups, “A” and “B”. Point of Sale municipalities (A), contribute sales tax revenue to the County pool, but keep everything beyond a the portion determined by statutory formula. Pool Cities (B), contribute all local sales tax revenue to the pool and receive a payment based on residential population. Chesterfield, incorporated in 1988, was required by the county to be a “B” municipality.

Nation has ranted in the past about Chesterfield seceding from St. Louis County and joining St. Charles County (which is nonsense), and is now leading a legal challenge to the law that created the sales tax structure. Local sales taxes were first authorized in 1969, while the current “A” and “B” tax pool framework was established in 1977. This led to some aggressive annexation as “A” municipalities chased revenue generating commercial districts. Local sales tax revenue has traditionally been used to lower property taxes.

Chesterfield loves to see the booming retail development of the valley as a big success. It is, for Chesterfield. A lot of the development since the 1993 flood that led to the levee being built, was paid for via Tax Increment Financing (TIF). It paid for itself – Chesterfield will tell you. 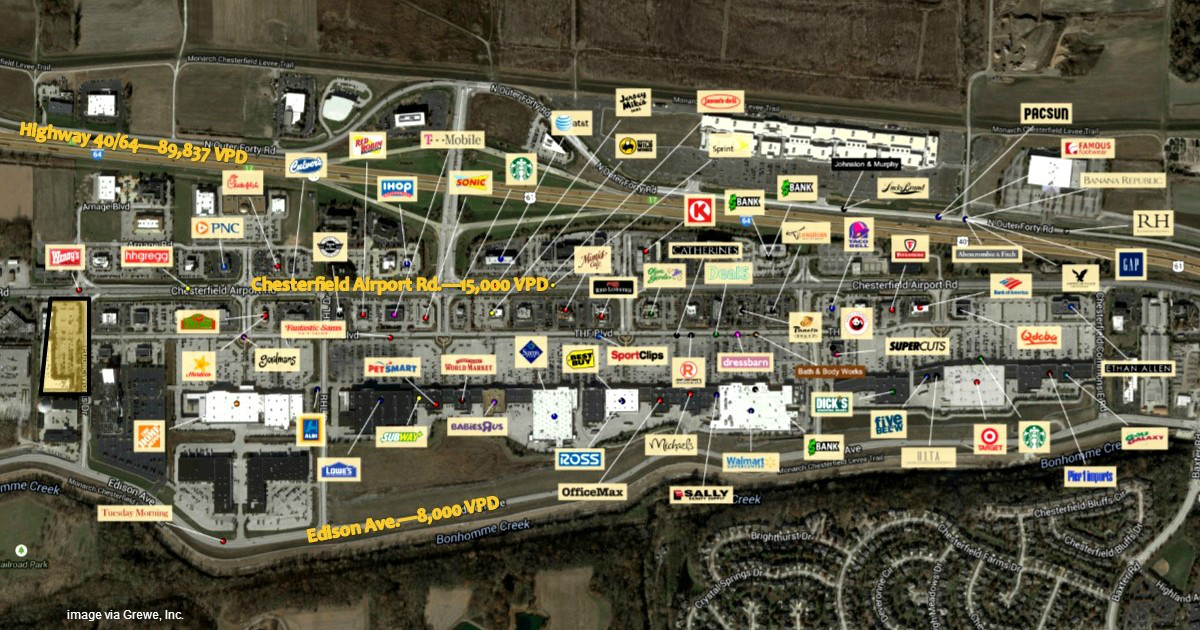 {retail in the Chesterfield Valley}

But we know better. In a region that has experienced stagnant population growth, stagnant wealth growth, and as a result, stagnant retail growth, subsidies to attract retail development have simply taken from one place to enrich another. TIF for retail development has rewarded developers and individual communities while impoverishing the region. Growth of retail in the Chesterfield Valley has gone hand-in-hand with retail closures elsewhere.

As a region, we have subsidized private development with more than $2.5B (and likely much more) in local revenue over the past two decades. The result has been no real growth in tax revenue, jobs, personal income, or assessed land values (East-West Gateway 2009 TIF report).

And don’t let Chesterfield cry wolf on the $11M paid into, but $5.4M received in tax revenue. The argument is that while revenue is shared, the cost to develop retail is not. While factually accurate, new development still pays for Chesterfield, even at the discounted rate it sees after sharing revenue. That’s why it continues to subsidize retail development. Chesterfield would rather tax St. Louis metro area shoppers, than its own property owners.

This isn’t what Chesterfield and other municipalities really want, if they’re smart. What if each municipality kept 100% of its sales tax revenue? While some municipalities have not been compelled to enter the subsidy race for retail development, this may change if they did not receive income from the sales tax pool, and if the payoff for retail development was that much larger. Today, some places are basically paid to not enter the retail race.

The mayors of Fenton (A) and University City (B) have weighed in. Fenton has supported the bill. University City has opposed it. A previous nextSTL item noted that then-Mayor Dennis Hancock of Fenton has called the current revenue pooling arrangement “a Robin Hood Scheme,” “Municipal Welfare,” and “Socialism.” As an “A” city, Fenton keeps 45% of its revenue and puts 55% into the pool. Hancock would have liked Fenton to keep 100% of its revenue, while simultaneously pointing out 90% of revenue generated at the heavily subsidized Gravois Bluffs shopping center in Fenton comes from outside the municipality.

Hancock told the St. Louis Beacon in 2011, Fenton generated $7M in sales tax revenue in 2010. Of that, $1.5M went to TIF bonds for Gravois Bluffs. Fenton kept $2.5M of the remaining $5.5 million. “That’s not fair,” Hancock said at the time. Of course there is opposition to any changes, with places as disparate as University City and Ballwin facing the possible loss of millions in revenue.

With more competition, there’s no guarantee Chesterfield (and Fenton) would be a runaway winner. With significant new retail having opened in recent years, keeping all the sales tax revenue sounds like a good idea today, and would add to coffers, but only until the next turnover of retail development. The next time a developer is looking to open an outlet mall, or big box store, every municipality would have a greater incentive to land the project.

The municipality of Glendale receives approximately $220,000 in revenue from the County sales tax pool. This represents nearly 25% of its total annual sales tax revenue, which represents 25% of all revenue. If it no longer received the sales tax pool payment (if some municipalities didn’t pay into it), the incentive for tiny Glendale to land a Walmart increases exponentially. Subsidies are already thrown at retail development in places like St. Ann, Bridgeton, and Shrewsbury, but would only get worse.

The real challenge facing Chesterfield, and other prosperous County municipalities, is stagnant population growth. From 2000 to 2010, Chesterfield grew by just 1.5%. Coming off the previous decade of 23% growth, it’s likely increased population will not be a source of additional revenue for the municipality. It’s unlikely that an influx of new residents can help pay for continued development in Chesterfield, so the hope is to have other people pay.

Is the sales tax system of St. Louis County unfair? Maybe, but Chesterfield likely wouldn’t agree to any sensible real solution. What’s needed is to truly  remove the perverse incentives municipalities have to subsidize retail development. What Chesterfield wants is for the perverse incentives to be fully rewarded, betting that its position as a regional retail hub will last decades.

Want to get rid of the perverse incentives? St. Louis County could prohibit subsidy for retail development, recognizing that incentives do not grow the local economy, but distort it. Local sales tax revenue could follow the shopper, much like tax on car sales. All local sales tax across the county could be pooled.

If municipal revenue did not depend on landing the next retail development, there would be no incentive to subsidize a big box store or outlet mall. This would also have a positive affect on retail vacancy produced by developers chasing the next subsidy. There is no danger that St. Louis becomes under-retailed, only the danger that one municipality wouldn’t be able to steal from a neighbor to give to a retail development. 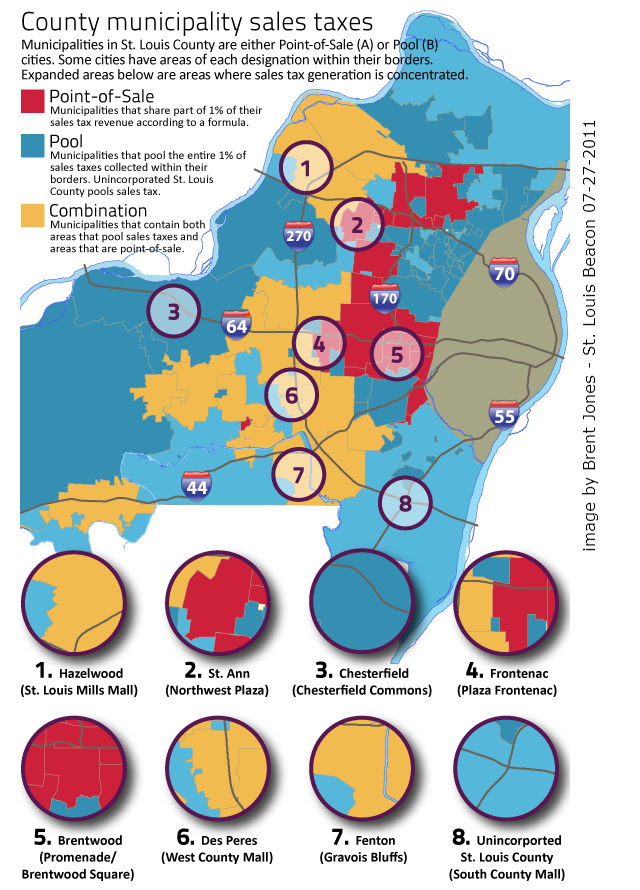