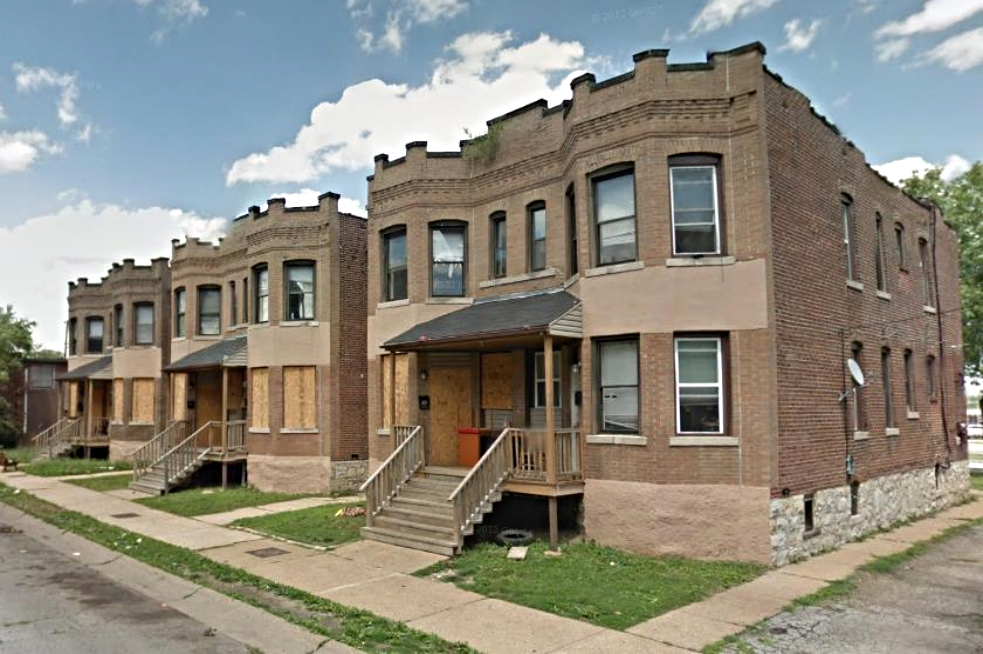 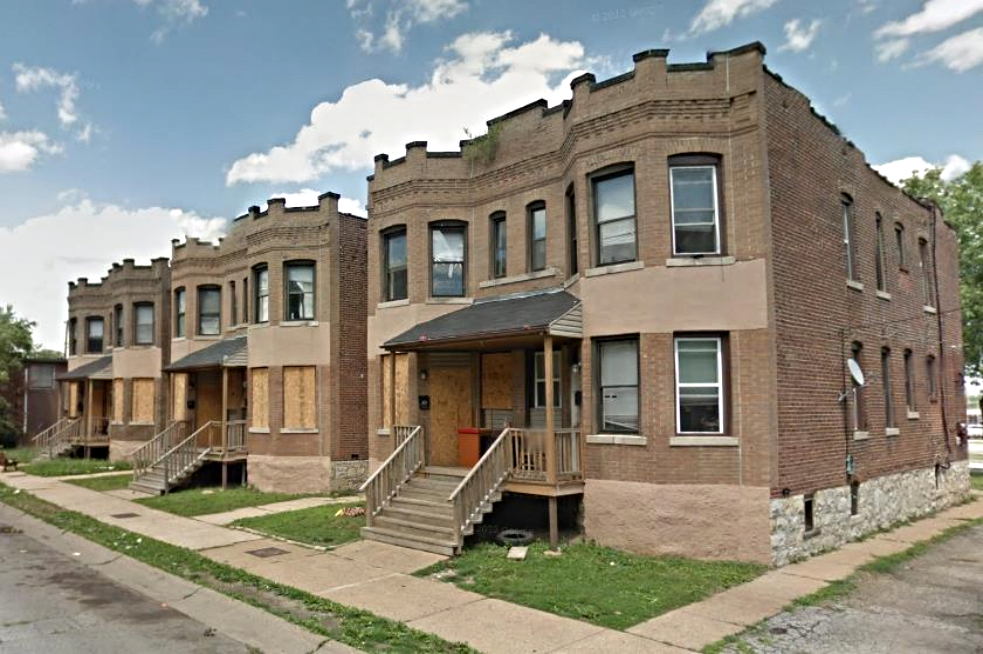 After a decade of methodically building a portfolio of completed for sale homes and apartments under management in the city’s Forest Park Southeast neighborhood, Grove Properties is set to significantly increase its investment. The next phase of development includes four single-family homes and two town homes for sale, and the renovation of 14 apartment units.

Grove Properties is known for some dramatic renovations in a neighborhood that has seen drastic change over the past decade. Vacant homes have increased in price from less than $10/sf to $25/sf or more. The company has pushed gut rehab home sales well over the $100/sf price. Their complete gut rehabs have found success in a micro housing market that offers little variety. 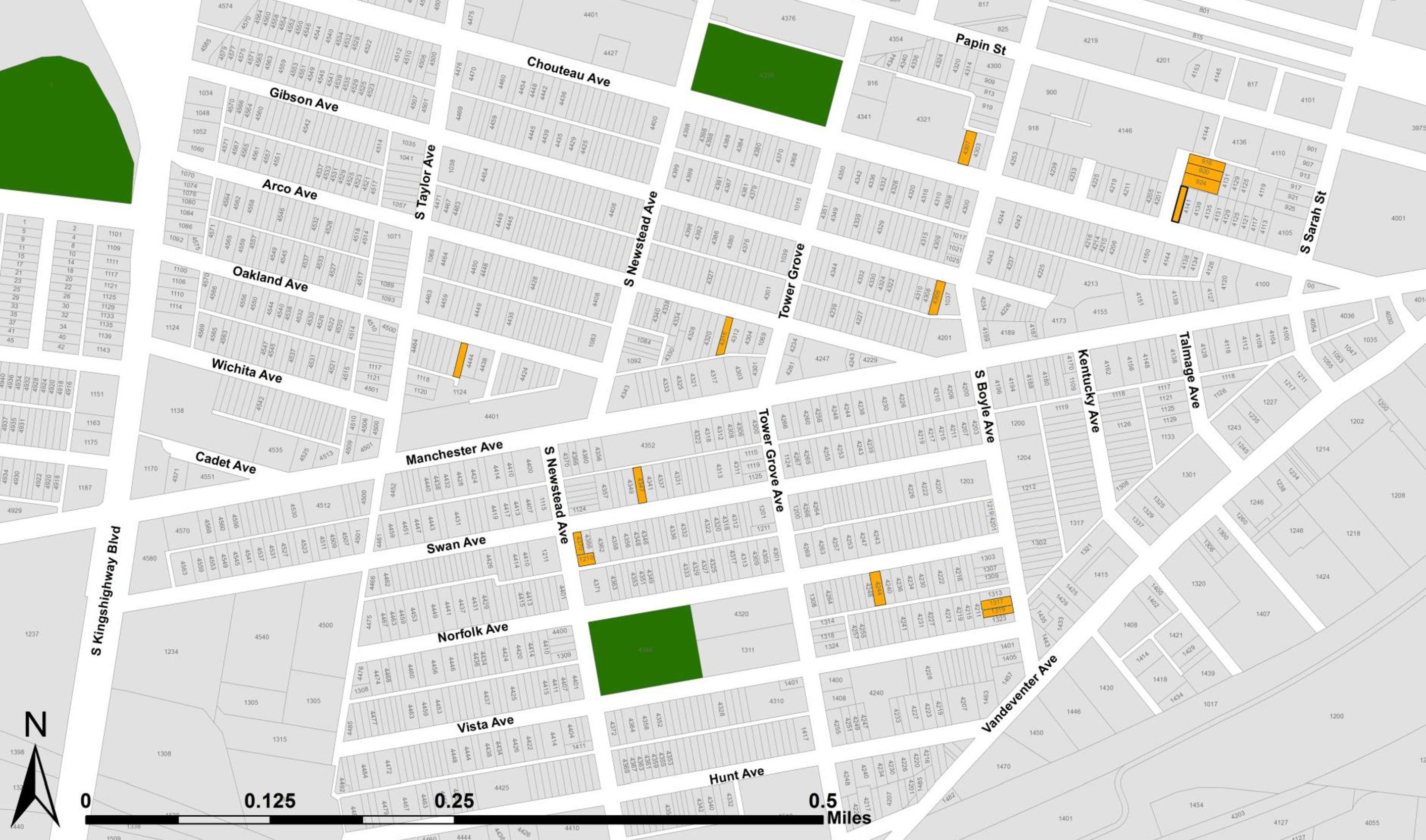 Now, 12 buildings are being redeveloped at a total investment cost of $2.8M. The properties are located both north and south of Manchester Avenue. Redevelopment has been much more common north of the neighborhood’s central dividing line. The Forest Park Southeast Historic District was recently expanded to encompass much of the area south of Manchester. The most unlikely buildings to be rehabbed may be 4145 Chouteau, 4370  Swan, and 1210 South Newstead, though none are currently in good condition.

The largest project will be the renovation of 916-924 Talmage, a row of three buildings on a truncated street on the neighborhood’s northern boundary. Castle parapets mark the three identical buildings dating from 1906. Vacant for several years, the buildings will be renovated as six total apartments.

Tax abatement is being sought for all properties. Estimates show an approximate seven-fold increase in property tax revenue after renovation. If granted, the proposed 10-year tax abatement would expire in 2024, resulting in aggregate revenue of  $33,254 annually, up from the current $4,701. 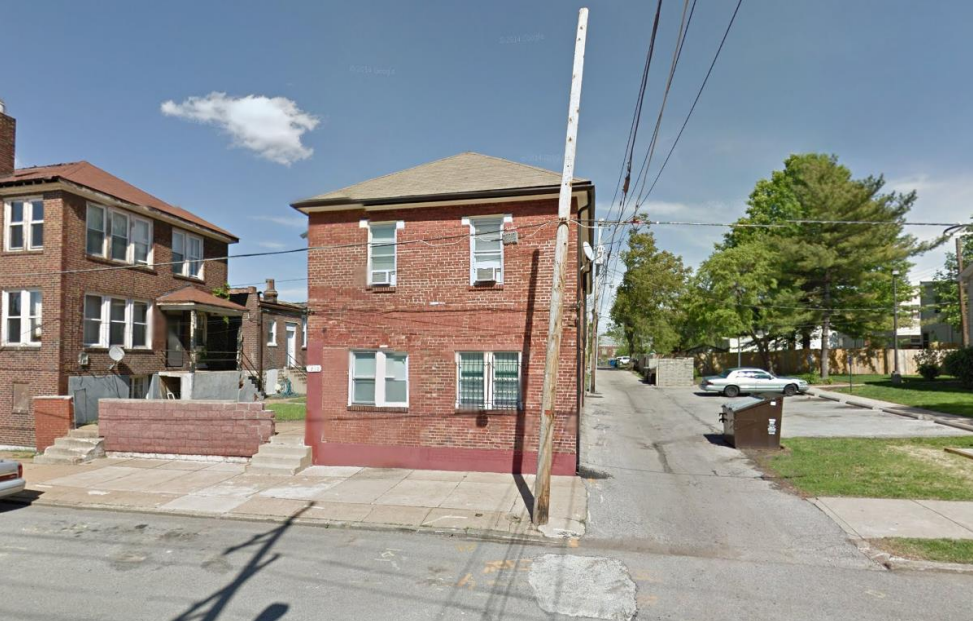 {1210 S. Newstead will be renovated into two rental units}

In general, renovations and new development in The Grove have been supported with tax abatement, though in certain circumstances projects have received a five year abatement instead of 10. Despite recent significant investments including the Urban Chestnut Brewing Company Brewery & Bierhall, there remain more than 120 vacant lots, and 40 vacant buildings in The Grove. 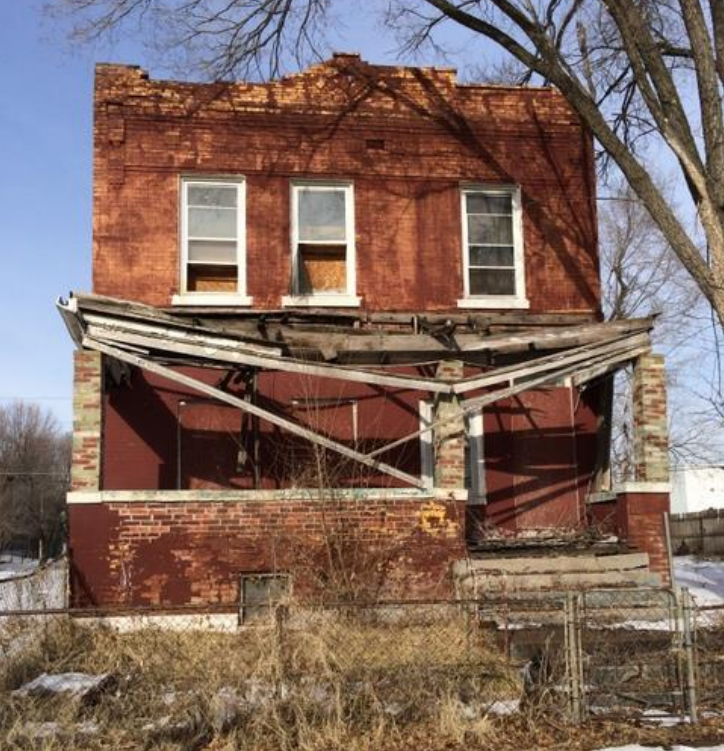 Two before and after images from Grove Properties: 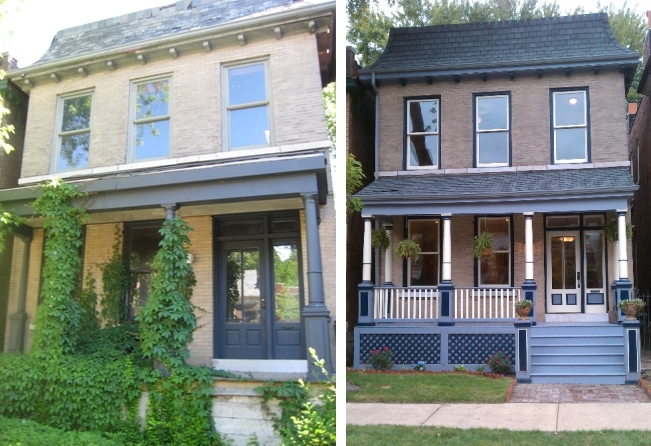 Permits for the three buildings on Talmage Avenue were issued in September 2016, with working beginning in October. Work appears to have begun on the adjacent corner property at 4145 Chouteau as well. A newly constructed home at 4141 Chouteau sold for $350K in August of 2016. 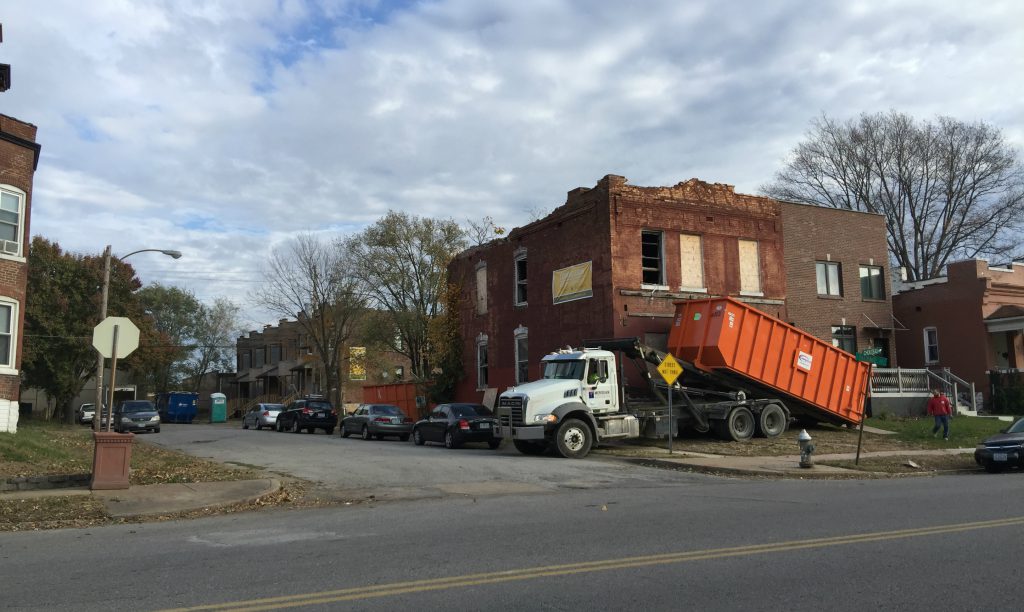 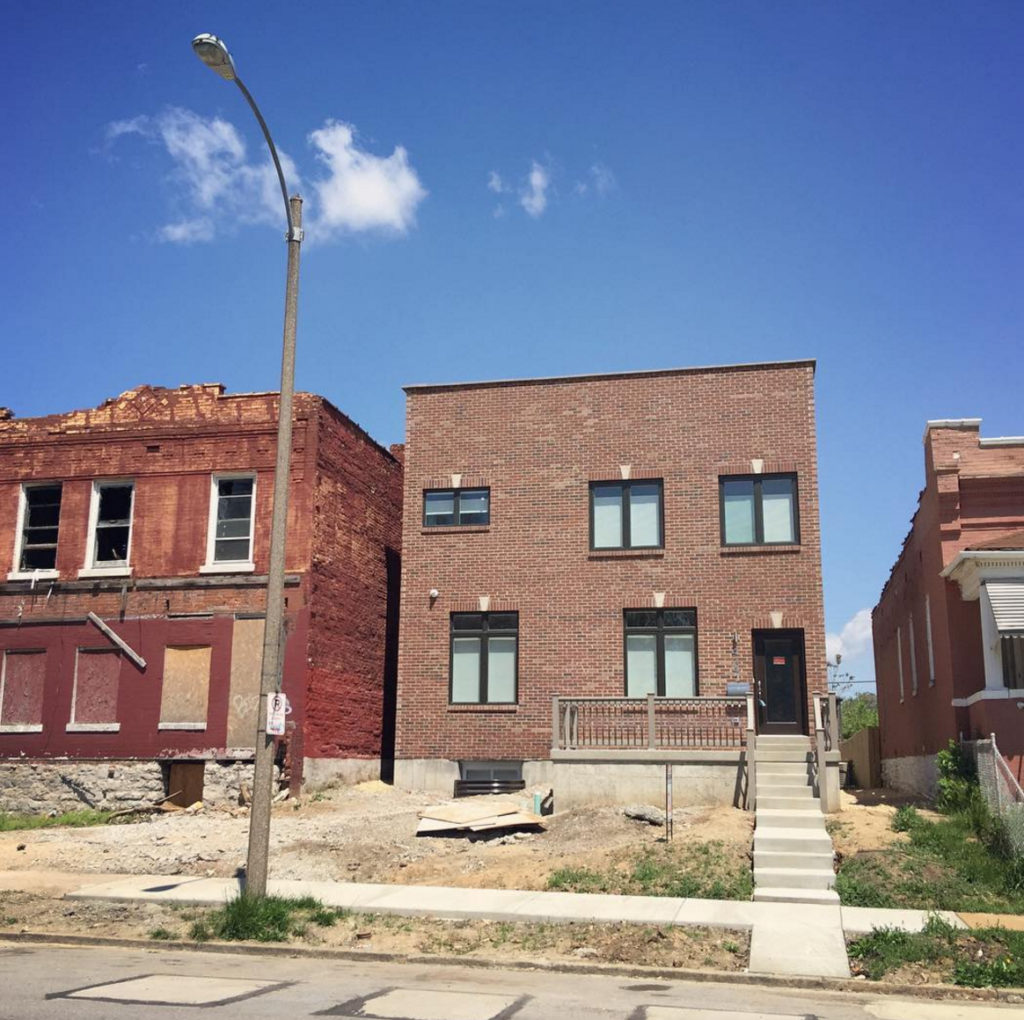