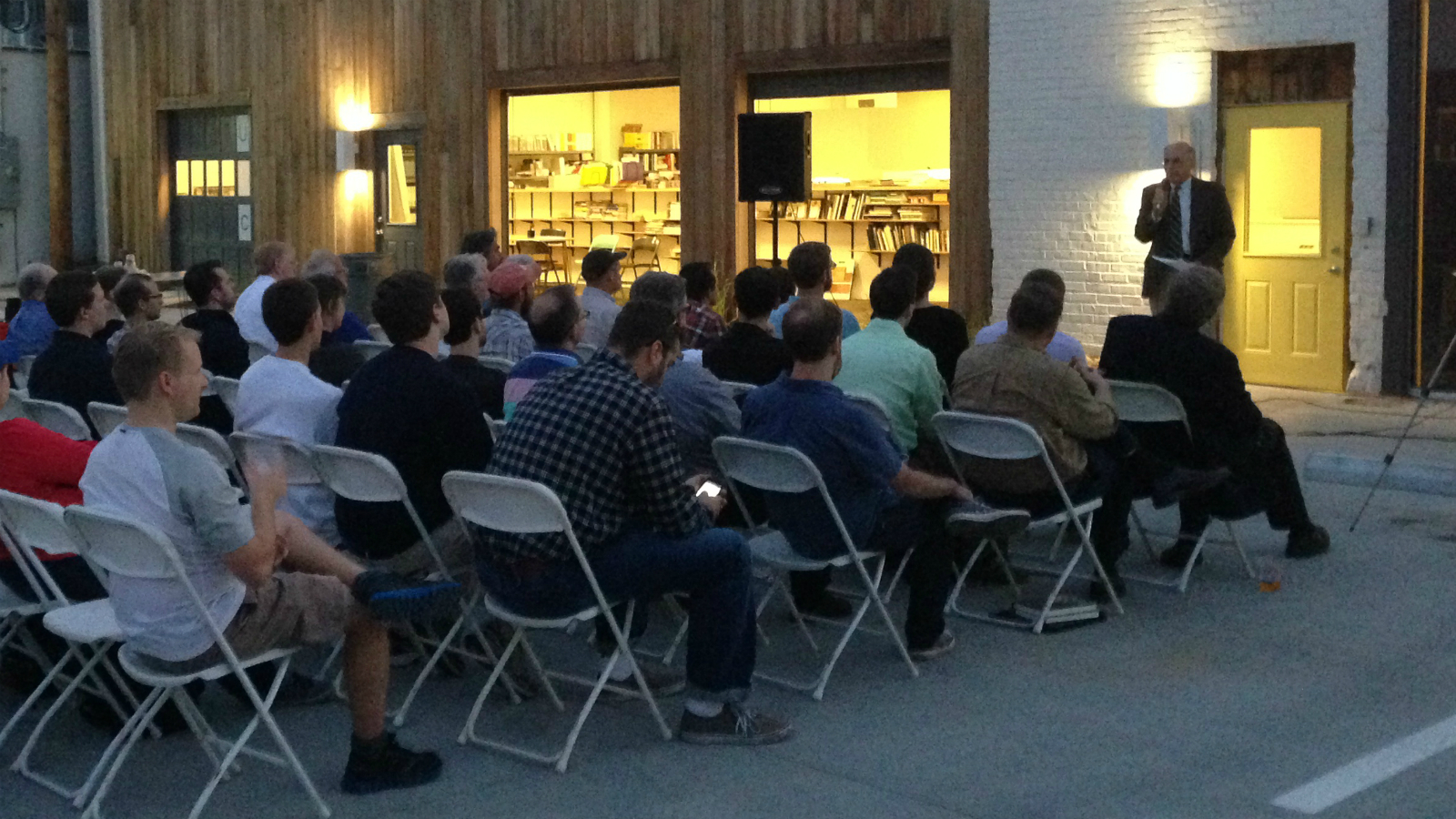 Ben Ross presented his book, Dead End: Suburban Sprawl and the Rebirth of American Urbanism at UIC on Thursday September 18. The full video of his presentation is above. The weather and venue were perfect, but it does get a little dark as Ben talks. We’ll remember that sun going down thing next time.

In Ross’ book, the overarching topic, and the specific targets of his ire is very familiar to St. Louisans. The dishonestly of zoning laws, the social status attained by excluding those of lesser socio-economic status, and the NIMBY and “incompatible uses” have all contributed to today’s St. Louis (and are alive and well here).

Ross’ comprehensive history begins with “The Strange Birth of Suburbia”, a view of suburban America as socialist commune. Subsequent chapters titled “The Age of the Nimby”, “The Language of Land Use”, and “The Politics of Smart Growth” carry the reader through to today.

For Ross, good urban policy exists in both the citizen and planner realm. He offers a smart balance of needed policy action, and public involvement based on a near encyclopedic knowledge of urban decline and suburban sprawl in this country.

In St. Louis, the lack of professional planning is often blamed for wasteful development and the subsidizing of urban decline. Today, we’re increasingly aware of suburban decline and the challenge of adapting post World War II development patterns. Better planning policy and more public involvement clearly must advance together.

At a recent book event, Ross explained the essential problem: “Developers fight with immediate neighbors and immediate community isn’t part of the larger discussion. We’ve farmed out decision making to tiny locales, which make decisions for areas and regions. Locals need input on details and specifics, but we need larger vision of what works.”  We couldn’t agree more.

Thank you again to our friends at Urban Chestnut Brewing Co. for providing the drinks, and Left Bank Books for having copies of Dead End for sale. Ben’s most recent writing at Dissent: A Quarterly of Politics and Culture, “Fighting Gentrification, But To What End?” You can read an excerpt from his book in our previous article.