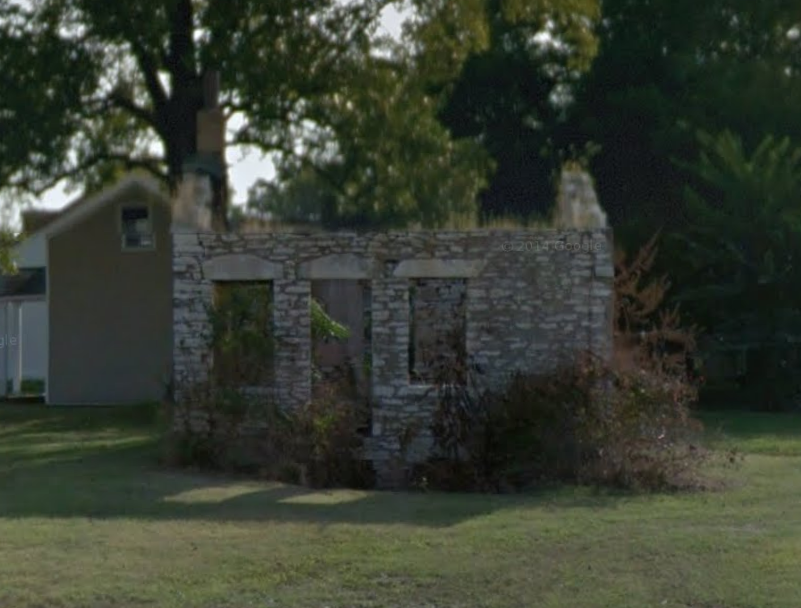 A stone alley house constructed in the mid-19th Century located at 124 E. Steins in the Patch neighborhood may soon be rehabbed. Owners Timothy and Dorothy Marcia, who have purchased and begun restoring a neighboring stone house to the west, have applied for a building permit in the amount of $41,500 for interior and exterior alterations of 124 E. Steins. That building permit was issued this week.

The tiny home has been in ruins for decades, with a circa 1980 National Register of Historic Places nomination of a small district of stone houses mentioning that this particular home, at the alley line, had suffered a recent fire.

German immigrants arrived in St. Louis in the 1840s in droves and transformed many St. Louis neighborhoods. Many Germans settled in the Carondelet neighborhood, then its own city far south of St. Louis, and constructed simple dwellings that looked not unlike the French brick homes found closer to downtown except for one striking difference–entire facades were comprised of limestone.

The area of East of Broadway in the present day “Patch neighborhood”, which takes in much of Old Carondelet, has become mostly industrial. With that change in land use patterns, many of these diminutive dwellings have been demolished. The ones that remain are generally in poor shape, or are threatened by further industrial expansion.

A rehab of this very small stone house at 124 E. Steins would be a large step for preservation of this fading German heritage on the far South Side of St. Louis.

Below is a photograph of 124 Steins Street obtained from the Spore Projects blog: