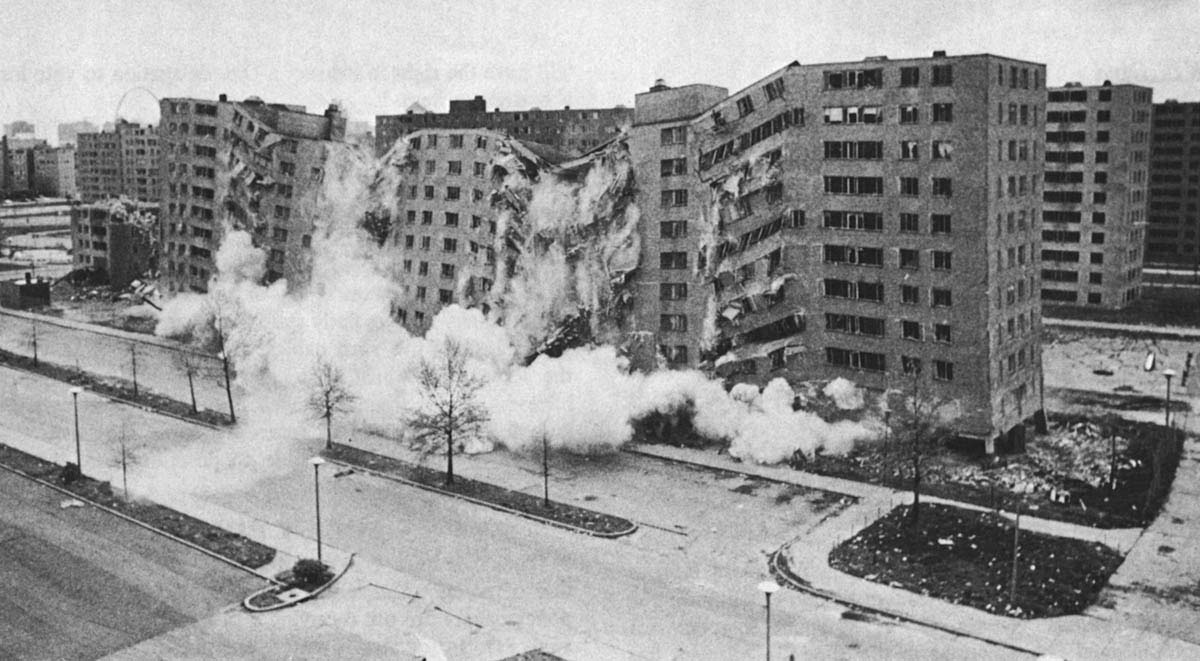 It is a melancholy object to those who drive through this great town or bike on Jefferson Avenue, when they see the trees that now occupy the Pruitt-Igoe housing project site. 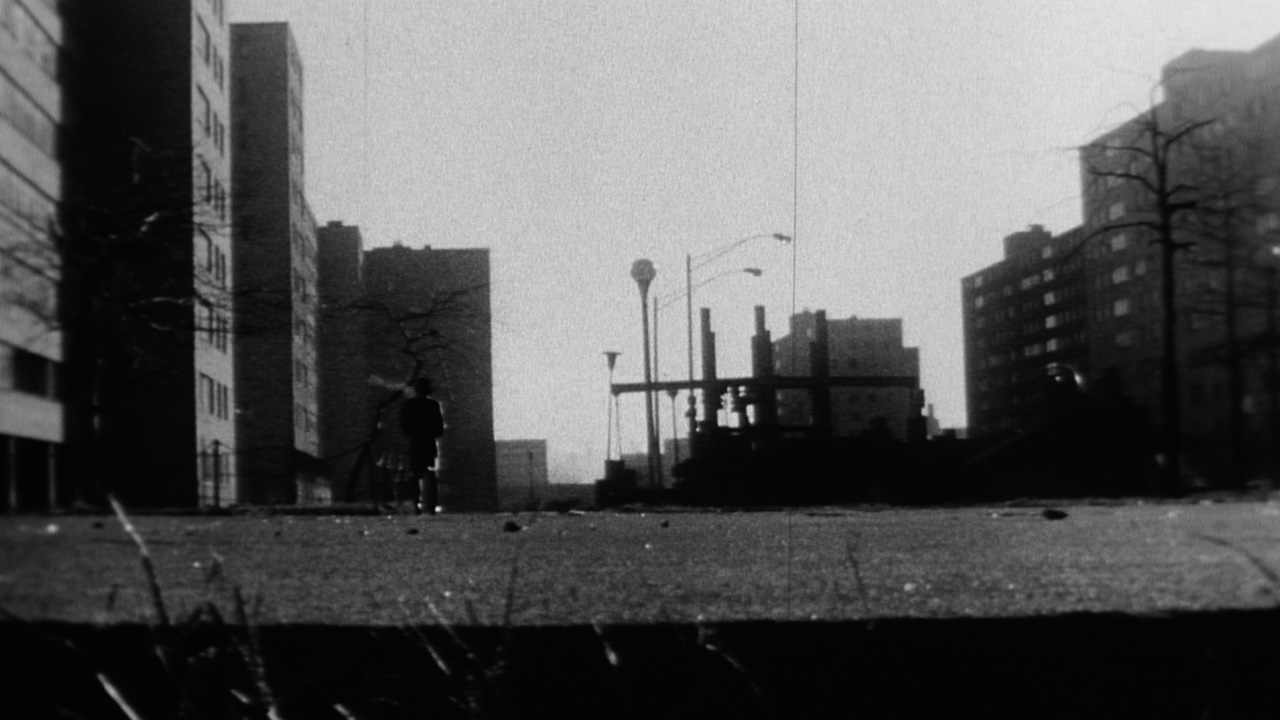 The area, nay a large portion of the city of St. Louis, was devastated by housing and transportation policies, enacted by governments far away in Jefferson City and Washington DC, and an economy that followed its encouragement. The site itself was leveled for the high rise projects which lasted less than 20 years, the surroundings left to decay after the riptide of sprawl unmercifully wreaked havoc on the urban landscape. The area has no economy. It is a liability to the city and state.

I think it is agreed by all parties that over the decades many false starts, half-hearted government programs, and good intentioned efforts have failed to put the area back together again. The latest is the Northside Regeneration Plan. The city passed a $390M TIF for it and sold an option on the Pruitt-Igoe site and many other LRA properties. The state passed a special Land Assemblage Tax Credit just for this project. Paul McKee knows he must produce new jobs in the area for it and him to be a success.

As to my own part, having turned my thoughts for many years upon this important subject, and maturely weighed the several schemes of other projectors, I have always found them grossly mistaken in the computation. Clearly the area needs good, stable jobs, and the state sees its turn-around as a priority. I shall now therefore humbly propose my own thoughts, which I hope will not be liable to the least objection: move the state capital to St. Louis, specifically the Pruitt-Igoe site. 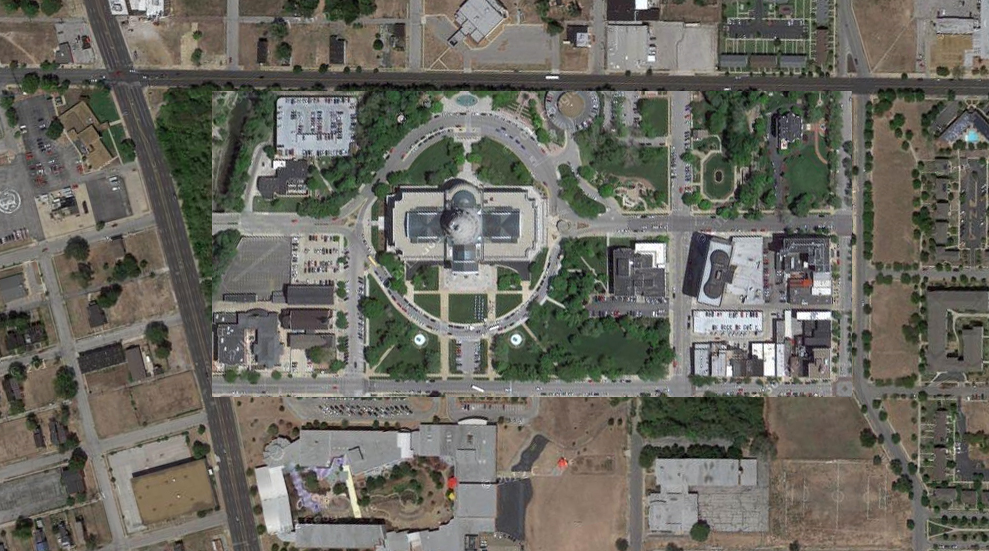 {The state capital fits quite nicely}

It would heal the scar left by bad government policies at the Pruitt-Igoe site. Some of our worst-off citizens would be a stones throw from their state government. They could access some of the state jobs. They could better access the levers of power. The extra security for the capitol would help deter crime in the area.

There is plenty of room on the site for the capitol building and the surroundings would be well suited for the department office buildings. Also the almost empty AT&T building downtown would make a good location for state offices. And all the state employees could reside in the new housing of the Northside Regeneration area.

Distant capitals nurture bad policy and corruption. They are far away from numerous constituents and major media outlets. It is difficult for “regular people” to make the trek to Jefferson City to testify or met legislators from other parts of the state. Notice how much local shenanigans get covered compared to business in the state house on local TV. This enhances accountability. In the people’s absence special interests reign. 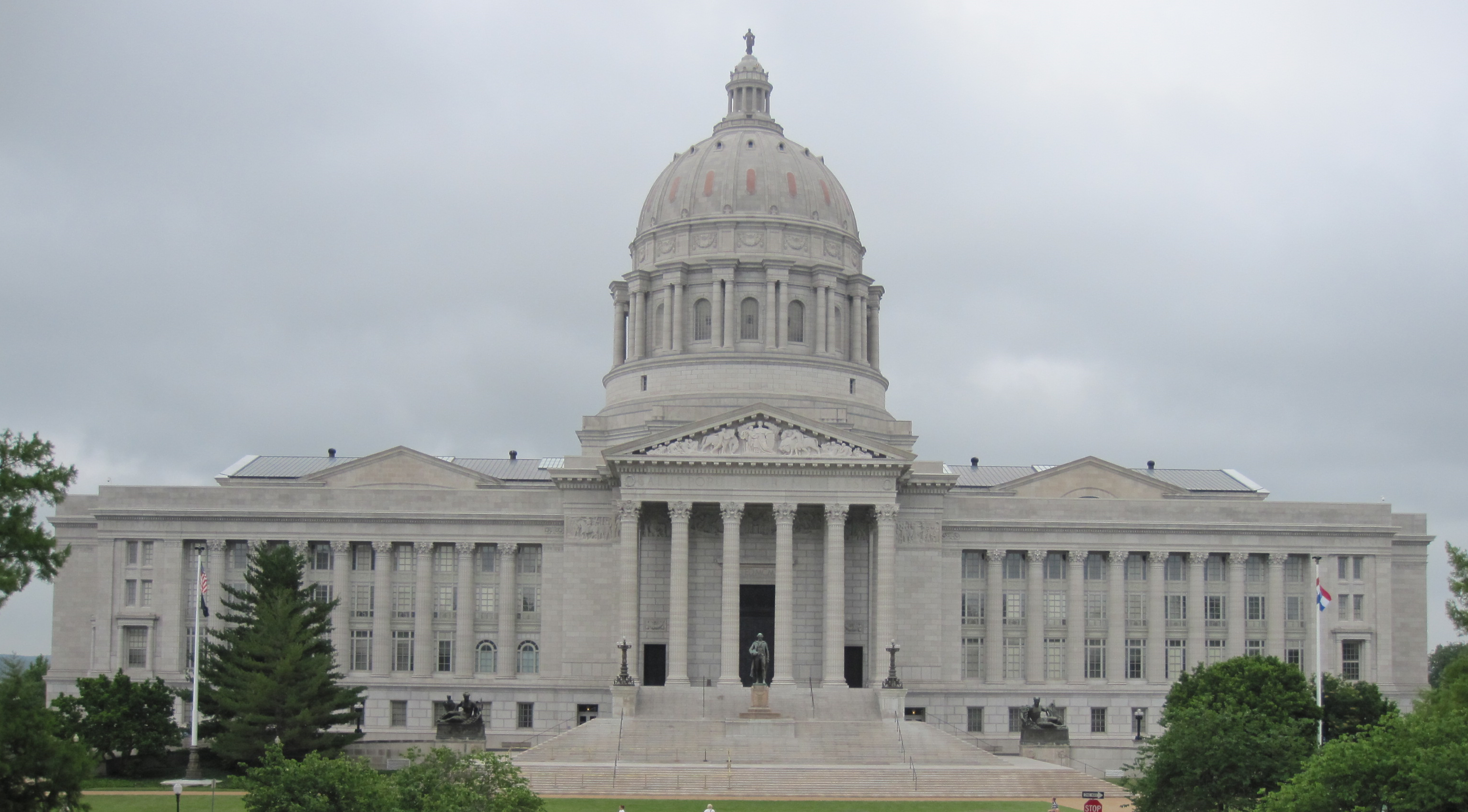 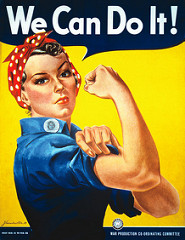 There is likewise another great advantage in my scheme, urban issues would get proper due at the state level. Legislators would be more interested in mass transit funding for instance, if they actually saw someone using it while in St. Louis. The Governor might mention school transfers and inner-city violence in his State of the State Address, and he may even say the words “urban,” “St. Louis,” and “Kansas City.” They would realize that most of the state economy hums in its two big metro areas and be more interested in building cities that attract talent rather than undermine them. There would be greater support for incentives like the China Hub and historic tax credits. They would see the damage caused by sprawl and stop promoting it through state-subsidized infrastructure. With St. Louis and Kansas City better off the returns to the state abound.

Shall we build a new capitol or move the old one? It’s a beautiful building full of history and treasures. I say move it. The old building would inspire good design in all the new Northside construction and ensure we avoid architectural tragedies like Aventura. It would be an extraordinary engineering challenge for sure. But if we can pick up and move over the Popular Street Bridge for the sake of saving a minute or two, surely we can move the capital. 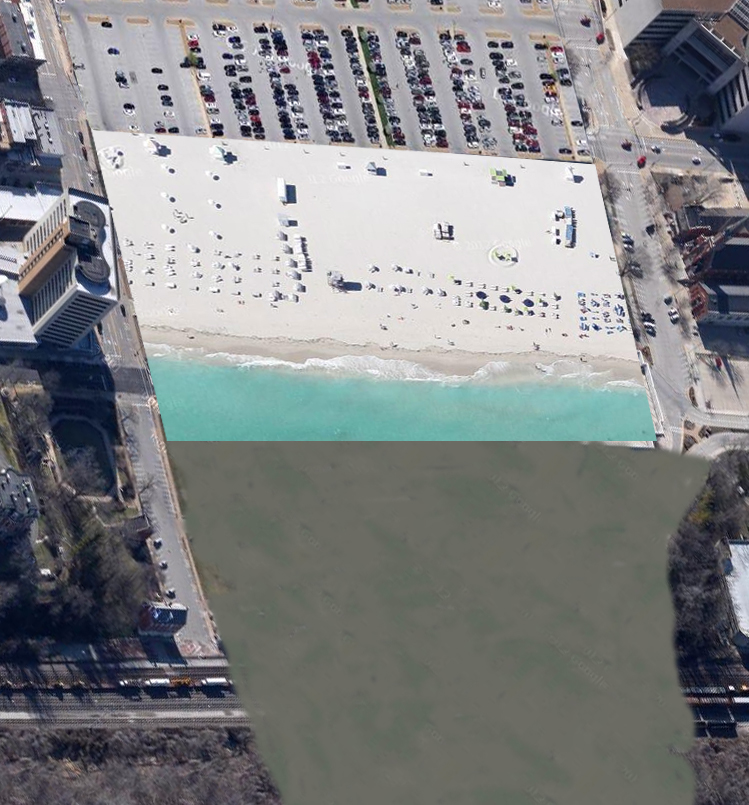 How do we do it? First deconstruct the dome and truck it to St. Louis; this creates lots of jobs. Dredge out a path from the Missouri River to the capitol building; this creates lots of jobs. We’d have to build an under water tunnel for the UP rail lines; this creates lots of jobs. The left over inlet would make a great water park and beach area for Jefferson City. Call it the Beach Over the Railway Envisioned (BORE). A TIF and local sales tax could help pay for a water resort hotel like the Kalahari in Sandusky, OH. This will require the demolition of some obsolete buildings for the necessary parking. The vacated state office buildings could be re-purposed as housing for the state’s homeless. Surplus housing could be demolished for grassy fields, farms, or a radioactive waste dump.

Land just south of the Stan Musial Veterans Memorial Bridge. Make a 300-foot wide ~1.5 mile long path from the river along Cass Ave (rename it Capitol Ave); this creates lots of jobs. Seems fitting that the statue of Thomas Jefferson be at the corner of Jefferson and Capitol. Fill in the orphaned I-70 lanes. With the Musial Bridge open it is clear to all to build the boulevard so we’d want to fill it in anyways. 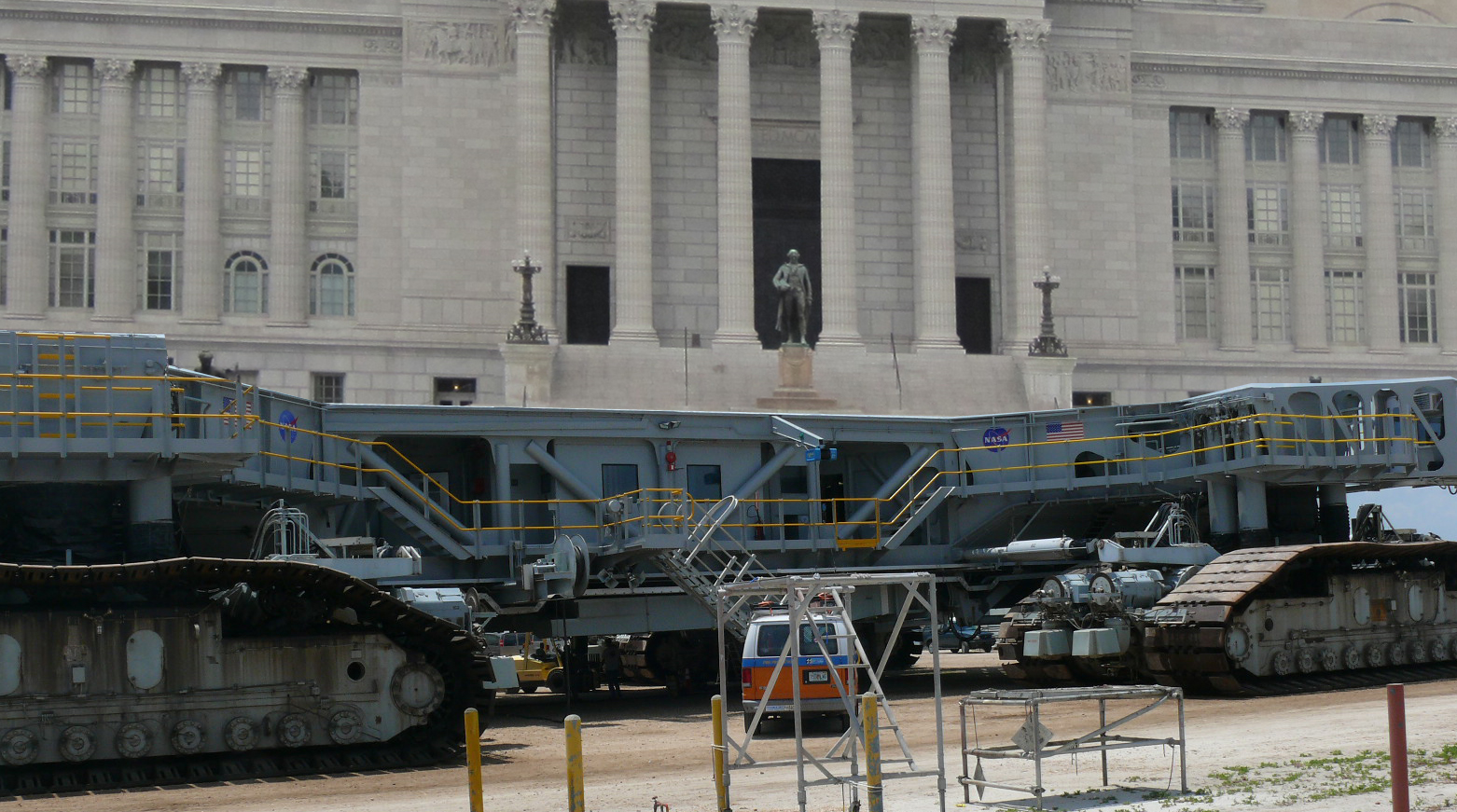 What buildings that are torn down call it Urban Renewal, or we can make a great new mall from the capital to the river. Rebuild the dome; this creates lots of jobs!

How do we pay for it? We should pass a state-wide 1% general sales tax. My estimate for the move is $2 billion, so the tax could sunset after 3 years. I estimate the move will create 67,500 jobs. On top of that the new state government activity would create 17,000 new jobs.

No net job gain you say? I can count them; everyone else does.

I profess, in the sincerity of my heart, that I have not the least personal interest in endeavoring to promote this necessary work, having no other motive than the public good of my state. By moving the capital, Jefferson City can become a sleepy river town freed from all the big-city hustle and bustle of being the seat of state government, and St. Louis (and Kansas City for that matter) can get their proper respect.

(If you’re not familiar with “A Modest Proposal”)