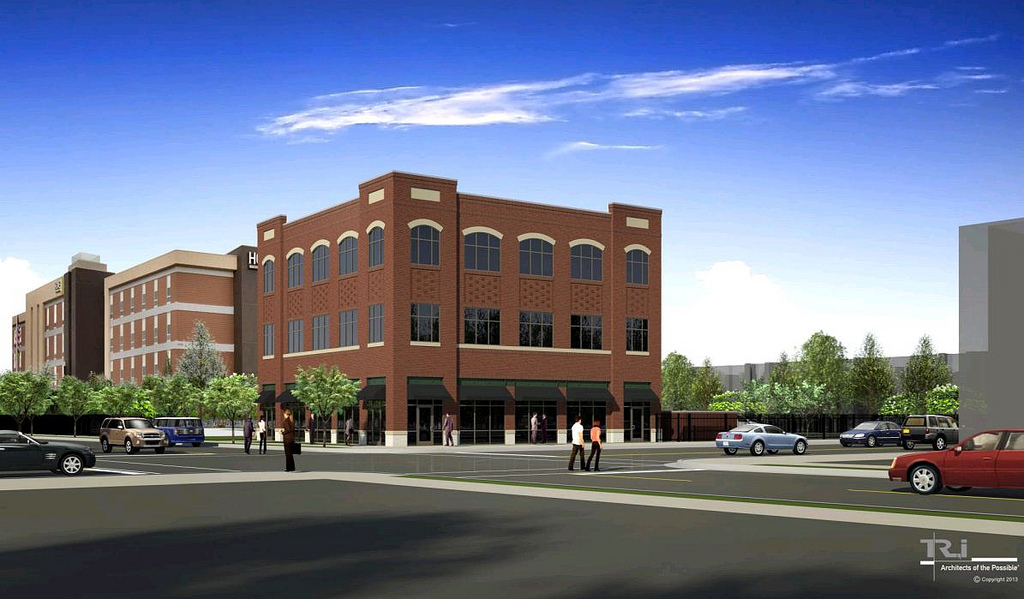 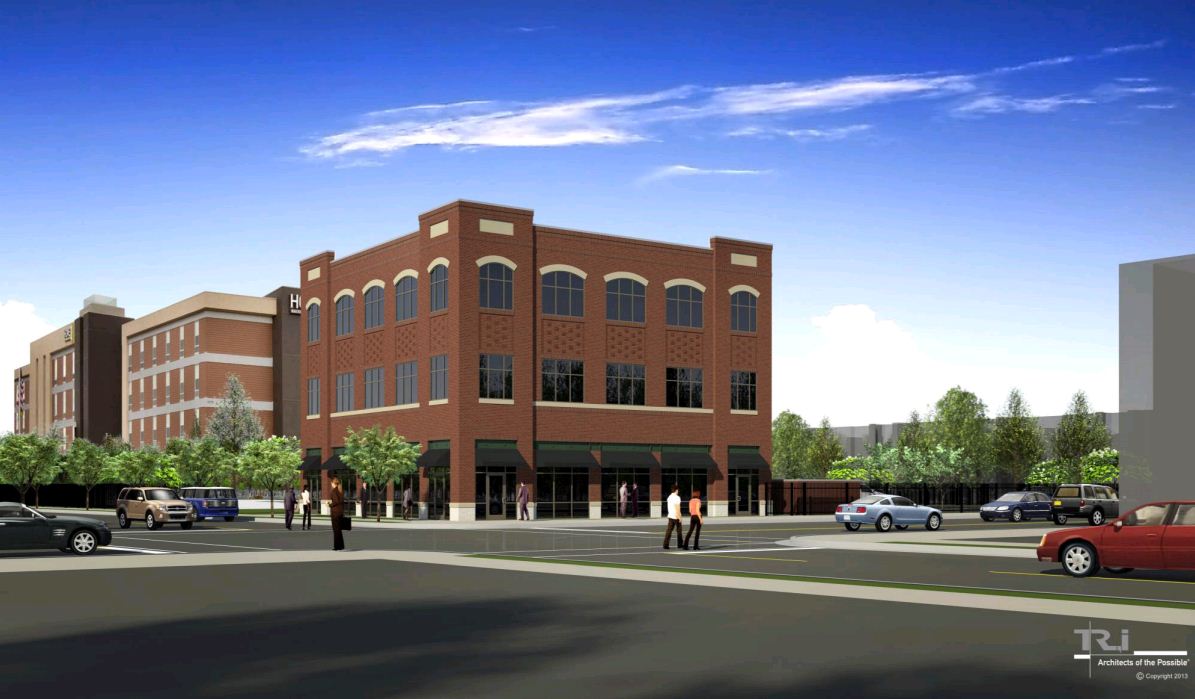 {once marked for a pocket park, a new 3-story retail/office building may sit at Chouteau & Taylor}

The developer of an extended stay Hilton Hotel is offereing a much needed revision to the site plan for the corner of Chouteau and Taylor Avenues in the city's Forest Park Southeast (AKA The Grove) neighborhood. Initially proposed last month, this site advocated for a plan that offered a corner presence either now or in the future. Where a pocket park was once labled, is a 3-story, 11,000sf retail/office building. The addition will make a significant contribution to the urban form at this corner. The initial plan can be found here on nextSTL. The plan leaves a surface parking lot facing Chouteau to the east and a better plan would have the building, even a lower building, extend to the east, presenting a physical streetwall. 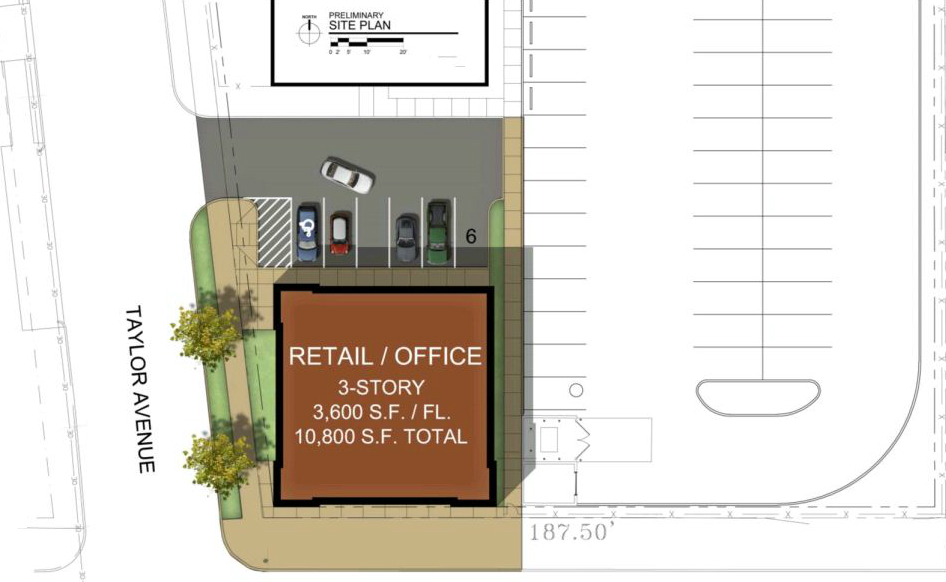 Pagano Development is planning three townhomes on lots vacant since at least 1997. A display home would be built mid-block across from Aventura on Chouteau, while two townhomes would be constructed on the northwest corner of Gibson and Newstead. The townhomes look to be nearly identical to Pagano's Magnolia Heights homes in Southwest Garden neighborhood near The Hill. Those homes are approximately 2,000sf, feature 3BR and 2.5BA and are on the market for $299K. To-date market rate for-sale new construction homes have been absent in The Grove. Now, in addition to Pagano, it's expected that UIC, known for the still growing Botanical Heights development, will have offerings in the neighborhood. 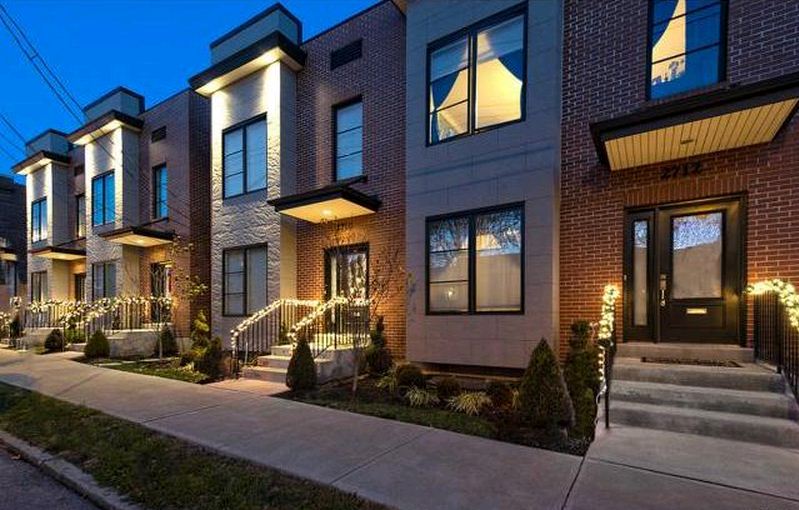 {Magnolia Heights on The Hill} 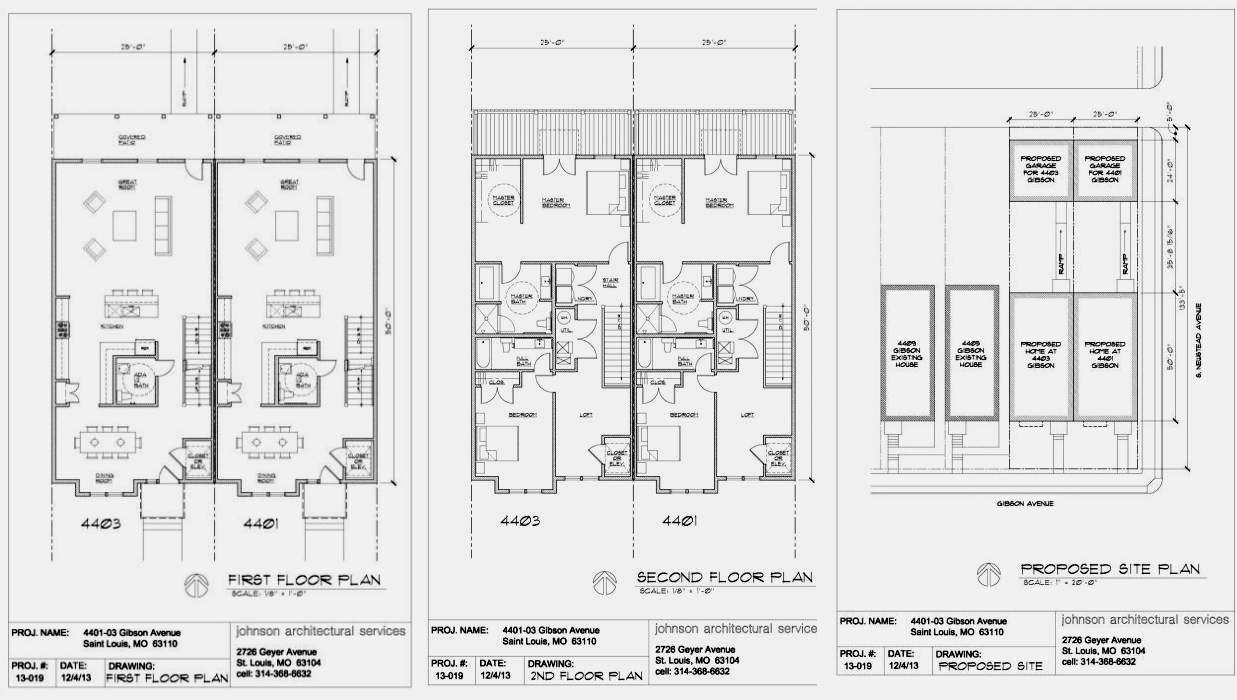 {two townhomes would occupy this lot on Gibson at Newstead, vacant for 23 years}

The revised Hilton plan, as well as the townhomes will be presented at the next Park Central Forest Park Southeast Development Committee meeting. Agendas are now posted online and meetings are open to the public. While the townhomes bring a new element to the neighborhood and the hotel revision is better, both ask for a 10-year tax abatement incentive. One has to begin to wonder if this isn't one city neighborhood that should stop offering millions of dollars in tax abatement sooner than later. 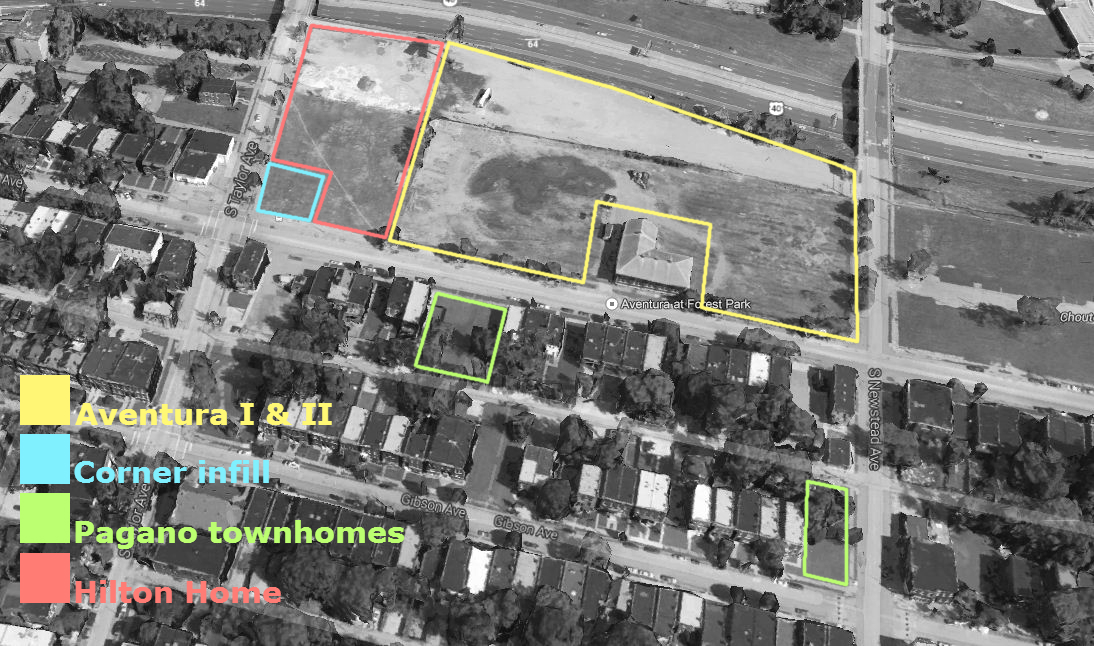 {no rendering of the hotel was available, but it appears to be a standard design such as this} 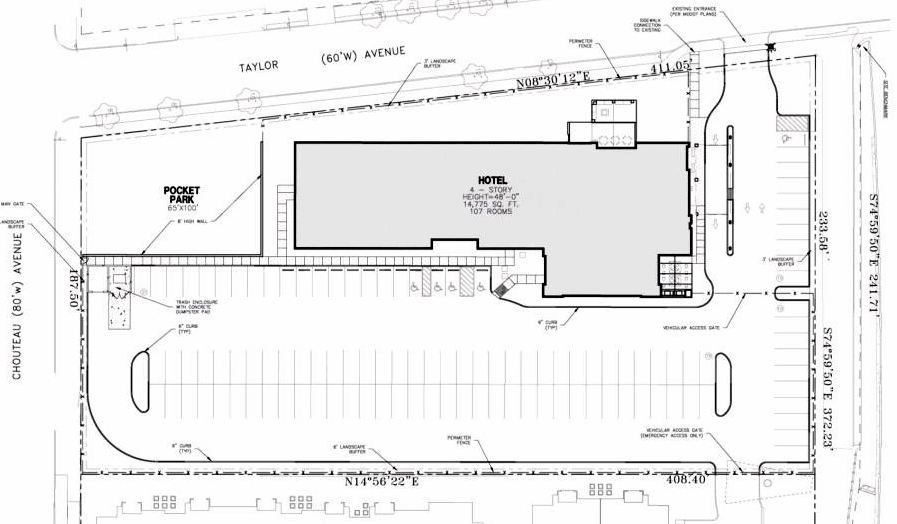