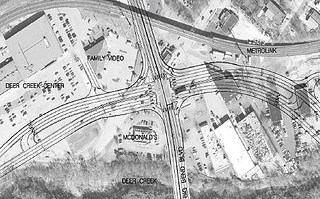 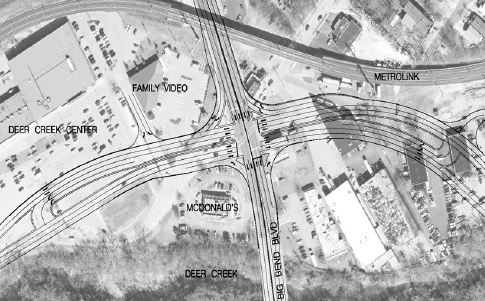 “We’re a highway department; we’re not a bicycle department.” This is how a spokesperson for the St. Louis County Department of Highways and Traffic decided to deride opposition to the proposed South County Connector project. The statement, offered to reporter Michael Calhoun of KMOX, is both revealing and a display of stunning ignorance.

There is no bicycle department in St. Louis County, nor a pedestrian department, nor a quality of life department, though there should be. The Department of Highways and Traffic, however, does exist within an environment that includes these unformalized concerns. Nearly every cyclist is also a motorist. Nearly every pedestrian also travels in a car. The idea that a highway is a highway, nothing more and nothing less, insulated from other concerns is myopic, dysfunctional and untrue.

The statement above reveals that not only is there not a “bicycle department”, but that the Department of Highways and Traffic will refuse to acknowledge the voices of those who it would derogatorily label as such. In its espoused worldview, municipalities and concerns other than level of service (for cars) and traffic throughput are obstacles to be first avoided, then dismissed and likely next attacked.

Those opposed to the South County Connector need to directly attack the flawed premise offered by highway and traffic planning. It’s tempting to use the County’s own findings to combat the project. The draft Environmental Impact Statement predicts that traffic within the study area will decrease in the coming years and that the project will increase congestion at Hanley Road and I-64. This is important to note, but even if the EIS predicted an increase in traffic, the plan is a bad idea. Traffic predictions, and their supposed impact, is pure guesswork. The county highway department is only one component of infrastructure development and clearly needs to be reminded of this fact. What if “level of service” pertained to a community, to a plan’s ability to maximize land use, tax revenue, residential development and quality of life factors such as parks and walkable neighborhoods? What if people started asking who the “improvement” part of “road improvement” served?

Traffic does not increase to a point that is breaks a community. Can anyone name a community that has failed, deteriorated, or become unpopular because there’s too much local traffic? It doesn’t happen because people have a threshold for driving in traffic. In St. Louis it’s rather low. In this way, traffic regulates itself. As a street becomes “too congested” in the judgment of drivers, they choose a different street, a different time to travel, or a different destination. Yet where are the most congested streets found in St. Louis? Precisely where people want to be. A community can build places worth going or places that lack traffic, not both. It’s that simple. No “knowledgeable, talented, experienced, courteous, hard-working (to use the words the department uses to describe their engineers) engineer can build our way out of this fact.

But seriously, who is being served by the South County Connector? Why is the St. Louis Department of Highway and Traffic Propaganda so invested in seeing it built? What is this monster that demands we build ever more and wider roads? Who is Maplewood obligated to accommodate? There’s an amorphous, ethereal call that comes from highway engineers when someone doesn’t like a highway proposal. They shout, “It’s part of the regional highway network that must be served!” But who benefits? Maplewood is being asked to bulldoze businesses, seize homes and pave more of their city so that a select group of people living in another town can pass through more easily. Selfish indeed. If more municipalities were so self-serving, St. Louis County might not have stopped adding population more than 40 years ago. The county might be home to more places people want to live, not travel through. Strong communities compose a strong county and a strong region.

Engineers are capable of building livable streets, roads that accommodate all users and best serve a community and region, but in the context of the St. Louis Department of Highways and Traffic Propaganda, they’re only giving us crap. The self-defeating focus on throughput, level of service (for cars only) and high speed interchanges only serves their drawing boards, some rogue checklist of asphalt goals. We now have nearly 70 years of local history that shows highways do not build better communities. To validate the St. Louis Department of Highways and Traffic Propaganda’s myopic ignorance, it’s perhaps not their job to recognize and correct their own obsolescence.

This is what Maplewood is doing and why its commonsense, yet remarkable, stance is important to the future of St. Louis and should be loudly supported.