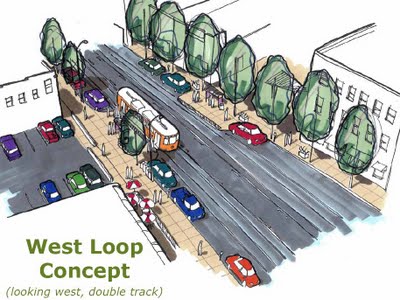 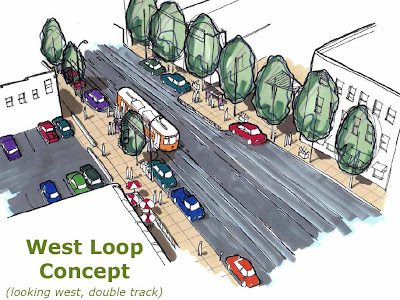 Can a neighborhood just decide that it wants a streetcar? If it could then perhaps the Loop Trolley would be well on its way to becoming reality. Residents and visitors have looked upon the restored trolleys on display at the Missouri History Museum and in the west Loop for years, but Wednesday evening gave most their first glance at what a trolley line would look like.
Click here to view a copy of the formal presentation.

Nearly 200 people gathered for the first of two short presentations scheduled for today and to view display boards and ask questions of Loop Trolley staff members. Specifically, attendees were asked for feedback on double versus single track and mixed traffic versus median tracks as well as a loop versus stub for the western terminus.

Obviously this open house was not designed to determine whether or not the public wants a streetcar or whether residents think added facilities for bicycles or something else may be an option to improve the community. Perhaps this is fitting as early streetcars were privately owned enterprises opened by land developers in order to promote their particular holdings. Why shouldn’t that be the case today?

If you believe that the Loop needs a streetcar or that this may be either a great or only opportunity to (re)introduce a streetcar to the city or that it doesn’t matter because Joe Edwards and others are going to ensure that the Loop Trolley gets built (or you’re just curious), then here are the choices that were presented:

Location of Track
Because of existing infrastructure it has been determined that west of the existing Delmar Metrolink station there will be a double track in mixed traffic. The streetcars will occupy the same lane as existing traffic and the center left turn lane will be maintained. Streetcar stops will be present as curb bumpouts as shown in the image at the top of this post. But from the Metrolink station to DeBaliviere two options were presented.

Double Track in Mixed Traffic – preserves existing median, tracks are flush with existing pavement as in the west Loop 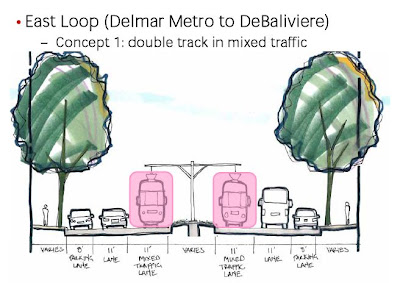 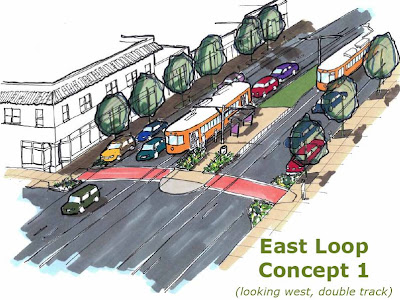 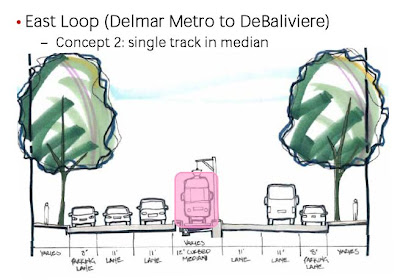 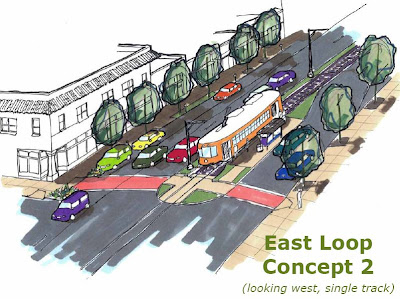 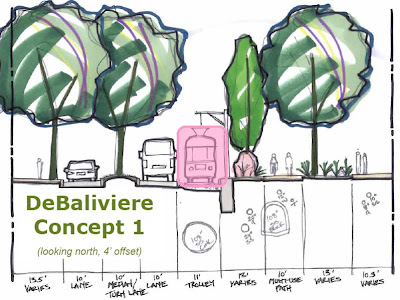 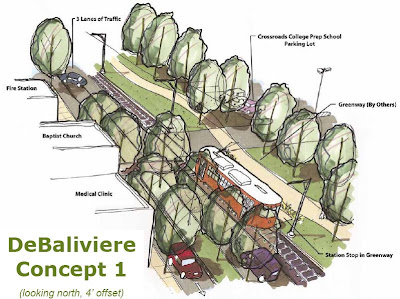 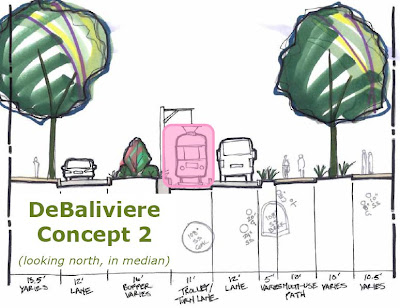 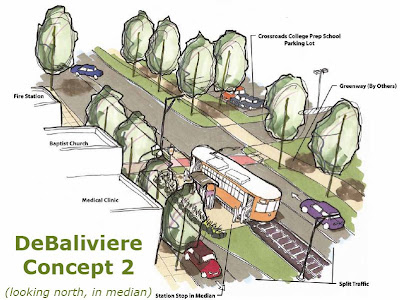 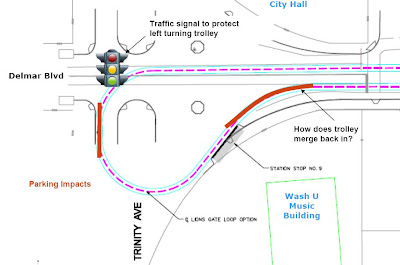 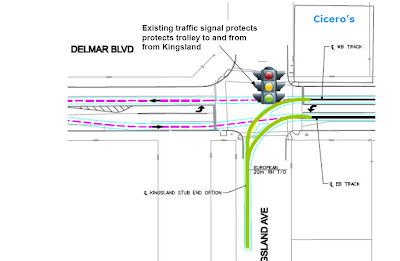 Lastly, the advisory group has decided that hybrid battery-electric replica streetcars are the preferred vehicle alternative. The restored trolley cars would have been difficult to access by those with disabilities and stops would have needed to be elevated to accommodate boarding. I believe that the replica streetcars were chosen as several members of the advisory committee believe that only vintage cars will prove to be an attraction. They may be right, but modern streetcars are the most functional, more amenable to future expansion and would look right at home in the loop. 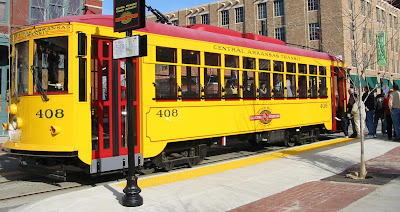