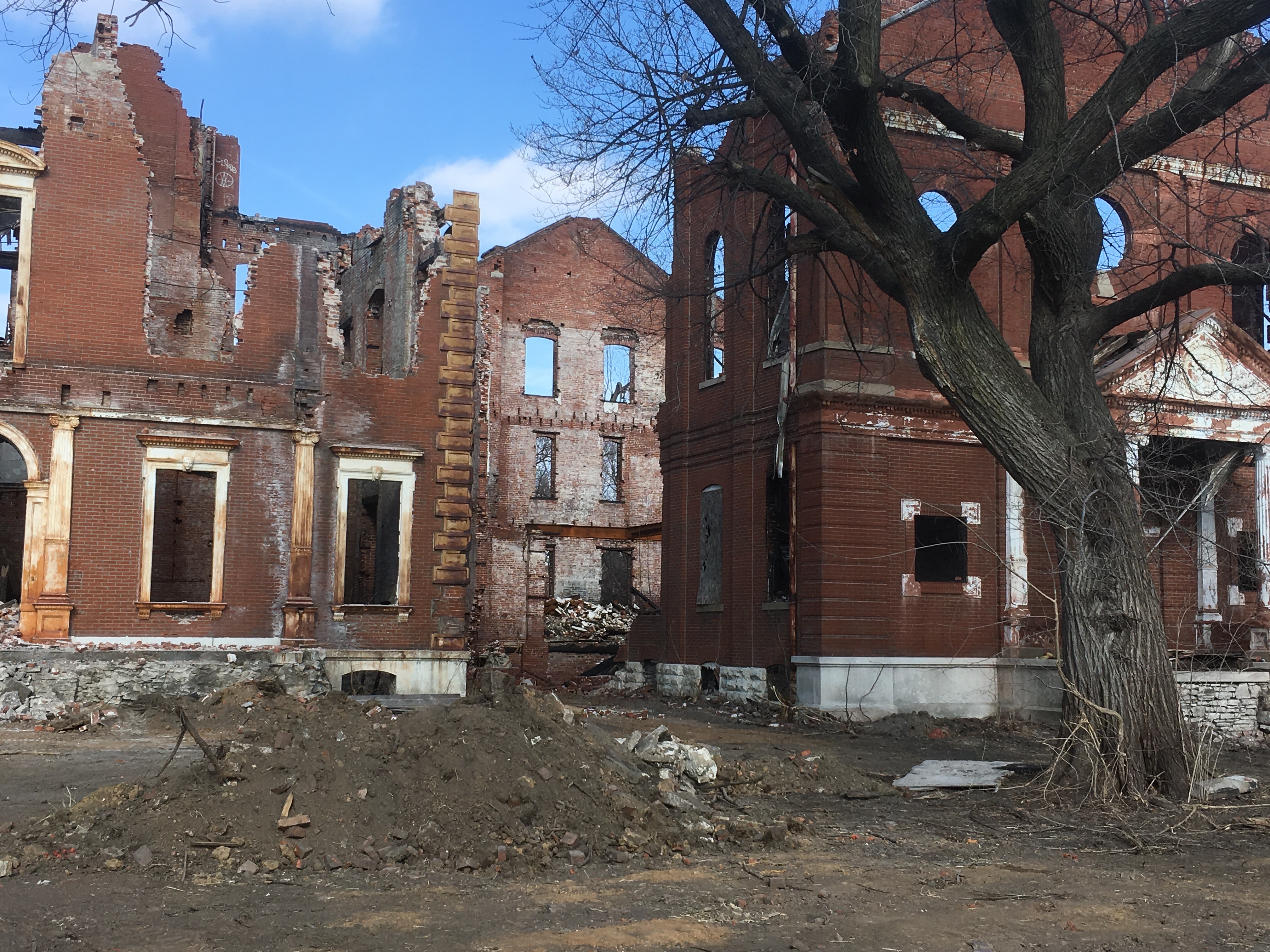 St. Louis has a long history of believing that demolition will solve all of its social and economic woes. The 20th century saw the demolition of entire neighborhoods like the riverfront, Kosciusko, Mill Creek Valley, and Carr Square. James Neal Primm’s Lion of the Valley notes that the Post Dispatch declared that the city “voted for progress – and against decay.” Walter Johnson’s The Broken Heart of America suggests that Harland Bartholomew, St. Louis’ infamous city planner, believed that the “reconstruction of the city would pay for itself in the form of new investments and an improved revenue structure.” But this didn’t happen. The demolition that was to save the city still scars the landscape over half a century later.

Yesterday, the Post-Dispatch published an article that, “Flush with funds, St. Louis plans to up its demolition game.” The article highlights demolition of long neglected McKee and LRA properties. It includes some neighbors celebrating the demolition. It is understandable that nearby residents are thankful when these demolitions take place. The buildings, in their neglected state, can often be structurally unstable or present other health hazards. They can also present a negative perception of a street or neighborhood. The article also reports that the city has an increased budget for building demolition and stabilization. But the concern should be that the city will repeat mistakes from its past.

The Black removal and clearance of Mill Creek Valley is not a perfect parallel to current demolitions that took place in the Wells-Goodfellow neighborhood in 2019. After all, these buildings are vacant and often have collapsed roofs or back walls. They are not actively displacing Black residents. But the long-term trend cannot be ignored. This is urban renewal by a different name and face. It is a longer game of displacement through neglect and then demolition. If one believes this, then demolition cannot be the answer to the city’s vacancy troubles.

The city has taken more of an interest in stabilizing buildings, in part using Prop NS (passed in 2017) funds. This is a good step. Stabilizing the city’s wealth of vacant missing middle housing is an important piece of preserving affordability for future generations. However, stabilizing buildings soon turn into a losing financial investment that sees the city at the same point of considering demolition not ten years later if it cannot get residents and businesses into the buildings. The city needs more tools to improve the housing stock in the city and particularly on the northside. Potential tools could include funding mechanisms to cover appraisal gaps, the growth of JeffVanderLou type neighborhood organizations, seizing neglected vacant properties from land bankers, and public infrastructure investment in neighborhoods with high vacancy.

One of the most significant issues with rehabilitation of long-neglected housing in North St. Louis is that the traditional funding mechanisms are broken. Appraisal gaps make it extremely difficult to improve housing on the northside because banks won’t lend to prospective rehabbers. There is an opportunity here for the city to act as a bridge financer. This could allow for many more rehabs to clear the financing hurdle. While this might be perceived as a risk for the city, the city’s livelihood is dependent on a prospering northside. The city should make every effort to foster healthy, happy, and prosperous communities on the northside.

The city also needs to encourage and aid more neighborhood organizations in rehabilitating homes. After the clearance of Mill Creek Valley, JeffVanderLou Inc. served as a blueprint in how to rebuild a community from the grassroots. In a thesis paper on the organization, Mark Loehrer wrote that, “[Macler] Shepherd and others argued they could orchestrate their own program, from the bottom up, to revitalize their neighborhood, with the central focus on housing…Shepherd and JVL created a measurably successful community development program around Shepherd’s one simple saying, ‘From the house come everything.'” The organization’s work in rehabilitating the housing stock for working class families set the neighborhood on the right trajectory until larger forces including Civic Progress derailed the neighborhood’s progress. Investing in neighborhood organizations to recreate JVL’s practices across the northside has the potential to rehabilitate many more buildings as opposed to demolition. More importantly, it has the potential to empower residents who currently live in those neighborhoods and does not simply serve to attract new white residents with some type of clean slate approach akin to Paul McKee’s Northside Regeneration.

Speaking of McKee’s Northside Regeneration, the city should work to seize neglected vacant properties from land bankers who are intentionally letting the city’s fabric rot. Thanks to Peter Hoffman and the St. Louis Vacancy Collaborative, there appears to be a path forward for litigating these properties away from land bankers with little regard for the communities they own property in. Mark Groth wrote all about this a few weeks back in his article, “Seeking solutions to generations of abandonment and neglect.”

The city can also make concrete improvements in the public infrastructure on the Northside. Road diets like that seen on Natural Bridge offer improved safety for residents. Additionally, the public investment in those neighborhoods sends the opposite message that was given to residents of Mill Creek Valley in the 1950s; it sends the message that the city wants residents to stay and prosper. In addition to road diets, the creation and improvement community centers and parks can help to provide tangible benefits for residents to live and invest in their neighborhoods. The city also needs to plant trees throughout the northside. The health effects a proper tree canopy cannot be understated. These are not the only public infrastructure improvements the city can make, but they would be a valuable start to encourage investment as opposed to demolition.

The city should use demolition only as a last resort. More importantly it needs to add more tools to prevent its vacant housing stock from getting to the point that demolition is necessary. With the influx of new funds, St. Louis has an opportunity to make some strategic changes to how it approaches vacancy. I hope that the city actively attacks the challenge from as many directions as possible rather than sitting back.