There’s great news in Dutchtown as we enter 2022: Lutheran Development Group has received funding for Marquette Homes, a transformative project that will bring 60 new and rehabbed affordable housing units to the neighborhood!

What Is Marquette Homes?

The Marquette Homes project includes 14 buildings and lots that will comprise over 54,000 square feet of residential space, as well as one small commercial unit, throughout the northern portion of Dutchtown and into Gravois Park. Lutheran Development Group will execute the project in partnership with Rise Community Development. Following environmental and historic reviews, construction should kick off in the next 10 to 18 months and be complete approximately a year after the start date.

Marquette Homes will bring 60 affordable residential apartments to the Greater Dutchtown neighborhood—32 rehabbed units and 28 new construction units. Of those units, ten will be one-bedroom apartments, 14 will be two-bedroom units, and 36 will feature three bedrooms. The three-bedroom units are an especially important addition to the neighborhood’s housing stock, as many available units are smaller and only feature one or two bedrooms. Monthly rents will range from $390 to $885. To qualify for rental, most applicants must earn at or below 60% of the area median gross income (AMGI). Some units require an income of 30% AMGI.

This overgrown vacant lot between Chippewa and Keokuk will return to life with new residential construction on the empty parcel owned by the city’s Land Reutilization Authority (LRA).

A modest four-family apartment building in need of significant repairs will inject some new life just a block away from Marquette Park.

Further west on Chippewa, this double lot on a hill features a diminutive old home that has slowly been returning to nature for the last two decades under the ownership of the LRA.

This vacant lot, empty for ten years, will fill in the space between multi-family housing and a mixed-use property that is currently undergoing a massive rehabilitation. The project is just half a block away from Lutheran Development Group’s headquarters at Chippewa and Minnesota.

This sturdy four-family flat at Louisiana and Alberta will see new rehab and a return to quality affordable housing in Dutchtown.

Featuring white glazed “bakery” brick across the front, this lovely four-family flat will come back to life on brick-paved Minnesota, just half a block north of the Marquette Recreation Center and Thomas Dunn Learning Center.

This long-vacant lot at Compton and Winnebago will bring new housing units to this corner just a block from the Gravois Park’s namesake neighborhood green space.

These three unsold lots are located in the incomplete Keystone Place housing development. The subdivision, mostly built in the early 2000s, will finally see new construction rise to fill in several of the gaps. The lots were all assigned to the LRA after the developer went bust around the time of the housing crash.

Near the Dutchtown–Gravois Park border, this handsome four-family flat will see the boards come off its windows and doors soon.

A pair of vacant and boarded apartment buildings between Miami and Potomac, these four-family buildings have been spared from the wrecking ball and will return to life in Gravois Park.

Perhaps the crown jewel of the Marquette Homes project, this three-story building in the heart of Downtown Dutchtown will see a massive rehab project undertaken. Vacant for nearly 15 years, the building will feature a vital commercial space at street level and apartments above.

How Is the Project Funded?

The primary funding source for the Marquette Homes project is the sale of federal and state Low Income Housing Tax Credits (LIHTC). In addition, the project will receive Historic Tax Credits, funding from the City of St. Louis, and a loan that will be paid through future rents. The total cost of the project is over $16.5 million, an amazing and much-needed injection of capital into the disinvested Greater Dutchtown neighborhood.

Lutheran Development Group has been pursuing the tax credits for over five years, facing an uphill battle securing the credits through a highly competitive process with the Missouri Housing Development Commission (MHDC). Between 2018 and 2020, the State of Missouri in fact stopped matching federal LIHTC awards, placing an even greater strain on the availability of these tax credits that are so vital to the development of affordable housing in Missouri. The partial LIHTC match returned in late 2020. “The need for affordable housing is so great, yet the resources are limited,” says Shearman. Competing with other developers for a piece of the LIHTC pie is no easy task.

Lutheran Development Group was established in 2015 with the aim of raising up the communities around their churches. The Lutheran Church, with its German forebearers, has extensive roots in the Greater Dutchtown area. The neighborhood was once home to Concordia Seminary. Holy Cross Lutheran Church, on Miami Street in Gravois Park, was established in the 1850s and remains a neighborhood anchor to this day. Lutheran Development Group partnered with Holy Cross to establish Intersect Arts Center and Eagle College Preparatory School, just east of the church.

In the latest round of LIHTC funding, Lutheran Development Group also secured tax credits for their Baden School Apartments project on the North Side. The project will transform the 1907 William Ittner-designed elementary school on Halls Ferry Road into 50 affordable apartments. Like Dutchtown, Baden has extensive roots in the German Lutheran community, has suffered from disinvestment in recent decades, and is poised for a rebound thanks to persistent neighbors and new investments such as the Baden School Apartments.

NextSTL – The St. Louis Schools of William B. Ittner

Back in the Greater Dutchtown area, Lutheran Development Group delivered the Chippewa Park project in 2018. Chippewa Park includes 15 rehabbed buildings containing 46 affordable housing units and three commercial spaces. After completion, Lutheran Development Group moved their headquarters to a beautiful new space at Chippewa and Minnesota and set up their Rooted Property Management office across the street.

This article was originally published at DutchtownSTL.org, an outlet for Dutchtown news, resources, and information that is a joint effort of Dutchtown Main Streets, the Dutchtown Community Improvement District, and other neighborhood partners. 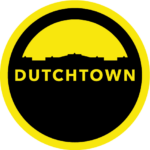 The mission of DutchtownSTL.org is to evangelize for the Dutchtown neighborhood (defined broadly) and share its present, past, and future with our residents, neighbors, visitors, and anyone else who happens to drop by. You can find out all about what’s happening in our corner of the South Side at DutchtownSTL.org, on Facebook and Twitter (@dutchtownstl), and on Instagram (@dutchtownstlouis).