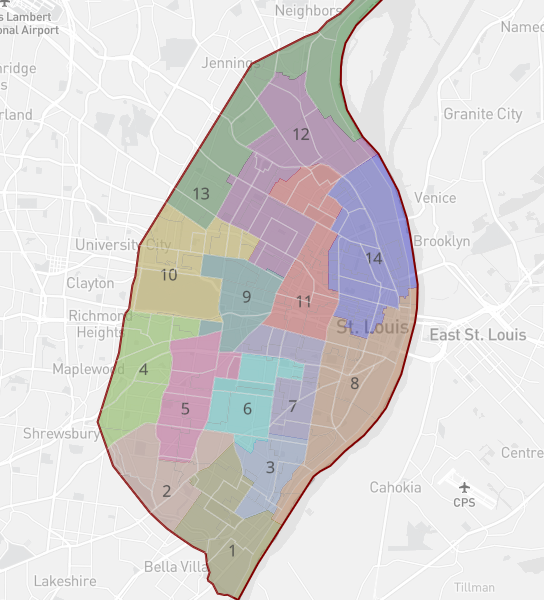 The St. Louis Board of Aldermen assigned ward numbers and passed a ward map today, BB 101. Candidates will run for 2 year terms in odd-numbered wards and for 4 year terms in even-numbered wards in 2023. After that even and odd wards will have elections every four years as their terms come up.

It was a priority to put whole neighborhoods in a single ward or at worst two wards.

The reduction in wards from 28 to 14 puts some aldermen in the same ward. We shall see who chooses to run again.

What do you think of your new ward?