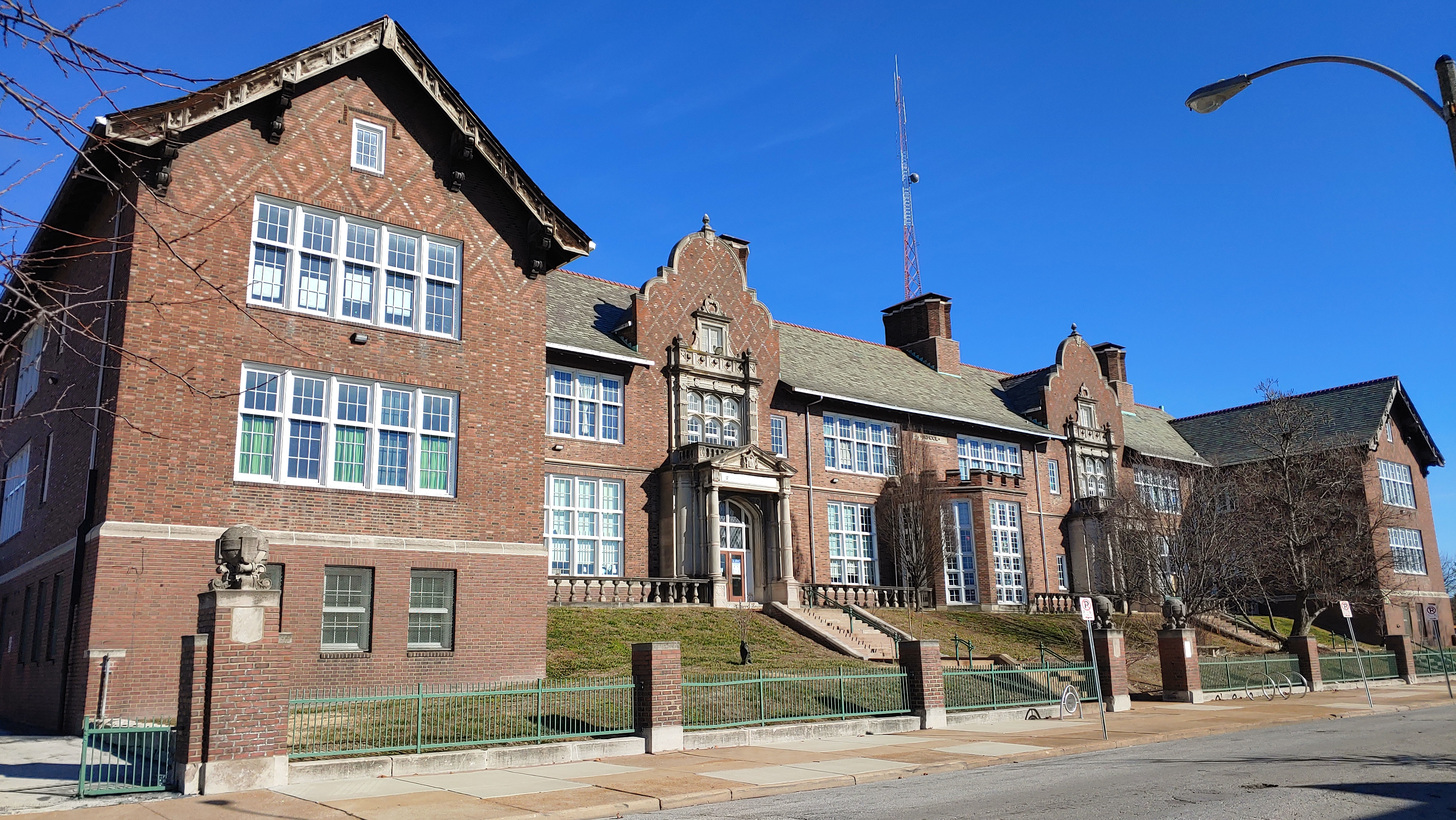 Forward Through Ferguson is studying the inequities in public school funding in St. Louis City and County. Merging school districts to merge tax bases and to increase resources to under-resourced children is an even bigger hill to climb than merging municipalities or individual local government functions like policing or courts. Using distance and price floors on housing and transportation as a tool to resegregate schools has been implemented time and time again in the St. Louis region since Brown.

A clever, albeit unsavory, strategy employed by municipalities has been to leverage common infrastructure assets and labor markets to lure non-resident shoppers to fund their cities with sales taxes and not levy a property tax. This leaves room for higher property taxes for schools. This has set up positive self-reinforcing feedback loops – Sort, exclude, leverage fragmentation, repeat. The loops fortify disparities year after year.

Stl Mag – Forward Through Ferguson is building a task force to tackle the ‘redesign of education funding.’ Here’s what its latest report found

So how to implement more equitable school funding locally? Merging school districts would combine the tax bases, but predominately Black schools could still be ignored by the unified school district. Ensuring interest in resourcing all schools would require a lot of busing to even out the racial makeup of individual schools. That wastes a lot of time, diverts money outside of the classroom, pollutes, etc. And is probably politically unviable. We saw what happened last time – hundreds of thousands of people moved out of the city of St. Louis.

This is partly because of the vast difference in property wealth in our region: the median assessed value of the property in majority White districts is $181,899/student compared to $97,751 in majority Black districts.

A commercial property tax pool would take action by the state government, perhaps even a constitutional amendment. Let’s set that aside for the moment and Do the Math!

Note I’m using assessed value and not taking into account that which is TIF’d (in effect taxed, but diverted to pay off TIF bonds). The CAFRs may say how much assessed value is TIF’d, but they don’t break it out among residential and commercial. That may be fodder for a future post, or a level of detail that takes a highly-paid consultant to figure out. Also I have left out the Meramec Valley School District for simplicity.

The highest is $220k per pupil in the Clayton School District and lowest is $6.3k in the Riverview Gardens School District. That’s nearly 35x difference.

The property tax on commercial property raises $419M or $2,713 per pupil. A revenue neutral commercial property tax rate would be 4.8829. That would be a tax increase in seven school districts and a cut in the rest. Or we could keep the differences in rates and as a whole city and county vote to raise or lower rates by equal amounts or percentages as we see fit.

Eight school districts would receive less from the pool. Clayton, Brentwood, and Pattonville lose the most,
$8,165, $7,080, and $4,961 per pupil respectively. The rest would receive more with Riverview Gardens, Bayless, and Jennings the most, $2,356, $2,250, and $1,837 respectively. A tax increase to ensure no district lost revenue and keeping the per pupil amount equal across the area would be huge. Perhaps the pool should apply to additional commercial assessed value in the future. That wouldn’t do much in the short term, but with inflation, appreciation, and new construction the pool would apply to an increasing portion of commercial assessed value over time.

St. Louis Public Schools would gain $130 per pupil (Remember I haven’t taken into account that which is TIF’d). If I include the 1.1077 I subtracted from the property tax rates to account for the SSD, SLPS would lose $513 per pupil. Perhaps joining the pool and joining the SSD should be concurrent for SLPS.

How the pool would affect how the state’s contribution to school districts should be evaluated and changes considered and implemented depending on those effects.

The disparities in commercial property value across districts is mighty. A pool could address it. Let’s discuss St. Louis!