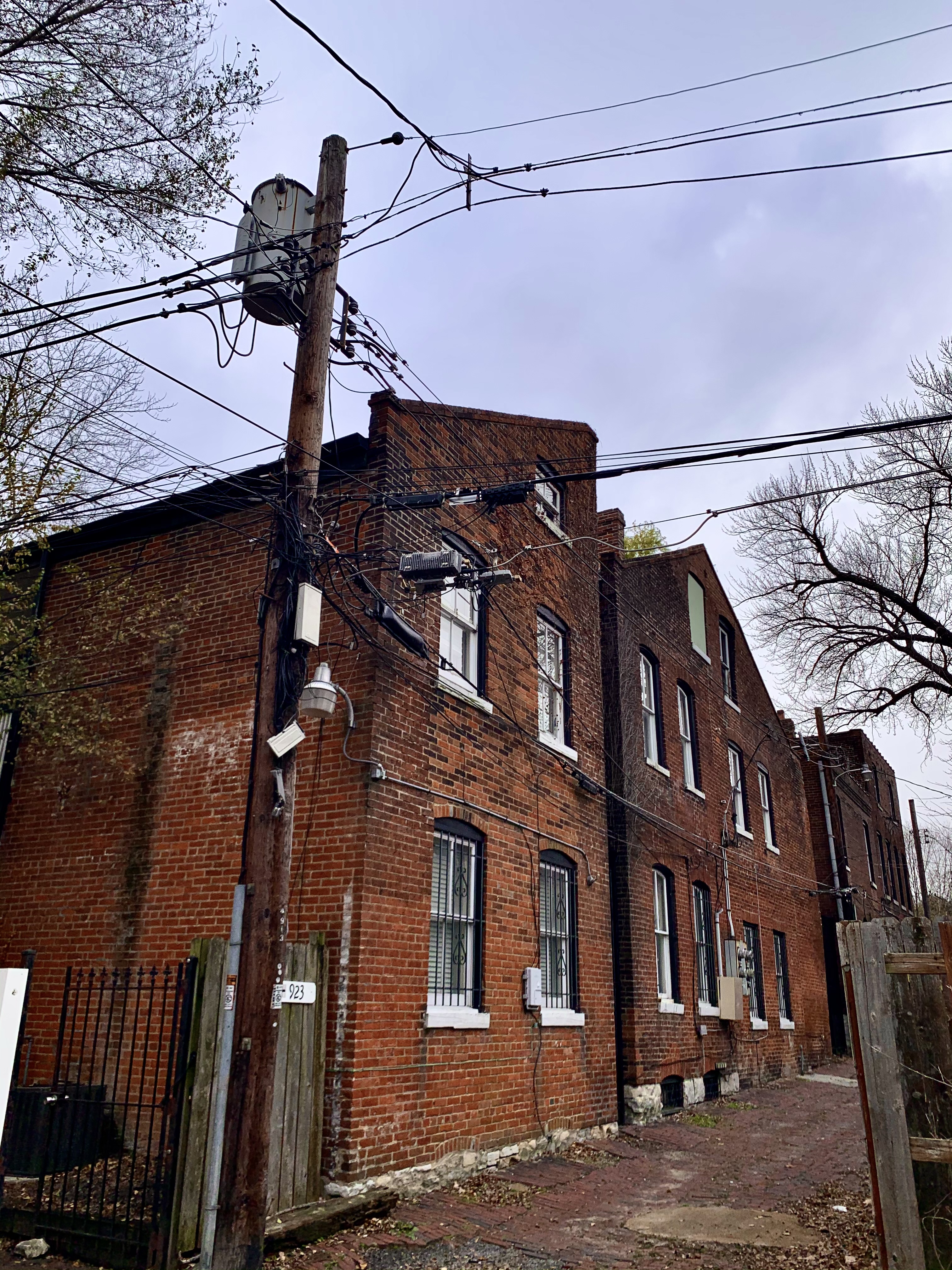 In 1870, St. Louis had roughly 310,000 people in the city, which is roughly the same size of the city today. However, at the time, St. Louis only went out to Grand Avenue, and even then, many of the areas west of Jefferson were undeveloped and rural in nature. At the time, St. Louis managed to fill in almost every square foot of space in its urban core, and this allowed the city to rapidly expand while maintaining a small urban footprint. Today, the Soulard neighborhood provides a look into this 19th century past, as many of its buildings that were there in 1870 still survive. These buildings are evidence of how the city was able to achieve such high population density.

Compton and Dry’s Pictorial St. Louis, published in 1876, offers a comprehensive look at the city as it appeared in 1875, and alongside the abundance of row houses, another key feature of urban neighborhoods was the presence of numerous alley houses. Alley houses were built at the rear of the lot, facing the alley, and were typically built as rental units to provide the owner of the lot with an extra source of income. In Soulard, these alley houses provided a place to stay for many immigrant families, who came to St. Louis from Germany and Eastern Europe. These immigrants worked around the neighborhood in local businesses, such as butcher shops, bakeries, breweries, factories, and many other small shops and businesses located throughout the neighborhood. The alley houses provided affordable housing that allowed for the neighborhood to fill with people. The high population density also resulted in numerous residences located within a short walking distance of numerous shops and businesses. When urban neighborhoods were developed prior to 1880, alley houses were considered a common part of the development process.

Starting in the 1880s and 1890s, the introduction of streetcar suburbs in central and western St. Louis neighborhoods were developed with setbacks for the housess, and alley houses began to fall out of favor. In many cities, zoning laws in the early 20th century prohibited the construction of the alley houses. As automobiles became more popular in the middle of the 20th century, many of the alley houses were demolished to make room for garages or parking spaces behind the homes. After World War II, the construction of the suburbs and the urban renewal projects in the urban core combined to make alley houses a rarity in present day St. Louis. Outside of Soulard, alley houses are often scattered throughout neighborhoods, and most of them are located east of Grand.

As St. Louis rebuilds in areas that have lost population in the 21st century, perhaps taking notes from our city in the 19th century would help to rebuild population density in the core of the city. In other cities, the idea of ADUs, or Accessory Dwelling Units has become an increasingly popular solution to address the issue of affordable housing. The city of St. Louis has many areas that have been depleted of residents and others that are quickly becoming more and more expensive. Alley houses provide a solution to both issues by adding affordable residences to the city’s neighborhoods. St. Louis should focus on preserving the remaining 19th century alley houses, and building new ones in places with lower population density. With affordable housing being at the forefront of many discussions on urbanism, St. Louis should look at how we addressed the issue in the 19th century for suggestions.

Nathan Jackson is the owner and founder of the Facebook page and tour company, St. Louis History and Architecture. His primary area of expertise is with 19th century and early 20th century St. Louis history. Nathan is a lifelong St. Louisan, and currently lives in the Tower Grove East neighborhood.