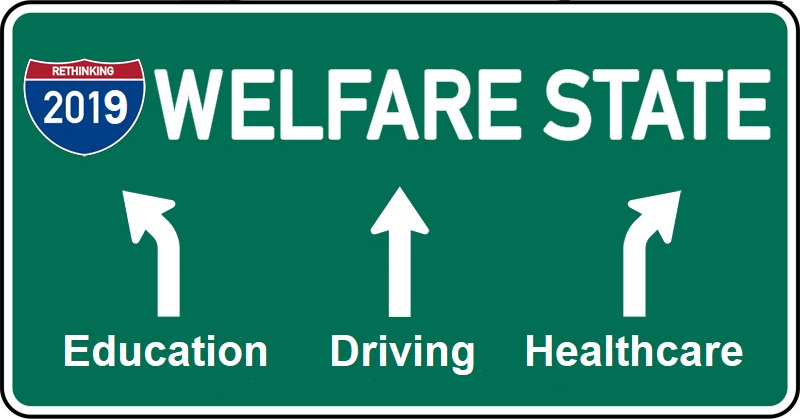 State Representative and Budget Committee Chairman Cody Smith (R) is proposing a $100M driving subsidy from Missouri’s general revenue. The driving lobby has been crying for more funding for years. The state built more miles than it can take care of running the program like an unfunded pension system- making promises, but not accounting for the long-term liabilities of those promises. The abdication of previous generations has left us holding the bag and now those liabilities are coming home to roost.

Voters rejected a 0.75% state-wide sales tax increase in August of 2014. Last November voters rejected a 10 cent per gallon fuel tax increase. Despite the clear message from voters, the Governor and legislators are grasping to find a way to spend more on roads and bridges.

Governor Mike Parson is proposing a $350M bond issue. Missouri took on debt last decade. Today we’re paying for those roads plus interest crowding out current needs. The state has spent an average of $313M per year on debt service over the last five years.

Rep Smith, looking to avoid spending on interest and fees on bonds, is proposing using $100M per year in general revenue for the next five years to be spent on roads and bridges. General revenue that could be going to schools, healthcare, aid to the poor, state park maintenance, etc.

StreetsBlog – How Driving is Encouraged and Subsidized — By Law

Legislators are exploring other ideas to spend more on roads and bridges. There are two bills, HB500 by Representative Aaron Griesheimer (R) and SB201 by Senator Gary Romine (R), that would replace the current registration fee with one based on fuel economy. SB201 would charge a base fee of $24 on vehicles less 29 mpg combined (not sure whether combined means sum or average) city/highway fuel economy and $6 more for each additional mpg.

This attempts to account for higher efficiency vehicles buying less fuel thus paying less fuel tax. We know in fact that the subsidy stream among road users is towards heavier vehicles as their lower fuel economy is dramatically out-paced by the damage they do. Also changing Missouri registration fees leaves out-of-state drivers off the hook.

An amendment HJR17 proposed by Rep. Jeff Messenger (R) would allocate additional revenue, if a law were passed to tie registration fees to inflation, to:

Conspicuously absent are cities and counties that receive 15% and 10% respectively from current revenue steams.

Sen. Bob Onder (R) in SB190 proposes another driving subsidy by diverting 0.5% of the state’s 3% sales tax that goes to general revenue (schools, healthcare, aid to the poor, state parks, etc) to transportation. All revenue would be deposited into the state’s road fund over five years. In 2017 that would have subsidized driving with $422M in sales taxes.

No one is proposing shrinking the system- the 7th largest state-maintained system in the nation.

Here’s an idea the legislature should empower cities, counties, and school districts to impose their own fuel taxes to pay for transportation needs. Let them tax and spend money or not as they see fit. School districts dependent on busing could fund it via fuel taxes and the state could back out of that funding and put more into the classroom. Cities and counties could fund productive streets and roads not currently funded by the state.

On the other hand opening up the flood gates to general revenue bolsters the case for Missouri taxpayers to insist on more general revenue funding for intercity rail, light rail, air, bus, bicycle, and walking infrastructure and services.

Rep Smith – The solution to fix our roads isn’t to go further into debt, but instead, to invest wisely and responsibly in our transportation network with the funds we have available

The system has done a terrible job of “investing wisely,” by adding 7,910 lane-miles to the state system since the last fuel tax increase in 1996, spreading out our communities and burdening us with too much to take care of. Our system is in desperate need of reform before it is fueled with more money.