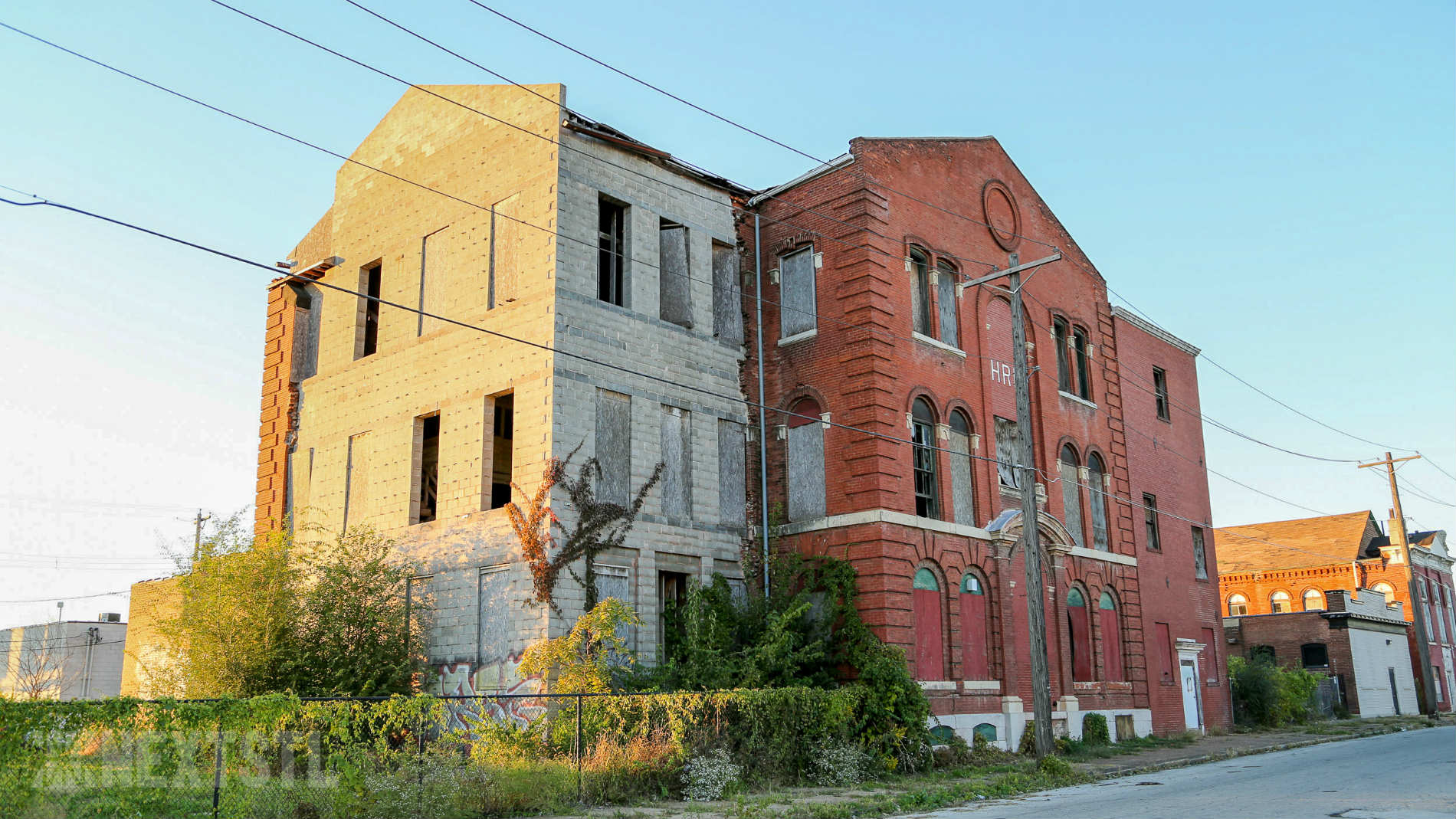 As of December 2018, the Mullanphy Emigrant House is under new ownership. The property was listed for sale in October 2018 and advertised as a significant and timely development opportunity with close proximity to the future site of the NGA West campus. Dr. Wahied Gendi, an emergency room doctor and co-owner of W&W Real Estate which purchased the property for $130,000, says “the purpose for the Mullanphy emigrant home was so noble. I think that it could serve a similar purpose again.”

The Mullanphy Emigrant House, located at the northwest corner of N Florissant Avenue and N 14th Street, was built in 1867 to meet the housing needs created by a rapidly growing St. Louis in the years leading up to and following the Civil War. Designed by architects George I. Barnett (one of St. Louis’ first professional architects) and Albert Piquenard (well-known for designing the capitol buildings in Iowa and Illinois), this ornate 22,950 square foot structure provided dormitory-style housing for those recently emigrated to the country on their way to St. Louis or further west. Construction cost roughly $30,000, with a portion of those funds donated to the Mullanphy Emigrant Relief Fund. A journal published in 1870 indicated that in a 6-month period, the Mullanphy House provided housing to 966 emigrants and travelers, accounting for 3,180 days of stay for all individuals. In addition to housing, aid in the form of medical attention, clothing, and even employment were furnished when necessary.

The Mullanphy Emigrant House served its as-built purpose for only a short time until 1877 before being converted into a school. The House’s next owner was the Absorene Manufacturing Company – a producer of wallpaper cleaner, among other products – who o the property from 1927 to 1996. This company had no use for the architectural detail of the structure and removed much of the ornamentation. After Absorene vacated, the Old North St. Louis Restoration Group became the caretaker for the house.

In 2006, a storm broke through the structure on the southern side, reducing nearly the entire wing to rubble. Near the end of 2007, fueled by neighborhood groups, E.M Harris Construction Company, the Masonry Contractors Association of St. Louis, and many others donated funds and labor to stabilize the building.

Dr. Wahied Gendi of W&W Real Estate and his wife plan on further stabilizing the structure over the coming year, saying that they have already been meeting with contractors to review the structural and restorative needs. Then they plan on assessing the possibilities of what might become of the interior. Among the mentioned potential uses was included a community center and hotel. Initial estimates indicate a project cost of at least $4 million.