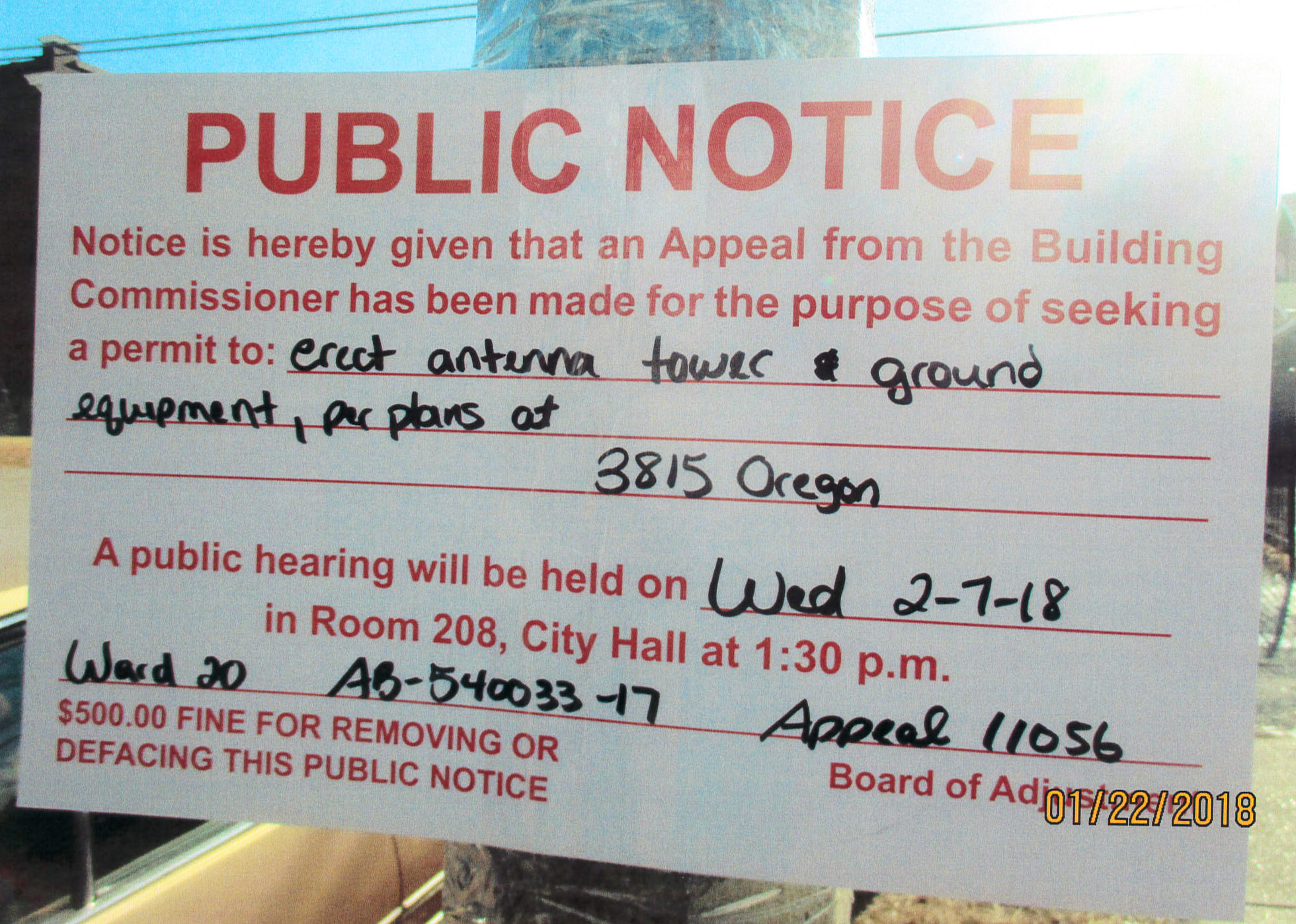 The location in question is a vacant lot with a small one-story building at the far end. Next to it is a two-story duplex, across the street another two-story building. In fact, as far as the eye can see, the buildings are one, two, and very rarely three stories high. A cell tower five times the size of its neighbors would stick out like a sore thumb. 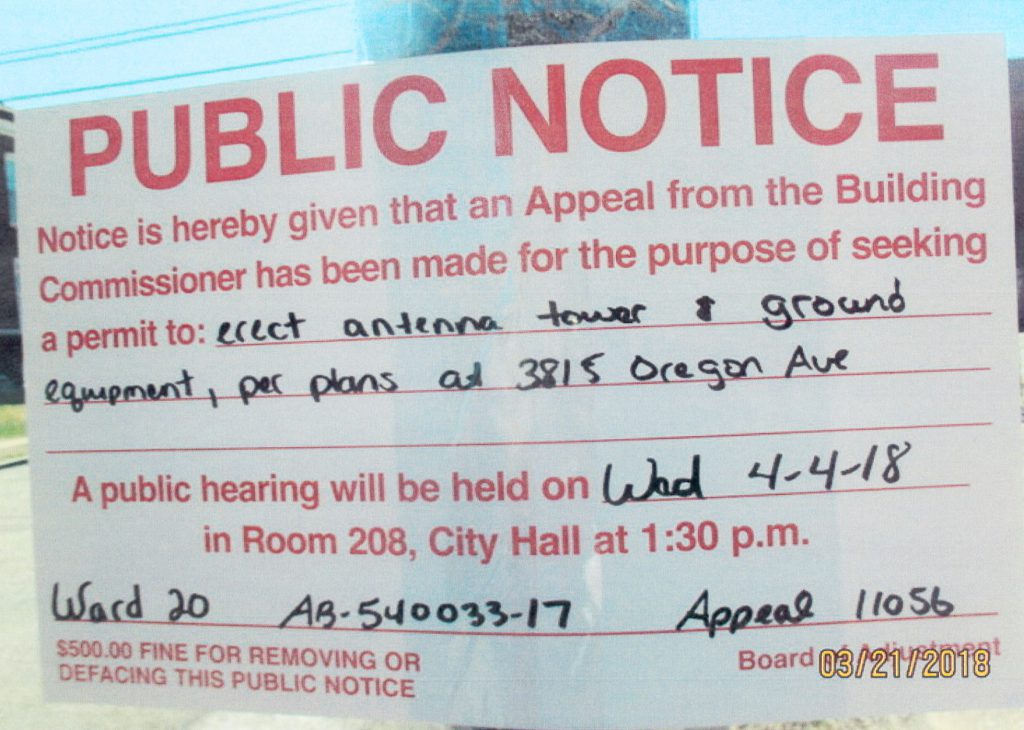 Local zoning ordinances require a hearing, neighborhood notification and facilitate community input. Neighbors have rightfully sent in letters of opposition, suggesting that a cell phone tower might be more appropriately placed further away from other structures or on top of an already tall building. They made it clear that they did not want a cell phone tower as an immediate neighbor in a predominantly residential area, along a commercial corridor that through a concerted effort of the community – is making a comeback. 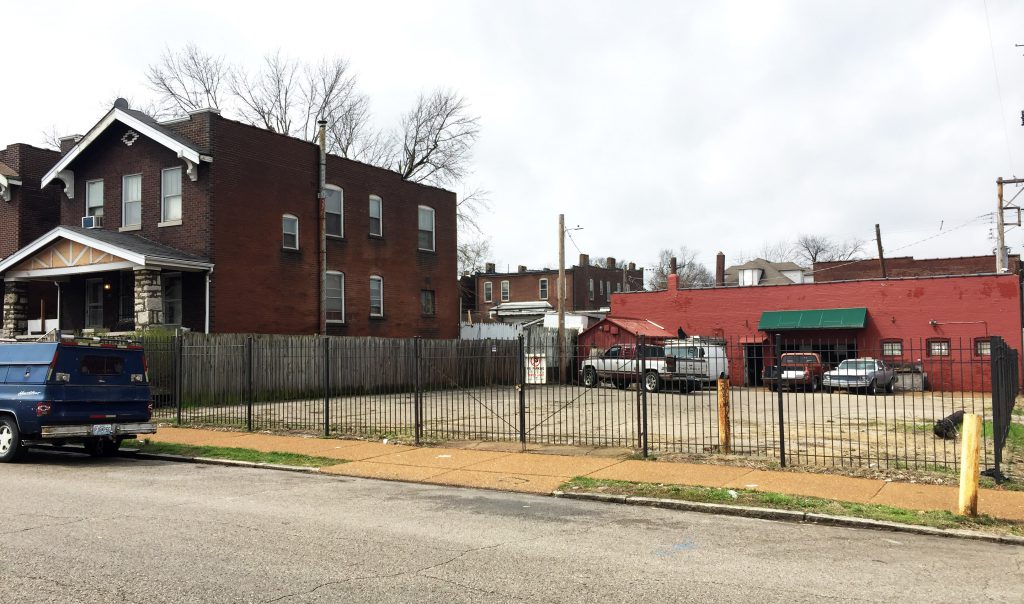 But now, the state legislature wants to remove local control of wireless infrastructure.

The Uniform Small Wireless Facility Deployment Act (HB 1991) would give telecom companies the power to place cell phone towers wherever they want. The bill passed the House and is currently making its way through the Senate. It would prohibit permits, fees and zoning laws for many wireless installations and give telecom companies the right to install antennas on existing public infrastructure.  It not only strips local control but removes all taxing authority for local municipalities to drive the revenue cities could use to oversee the safety and proper installation of such facilities.

Does free rein to telecom companies mean we will get improved service? Starting in 1997, Missouri has been protecting and subsidizing the industry with some of the most pro-telecom legislation in the country. The result? Missouri has the 4th largest population with no high-speed access, in fact, 20% of Missourians have absolutely no access to high-speed internet. And as municipal authority has decreased through legislation, the Missouri ranking on Internet access has worsened.

This bill is nothing more than corporate welfare – subsidizing the cost of wireless installations with no promises of improved service. Allowing companies to install equipment on existing public facilities without any additional cost is essentially a corporate giveaway.

Cities across the state of Missouri should oppose this bill and instead require wireless carriers to reinvest profits into capital expenses that fit into neighborhood plans. Cities and their residents shouldn’t be forced to just deal with telecom infrastructure wherever companies deem best to install. Telecom companies should be required to work with local municipalities and their residents on solutions that work for all.

Editor’s note: Updated to include the most current version of the public notice.