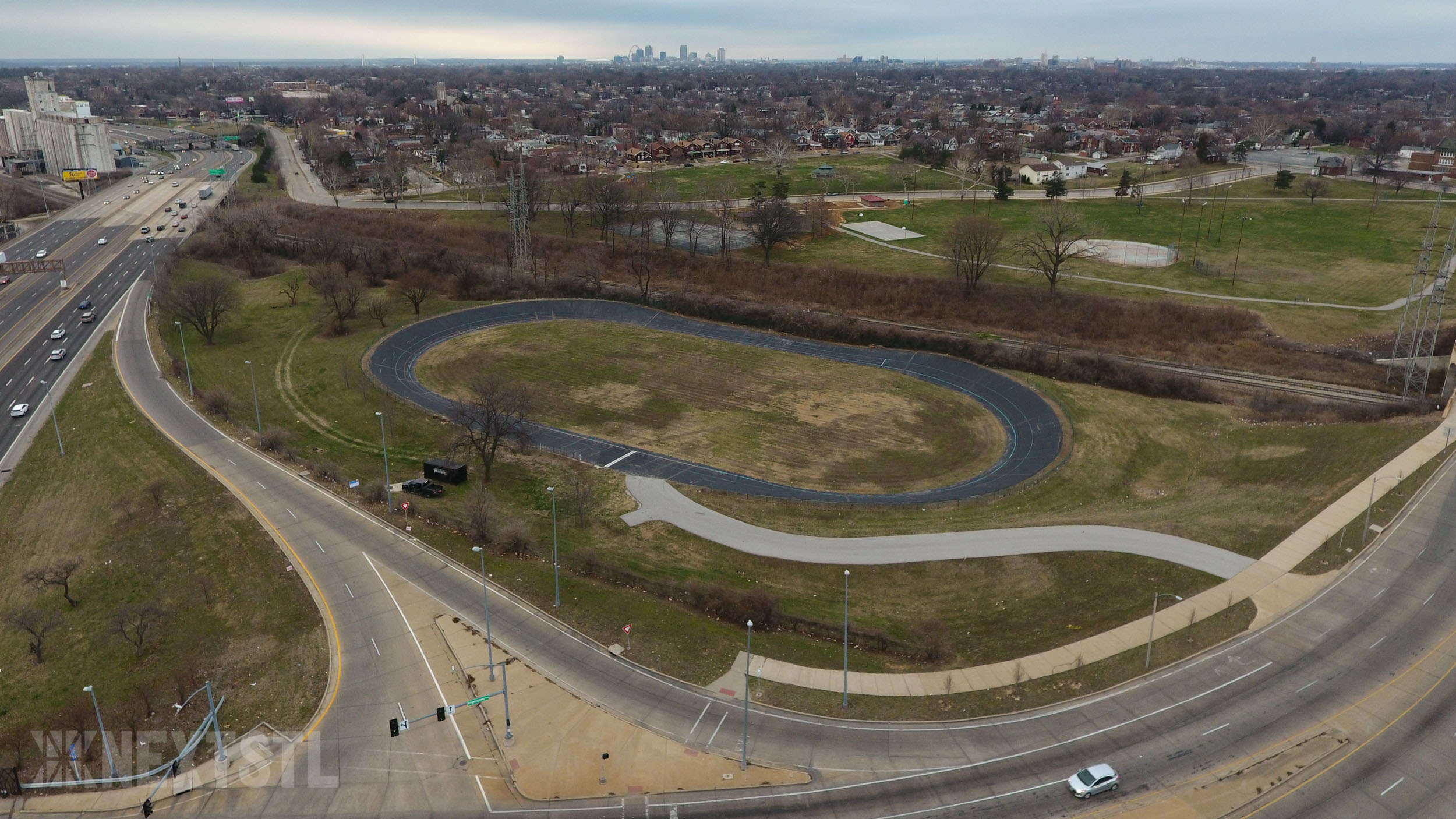 A citizen group known as the Metro St Louis Velodrome Association has announced that they’ve finally secured a commitment for the majority of funding necessary to repair the old bicycling velodrome track in Penrose Park near Kingshighway and Interstate 70. 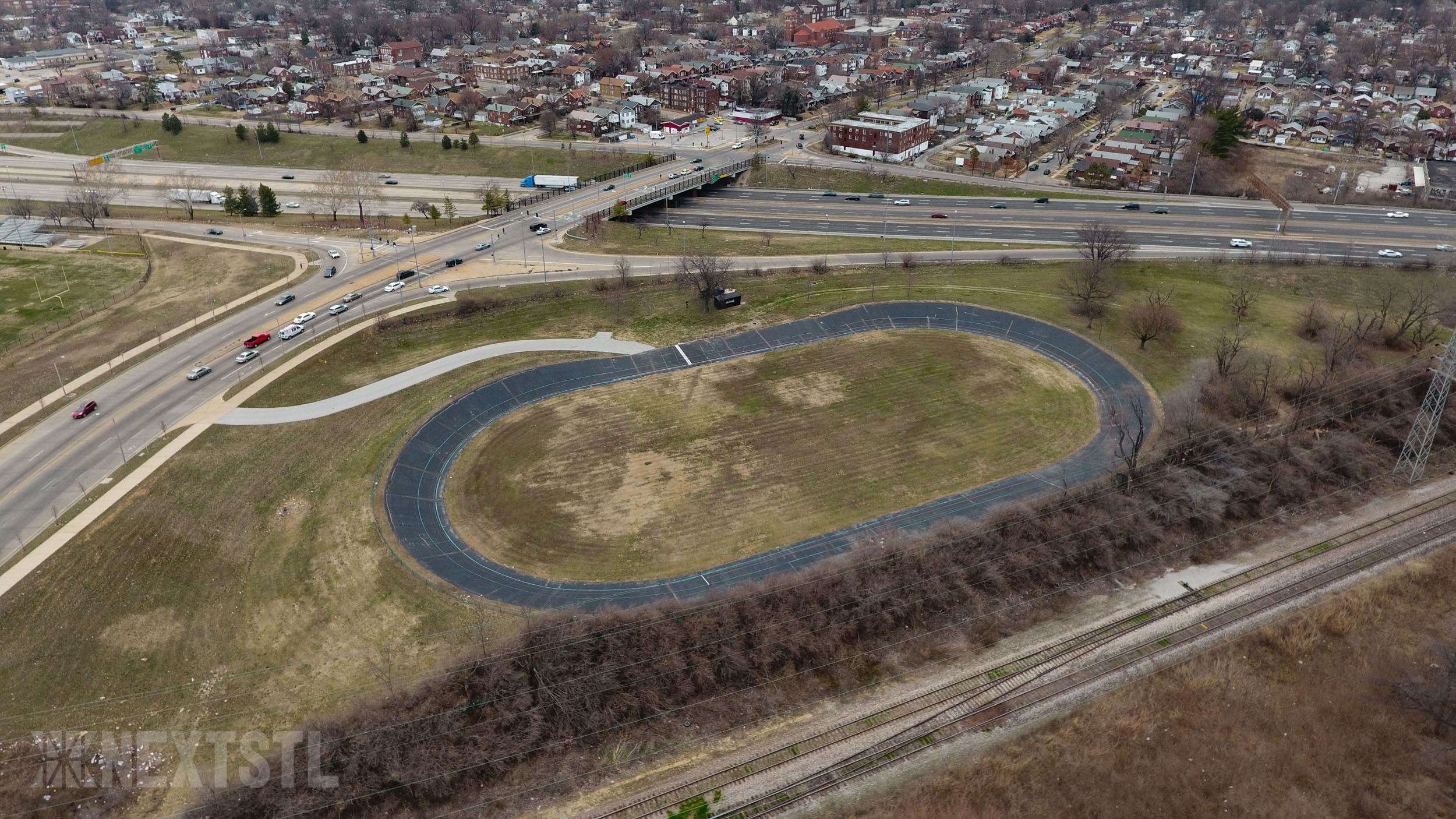 Bicycling velodromes are heavily banked tracks for bicycle races where speeds may exceed 50 miles per hour. The velodrome found in Penrose Park is one of only 27 bicycling velodromes in the United States found listed on the VelodromeShop.net website. Built in 1962, with a resurfacing occurring in the 1980s, and minor repairs in the mid-aughts, the track’s rough surface helps it earn its nickname, “Mr. Bumpy Face.”

A seemingly more ambitious plan was proposed and published on NextSTL in 2013. According to 24th Ward Alderman Scott Ogilvie, The Saint Louis City Parks and Public Works departments evaluated options for the track and settled on a repair of the existing blacktop, an ultra-thin white-topping of the concrete oval, the striping of the lanes, and some infield drainage work.

Ultra-thin white-topping is a relatively new reconstruction or rehabilitation process for failed asphalt surfaces. Most concrete crews gain experience with this process when re-surfacing parking lots. Matt Poirot, the Chief Construction Engineer with the city’s Board of Public Service, explained that the City of Saint Louis, their consultant, the contractors, and the Concrete Council of St. Louis will all work together to address any special considerations that might arise given the steep slopes and unique use case of the velodrome.

The process has been bid out with the lower end of the bids, per Alderman Ogilvie’s Facebook post, coming in at $655,000 for this less ambitious scope of work. Mr. Poirot told NextSTL that the winning bid for the construction phase has yet to be selected.

The city had previously committed to $635,000, so the group is now starting a push to gather the remaining funds from private donors. To that end, the group has started a GoFundMe.com page seeking donations to bridge the gap in funding for the repairs.