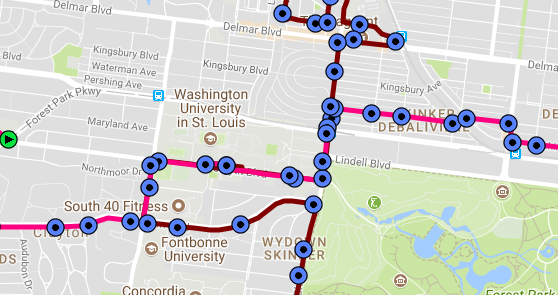 Washington University encourages its staff and students to use transit by offering a Metro U-Pass. It reduces the university’s parking demand and is a $936 per year benefit to users. 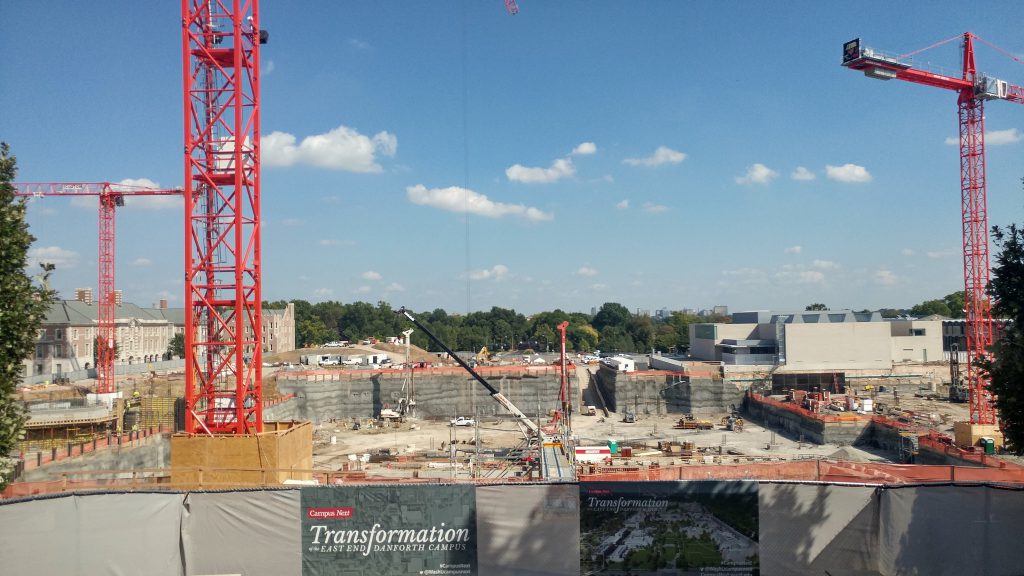 On the other hand the university is making transit harder to use. The east end remake of the Danforth Campus has pushed the #1 Gold (which has seen a degradation in its route in the CWE) and #2 Red (its route was pushed out of the DeMun neighborhood some years ago) bus lines (both have seen reductions in frequency since their creation in 2006) off of Brookings and Hoyt.

Transit works best when it delivers you to and takes you from the middle of things instead of the edge of things (for example Metrolink in Clayton missed the mark by not having a station at Central and Forsyth). Instead of looking into the campus for bus stops, bus riders now have to go to the Mallinckrodt transit center, cross crosswalkless Forsyth at Hoyt, cross Skinker at Forsyth, or cross Forest Park Parkway and Skinker to access the stop at Pershing to take the EB #1 and NB #2. A necessary sacrifice for the massive construction project. 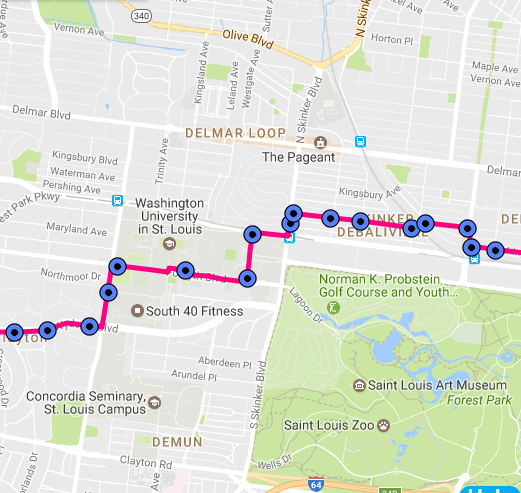 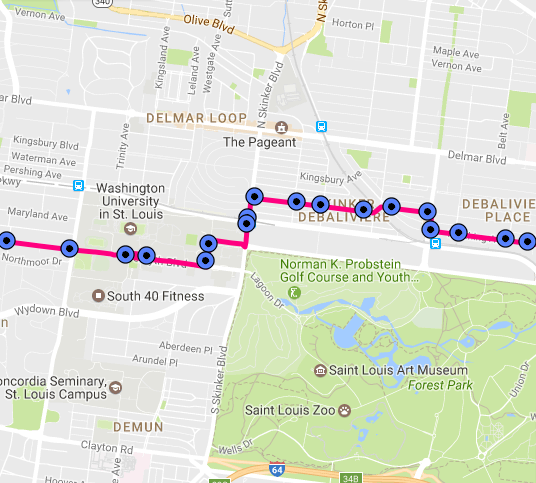 What’s worse is after construction is complete the buses won’t return to their previous routes. The project includes an underground garage that restores access from Forsyth to Forest Park Parkway via Hoyt to continue to provide proximate parking to auto users. The buses won’t be permitted to go through the garage. The degradation of service will remain. Some transportation modes are more equal than others it appears. This decision is regrettable.